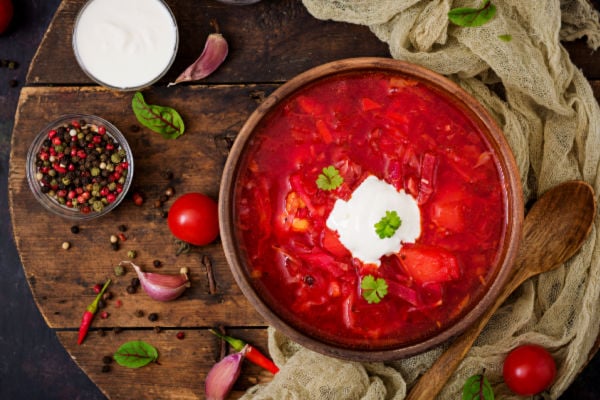 Borscht is a beetroot soup that is sophisticated and soul-warming. This vibrant red soup has been devoured by people in Eastern Europe for centuries. So what does borscht taste like? Is it worth attempting to make this dish at home? Should you order it next time you’re in a restaurant? We’re about to take a close look at the flavor and texture of this classic dish so that you know what to expect.

Describing the taste of borscht

Borscht is a unique tasting beet soup that’s earthy and has a complex range of flavors. The initial burst of sweetness from the beets, onions, and cabbage are soon met with a "tart hit", thanks to the presence of tomato and vinegar. The main ingredient is beet (beetroot), which most would argue is the over-riding flavor of the soup; however, there is also a lemony undertone provided by the addition of dill.

The dish is balanced out with a garnish of sour cream which brings out a creamy, luxurious texture. Add beef, chicken, sausage, bacon, or another type of meat to increase the umami flavor and give the broth a richer mouthfeel.

The consistency of borscht ranges from runny to a thick and hearty texture that your spoon will stand upright in. Its aroma is warm and inviting, with pungent sweet and sour notes. It is easy to understand why this meal is so popular during the cold North European winters. 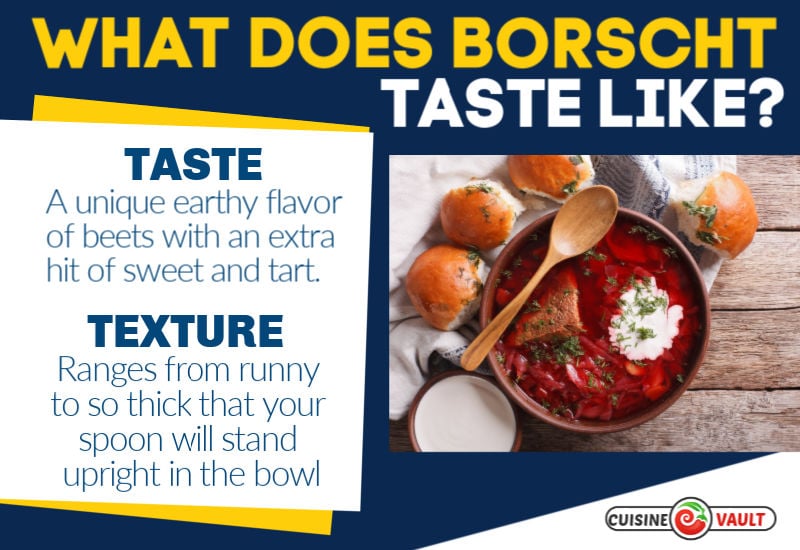 Borscht is earthy, sweet, and tart in one bowl.

A flavor comparison of 5 varieties

Borsch will often have a set of core ingredients such as beets, cabbage, carrots, potato, and garlic. But, there are many variations, with different regions putting their own spin on the original recipe. Most households will also have their own favorite set of ingredients they use. 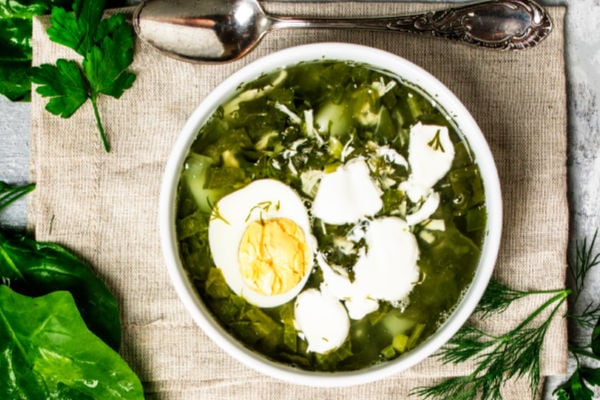 Green borscht is a Ukrainian invention and its use has spread through to other parts of Europe. Instead of using beets, leafy greens such as spinach, nettle, or chard are added to sorrel, which brings added tartness to the soup. Although this is a lighter and less earthy soup, it can still have meat added along with hard-boiled eggs, potatoes, and dill. The result is a flavor-packed, hearty dish that's full of nutritional value. 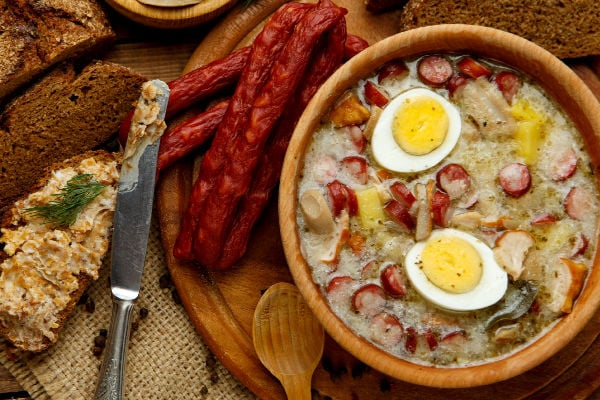 A sausage-packed soup that is mildly sour and filling.

White borsch is revered in Polish cuisine and incorporates fermented rye flour, water and oatmeal. A sausage-water base is the building block of this soup. The taste of white borscht is slightly tart due to the addition of kwas (kvass), an ingredient that sours the soup. Sausage, eggs, and a range of herbs are traditionally added. 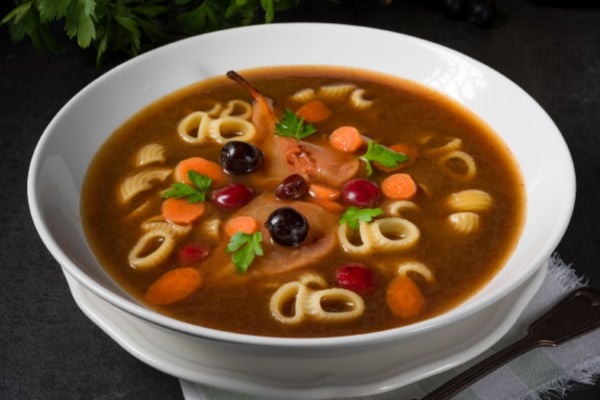 Poultry blood is an essential ingredient in czernina.

Not for the faint-hearted, gray borscht, or czernina, is a soup made from vinegar and poultry blood. It is a rich-flavored broth that is sour and a little acidic but is well balanced by the addition of dried fruit. This soup is very popular in Poland.

Borsch is traditionally served as a thin broth containing vegetable chunks and meat. There is also a pureed version which is smooth and silky.

During the warm months of summer, Europeans prefer to serve borscht cold, from the fridge. Pink beet juice is traditionally blended with a sour liquid such as kefir, buttermilk, yogurt, or sour cream. The mixture is then poured over the top of finely diced vegetables, meat, eggs, and sprigs of fresh dill. If you're making this dish at home and have no fresh dill then take a look at these dill alternatives.

There are already a lot of competing flavors in borsch, so you don’t want to complicate the recipe with too many additional herbs and spices. Instead, it is best to focus on the beet and choose flavors that complement it. Dill, bay leaf, garlic, cilantro seeds, marjoram, salt, and pepper are all good options.

In the United States, borscht is often served as an entree (starter), with crusty bread and butter for dunking.

Ukraine and Russian borscht eaters prefer it as a main course. Scooping in a liberal dollop of sour cream adds a rich, velvety texture and transforms a runny soup into a more substantial meal. Borsch can also be accompanied by: 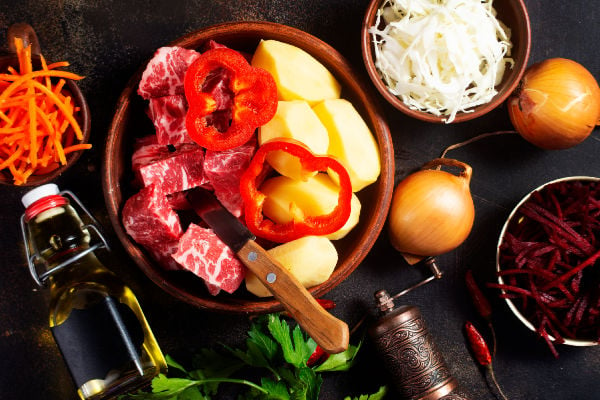 Further reading:
What does haggis taste like?
What is a useful parsnip substitute?

If you love soup then you may want to know what borscht tastes like? Those who try this food for the first time often describe it as delicious. Its color is inviting, but it’s the earthy, sweet, and tart flavor combination that is hard not to like.

If you are considering making one of these soups at home then we recommend choosing a red borscht recipe. This is the type that most people associate with borscht. Of course, meat is optional so if you’re vegetarian then simply leave it out.

A few final words: don’t skimp on the dill or sour cream; they’re two essential additions that help complete the meal. And if you’re going with a Russian-themed dinner, remember to always serve vodka shots! They're guaranteed to make your night enjoyable, even if it turns out that borscht isn’t to your liking after all.

What is your favorite type of soup that you prefer to cook? Please share with us in the comments below and we’ll look to add the recipe to our site (if we haven’t already).