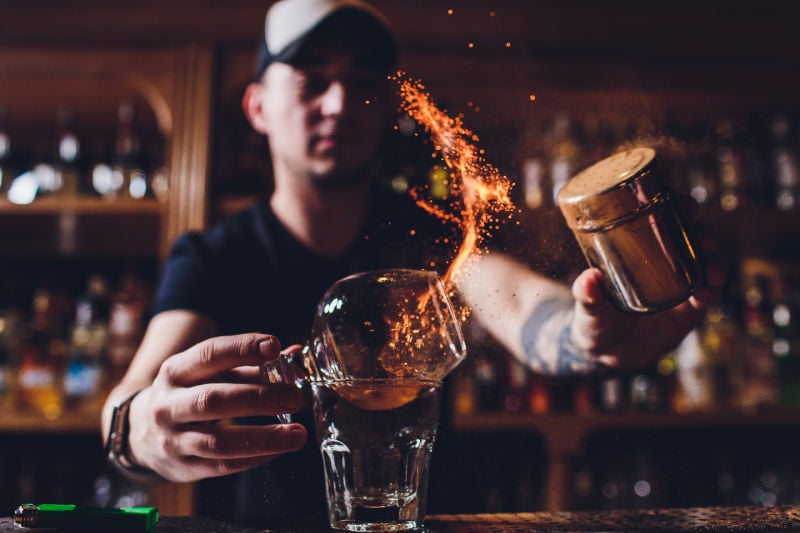 Goldschlager is a sweet, cinnamon-flavored schnapps liqueur with a hot and spicy undertone. This syrupy, clear Swiss drink has gold leaf flakes which give it a unique appearance. It is ideal to sip quietly next to a winter fire or for spicing up cocktails at your next ski lodge party.

Goldschlager can be a challenge to find in some countries and it’s also expensive. If you’re looking for an alternative liquor, then keep reading. We’ve created a handy list of Goldschlager substitutes for any drinks and cooking.

What can I use instead of Goldschlager?

To replace Goldschlager you can use an alternative cinnamon schnapps brand like Bols, Goldwasser, Aftershock, or De Kuyper. For a no-alcohol replacement in cocktails and cooking try a cinnamon cocktail essence. You can also make your own low-cost version of Goldschlager by combining LiquorQuik Goldrush Cinnamon Schnapps Essence with sugar and vodka.

Most folks looking to replace Goldschlager want a cheaper alternative that won’t ruin the taste of their next cocktail. Here are some decent brands of cinnamon schnapps you can try in your next Flame and Spice or Apple Pie cocktails.

If you want to spice up cocktails then try a cinnamon cocktail essence. They're a low-cost option that allow you to add cinnamon flavor to drinks.

Keep in mind that some cinnamon flavorings are a type of bitters so they’ll contain low levels of alcohol.

For a non-alcoholic way to get the taste of Goldschlager, buy a bottle of Hot Cinnamon Schnapps made by Still Spirits. You can add this to your favorite mocktails to make delicious drinks like a Hot Gold Apple Cider.

Of course, you can also mix the Still Spirits essence into a neutral spirit like vodka. The flavor will be harsher and the alcohol content stronger than schnapps so use a little less when mixing into other drinks.

LiquorQuik produces a wide range of essences for flavoring spirits including Goldrush Cinnamon Schnapps. It is an excellent option for replacing Goldschlager. You get the hot and sweet cinnamon flavor as well as real gold flakes, like the original bottle.

To make a Goldschlager substitute, combine the bottle with sugar and vodka. If you can make your own neutral spirit using a moonshine kit, then you’ll be able to make seriously cheap schnapps.

There’s plenty of choices when it comes to cinnamon whiskey, but you’ll do well to choose Fireball. Get a similar cinnamon flavor that comes from Goldschlager, with the added smokey, complex taste of whiskey.

Although the two liquors are different, that won’t stop you from taking shots or making delicious drinks like the Aftershock or Hot Damn! Many people consider Fireball to be a smoother drink with a better cinnamon taste than Goldschlager. The best part is, you’ll save a few bucks by making the swap. 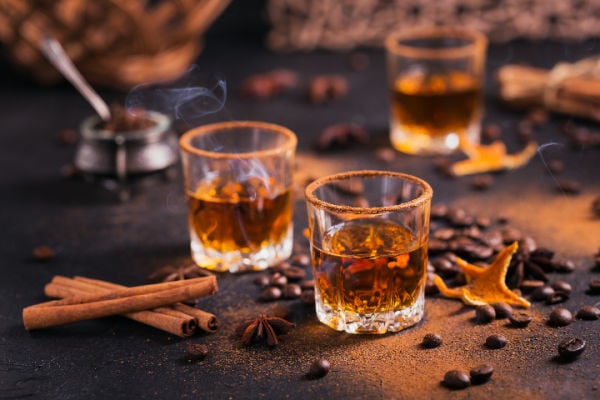 Cannella produces a bottle of cinnamon cordial that’s nothing like the regular version. This is a hand-crafted premium product that is perfect for sipping as a digestive or mixed into craft cocktails.

Canella combines brandy with neutral spirits and spices. A blend of four different varieties of cinnamon from around the world is also added to the mix. The result is a clean-tasting cinnamon liqueur without the cloying syrupy consistency you get from many liqueurs.

This bottle isn’t a great choice if you’re looking for a cheaper option than Goldschlager. But it has the cinnamon-front taste and will work deliciously as a replacement in a Rooster Cocktail or Atomic Bourbon. Sipping it on its own is probably the best way to appreciate the fine blend of flavors though.

If you’re in a pinch, spiced rum will work in cocktails or dessert recipes. Sailor Jerry offers a bold taste of cinnamon and cloves without the sweetness. Alternatively, Captain Morgan has a bit more bite with a caramel and vanilla undertone. The best choice will come down to personal taste preferences.

If you don’t enjoy the burn that comes from your average bottle of cinnamon spirit, deZir may be a good alternative. This is a smooth-tasting liquor that’s sweet and spicy. It’s great for making drinks like Crack Shot, Capeta, Cinnamon Toasty Shot, or Oatmeal Cookie Shooter.

If you enjoy tequila and don’t like the taste of Goldschlager cinnamon liqueur, then Peligroso Cinnamon may be the right substitute for you. It is made by infusing pure cinnamon and a range of secret ingredients with agave blanco tequila. A pleasant balance of spicy and sweet

Related reading:
What is a good St Germain alternative?
How to I replace Banana liqueur?
What's a tasty replacement for Italicus?
What are some useful sloe gin substitutes?

Goldschlager features in plenty of cocktails and shooters, but it’s not always easy to find and the price won’t appeal to everyone. If you need a replacement then some other popular cinnamon schnapps brands are Bols, Goldwasser, Aftershock, or De Kuyper.

For a low-cost option, find a cinnamon cocktail flavoring or essence. You can mix these with sugar and a spirit like vodka.