When you go to Starbucks, you often look for a drink to boost your energy. You probably know that coffee has plenty of caffeine, but you might wonder if there’s caffeine in the Starbucks Refreshers. 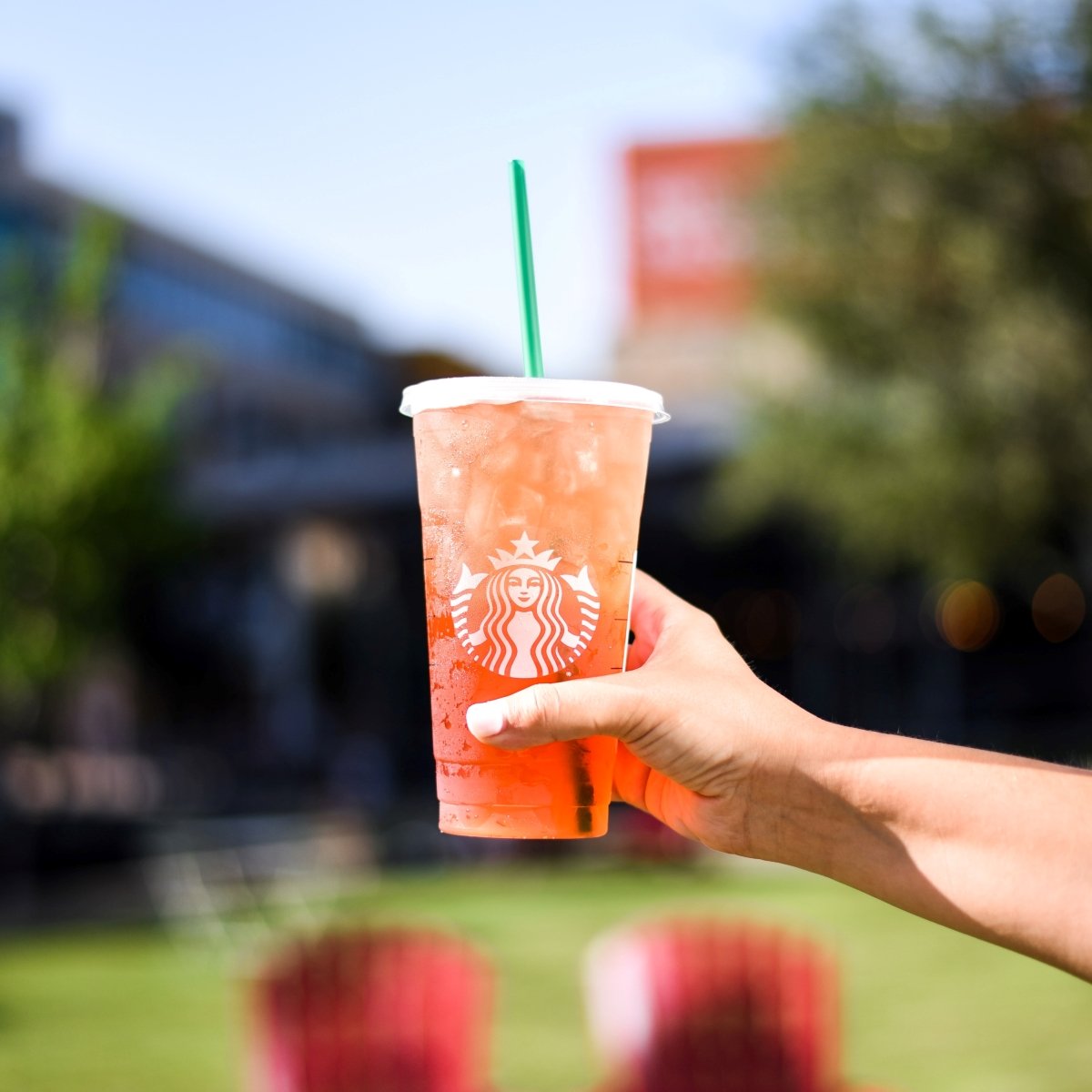 This article will teach you everything you need to know about the caffeine in Starbucks refreshers so you can decide if it’s the right drink choice for you next time you go.

What Type of Caffeine is Used in Refreshers?

Because the beans have not been roasted, they lose less chlorogenic acid. Chlorogenic acid has been associated with health benefits such as a reduced risk of developing conditions like obesity, diabetes, cancer, and inflammation.

This means that the caffeine in a Starbucks refresher has the potential to be slightly healthier for you overall.

How Much Caffeine in Each Size?

An important decision you make when choosing any Starbucks drink is what size you want. Obviously, the size will influence the amount of caffeine in the beverage.

Here is a list of the approximate amount of caffeine in a Starbucks refresher for each size of drink:

If you’re looking for an amount of caffeine similar to a Tall of drip coffee, the Trenta size is your best bet.

But if you’re trying to lower your caffeine consumption, a refresher in a smaller size could be a good choice.

Is There the Same Amount of Caffeine in Each Flavor?

All Starbucks refreshers have the same amount of caffeine, regardless of flavor.

This is because all Starbucks refreshers get their caffeine from the same source. They all use green coffee extract to caffeinate the beverage itself.

So, if you want to manipulate how much caffeine you're consuming in your Starbucks refresher, you need to pay attention to the size, not the flavor.

RELATED Do Starbucks Frappuccinos Have Caffeine?

How Much Caffeine is in a Refresher Compared to Starbucks Coffee?

Now, this is the question that you are probably most interested in if you’re at Starbucks. Many people wonder if a refresher will give us the same energy buzz as a cup of coffee.

The answer depends on what type of coffee you’re comparing the refresher to.

If you get a Grande of Starbucks’ standard drip coffee, you’re already looking at about 300 milligrams of caffeine. This is because a grande is about 16 ounces of strongly brewed coffee.

In short, all refreshers will have less caffeine than their coffee counterparts at Starbucks. So don’t be disappointed if you don’t get the anticipated caffeine buzz you would from their coffee.

Why Less Caffeine in Your Starbucks Drink Might Be Good

If you’re like me, it can be hard to imagine a situation where you would choose the less-caffeinated beverage at Starbucks. But there are reasons why it might be a good choice for you.

Certain populations may want to be more mindful of their caffeine consumption for their health. Research indicates people with cardiovascular disease may need to be more intentional about not consuming too much caffeine.

Another group that should be mindful of caffeine consumption is pregnant women. Studies indicate that too much caffeine can potentially impact the fetus's health negatively.

If you fall into one of these groups, a Starbucks refresher might be a better drink choice than coffee.

RELATED Starbucks Pink Drink: What It Is And How Much It Costs

Are There Any Other Benefits to Drinking a Starbucks Refresher?

Besides being a lower caffeine option, drinking a Starbucks refresher has other potential health benefits.

The main benefit comes from being a lower-calorie drink relative to many of Starbucks’ other drinks. A grande refresher has about 70 to 90 calories.

To give you an idea of how this compares to other Starbucks drinks, a standard latte with no added flavoring syrups has about 190 calories. And if you’re a frappuccino lover, a grande has anywhere from 240 to 470 calories.

The only option that would be lower than a refresher is black coffee or plain tea. But I don’t know many folks who go to Starbucks for those options.

Drinking a Starbucks refresher might save you some unwanted calories while still giving you a small caffeine boost.

The caffeine in a Starbucks refresher comes from green coffee beans. This means there is more chlorogenic acid in the beverage, which could have health benefits for you.

Compared to other Starbucks coffees, refreshers will have much less caffeine. This could make it a good drink choice for caffeine-sensitive individuals, individuals with cardiovascular conditions, and pregnant women.

Starbucks refreshers tend to be lower in overall calories relative to many Starbucks drinks. This may make it a more friendly weight-loss or weight-management option at Starbucks.

Whether you already love Starbucks refreshers or you’ve been wondering whether to give them a try, you are now equipped with all the knowledge you need to make that choice.