The main difference between bucatini and spaghetti is that it has a hole running through its center and is slightly thicker than spaghetti. The shape of bucatini helps it soak up more liquid and sauce, which makes it taste better and have a more interesting texture. 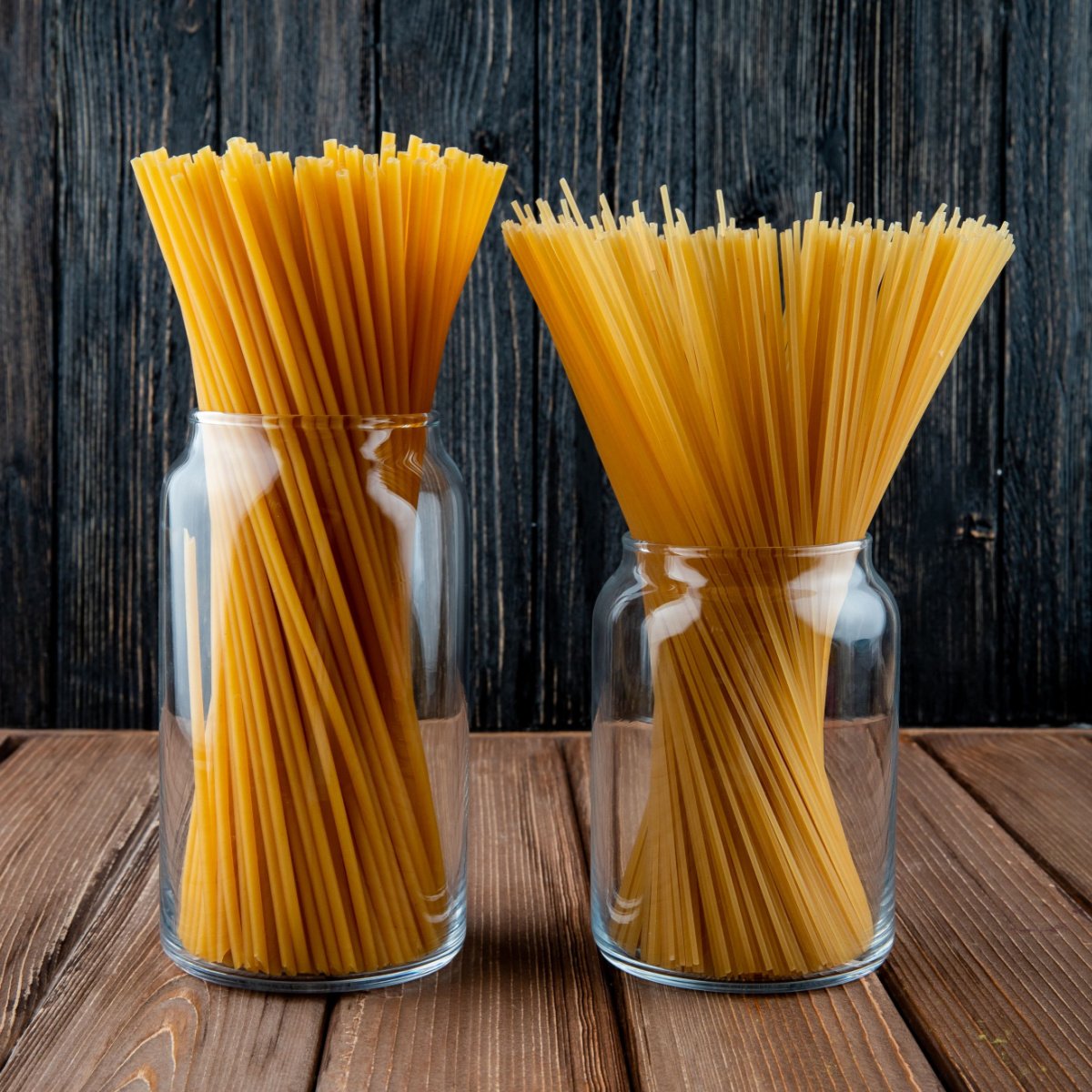 Most people never heard of bucatini while growing up, but these long tubes have become ever more popular in the last few years. Read on to differentiate the two pasta types better.

This makes it the perfect vehicle for smooth sauces with few or no chunks, like Cacio e Pepe or carbonara.

What Is Bucatini Pasta?

Their name comes from the Italian word buco, meaning "hole." In some places, this pasta is also known as perciatelli, which means "pierced."

When you cannot seem to find bucatini in your local supermarket, the reason might be that it says perciatelli on the packet!

Because of the hole in the middle, bucatini fill up with velvety smooth sauces, providing a lot of flavor per bite. This makes them ideal for creamy butter, cream, or seafood-based sauces.

The origin of the hole inside bucatini likely lies in the traditional method of making it by hand, though.

The pasta dough was stretched around a thin rod called a ferretto, which was then withdrawn, resulting in the hole.

While you can buy Ferretto for your personal kitchen, most people for whom cooking is a more casual hobby—or a simple necessity—consider this method to be too much of an effort.

Why shape every single noodle by hand when a machine can do it much quicker?

More dedicated home cooks might enjoy the feeling of accomplishment that comes with eating something that has been painstakingly crafted by hand, though, and giving something a try is never a bad idea.

If you do not want to commit to buying a ferretto, you could improvise with a knitting needle or the wire part of a clothes hanger.

Bucatini is cooked for 8 to twelve minutes. It is recommended to use a shorter cooking time and finish it up in the pan with the sauce so that it is soaked full of flavor.

The danger of cooking bucatini too long is that it swells up, closing the hole in the center. The result is a thick and chubby spaghetti, so keep an eye on the timer!

A central difference between bucatini and spaghetti lies in their production process. Spaghetti are rolled, but because of their hole, bucatini have to be extracted from a machine.

To make bucatini at home without resorting to the traditional method I mentioned above, you will need a pasta maker with an extruder.

The dough is then pressed through a perforated disk that produces the long, hollow strands.

While bucatini's biggest advantage over spaghetti is its ability to fill up with sauce, a lot of the fans of this particular pasta shape also insist that it is simply more fun to eat since the hole adds an interesting, unexpected texture to the meal.

In most dishes, you can replace spaghetti and bucatini with each other. In the end, it comes down to personal preference, whether you enjoy the traditional mouthfeel of spaghetti or the maybe more exciting texture of bucatini.