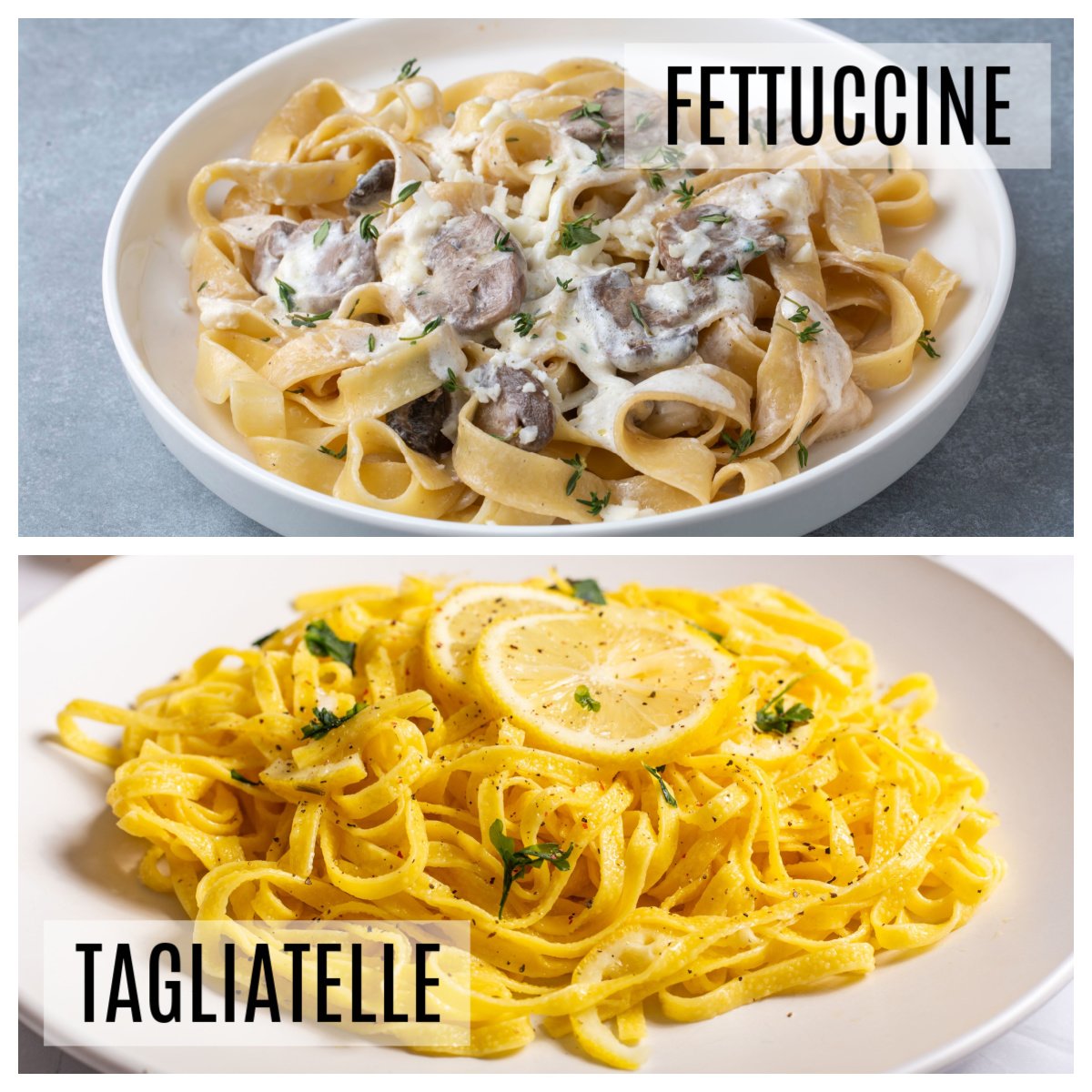 While these thick and long kinds of pasta almost look similar, there is a difference in how they're made. Tagliatelle contains eggs, while fettuccine does not. There are more differences between fettuccine and tagliatelle, and you're on the right page if you wish to know them.

Though fettuccine and tagliatelle look almost identical, there are some differences between the two.

Let's take a look at some of the primary differences between the two:

Some of the similarities are:

Tagliatelle is of northern Italian origin. Tagliatelle is longer and thinner, made with wheat flour (the regular kind with eggs). This pasta is typically served with a meat sauce and is used in delicate and milder recipes.

The dough is rolled using a rolling pin. After rolling, you should cut the dough into strips.

The noodles' width is around 6 mm to 9 mm. They look like flat shoelaces. It is generally cooked with Bolognese sauce or other sauces. It has another long, cylindrical version called tagliolini.

How is Tagliatelle Made?

Place around 180 g of flour on a wooden board. Keep about 20 g in a smaller bowl aside. Make a volcano with a hole in the center.

Crack and pour your eggs into the center. Beat the eggs lightly and mix them into the flour mix. Don't break the wall too soon. If the dough is very moist, add 20 grams of flour.

Bring the blend together with your hands and a spatula to make dough. Work the dough for 10 to 15 minutes with the heel of your hand until the mixture is elastic and smooth.

Wrap and refrigerate for 30 minutes. Dust the board and flatten it with a rolling pin after 30 minutes. Roll and cut thin pasta sheets that are less than 1 mm thick. If you are carrying a pasta machine, divide them into 4 prior rollings.

Roll the sheets and cut them into ¾-cm-wide strips. Dust them and cook them in salted water. You can freeze this pasta for around a month.

Fettuccine has a width between tagliatelle and tagoline. They are popular in central Italy, in places like Tuscany, Umbria, and Lazio.

They have a long and flat shape. It is made with flour and water to extend its shelf life. It is used with various types of herbs to enhance its flavor. It is served either with Alfredo or ragu sauce.

How is Fettuccine pasta made?

The preparation is the same as for tagliatelle, but you can replace the eggs with water. The width of the strips should be ¼ inch wide. The rest of the preparation process remains the same.