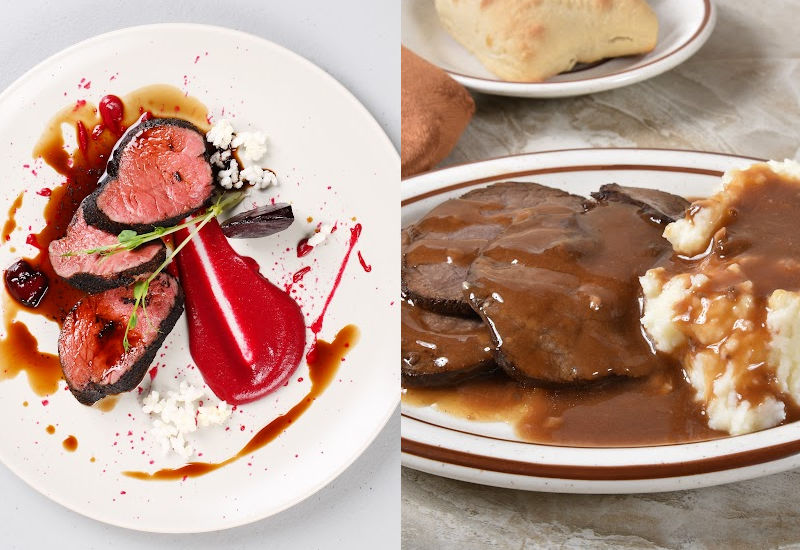 In many parts of the world, gravy is a popular sauce that needs no introduction. But what about a demi-glace? Are they the same thing? If you’re wondering what the difference is between gravy and demi-glace then keep reading. We’re going to look at each sauce's flavor, method of cooking, and uses in the kitchen.

What’s the difference between a demi-glace and gravy?

Demi-glace is a flavor-packed, rich sauce with a thick syrupy consistency. Authentic recipes are complex, made by reducing Espagnole sauce and bone stock all day.

Gravy has a meaty, savory flavor and a consistency ranging from runny to thick. It is poured over food during serving. While demi-glace can also be used for this purpose, it's a useful element for adding layers of delicious umami flavor to other dishes.

As you can probably imagine, reducing a sauce all day results in intense flavor. That’s what you get from demi-glace. Its rich, meaty flavor gives food extra taste that no packet flavoring can achieve.

Gravy has a savory flavor with a little saltiness (but not too much). Recipes can range from mild to very flavorsome, but they’re still much less concentrated than demi-glaces. 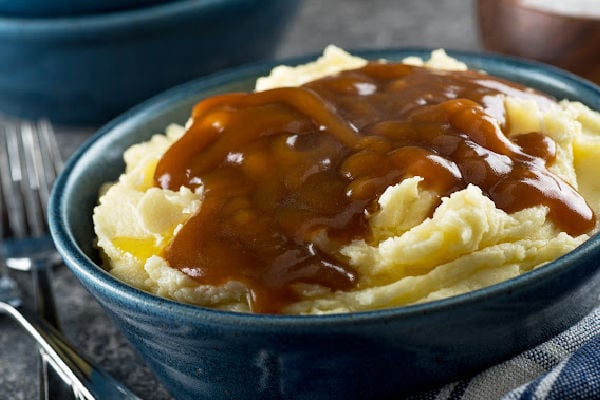 Making a French demi-glace is far from quick and easy. Recipes often call for 8 hours of reduction, which is needed to get all that flavor out of the bones.

There are two elements to making demi-glace:

Equal quantities of Espagnole and stock are combined and reduced by half to make a demi-glace. 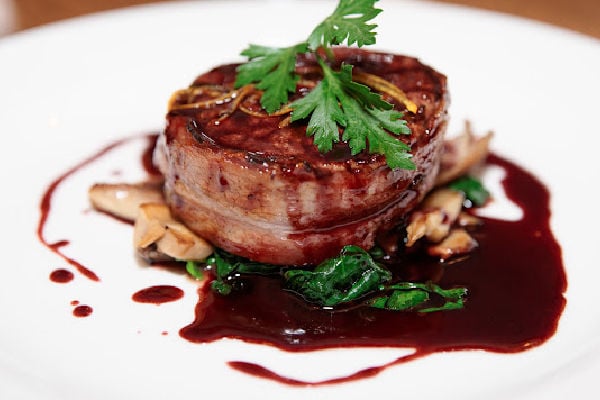 Making gravy is a relatively quick process. After cooking meat, heat the pan on a stovetop with flour, butter, and a splash of liquid like wine, verjuice, or lemon juice. Ensure all the leftover bits are scraped off the sides as they’re packed with flavor. After a few minutes, stock is added and stirred frequently until the liquid thickens.

Making gravy usually only takes 5-10 minutes at the end of the cook. For those short on time, ready-made packs of gravy can be purchased from the grocery store.

Is making demi-glace worth the effort?

With all the effort required to make a traditional demi-glace, you may think it sounds like too much work. But keep in mind that the sauce is made in one large batch, which can then be poured into portion-control containers and frozen. One day spent making demi-glace could provide your kitchen with months of delicious flavor for other recipes.

Chefs and home cooks mostly use gravy as a finishing sauce, poured on top of food like roast beef, lamb, veal, chicken, and turkey. It’s also a great match for meatloaf, mashed potatoes, chips, and vegetables. Leftover gravy can be stirred into pasta, noodles, and some Japanese curries although this isn’t so common.

While a demi-glace can be poured over food like a tender filet mignon, it is often used as a flavor base in stews, casseroles, rice, and soup. Depending on the amount of food you’re cooking, usually, only one or two tablespoons of the sauce is all that’s needed. Any more and the demi-glace will swiftly overwhelm the dish.

Other handy uses for demi-glace include adding to gravy for a richer flavor. Also, add it to roasted meat, pork chops, steak, and other meat at the end of cooking to boost flavor.

Recommended reading:
How do mayo and hollandaise differ?

Is demi-glace the same as gravy?

Gravy is a quick and simple sauce that is poured over food like meat, vegetables, and fries as a meaty, savory topping. Demi-glace can take up to a day to make and has an intense flavor, best used in moderation as a finishing sauce. It is also a useful ingredient to enhance other food.

What can be substituted for demi-glace?

If you’re short on time, then some grocery stores sell pre-made products like Demi-glace Gold. People who have time up their sleeve but don’t want to make demi-glace themselves can also search online for a range of products. There are demi-glace products made by well-known brands such as Heinz, Knorr, and Maggi but these are mostly focused on chefs in the foodservice industry.

You could also try bouillon or consomme as a substitute in a recipe, but they have a much milder, shallower depth of flavor.

What is the difference between demi-glace and jus?

While demi-glace and jus are both reduction sauces, they are not the same. A jus is commonly made by reducing leftover bits of roast meat with ingredients like stock, seasoning, wine, and butter for 30-40 minutes. Demi-glace is allowed to simmer for up to 8 hours and is a reduction of stock and brown sauce.

If you’re serious about your sauces, then you’ve probably already learned the art of making a good quality gravy (or know where to buy the best premade products!). But the demi-glace sauce is lesser-known and can cause some confusion.

You’ll do well to learn how to make homemade demi-glace if you enjoy cooking fancy food. At first glance, a recipe may seem like a lot of hard work, but one batch can easily last a month. That’s because it’s used in small quantities, whether it’s added as an ingredient or a finishing sauce.