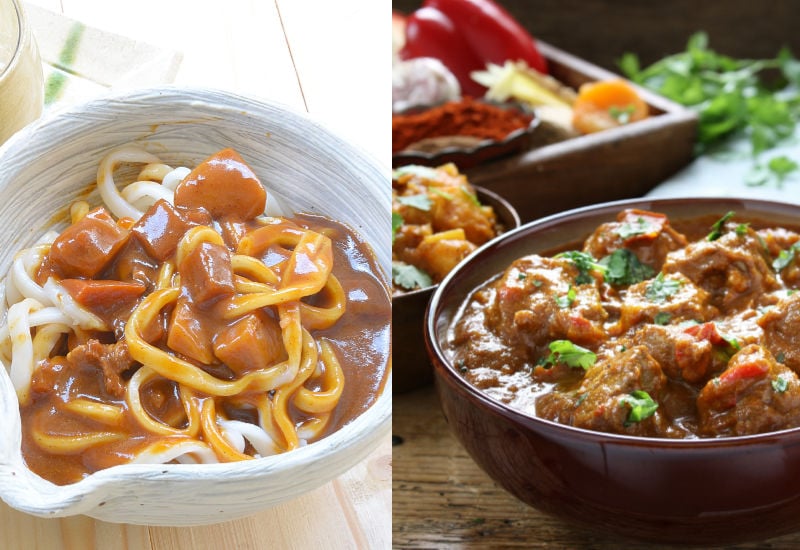 To the untrained eye, Japanese curry looks suspiciously like Indian curry. They’re both flavor-packed, fragrant sauces that bring meat, fish, and vegetables to life. They’re also equally suited for finishing off an action-packed night out on the town. However, the difference between Japanese curry and Indian curry is significant, and we’re about to put them both under the microscope. By the end of this article, you’ll be a curry connoisseur.

Japanese curry has a thick gravy-like texture that is usually milder and sweeter than Indian curry. The base vegetables used are often onion, carrots, and potato with chicken, pork, or beef being the popular meats. The flavor of curry from Japan is sweeter than the Indian variety and is umami-rich. Japanese curry is commonly made using a packet curry mix and is accompanied by sticky Uruchimai rice.

Indian curries can range from soup-like in texture to very thick. Instead of using a packet mix, the base is made up of a diverse selection of spices that could include turmeric, brown mustard seeds, Garam Masala, fenugreek, and cumin. The spices are cooked in a pan to release the aromatic fragrances and enhance the flavor of the dish. Indian curry is packed with vibrant flavor and often uses meats such as chicken, lamb, and fish. Beef is never used due to Hindu culture, which is predominant in India. Basmati rice is the popular choice of side dish to serve with traditional Indian curries.

In the late 19th century, curry powder was introduced into Japan¹, during the Meiji era. Since then, the dish has been adapted to suit the local diet. To get a better idea of what a Japanese curry tastes like, check out the following three popular dishes. You may notice that all three have a similar thick texture and they're all a "brownish" shade. 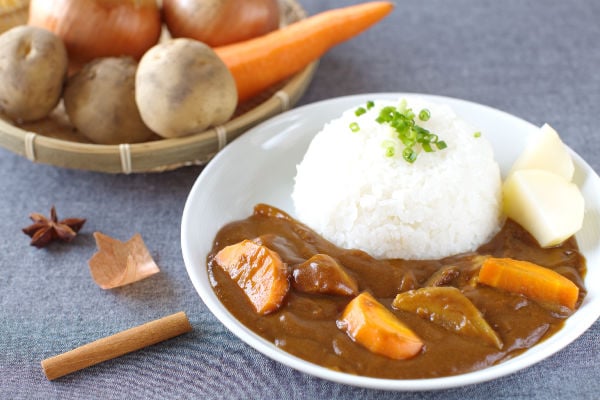 One of the simplest meals, that is commonly served for lunch at offices and in schools, is curry rice. The type of meat varies depending on which part of Japan it’s made in. Beef curry is the meat of choice in Osaka, while pork curry is Tokyo's favorite. 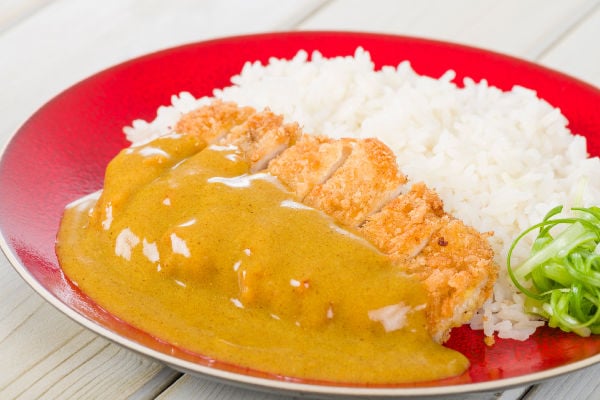 Katsu curry is a cutlet of pork, beef, or chicken, crumbed and fried. It is sliced into pieces and topped with rich gravy. The meat fills one half of the plate and rice completes the dish. This meal is usually served on a flat plate rather than a bowl.

Katsu Don is a more impressive dish visually. A bowl of rice is topped with a layer of egg and sliced meat. Finally, everything is smothered in curry sauce. 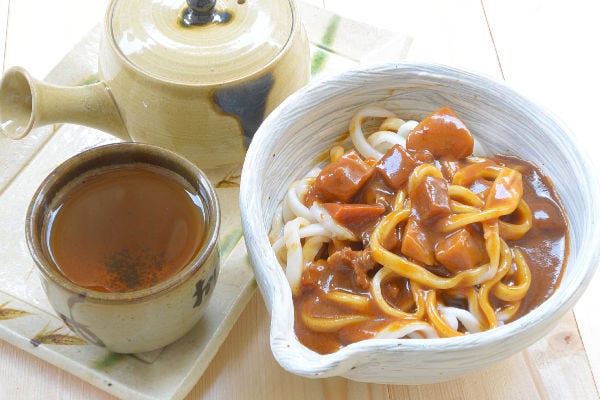 Curry udon takes everyday udon noodles and covers them in a curry sauce which incorporates a seafood stock base. The consistency of the curry isn’t as thick and the flavor of soy sauce is more dominant.

Indian curry has existed for many years and it comes in a wide array of flavors, colors, and textures. Three of the most popular meals are listed below. Notice how the colors are diverse, and the consistency ranges from thick and rich, to runny. Some Indian curries can also be dry, where spices are added to meat of vegetables without any sauce at all. 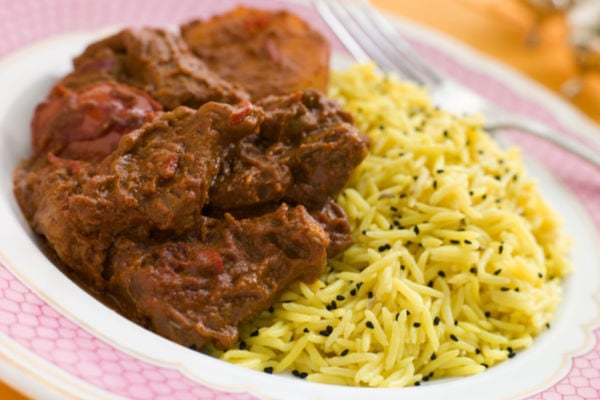 Let’s start with the hottest dish of the three first. Vindaloo originated from Goa and is a fiery thick tomato-based curry. It incorporates meat that has been marinated with wine and garlic and often includes ginger, chili, vinegar, and various other spices. 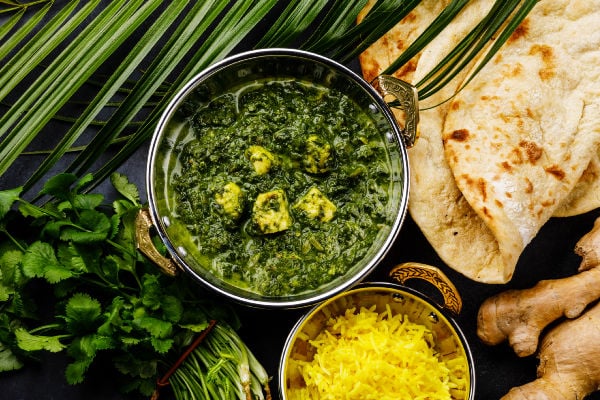 Indian curries are often described as being vibrant and there is no better example of this than palak paneer. A green curry is mixed with paneer cheese to create a delicious soul-warming meal. The green color comes from mustard greens, spinach leaves, or other in-season leafy greens. Palak paneer is not as spicy as vindaloo but it does have a medium level of heat.

Do you know the difference between saag and palak paneer? Check out our article which compares these two types of food. 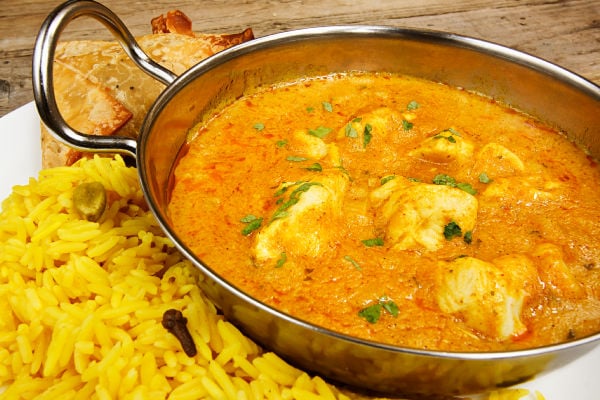 Korma is a popular mild curry that is luxurious and thick. Although it isn’t spicy hot, it is packed with flavor thanks to the addition of ingredients such as cumin and cilantro, combined with cream or yogurt. Meat or vegetables are braised in the korma sauce until tender.

Related reading: What are the best korma paste substitutes?

How did curry originate?

The term “curry” comes from the Tamil word “kari”, which is defined as a relish for rice or a sauce. In India and Sri Lanka, a curry is a versatile term that covers a huge range of different meals. Visit an authentic restaurant and check the menu to see the array of flavorsome curries on offer.

The British colonizers created their own take on the Indian curry – a powder made of turmeric, ginger, cumin, chili, and ground coriander (cilantro). This mix became a standardized spice which the English used to make their curries. Eventually, curry powder was introduced into Japan, where it was adapted to fit the local taste profile.

Here's a quick infographic summing up some of the major events in the development of curry. 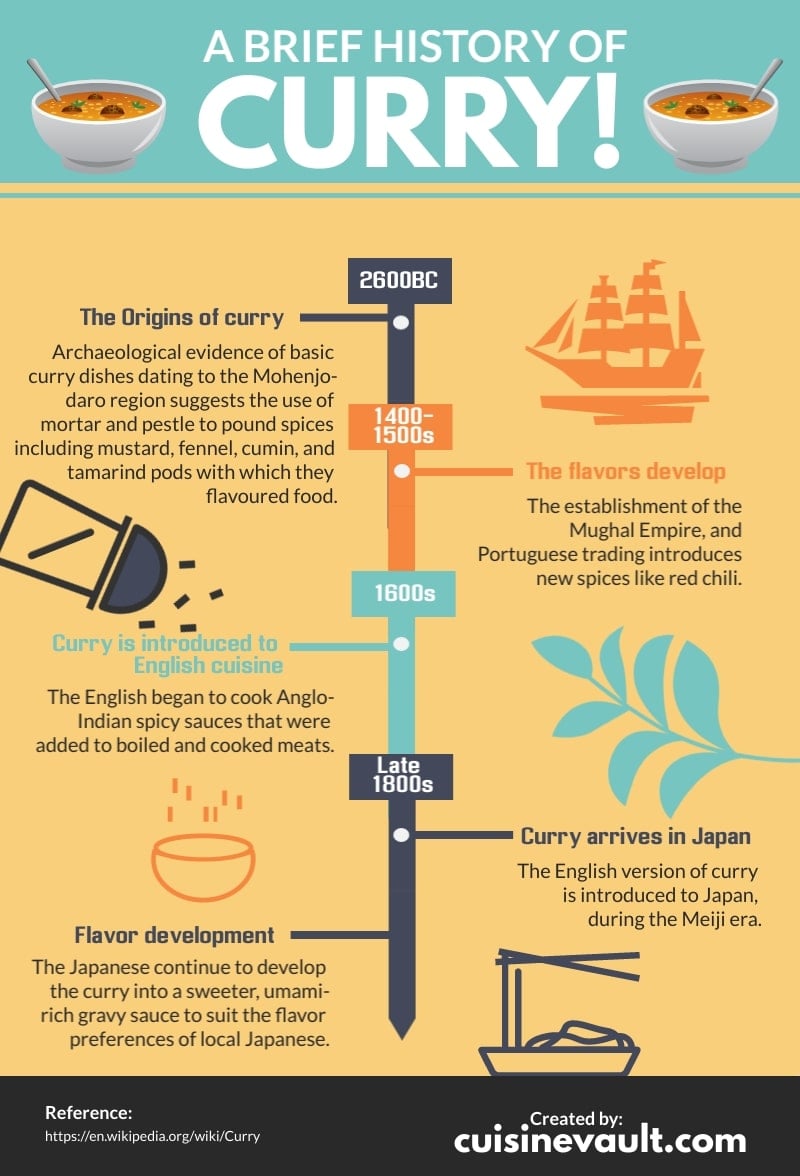 Related reading:
Thai curry vs. Indian curry - how do they differ?
Discover how butter chicken and chicken tikka masala differ.
How do ponzu and soy sauce differ?
What are the best khoya substitutes?

If you’re unsure about how Indian and Japanese curries differ, then it may be useful to think of it this way: Indian curries vary widely in flavor, spiciness, and texture; often made from scratch, they’re vivacious and vibrant. Japanese curry doesn’t have the same diversity. It’s more often a brown, gravy-like sauce that adds a hearty, slightly sweet balance to meat.

Is one better than the other? That all comes down to personal preferences. There is something comforting about Japanese curry. You know what you’re going to get every time – it’s trusted comfort food. For those that prefer simple food, Japanese curry is a good option. Indian curries can be too much for some; their wide range of flavors and spiciness can be off-putting for fussy eaters and kids. But, if you’re the type that enjoys meaty, saucy dishes with lots of flavors, this will be the choice for you. After all, there's a reason that Indian cuisine is one of the most popular choices worldwide, it tastes delicious!

What is your favorite curry dish? Please let us know in the comments below. 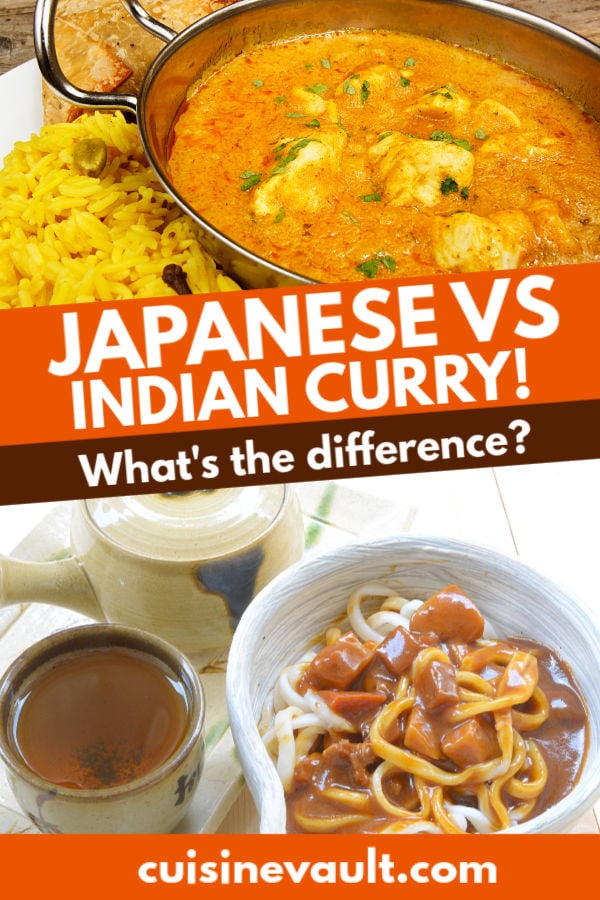