The latte is one of the most traditional espresso drinks you will find at a coffee shop. A latte tastes like a smooth, velvety coffee with an almost fluffy texture. It still tastes like coffee, but the milk lessens the bitterness. 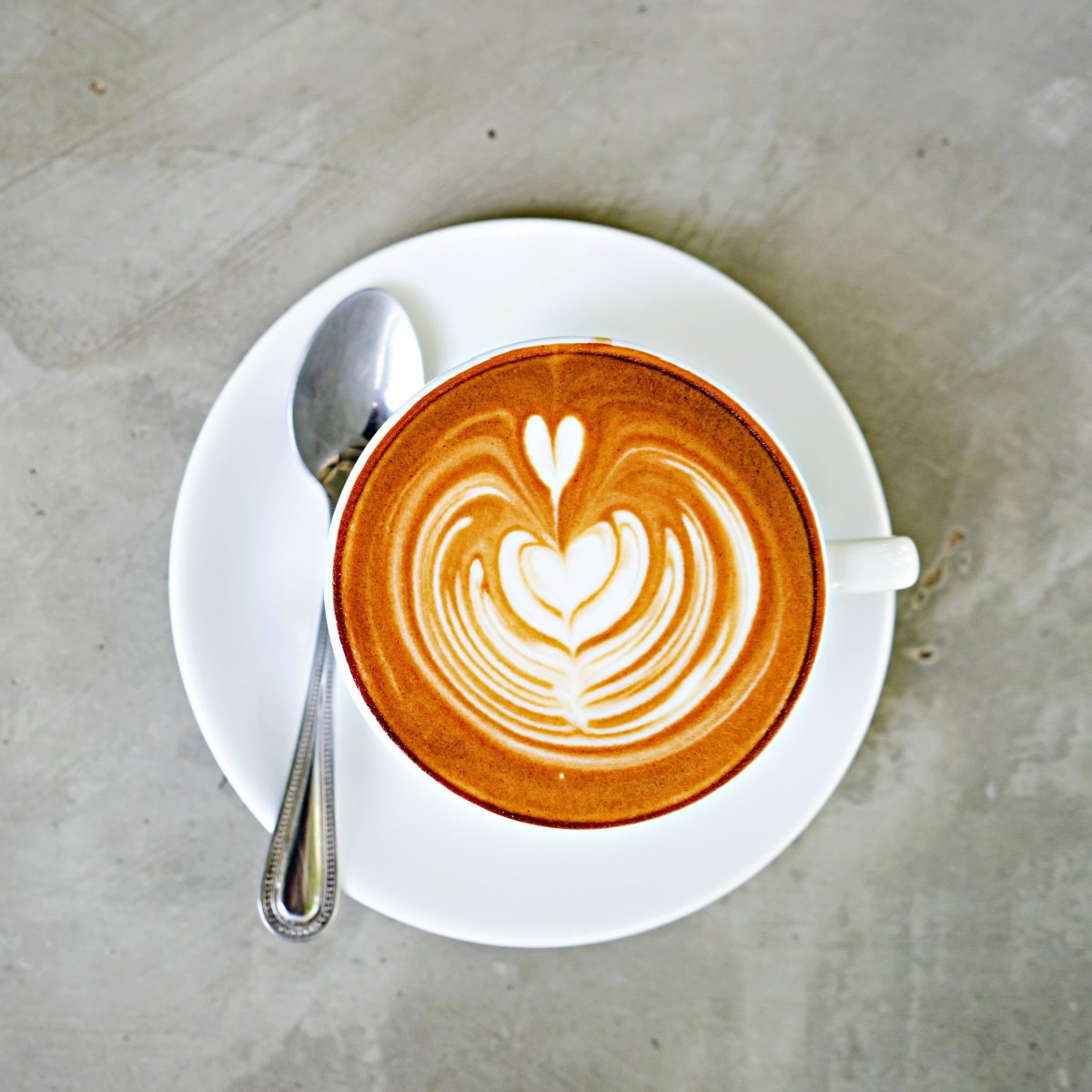 Imagine taking a coffee with cream and turning it into a cloud. You’d get pretty close to the taste of a latte.

What's In A Latte?

You’d be forgiven for assuming that many ingredients go into a latte. What with the popularity of vanilla lattes, pumpkin spice lattes, etc.

But you’d be wrong!

At its most basic, a latte is made up of two parts:

In a traditional, no-nonsense latte, there are only two ingredients.

You might think, “But isn’t a cappuccino also just espresso and milk? What about a macchiato?”

And you’d also be right. Traditionally, lattes have a 1:3 coffee-to-milk ratio. It’s the ratio that makes it a latte. A cappuccino traditionally is a 1:2 ratio. (There’s a huge debate about macchiatos we won’t get into in this article.)

The actual flavor of the latte comes from mixing the two ingredients together. The barista does it in such a way that creates the latte’s distinct creamy and velvety texture.

But how does that work?

Great question—glad you asked. Let’s start with the espresso.

This is the more important of the two ingredients in a latte. After all, the espresso gives the latte the taste of coffee.

An espresso is 2-4 oz of concentrated coffee made by forcing water through fine coffee grounds at a very high pressure.

Espresso is 2-4 oz, depending on whether you order a single or double shot. But most lattes these days come with a standard double shot of espresso.

It tastes like coffee, but it’s different from brewed coffee. Espresso has a deep and rich flavor that many people find too strong when they first try it.

But espresso can taste very different, depending on the coffee beans used and the barista who makes it.

Generally, you’ll find that espresso is on the bitter side, is more viscous than brewed coffee, and has a much longer aftertaste.

Pro tip: If you want a slightly sweeter espresso, ask for a ristretto shot. It’s a shorter shot of espresso that takes away much of the bitterness.

The milk is what gives a latte its signature velvety texture. It’s almost like drinking a cloud.

Milk in a latte is steamed and aerated by the barista to create a microfoam. Microfoam is little bubbles in the milk that allow the espresso to mix nicely.

Pro tip: You can judge lattes by their cover. You need good texture and microfoam to create good latte art. So, generally speaking, if your barista hands you a beautiful swan, it will be a great latte.

But what exactly happens to the milk when it’s steamed?

Well, first of all, it gets hot. That’s where the warmth of a latte comes from.

Second, the proteins, fats, and sugars start to break down. This is where the skill comes in because if a barista warms the milk too much, it will boil, and the proteins will break down.

Once steamed, the milk is slowly poured into the espresso to create a perfectly balanced latte.

What else can you put in a latte?

The latte is one of the most common coffee drinks in the world. And as with anything super popular, there are countless variations.

The truth is that lattes are seen as a base for different flavors and other experiments. There are many, many ways to change up a latte.

It doesn’t matter what sort of milk you steam and add to an espresso—it is still called a latte.

My personal favorites are oat and almond milk. I like oat milk because it froths similarly to whole milk. And I like almond milk for the subtle almond taste that it gives the latte without adding any sugar.

But you can also use coconut milk, soy milk, or any other milk alternative.

Coffee syrups are the most popular way to customize lattes.

Another popular seasonal variation is the pumpkin spice latte. Pumpkin spice lattes can either have a sweet syrup added to the espresso or a dash of spices on top of the milk once the latte is poured.

Different shops also have their variations on the traditional latte. For example, when I was slinging drinks, I created what I called a “carrot cake latte.”

I made a simple syrup out of carrot tea and added that to a traditional latte.

Pro tip: If you’re curious about adding more flavors to your lattes, ask your barista for a recommendation. I can guarantee they would love to try something new!