If you’re going dairy-free for your coffee, it’s hard to beat almond milk. Smooth, flavorful, and vegan-friendly, it’s easy to understand why it’s the most popular milk substitute. Though not all almond milk is created equal, different brands vary widely in quality and eco-friendliness. 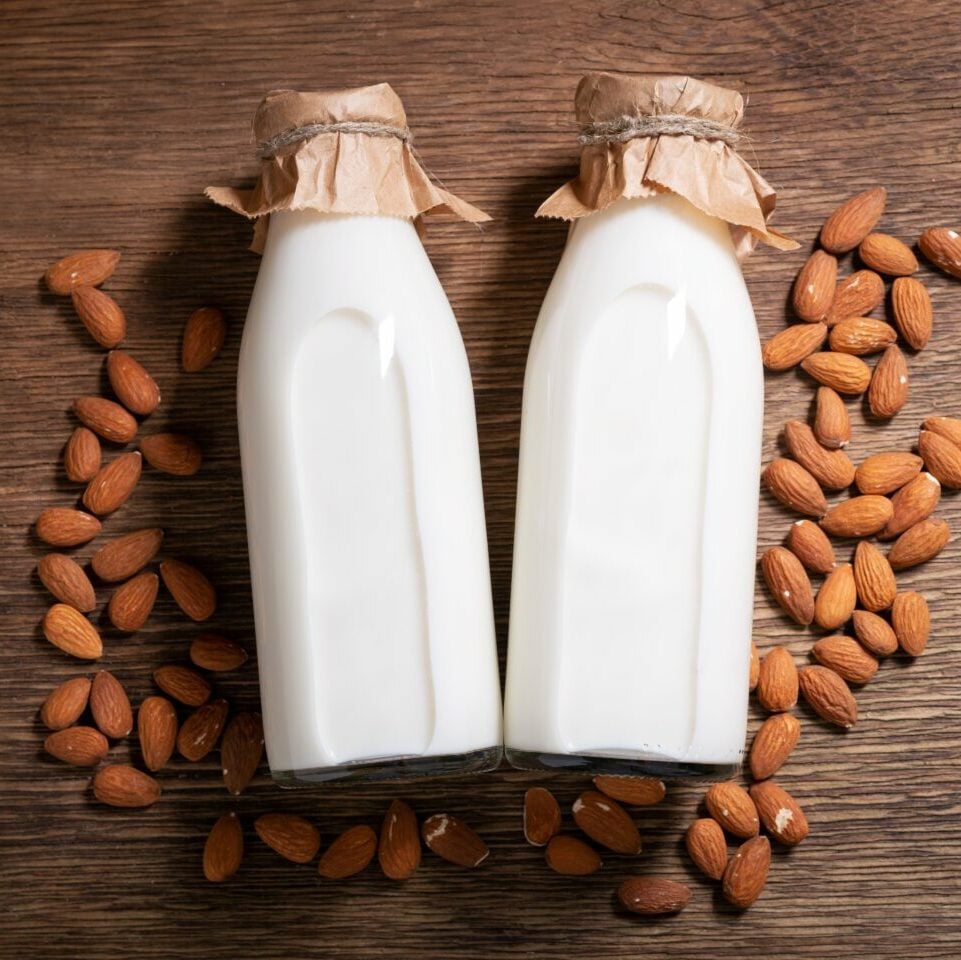 Since 2021, most Starbucks stores have used Califia Farms Barista Blend Almond Milk, which is shelf-stable and completely vegan. Though depending on where you live, this can differ. The only way to say for sure is to ask your local barista.

If you want to learn more about Starbucks’ almond milk of choice, take a look at our complete guide.

The Califia Farms almond milk that Starbucks uses is chosen mainly for its flavor though there are a few other factors that went into the decision. One of the big ones is that it’s unsweetened, allowing customers and baristas to control the taste of each drink individually.

Another advantage of Califia Farms milk is that it doesn’t contain carrageenan. This is an additive derived from seaweed, used to thicken and emulsify almond milk and other milk alternatives. While not harmful in most cases, carrageenan does have a risk of inflammation which is why some coffee drinkers avoid it.

Other than that, the milk itself is made mainly from filtered water and almonds. It also contains stabilizers, preservatives, and added vitamins, specifically guar gum, xantham gum, tricalcium phosphate, sea salt, sunflower lecithin, vitamin B13, Vitamin A, and palmitate.

It’s used in a variety of Starbucks drinks. Some of the most popular include:

Generally speaking, Starbucks almond milk is a healthier choice than regular milk. It is a great source of calcium and chock full of vitamins and minerals. This is particularly impressive considering the milk can be enjoyed by anyone, as it's vegan, certified kosher, and completely lactose-free.

Compared to milk, it is lower in fat and has a much lower calorie count. 1% milk has about 100 calories per cup, compared to almond milk which has less than half of that. This means it can be a simple way to cut calories from your daily diet.

Whether almond milk is the healthiest choice for you ultimately depends on your dieting needs. Though, in any case, it likely won’t contribute to weight gain.

Most of the gluten we consume comes from wheat-based products like bread and oatmeal. However, wheat is also found in several other products in small doses, so it always pays to be careful when trying something new.

Luckily, Starbucks almond milk is completely gluten-free, making it safe for anyone with Celiac disease or dietary restrictions. The company’s other dairy products and alternatives are also gluten-free. Just make sure to pay attention to what other Starbucks ingredients are in your latte, as some of them have gluten. Oat milk, cereals, and Java chips are prime examples.