If you enter a coffee shop, it doesn’t take long before you hear people ordering lattes and coffee. But what is the difference between these two popular drinks? 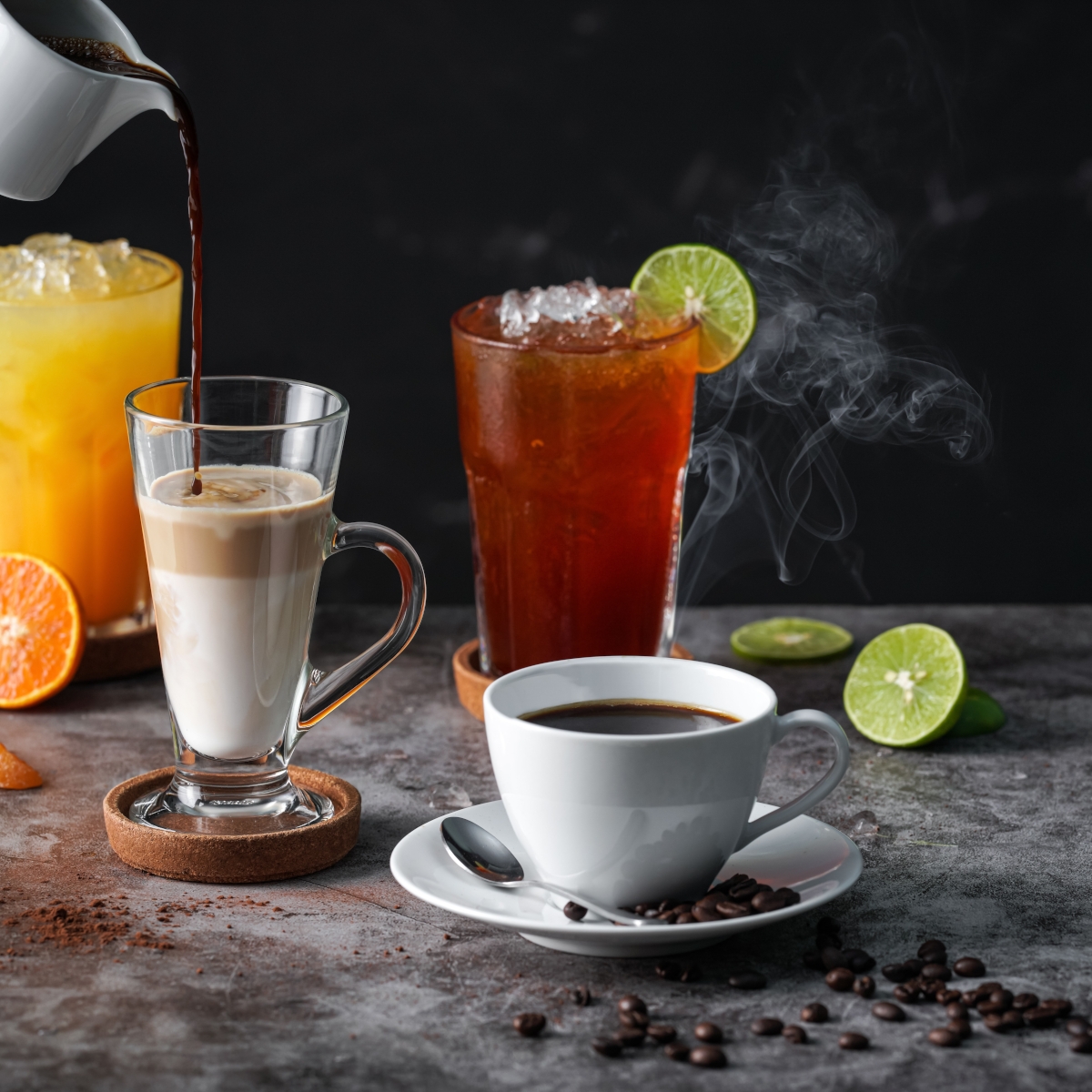 The main difference between them is a latte has steamed milk and uses espresso. Coffee is typically a drip brew or pour-over black coffee with nothing added to it.

This article will help you tell the difference between a latte and coffee. By the end, you can decide which beverage sounds like the best choice for you.

What is a Latte?

Lattes are a very popular drink choice at many coffee shops. So let’s start by defining what a latte is.

A latte is one to two shots of espresso combined with steamed milk. This drink is also usually topped off with a bit of frothed milk to create a nice foam on top.

You can have a latte plain with no added sweetener. But in many cases, lattes may have flavored syrups or sweeteners to enhance their taste.

It’s important to note that there are also lattes that have a tea base instead of espresso. A good example would be a chai latte.

How Much Milk is in a Latte?

When you look at a latte, you might wonder how much espresso there is vs. milk. The general ratio of espresso to milk in a latte is 1 part espresso to 3 parts milk.

If you’re looking at fluid ounces, a latte has one to two ounces of espresso and between eight to fifteen ounces of milk.

But these ratios make it clear that a latte contains more milk than espresso. So if you’re not a fan of milk, a latte may not be the best choice for you at the coffee shop.

Now that we know what a latte is, let’s define coffee. When most people refer to plain coffee, they are talking about drip brew or pour-over coffee.

Coffee is made by putting grounds in some type of filter and then pouring hot water over the grounds. The grounds infuse the coffee flavor and caffeine into the hot water to create the coffee.

This is the type of coffee you will commonly see in people’s houses coming out of the machine. And coffee shops will have large drip brew machines to create large batches of coffee.

You may have also seen people put a conical device on top of their cup with a filter and grounds. This is called pour-over coffee and follows the same concept as drip-brew coffee. The only difference is you manually slowly pour the water over the grounds.

When you say coffee, most people assume you mean black coffee. However, many people will add creamer or sugar to their coffee to make it less bitter.

Which One Has More Caffeine?

One of the main questions people have about coffee and lattes is which has more caffeine.

Many people assume because a latte has espresso that it will be more caffeinated. In many cases, this is not true.

Now, if your latte has multiple shots of espresso, it could have more caffeine than your coffee. But this is only true if you’re ordering a small-sized coffee.

For example, a grande drip coffee at Starbucks is 16 fluid ounces. This means it has around 150 to 240 milligrams of caffeine. So a medium-sized coffee would still have more caffeine than a latte with two shots of espresso.

Which One Tastes Better?

Once you know which will give you the important caffeine buzz, you are likely curious about the taste. The answer to this question mostly comes down to personal preference.

Some people enjoy the taste of black coffee. If you’ve been drinking coffee for a long time, you may begin to appreciate the nuances of different roasts and beans.

But many new coffee drinkers or people who don’t like bitter coffee will prefer lattes. Even with no additional sweeteners or syrups, lattes will taste less bitter than coffee.

Keep in mind that many lattes from coffee shops come with sweeteners and syrups. So if you’re not a fan of sweet drinks, be sure to customize your drink with your barista.

Both drinks can taste delicious. It depends on whether you’re looking for a strong bitter flavor or a smooth and sweet drink.

Which One is Healthier?

Another factor to consider when choosing between a coffee and a latte is what it can do for your health.

Black coffee is generally the healthier option between the two. Black coffee only has 5 calories per cup, making it a low-calorie drink.

Black coffee also doesn’t have any added fats or sugars. However, if you add cream or sugar to your coffee, it may be no healthier than a latte.

A latte with 2% fat milk will have about 120 calories. Remember that this does not include the calories from sweeteners or added syrups.

The added sugar in a latte is the primary issue for your health, as sugar is linked to many chronic diseases. To give you an idea, the popular grande Starbucks Pumpkin Latte has 300 calories and 50 grams of sugar.

Do All Lattes Have to Use Cow Milk?

A standard latte will often use whole milk. However, if you are lactose intolerant or vegan, don’t worry!

You can make a latte with any variation of milk you choose. Some popular plant-based milk options that are used to make lattes include the following:

Using plant-based milk may change the texture and taste slightly. This is because the fat in cow milk is part of what gives a latte its creamy flavor.

If you’re okay with cow milk, you can swap the whole milk out for a lower-fat milk option. Just be sure to communicate well with your barista about your milk preference when ordering your latte.

What Types of Tea Lattes are Available?

Remember that a latte can also be made using tea as a base instead of espresso.

Like an espresso-based latte, many of these tea lattes come with added sweeteners or syrups.

Which One is Cheaper?

If you’re ordering from a coffee shop, you might wonder which drink will save you money.

Coffee that is ordered black will always be cheaper than a latte. This is because it takes fewer resources and less effort to make coffee.

Now, keep in mind that if you add milk, syrup, or various toppings to your black coffee, the price will increase. But generally speaking, you can count on coffee being the cheaper option.

Which One is Easier to Make at Home?

If you prefer to make your coffee, you can make both drinks at home. But a latte is going to be a lot of work.

Making black coffee is simple. All you have to do is measure out the grounds, put them in the filter, and then turn on your machine. Within minutes, you will have a tasty cup of coffee.

Making a latte is more complex. First, you must have an espresso machine and know how to operate it.

After you have your espresso shots ready, you have to steam milk. And if you enjoy the foam on top of a latte, you need some sort of frothing device.

You can see why many people opt for drip-brew coffee at home and order lattes when out at a coffee shop. Lattes may be delicious, but they are a lot of work to make at home.

The primary difference between a coffee and a latte is a latte will have espresso and steamed milk. Coffee is simply a black drip or pour-over coffee without anything added to it.

In many cases, a latte will have less caffeine when compared to drip coffee. And a latte is composed of more milk than espresso, so if you don’t like milk, it may not be your favorite.

Both drinks taste delicious, but lattes will be better for people who don’t like bitter coffee. However, black coffee is healthier because many lattes have added sugar that will impact your health.

Lattes can be made with non-dairy milk and teas instead of espresso, depending on your preference. And when it comes to price, lattes will be the more expensive option at a coffee shop.

Now you can understand all the fancy lingo at the coffee shop. And you are fully prepared to order a latte or coffee that meets all your dietary and taste bud needs.