Mushrooms are commonly used in a wide range of cuisines around the world. Their earthy, meaty flavor adds a special umami element to food. However, some people loathe this vegetable, especially kids, and those with a mushroom allergy also can’t eat them. 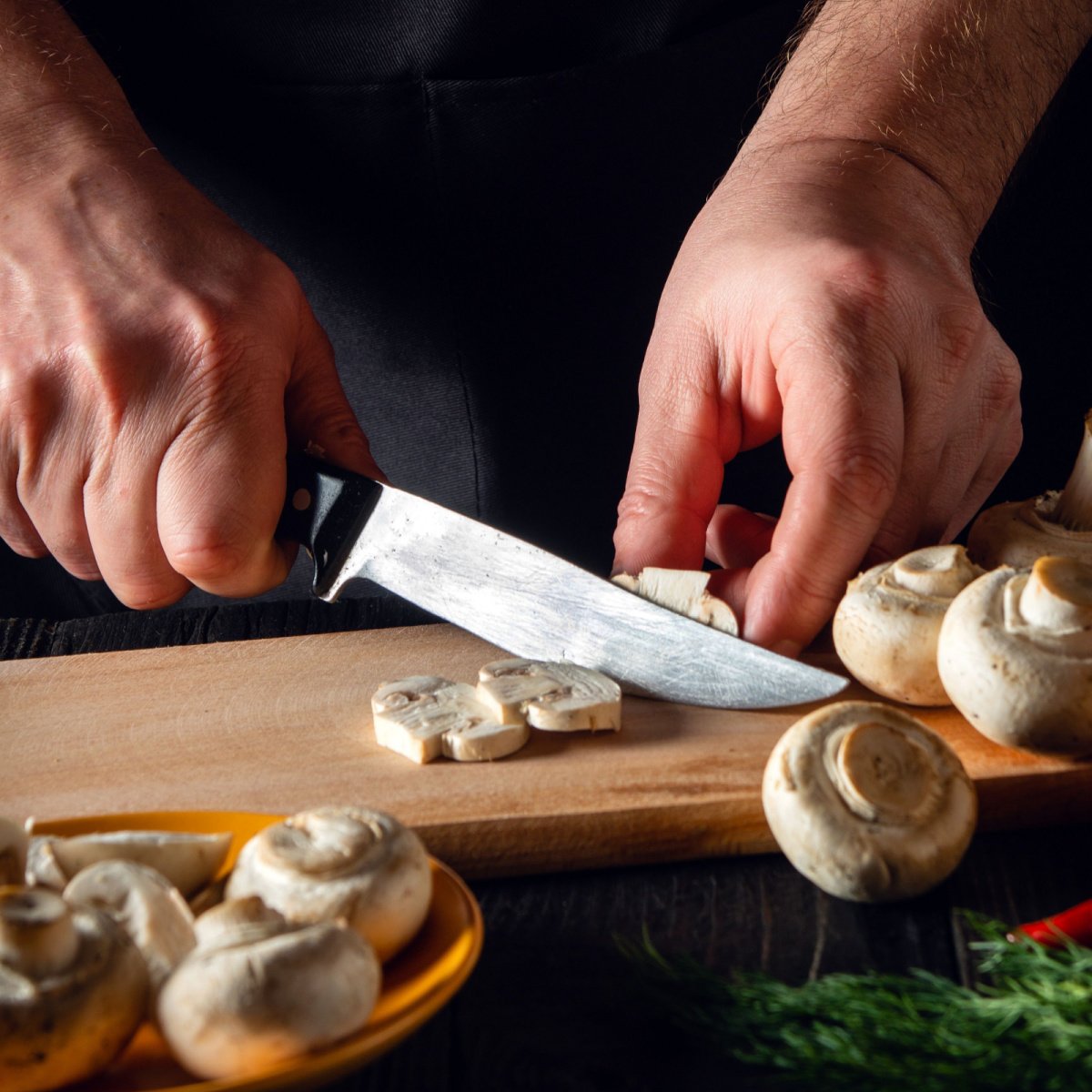 If you’re looking for a mushroom substitute, then we have compiled our top ten options. Some of the alternatives are useful if you don’t enjoy mushrooms and want a good alternative flavor. Other backup options are on the list because they mimic the taste of mushrooms; useful if you’re allergic to them.

10 Mushroom Substitutes to Suit Any Situation

1. Leave them out completely.

A suitable option if: the recipe calls for mushrooms with minimal flavor, such as cremini, white, or oyster.

Let’s start with the easiest option, which is using no substitute. In many recipes, mushrooms aren’t added for their flavor but instead for their meatiness or bulk, which is useful. As a relatively low-cost ingredient, they are often included in casseroles and stir-fries. Leaving out the ‘shrooms won’t impact your dish, but you’ll want to increase some of the other ingredients, such as the meat, potato, or broccoli, to bulk up the meal.

If you’re in need of a substitute for cremini, oyster or the very common white variety then this option would be my recommended choice.

A suitable option if: you want a vegetable with a similar texture without the flavor.

Zucchini doesn’t have a lot of flavor and many would describe it as bland. The beauty of zucchini is that it can take on flavor from the other ingredients in the dish, whilst adding some bulk to your meal.

Use zucchini in pasta, slow-cooked meals like casseroles and stir-fries. Remember that zucchini has high water content which can make some meals overly soggy. To overcome this, cover the chopped zucchini in salt and allow to rest for 10 minutes before drying with a paper towel. This is the best method for drawing out the moisture.

A suitable option if: you enjoy mushroom flavor and aren't allergic to them but don't have access to fresh ones.

If you’re unable to get your hands on fresh mushrooms or you’re avoiding them because their price is really expensive then you may want to consider the canned or dried variety? This option will provide a flavor that’s almost the same as the fresh version.

Dried mushrooms pack a punch in the flavor department so if you use them in a sauce, soup or casserole use a lesser quantity than the recipe calls for. Otherwise, your dish will have an overwhelming mushroom taste.

A suitable option if: you want a vegetable with a similar texture without the flavor.

Eggplant is a mild tasting ingredient that has a similar “meaty” texture to mushrooms. You won’t use it to replicate the taste, but it will make a good mushroom alternative if it's the texture you want to replace.

Eggplant has a slightly bitter taste which has the potential to taint your dish. To avoid this, you’ll want to chop the eggplant into pieces then salt it. Leave it for 10-15 minutes then wipe with a paper towel. Salting will reduce the astringency as well as the water content.

A suitable option if: you enjoy strong tasting mushrooms and want to mimic the flavor but don't have fresh mushrooms. 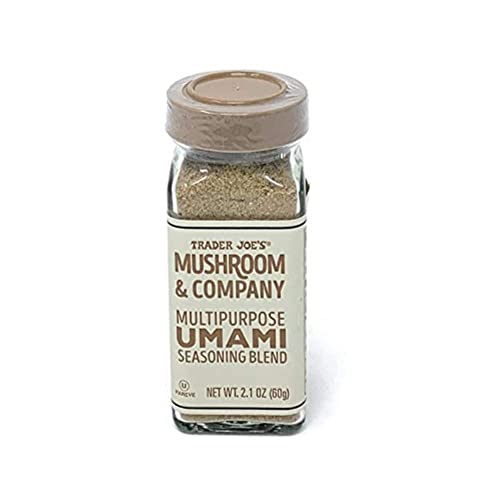 Mushrooms are a popular ingredient in many recipes as they dial up the umami flavor. We’ve all heard of sweet, salty, bitter, and sour tastes; the fifth component is umami, which is a savory flavor you’d often get from slow-cooked meat or a beef broth.

If you want to replace the mushrooms without losing any umami goodness, then consider investing in an Umami Seasoning Blend. That’s right; umami flavor comes in a shaker and doesn’t have any of the negative health concerns that are attached to some of the other flavor enhancers like MSG. With this blend, you'll get a selection of flavor-enhancing ingredients, starting with mushroom extract.

I recommend this option if you’re looking to replace more pungent mushroom varieties like porcini or shiitake.

A suitable option if: you are looking to mimic the umami flavor that mushrooms offer.

Whether you make your own beef broth or buy it ready-made, this ingredient will do a similar job to the umami seasoning mentioned previously. As this is a liquid, it won’t add any bulk to the dish, so you may want to substitute the mushrooms for some extra meat or vegetables.

A suitable option if: you need an ingredient for a stir fry other than mushroom.

Tempeh is a firm-textured, meat alternative that is commonly made from soybeans. It has a less mushy texture than tofu and a much stronger flavor profile. Although its taste is unique, it certainly offers an earthy, mushroom-like flavor.

Tempeh would work well in a stir-fry or casserole as it provides a similar taste and texture as mushroom.

A suitable option if: you are looking to mimic the umami flavor that mushrooms offer.

Miso is made from fermented soybeans, and you will probably have seen it on any Japanese restaurant menu as a soup. Miso comes in a variety of flavors, and not all will be suitable as a backup for mushrooms. When you visit your local supermarket or Asian food store, you’ll want to look for the brown or dark red variety. This ingredient will bring an umami-rich, complex flavor to any meal.

Keep in mind that miso is not an exact match to mushrooms so it will change the flavor of your meal. Some would argue it improves the taste but if you’re cooking for guests that don’t like surprises then steer clear of this option.

A suitable option if: you don't enjoy the taste of mushrooms and want something different.

There is very little similarity between sun-dried tomatoes and mushrooms. Why are they on the list then? This is a great choice if you’re looking to replace mushrooms because you loathe their taste and want a back-up that has its own personality. Tomatoes that have been dried develop a more earthy flavor that suits many slow cooked meals and you could use them in many recipes. They also offer bulk to a meal, similar to mushrooms.

A suitable option if: you don't enjoy the taste of mushrooms and want something different.

Tofu is bean curd and is a popular ingredient used by those following a plant-based diet. Its high protein content makes it a popular meat replacement. However, it can also be used to replace mushrooms in some dishes. We wouldn’t recommend using tofu in mushroom soup or for sauces, it just wouldn't be right. But for that next nasi goreng or black bean stir fry, toss in some tofu instead. A delicious addition—just make sure no one you’re cooking for has a soy allergy.

Whether you can’t get hold of any mushrooms, you’re allergic to them or simply despise their taste, at some point you may need a mushroom substitute. As with many vegetables, they have their own unique flavor meaning that finding a perfect replacement is a challenge. It’s not just the taste but also the texture that needs to be taken into account.

If you want to replicate the flavor, I recommend a liberal shake of umami seasoning, miso, or beef broth. They won’t be perfect, but they’ll still taste good.

To find a replacement that provides some bulk to the dish, consider eggplant or zucchini as they both have that “meaty” texture and don’t have a lot of flavor. Salting these vegetables first to draw out the water and reduce the astringency will be worth the effort.

Of course, the easiest options are to simply use canned or dried mushrooms. If you like the taste but can’t get your hands on the fresh ones then this is the best option to mimic the taste and texture.

Don’t like the taste of mushrooms? Why not leave them out of the recipe? In many recipes, they aren’t the star of the dish so omitting them won’t impact your meal too much.

Do you have a good backup option? Let us know in the comments below.