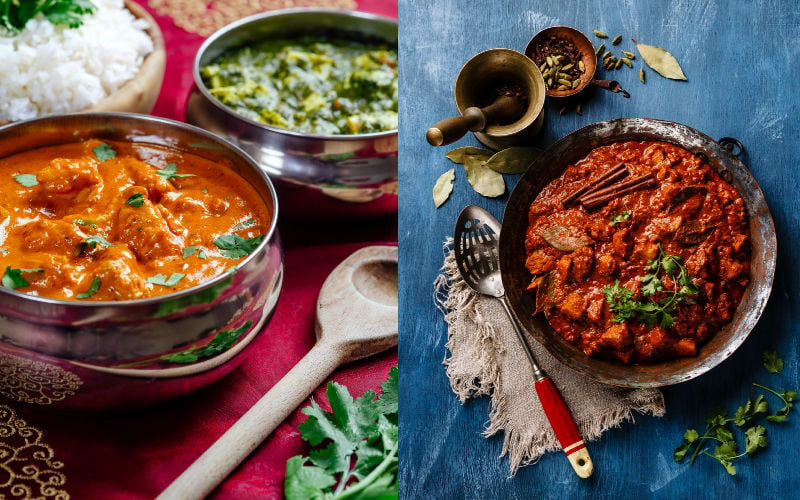 Read on to learn the key differences between butter chicken and chicken tikka masala, some quick facts about both dishes, and a simple recipe at the end of the article.

Butter chicken is an Indian dish that originated in Delhi. Small pieces of chicken are marinated with spices, ginger, and garlic. They are then cooked until tender in a creamy, mildly spiced tomato-based sauce.

Butter chicken is a creamier curry with less tomato intensity than tikka masala.

Chicken tikka masala is an English invention and is made in a similar way to butter chicken. Tikka masala tends to have more tomato intensity and doesn’t have the same level of creaminess.

These are both very similar Indian dishes. If you enjoy a creamy curry that doesn’t have an intense flavor, then butter chicken is your best option. For a stronger tomato hit with a little less creaminess, go for chicken tikka.

My personal opinion is that butter chicken is one of the best meals invented. It’s a deliciously creamy, mild dish. Include naan bread for scooping up the sauce and fluffy basmati rice for the perfect meal.

How to Make Butter Chicken 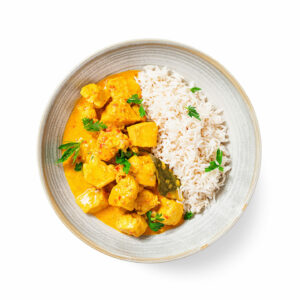 Keyword butter chicken
Tried this recipe?Let us know how it was!
RELATED 14 Chinese Five Spice Substitutes For Seasoning

Butter chicken and chicken tikka masala are both Indian curries that combine tender chicken pieces with a creamy tomato-based sauce. They’re very similar dishes that could easily be mistaken for the other. Some restaurant chefs would even be confused explaining how they differ. The critical difference is that butter chicken tends to have a higher level of creaminess, while tikka masala has more tomato intensity.

Do you have a preference between these two curries? Let us know in the comments below.

Further Reading:
Fenugreek is a popular ingredient used in Indian cuisine. If you don't often cook this type of food, then you may not have this herb in your kitchen. To help you out, here's a list we put together of fenugreek substitutes.