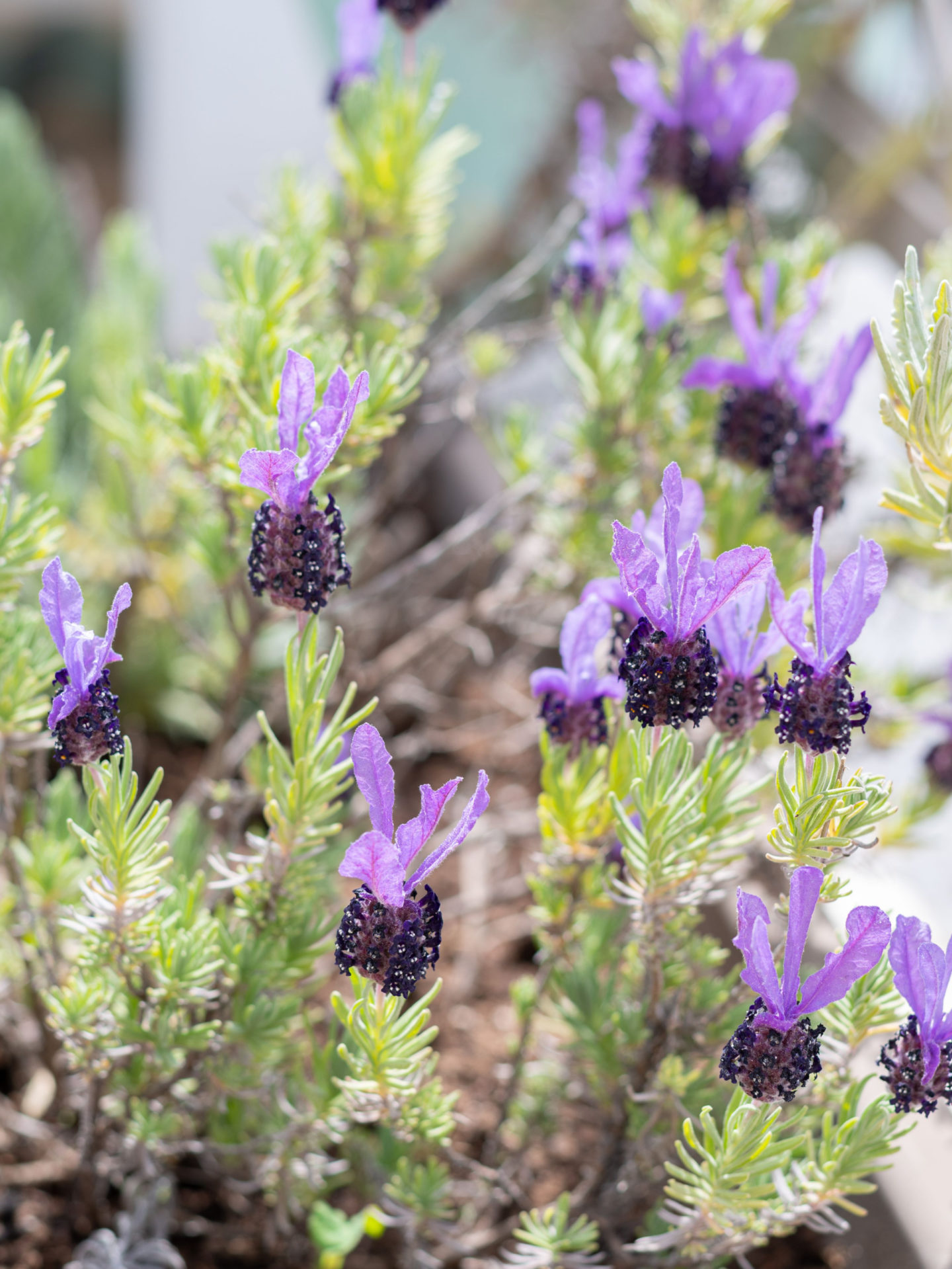 Read on to learn all the differences and similarities between French lavender and English lavender.

Although you might guess that French lavender grows locally in Provence, France, this plant is native to countries like Spain, North Africa, Greece, and other Mediterranean countries on the Mediterranean coast, the Arabian peninsula, and the Atlantic islands.

Although you might not be able to tell it from afar, French and English lavender leaves are quite different. French lavender has tall branches that are covered with gray-green, silvery leaves that look like they have little teeth along the edges. In fact, the name "dentata" directly translates to "toothed."

On the other hand, the English lavender variety leaves are simple, without any fringe or serration. They appear needle-like, with two leaves growing from each node along the stem. Like French lavender, English lavender produces gray-green foliage.

Another distinct difference between these lavender plants is their flowers' appearance. French lavender boasts large, spike-shaped flowers that grow at the tips of the flower stalks. French lavender flower colors vary from purple to deep violet, white, and pink, depending on the variety.

On the other hand, the flower shoots of English lavender look more subtle, with small flowers spread out all over the flower head. Like French lavender, English lavender flowers’ colors vary from pink, white, and a vast shade of purple, from deep blue-violet to pale lavender shades.

If you have plans to grow lavender plants, the best time to plant them is from April to May or in the late spring. Lavender loves the warmer climate and enjoys total sun exposure, especially when preparing to bloom. Once mature, your lavender plant starts to bloom in late spring or early summer until late summer.

If you want to plant lavender plants, it’s essential to avoid doing it in the winter as they are prone to root rot and do not grow well in wet soil. Moreover, although these are very low-maintenance plants, you must secure well-drained soil for your lavender plants. If you can’t find a good soil mix, you can add sand or pebbles to the soil to make it well-draining.

Both French lavender and English lavender play a great role in the aromatics industry. The lavender scent is famous among essential oils, soaps, lotions, creams, bath bombs, and cosmetics. Due to English lavender’s strong aroma, it is more commonly used in perfumery and culinary.

However, you can use both French lavender and English lavender essential oils to treat headaches, stress, exhaustion, and insomnia. Lavender that has been dried also has active compounds that help treat acne, wounds, and eczema.

Although there are over 450 lavender varieties, here are among the most common and best lavender species, aside from English lavender (L. angustifolia) and French lavender (L. dentata):

How do you tell English lavender from French Lavender?

The best way to tell them apart is by looking at their size, leaves, and flowers. French lavender grows taller, has toothed leaves, and has larger flowers than English lavender.

While both smell entirely fragrant, this boils down to personal preference. English lavender has a stronger lavender scent, while French lavender has more piney, woodsy, and herbaceous undertones.

Which lavender is most fragrant?

Although English lavender is the most commonly used for getting a lavender scent, Lavandin, or Lavandula x intermedia, is the most fragrant lavender variety.

What is French Lavender good for?

Due to its earthy tones, the purple flower of French lavender is best used for home fresheners and cleaning materials.