While both belong to the same family, lavender and rosemary differ in several aspects. The main difference between these two is the location of their flowers. You can find lavender flowers at the tips of the stems, while rosemary flowers bloom along the stem without a pattern. You will also notice that the rosemary leaf appears darker than the lavender leaf. 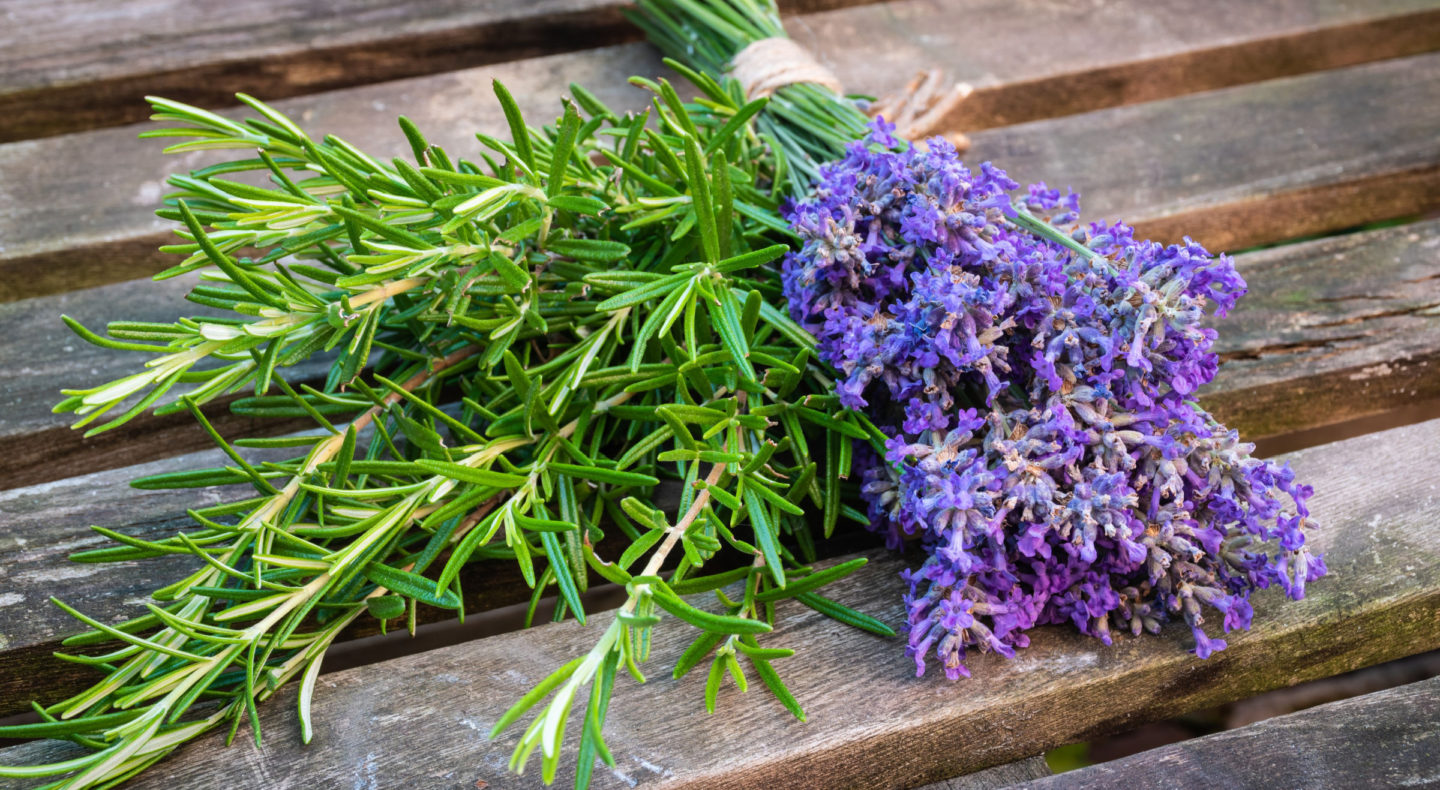 Aside from their appearance, these two also differ in taste and aroma, as rosemary offers a more earthy and piney flavor than lavender's floral and sweet taste. Rosemary also provides higher vitamin A, C, manganese, and iron levels.

This article will discuss the significant differences between lavender and rosemary, their similarities, and other important questions regarding the topic. This article also covers a few growing tips to help you grow both herbs.

Many people like the aroma of lavender. Lavender is a typical scenting component in soaps, shampoos, and air fresheners. Lavender comes from the Latin word "lavare," which means "to wash," as ancient people believed that lavender cleansed the body and soul.

Aside from its aroma, people utilize lavender as a treatment for various diseases, from sleeplessness and anxiety to sadness and exhaustion. When breathed, lavender has modest relaxing, soothing, and sedative effects, according to research. Lavender is grown worldwide, especially across the United States, Europe, and Australia.

Rosemary displays a long history of usage in both cooking and medicine. It grows in bushes with wood-like stems and pine-like needles, with white, pink, purple, or blue flowers. Although it resembles pine in appearance and aroma, rosemary, like sage and mint, is a member of the Lamiaceae plant family.

Rosemary is a perennial evergreen shrub frequently planted as an attractive shrub due to its capacity to endure severe environments. Fresh rosemary is a common ingredient in essential oils, while dried rosemary is commonly used in cooking and baking.

While only a few studies back rosemary's effects on people, it has been demonstrated in the lab to have antioxidant effects. Antioxidants can neutralize free radicals and toxic particles in the body that may damage cell membranes, mess with DNA, and even induce cell death. In addition, rosemary oil appears to have antibacterial effects.

Lavender vs. Rosemary: Differences and Similarities

On the other hand, rosemary plant variations are members of the same species, Rosmarinus officinalis, which is also known as the Tuscan herb and translates to "sea dew."

Although both seem to appear the same, they have distinct differences. Lavender leaves appear lighter with a silver-gray tone. Most lavender species grow dense clumps of leaves topped by bright, fragrant flower spikes that tower just above the surrounding foliage.

Lavender is widely used to denote any shade of light, baby purple, or light bluish purple, and many lavender plant blossoms exhibit this hue. On the other hand, some varieties feature white, pink, blue, or deeper purple blossoms.

On the other hand, rosemary is a grayish-green plant. The thick, leathery leaves have a dark green top surface and a powdered white, hairy underside, similar to needles. The little blooms, pale blue, pink, or white, occur in 2-3 clusters along the branches.

The aroma of lavender is one of its most noticeable features. While the most commonly sold and grown varieties have pleasant scents (some are exceptionally powerful), certain lavender species have unpleasant odors. People used to dry this aromatic herb; they would use it to make incense and bathing oils.

On the other hand, the rosemary plant has a more earthy aroma with a piney finish, like most of the herbs in the mint family. Others describe the scent of rosemary as a mixture of camphor, eucalyptus, and mint. Due to its aroma, it's more commonly used in essential oils to relieve coughs and colds, cases of flu, and nausea.

When it comes to taste, rosemary offers a more robust flavor. You will notice hints of citrus, pine, sage, mint, pepper, and even lavender notes, making it a favorite addition to steaks and savory dishes. On the other hand, lavender provides lighter flavors with hints of floral notes and rosemary but with a slightly bitter aftertaste.

Although from the same family, these two herbs have different uses. Rosemary is renowned for its culinary purposes. Its flavors blend well with herbs and spices like garlic, onion, tomatoes, and wine. It adds character to pork, lamb, duck, chicken, and beef, making it an excellent addition to stews, sausages, and steaks.

Another great reason the rosemary plant is considered a culinary herb is its viability even when dried. If you plan to plant rosemary, use it fresh and dry it out for future use, or mix it with other Mediterranean herbs like thyme, peppermint, and basil to make a spice mix.

While rosemary is considered a culinary herb, lavender wins when it comes to scent. Its mild, floral aroma produces the best-smelling shampoo, air fresheners, and cosmetics like lip balm. Manufacturers also use lavender to make lavender oil, a healing oil that relieves stress and induces sound sleep.

Due to its healthful properties, you can also use rosemary to treat digestive issues such as heartburn, liver diseases, intestinal gas, and loss of appetite. In addition, as a potent growth enhancer, rosemary encourages hair development, prevents hair loss, promotes hair growth, and treats dandruff and dry scalp.

Rosemary is harmless in modest amounts, but it can cause significant adverse effects such as vomiting, spasms, and pulmonary edema in high dosages. Before introducing rosemary into your diet, please speak with your doctor.

This fragrant herb is well-known not only for its heavenly scent but also for the benefits it provides. When inhaled, lavender increases deep sleep and prevents insomnia from occurring. In addition, recent research suggests that inhaling lavender might help improve deep slumber. That is because lavender scent boosts slow-wave sleep, which is the deepest stage of sleep. It also suppresses alpha waves in wake-stage sleep, reducing the number of sleep disturbances a person may have.

Aside from that, lavender is also known for its antimicrobial and anti-inflammatory components that help skin conditions, especially when mixed with tea tree oil. That makes it an excellent natural way to relieve pain and infections, including bacterial and fungal infections. But, most importantly, lavender reduces stress and anxiety due to its aromatherapeutic properties.

Can you use lavender as a substitute for rosemary?

In a pinch, you can use lavender as a substitute for rosemary. However, when using lavender, you should expect a lighter flavor and a more floral aroma.

Is lavender a culinary herb?

You can use most varieties of lavender, like English lavender, in cooking. They offer a light fragrance but with a hint of bitterness when used in excessive amounts.

Is rosemary a fragrant herb?

While rosemary provides a distinct scent, it is considered a culinary herb rather than a fragrant herb. That is because rosemary produces a pungent aroma similar to that of camphor and eucalyptus.

You can use rosemary to replace lavender, especially in cooking. However, due to its strong flavor, try to use less than the amount of lavender required.