From its humble beginnings in Hamilton, Ontario, to over 40,000 stores spread across North America, Tim Horton's stands for great fast food, amazing donuts, and an unbeatable selection of tasty coffee. 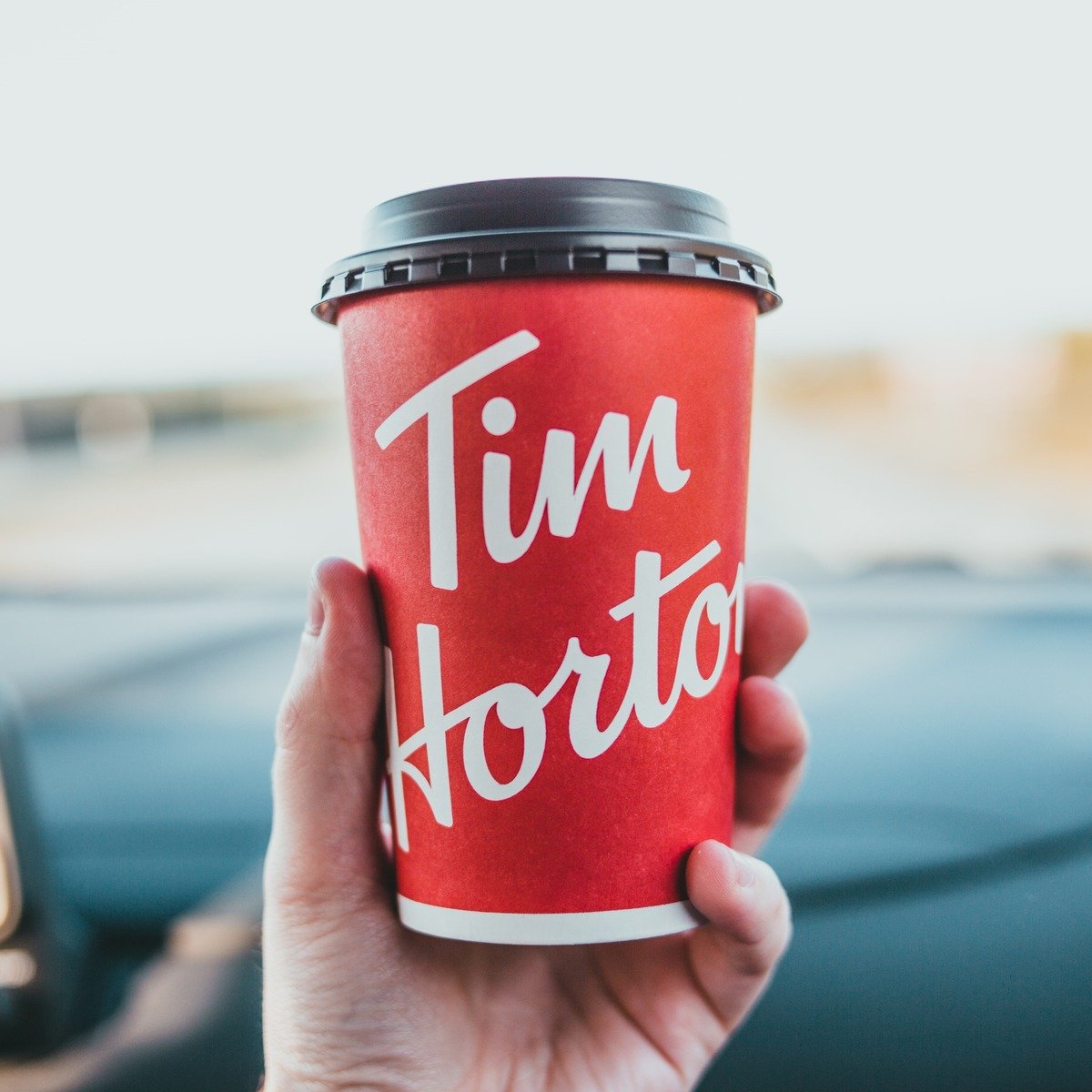 From the good old Americano to the unstoppable The Gretsky, if you're jonesing for a pick me up,  there is a fix for you at Tim's!

Tim Horton's sells more coffee in Canada than all its competitors, but in 2021, a single drink took the top spot.

Double Double, the original blend that's been Tim Horton's staple for decades, once again defended its top-of-the-food chain reputation and cemented its position as the best and most popular coffee Tim Horton's offers.

Let's look at what makes Double Double number one and how to make the best choice from the runner-ups on the menu.

Double Double is beautiful in its simplicity.

It's a simple cup of Tim Horton's original blend mixed with two sugars and two splashes of milk. It's sweet, creamy, and just the thing to fight off the chill of the Canadian winter.

Tim Horton's original blend is one of the world's best-selling coffees.

A bit on the darker side with a nutty, somewhat acidic aftertaste, it's smooth yet packing a sizable caffeine punch. Adding sugar and cream to a cup of medium-roast coffee smooths out the flavor and adds creamy, velvety consistency.

If you've wandered into Tim Horton's and are trying to choose from their page-long coffee menu, go for a Double Double. You won't regret it.

Freshly ground espresso beans combined with steamed milk and milk foam. When the ingredients used are top shelf, the recipe does not need to be complicated.

A latte is a beautifully basic drink. But it's the drink coffee lovers have enjoyed for hundreds, if not thousands of years, for a very good reason.

Flavor it with a shot of caramel syrup or a hint of vanilla, and your taste buds will thank you for days. Tim Horton's latte is a perfect way to start your busy morning or wrap the day up with a cup watching the sunset.

Tim Horton's lightly roasts their coffee beans specifically for this drink to let the vanilla flavor shine through and not be overwhelmed by the lightly acidic coffee tones.

Lightly sweetened and with just a hint of heavenly French vanilla flavor, French Vanilla Latte is a step above for the sophisticates among us.

It’s a coffee for many of us who prefer our latte with a bit more flavor and a whole lot more nuts.

The dark chocolate dream latte is the latte for latte lovers who dare to venture out to the dark side.

It contains smooth, velvety cocoa with a shot (or two or three) of freshly brewed coffee. Topped with chocolate whipped topping and chocolate pearls.

A dark chocolate dream latte is what chocolate lovers dream of when their heads hit the pillows.

It's chocolate on top of chocolate drowning in chocolatey cocoa. It's decadent in the best possible way, with a bit of coffee on top.

This latte is for the true adventurers among us.

It’s made with a couple of shots of espresso, steamed milk, and a dollop of milk foam on the top.

Cappuccino is named after an order of Roman Catholic monks, the Capuchins. It's a classic that's been waking people up worldwide for hundreds of years.

When you're scouring the town, looking for a serious amount of caffeine in a coffee that tastes as good as it looks, Cappuccino is the drink that should be on your menu.

Smooth, creamy, and infused with that classic, comforting vanilla flavor.

With a shot or two of espresso, steamed milk, and a crown of steam foam, it’s a classic cappuccino with a twist sure to excite vanilla lovers.

And for those not getting along with milk, Tim Horton's offers oat milk as an option.

Cafe Mocha, also affectionally known as mochaccino, is an evolution of a latte.

A shot of espresso, steaming hot milk, chocolate, sugar, or a sweetener.

It's hot, creamy, sinfully sweet, and a forever union of the two best flavors in the world—coffee and chocolate.

The cold brew process creates a much smoother, less acidic flavor that's been an enormous hit with Tim Horton's customers since its appearance on the menu.

And if you're not a fan of black coffee, partner it up with 100 percent Canadian dairy. Or kick it up a notch with a Double-Double.

In coffees, hazelnut usually stays in the background, offering a gentle hint of nut flavoring to the drink.

In Roasted Hazelnut, Cold Brew hazelnut is the star.

Sure, cold brew is smooth and satisfying with a sizable caffeine jolt. But sometimes, you want to mix it up and try something different.

Say hello to Vanilla Cream Cold Brew. It's based on 100% arabica beans, steeped for 16 hours to create a smooth, acid-free flavor. It’s mixed with real vanilla cream for just a hint of sweetness.

It takes cold brew to a new level without drowning you in a sea of sugar.

Like him or hate him, Bieber is a fixture in north American pop.

Tim Horton's once collaborated with the pretty boy pop star and created the monumentally popular Timbibs. Now, to the joy of "Beliebers" everywhere, Bieber is back, and he's got a Biebs Brew for you to try.

Inspired by Bieber's addiction to cold brew and love for vanilla, Biebs Brew is based on the classic Vanilla Cream Cold Brew, topped with a generous portion of sweet vanilla cream.

Not the most groundbreaking invention in the history of caffeine, but it's undoubtedly worth a try next time you're at Horton's.

Gretzky and his slapshot are as quintessentially Canadian as maple leaves and freezing cold. Tim Horton's The Gretzky, long thought to be somewhat of a myth, is real, and if you're crazy enough to try it, it's waiting for you at Horton's.

The Gretzky contains nine sugars plus nine creams (to commemorate the number 99 Gretzky wore on the ice) with a splash of coffee on top. Saying that Gretzky is sweet might be one of the world's greatest understatements.

No one has ever gone broke from using too much chocolate.

By far the most popular summer item on the menu.

An iced cappuccino, or as Tim Horton's regulars know it, ice capp, starts with a frozen and blended cappuccino and lets you customize it from an oversized menu of flavors.

From the ever-popular caramel to decadently obnoxious Hershey S'mores, you will not walk away disappointed.

Mad geniuses that came up with a buffalo latte and poutine donut don't lack in hutzpah. If you think it, they can mix it in your coffee. Beware.

What options does Tim Horton’s have for people who avoid lactose?

If you're trying to avoid dairy, Tim Horton's offers options to replace milk-based products in your coffee. Silk lactose-free almond milk or Chobani oat milk is available at most 4,000 locations across North America.

While most of Tim Horton's coffee-based drinks are not suitable for the little ones, they offer a variety of sweet and tasty kids' drinks.

Between strawberry lemonade, an assortment of hot chocolates, and a variety of kid favorites on the frozen drink menu, you're sure to be able to keep the little monsters from climbing up the walls while you enjoy your coffee.