The lotus root is a popular ingredient throughout Asia, delicious stir-fried in sesame oil or eaten raw. It looks like a cross between a swede and a carrot in shape, but what does the lotus root taste like? In this guide, we’ll look at this vegetable’s flavor, texture, and uses in cooking.

The lotus root has a crisp, fibrous texture and a mild taste with a slightly bitter undertone. It is excellent for absorbing the flavors of other ingredients in the recipe. The holes in the root add visual appeal to any dish, and store sauce in a similar way to tubular pasta.

Although the lotus root has a unique taste, it shares some similarities to the jicama, daikon, chestnut, coconut, and Asian pear.

How to prepare a lotus root

Prepping your lotus root is a simple process; you’ll need a peeler and a sharp knife to get started.

How to choose a lotus root

Choosing a healthy, fresh root is the first step in plating up the perfect lotus root. Look for firm, plump specimens that are free from marks, bruises, or soft, mushy sections.

Although the lotus root isn’t a root vegetable, it performs like one in the kitchen. It is a versatile ingredient that can be eaten raw or cooked in a range of ways including stir-frying, baking, boiling, or microwaving.

Eating the lotus root raw is perfectly fine so long as you have a younger lotus root. The mature ones become tougher and more fibrous.

Eat your root on its own or try dipping in gochujang for a burst of heat. The root is also delicious added raw to salads. 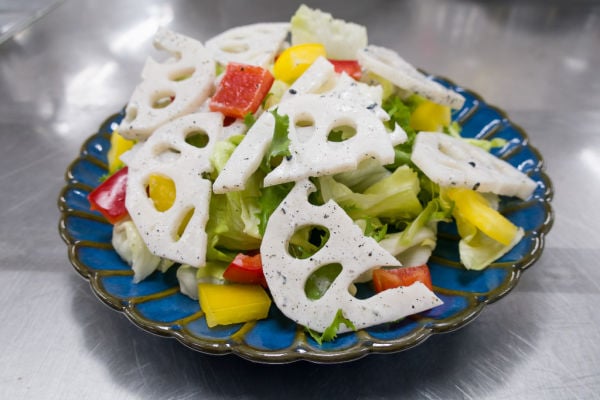 Unlike some vegetables that become soggy once cooked, this root maintains its crispy texture making it perfect for stir-fries. You can use flavorsome sauces like black bean, yakisoba, or Szechuan and the flavor will absorb into the root.

How to cook: To stir fry lotus root slice into thin pieces and cook on med-high heat for 3-4 minutes. Other vegetables that taste great with lotus include broccoli, snow peas, celery, asparagus, and chili peppers.

If you’re trying to reduce your fat intake, then boiling is a great option. You can use boiled lotus root in a bowl of mixed greens or douse it in soy sauce and chili flakes served over rice.

How to cook: Bring a pot of water and a splash of vinegar to the boil. Add ¼” slices of the root to the water and boil for 5 minutes, then drain and serve.

Baking lotus root results in a nice crispy exterior and seals in the seasonings.

How to cook: Slice the root into ¼” pieces and layer onto a lined baking tray. Coat with olive oil and season with salt, pepper, and chili flakes. Bake at 350°F for 10 minutes, flip them over, then bake for a further 10-15 minutes until tender.

The microwave provides convenience if you’re in a hurry and the result isn’t much different than boiling them.

How to cook: Add a damp paper towel to a plate then layer slices of lotus root on the towel. Cover with another damp towel and heat on high for 2 minutes. Check the lotus root and if needed, continue cooking in 30-second increments until tender.

Other uses for lotus root 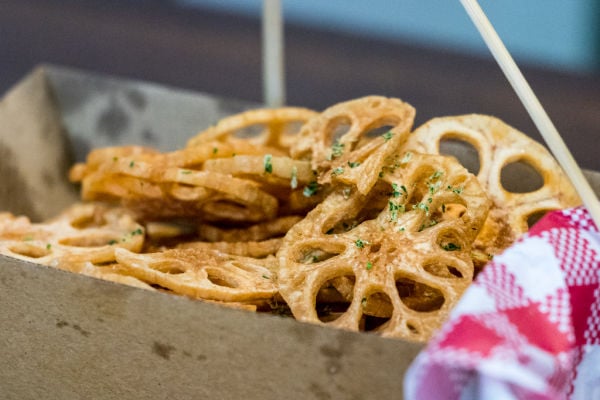 Can lotus root be eaten raw?

The lotus root is excellent eaten raw on its own or added to salads. Avoid the mature roots which are more fibrous.

How long does it take to cook lotus root?

How to store lotus root?

To store fresh lotus roots, wash and then cut off the ends about ¼ inch (½ cm) from segment joints. Put in a sealed plastic bag with water and store in the refrigerator for up to a week.

Fast facts about the lotus roots 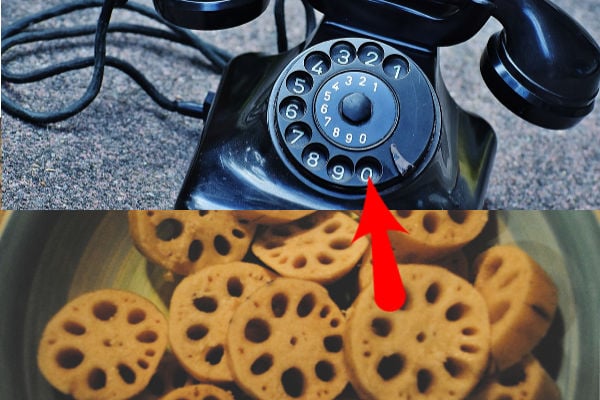 The lotus root looks like an old fashioned phone dialer.

The taste of lotus root is likely to appeal to most people, thanks to its crisp texture and mild taste. Like a zucchini or tofu, it is a useful ingredient for carrying the flavors of other foods. Aside from the flavor, lotus root is an eye-catching vegetable that will help you create a unique-looking meal.