If you’re looking for a healthier alternative to regular flour, you might consider almond flour. It provides more nutrients and a slightly sweet taste. Like regular all-purpose flour, almond flour goes bad after some time. 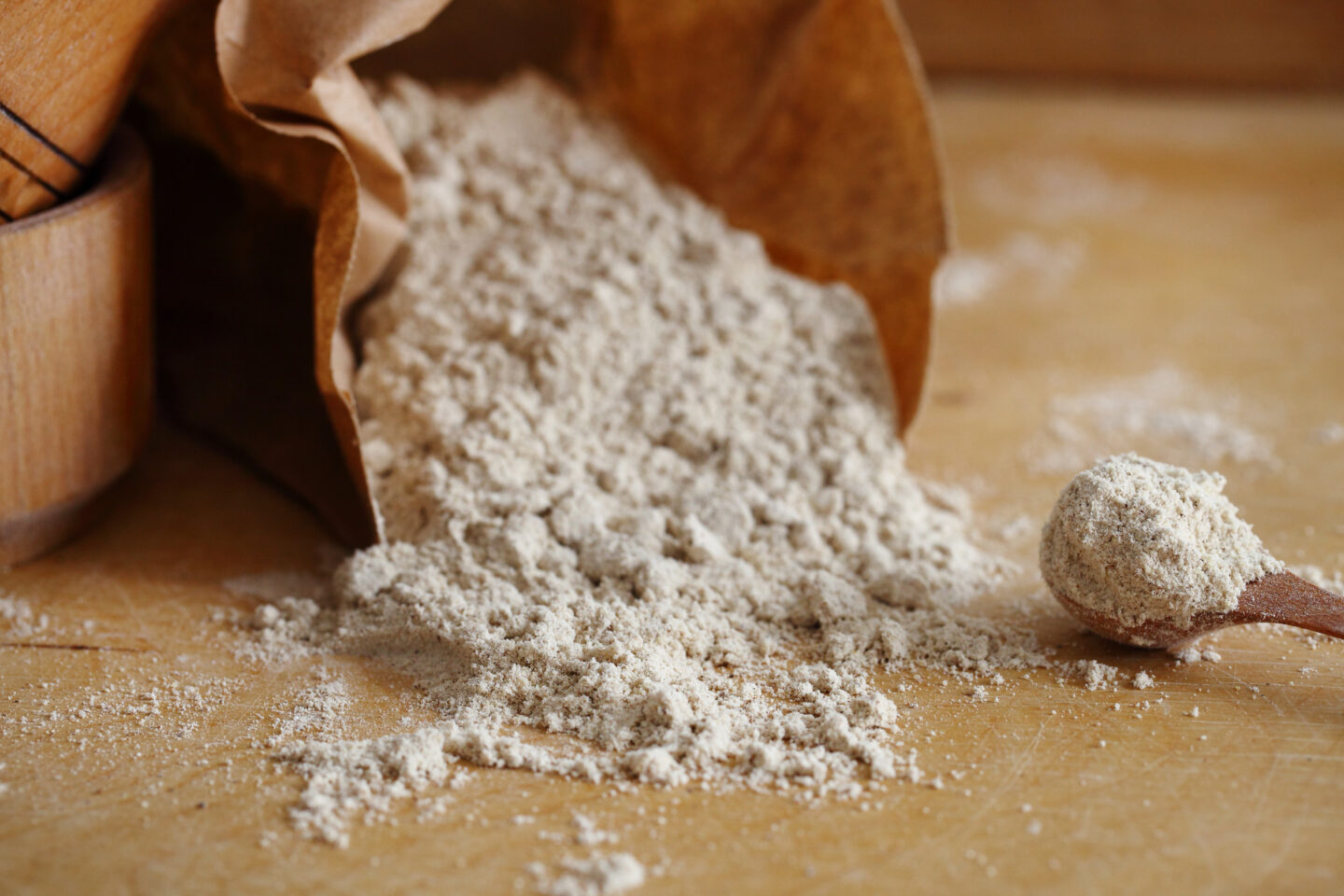 Unopened almond flour can last 2-3 months past its “best by” date in the pantry and up to a year in the fridge. You can also freeze almond flour to extend its shelf life indefinitely. When storing almond flour, it’s good to consider that it is a nut product rather than wheat, and it gets rancid when exposed to moisture.

Read on to learn everything about almond flour storage: how long it lasts in different storage temperatures, how to tell if it has gone bad, how to extend its shelf life, what to do with expired almond flour, and other related topics.

What Is Almond Flour, and How Is It Made?

Almond flour is a common all-purpose flour alternative due to its high fiber, protein, and carbohydrate content, making it the most used nut product. Regarding appearance, almond flour looks closer to coconut flour than white flour due to its consistency.

Like regular flour, almond flour goes bad eventually. Although almond flour lasts up to a year in favorable storage conditions, it spoils whenever water or moisture gets in the container, which promotes bacterial and fungal growth. Other factors that shorten the almond flour shelf life include heat, direct light, and the presence of pantry pests.

How Long Does Almond Flour Last in The Pantry?

How Long Does Almond Flour Last in The Fridge?

Refrigerating almond flour extends its shelf life since cold temperatures delay enzymatic changes and prevent the growth of microorganisms that cause spoilage. You can store a pack of opened almond flour for up to 4-6 months past its “best by” date, while unopened packs of almond flour last up to 12 months in the fridge.

How Long Does Almond Flour Last in The Freezer?

Frozen almond flour has the longest shelf life. When frozen, opened almond flour lasts up to 12 months, while unopened packages last up to 24 months. However, there are a few things to consider when freezing almond flour.

Choosing the proper container is necessary; you can use an airtight container or a freezer-safe plastic bag to avoid moisture from getting in. Introducing water or moisture in the almond flour shortens the shelf life and changes the consistency of the flour.

Fresh almond flour possesses a pleasant nutty aroma. In contrast, spoiled almond flour produces a foul smell, like what you expect in most spoiled food. Almond flour spoils when moisture or water gets introduced to the flour, causing chemical and enzymatic changes.

Change in Color and Consistency

Almond flour appears off-white or a cream-like color but turns darker when spoiled. You can also look for changes in consistency, as almond flour tends to create small clumps when they’re about to go bad.

Presence of Pantry Pests and Mold

Another good indicator of spoiled flour is the presence of pantry pests or mold. These feed on the flour and change its quality, often bringing microbes that cause health issues. Once you notice black, gray, or green specks, toss the almond flour out.

RELATED Are Almonds Fattening? (How Healthy Are They?)

The best way to extend almond flour shelf life is to prevent moisture from getting into the container. This means you must secure the almond flour in an airtight container before storing it in the fridge or freezer.

Can You Still Use Expired Almond Flour?

Almond flour is healthier than traditional wheat flour as it contains more fiber, carbohydrates, and minerals with lower calories. Almond flour is also naturally gluten-free, making it safer for celiacs than wheat flour.

Is almond the same as an almond meal?

Although both come from raw almonds, almond meal has a coarse texture and consistency, while almond flour is finely ground. However, you can use these two interchangeably since they offer the same flavor and aroma.

Can you make homemade almond flour?

The easiest way to make homemade almond flour is to buy slivered almonds and almond meal and grind them with a food processor. You can also make them from raw almonds and use the extracted liquid as almond milk.

What can you substitute for almond flour?

You can use other nut flour, coconut flour, and oat flour if you wish for gluten-free flour. If you’re okay with flour with gluten, traditional wheat flour or other grain flour does just as fine for your baked good and other baking needs.