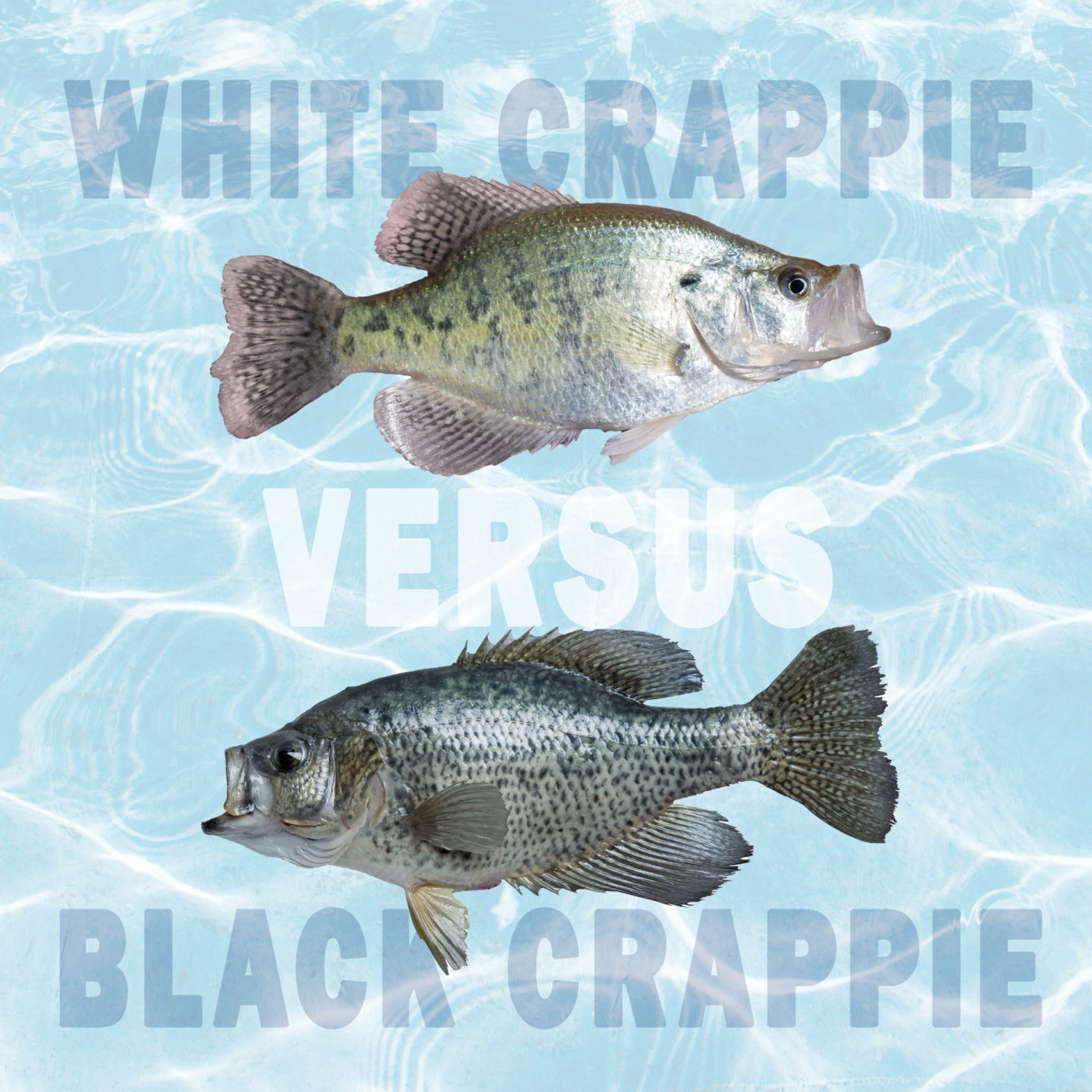 If you're new to crappie fishing, distinguishing between black and white crappie might be difficult. There are a few apparent variations between the two, but you must know what to look for if you want to identify your catch appropriately. And, since these two belong to the same family, you must be keen on their differences.

The main difference between the white and black crappie is their body markings and distribution in North America. White crappie possesses vertical lines, while black crappie has uneven patterns. When cooked, their meat tastes almost the same, and both are excellent sources of protein and contain low calories.

This article will cover the key differences between white and black crappie: their habitat, diet, appearance, taste, nutrition, price and availability, and the different dishes you can make with them.

What is White Crappie?

The white crappie with the scientific name Pomoxis annularis is one of the two species of crappies found in freshwater in North America. Pomoxis is the genus name for crappies with a pointed operculum, while annularis is the species name for crappies with vaguely vertical bands on the body. Goldring, speckled perch, speckled bass, and silver perch are more frequent names for the species.

What is Black Crappie?

The black crappie with the scientific name Pomoxis nigromaculatus is one of two crappie species found in North America. It is comparable to the white crappie in size, form, and behavior. However, it is darker and has a black spot pattern. Black crappies, like white crappies, are a popular sport fish because they are easy to capture during feeding times.

Black crappies can be caught safely under minimum, acceptable controls as long as no irreversible damage to the fishery or environment occurs. It is not included in the IUCN Red List as a threatened species.

White crappies may be found in rivers and low-velocity areas such as pools and river backwaters. However, they are most common in lakes and reservoirs with a surface area of more than 5 acres.

On the other hand, black crappie enjoys lakes, ponds, streams, and sloughs with little or no movement, clear water, and plenty of covers like submerged wood or aquatic plants and sand or mud bottoms.

The Great Lakes, Hudson Bay, and Mississippi River basins, which stretch from New York, southern Ontario to South Dakota, and southward to Texas, are home to white crappies. The range of the black crappie, on the other hand, is unknown due to widespread transplantation, although you can still catch them where you can find white crappie. However, its natural range is thought to be in eastern North America and Canada.

Crappies eat early in the morning and late at night, between midnight and dawn. Plankton and microscopic crustaceans are eaten by crappies under 16 cm in length, whereas larger individuals consume small fish such as shad and minnows.

Despite what may appear to be an evident distinction, the color of the fish does not determine the species' name. To put it another way, "lighter" crappie isn't always "white" crappie.

Similarly, a darker-colored fish isn't always a "black" crappie. Instead, the position of the marks on the fish is the most important morphological difference between the two species.

A black crappie's body is often covered with scattered, variable, and irregular markings. These patterns are usually dark to fairly dark in color and run horizontally. There isn't always a particular "pattern" that holds true among many black crappies. That rule of thumb affects the entire body, from head to toe.

On the other hand, white crappies have a series of thin vertical bars running down the middle of their bodies. While the density and quantity of bars or lines vary, the areas right above the pelvic and pectoral fins are frequently devoid of black markings.

The differences in their dorsal fins are also an excellent way to differentiate the two fish. Once caught, try counting the spikes on their dorsal fin. In particular, a white crappie's dorsal fin will have 5 or 6 spines, whereas black crappies can have 7 or 8.

However, the form of the fish's body is not necessarily fixed since external variables such as access to food and predation can change their body shape in any particular water body.

Although this may not apply to all crappies, their tail fin differs in color. For example, black crappies often have darker-colored tails, and white crappies tend to have lighter-colored tail fins.

Crappies, like largemouth bass, are favorite targets in freshwater fishing. White crappies are more likely to be found in waterways with a lot of hiding places beneath them, such as rocks and heavy weeds, according to an experienced fisherman. Black crappies seem to favor lakes and rivers with sand beds beneath the surface.

Here are some fishing tips you might need. Small jigs and minnow setups are widely used in crappie fishing. Spider rigging is a traditional technique in which eight long rods protruded from the boat, baited with minnows. Small cranks can also be used to troll for crappie. When exploring, utilize electronics to find suspended groups and move your bait close to them.

Both white crappie and black crappie share almost the same nutrients. However, the high protein content of crappie is perhaps the best reason to consume more of it. While fish, in general, is a healthy addition to the diet, crappie is one of the healthiest fishes to include in your meals because of its high protein content and delicious flavor. Every 3 oz of crappie meat offers 20 grams of protein with only 2 grams of fat.

Crappie is an excellent alternative if you want to reduce the number of carbs in your diet. There are no carbohydrates in sight. That is hardly unexpected given that fish contain little, if any, carbs. With only 103 calories per 3 oz, crappie is a meat choice for low-carb diets.

On top of everything, crappie fish is considered to have very low levels of mercury.

You can find black crappie more often than white crappie in terms of availability. The price of crappies ranges from $3.

Since crappie offers a light taste with only minimal fishy odor and flavor, they are perfect for delicate dishes like pan searing or grilling. There is no need to add many herbs and spices to remove any fishy taste, but adding salsa and cheese will balance its flavors. Crappie also does well when baked, smoked, and fried.

What's the difference between white crappie and black crappie?

Does white crappie get bigger than black crappie?

Both black and white crappie fish can weigh up to half a pound, but white crappies grow longer than black crappies.