Lard is a white, semi-soft fat that is tasteless and odorless. Made by rendering pork fat, it is excellent for making crispy roast turkey skin, flaky pie crust, cakes, and cookies.

Skimming through retro cookbooks, you’ll find that lard was a popular ingredient back in the day. But it’s no longer an everyday ingredient found in most kitchens.

If you need an alternative to lard for your next recipe then we have some useful replacements. Keep reading to find a suitable option for you. 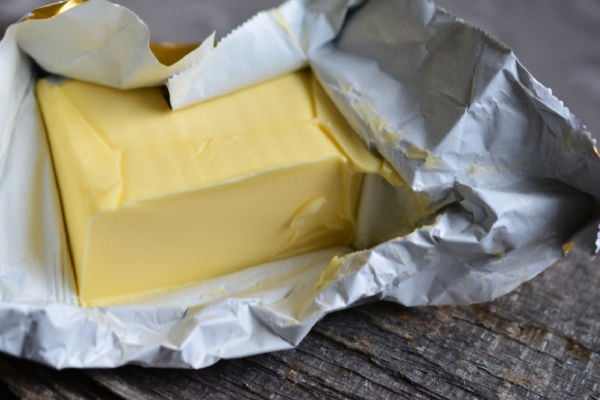 If you’re looking for a backup option that’ll work in most recipes, then butter is your best bet. It can be used in baking, to crisp up roasted poultry, and in batters. It is also excellent for tamale dough and tortillas. Butter is versatile and will give a similar result to lard.

Keep in mind that butter has a lower smoke point than lard. If you’re high-heat cooking dishes like stir-fries, then don’t use butter as it’ll burn easily.

When choosing butter at the store, check that it’s 100% butter, not a blend as this will reduce the fat content. Lard is 100% fat, so you’ll need pure butter. Even then, butter contains around 85% fat (depending on the brand), so you’ll want to increase the amount of butter in some recipes. For example, baking recipes such as cakes and pie crust often fail when you reduce the fat content. 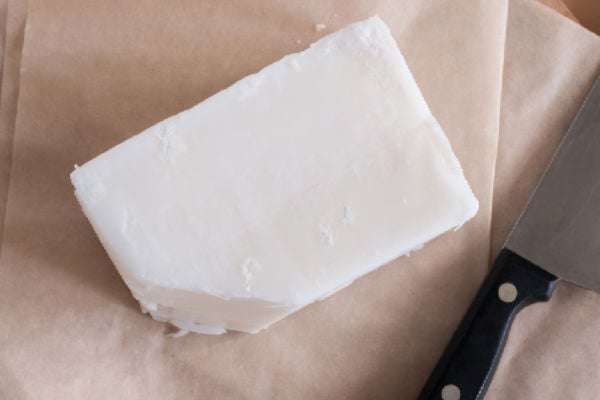 Beef tallow, or dripping, has a mild taste like lard. It is the product of rendered down beef fat and is a good option for those on a Kosher or Halal diet who can’t eat pork.

Use the same quantity of beef tallow as you would lard in any recipe and expect similar results.

Beef tallow, like lard, is high in calories so it isn’t a good option if you’re on a diet. It’s also not suitable for vegans or vegetarians. 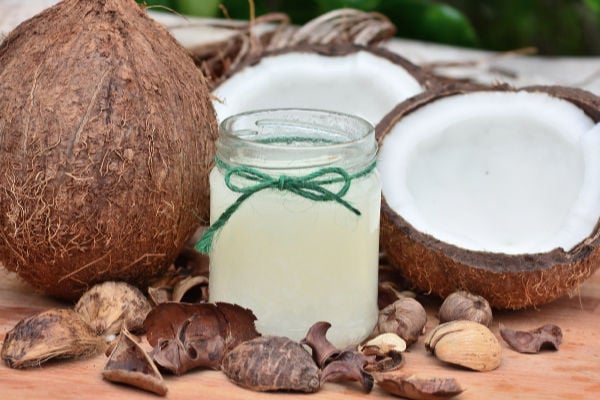 Coconut oil is a handy substitute for lard when you’re frying or cooking at high heat. It has a high smoke point, similar to lard.

Baking recipes are increasingly using coconut oil so you could use it in cakes and biscuits as well. It is also suitable if you don’t want to eat animal fats.

Use the same quantity of coconut oil as you would lard in any recipe. Keep in mind that coconut oil imparts a subtle coconut flavor which may not be ideal for everyone. 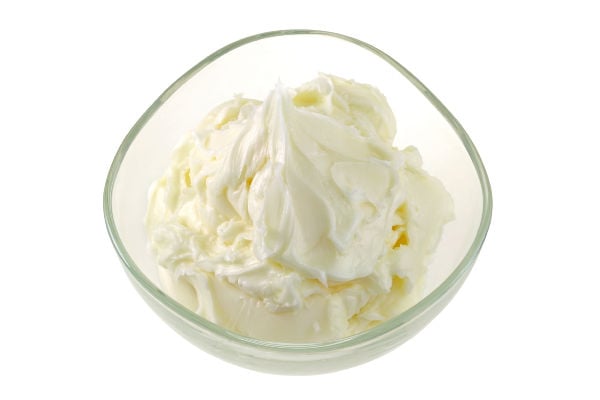 As lard lost its appeal in the second half of the 1900s, vegetable shortening gained favor with home cooks. It is made from soybean, vegetable, or palm oil and is a very close substitute for lard.

Although the fat content is high, it is a great option for anyone on a restricted diet: Halal, Kosher, vegan or vegetarian.

Shortening also has a high smoke point so if you’re frying, use this option instead of butter. The ideal ratio is to use 1:1 so 1 cup of lard means you’ll use 1 cup of shortening.

Olive oil works well in baking and offers another plant-based substitute. It adds a mild taste of olives, so it won’t be appropriate for every dish.

If you have a bottle of extra virgin olive oil, you’ll find its smoke point is relatively low. You may want to consider an alternative such as canola oil if you’re frying.

We’ve created a super helpful resource on the difference between olive oil and canola oil. It’s worth the read so check it out here.

Substitute using equal quantities as the recipe calls for. 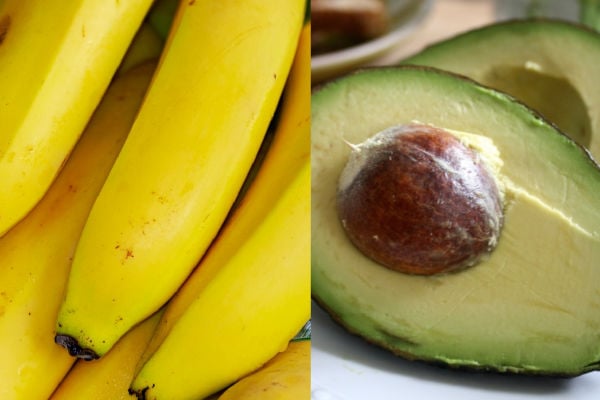 If you use avocado or banana in baking, then you shouldn’t expect the same result as what you’d get from lard. Making pastry? Avoid this backup option and choose one of the others on this list.

Where can you use these replacements? If you’re baking muffins, cookies, bread, or cakes then these substitutes will provide good moisture, without the high calories.

Use half the quantity of fruit as you would lard. Mix the ingredients and check to see how the texture looks. If it’s dry, then adding more banana or avocado is recommended.

Related reading: What are the best substitutes for suet?

Why would I need a lard substitute?

Did you know? In the 1950s lard became a pariah of the kitchen, scorned for its artery-clogging potential (one teaspoon contains 115 calories). But times change and new low-carbohydrate, high-fat diets have emerged. Lard is more accepted and food websites will occasionally include lard in their recipes.

There are plenty of substitutes for lard which are commonly found in the supermarket. Nothing will perfectly replace lard. Its ability to bring taste and texture to food is hard to compete with. However, that doesn’t mean you can’t make the dish without it.

Get creative and experiment with different options to see which works best for you. Food is all about personal preferences and there isn’t one alternative on this list that will be suitable for everyone.