Cheetos are a well-known snack made of flavored crunchy corn puffs that are now sold all over the world. This snack comes in different types and flavors, providing a different eating experience for each taste. Due to its popularity, you might wonder, are Cheetos halal? 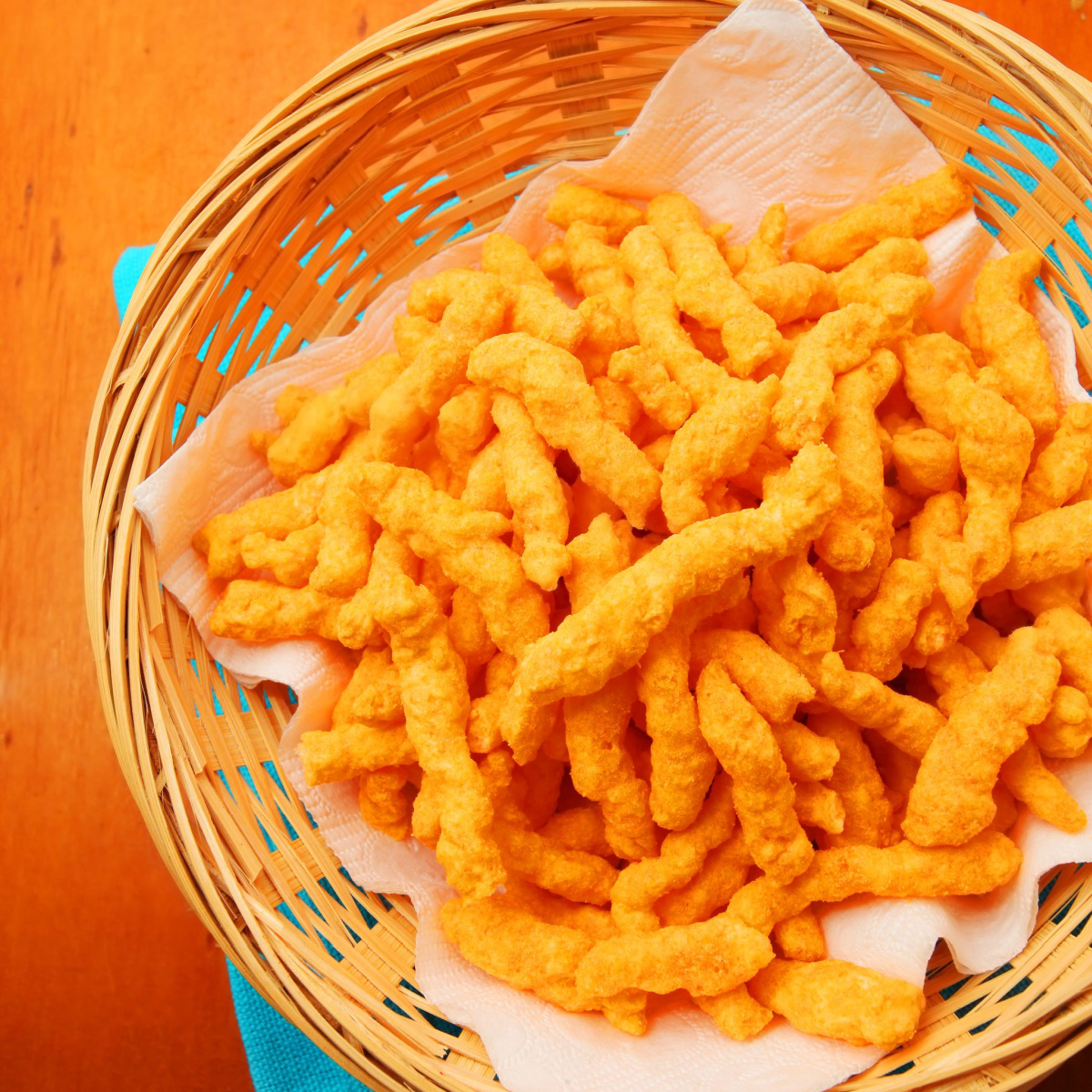 The short answer is that not all Cheetos are halal because they may contain animal enzymes from haram animals.

Cheetos are one of the most popular flavored snacks nowadays. These snacks come from mixing corn and water. Even though the process removes the corn germ, which is where most of the nutrients are found, the snacks are still healthy because the manufacturers add vitamins.

Along with this enriched corn meal, manufacturers add real cheese, like cheddar cheese, and cheese flavoring to create a unique natural and artificial flavor with some oil and dairy ingredients. Due to the dairy ingredients and others derived from animal products, this isn't considered a vegetarian or vegan snack.

Are All Cheetos Halal?

The quick answer is no. Some Cheetos, depending on where they are produced, may contain animal enzymes and animal flavors, making them haram. An example of an animal enzyme used as an ingredient is that which comes from a pig, referred to as pig enzymes or porcine enzymes.

Because Cheetos are so popular, there are many factories that make them in places other than the United States. These countries include Spain, Poland, China, Pakistan, and Saudi Arabia. In Muslim countries like Pakistan and Saudi Arabia, strict food laws regarding halal and haram are implemented.

In Qur'anic terms, "halal" means permitted or allowed. On the other hand, haram means forbidden or unlawful. So, the Cheetos made in Pakistan and Saudi Arabia are halal because they follow these rules about food. Those Cheetos made in the US and most other countries are not halal and, therefore, are considered haram. It is a good idea to check the labels of Cheetos before you eat them to know where they were produced.

Many of the flavorings and seasonings used in the product contain pork fat, gelatin, or other pork-derived substances. Additionally, some ingredients used are not certified halal, such as artificial colors and flavorings.

Since the ingredients used in Hot Cheetos are not all halal-certified, it is not safe to assume that the product is halal.

. Although the brand claims that MSG contains plant-based ingredients, the company is not halal-certified as they use animal by-products, which are not acceptable in the Islamic faith.

Additionally, there is not a widely accepted certification for the halal status of MSG, so it is difficult to verify whether the product is halal.

What Makes A Food Halal?

Any food can be considered halal if it adheres to Islamic law, similar to Kosher foods, governed by Jewish dietary law. In a nutshell, halal food is guided by religious criteria based on the Qur'an, and it includes practices that show how animals that are supposed to be eaten are raised, fed, slaughtered, and prepared for consumption.

According to Islamic law, pork and its byproducts, blood, alcohol, and any food that has been tainted by any of these things are all forbidden. Let's say that a certain food has halal dairy ingredients, but it could also have haram ingredients like pork enzyme, pork fat, or a pork product. In that case, that food is considered haram despite its halal dairy ingredients.

Can Everyone Eat Halal Food?

It is cleaner and safer.

Since contamination is a big issue in halal meat, its hygiene and safety are always a priority during its preparation and even in raising the cows. During the slaughtering process, all of the blood in the meat must be drained. This keeps pathogens from getting into the meat or stops them from getting in.

Muslim law says that the animal must not be stressed or in pain when it is being killed. This makes sure that there is more lactic acid in the blood, which makes the meat tender, pink, and flavorful.

Don't worry if you like snacks with halal flavors or potato chips. There are many snacks to choose from. Frito-Lay, the company that produces Doritos and Cheetos products, also makes halal snacks, which are salted only and non-seasoned. Here is a list of halal chips:

It depends. Some regular Cheetos or Cheetos Puffs may contain pig enzymes, which aid in their artificial and natural flavor. It usually depends on the country where the Cheetos are being produced.

Are Cheetos halal in Pakistan?

Yes. In Muslim countries like Saudi Arabia and Pakistan, their Cheetos doesn't contain pork or porcine enzymes due to their adherence to Muslim dietary laws.