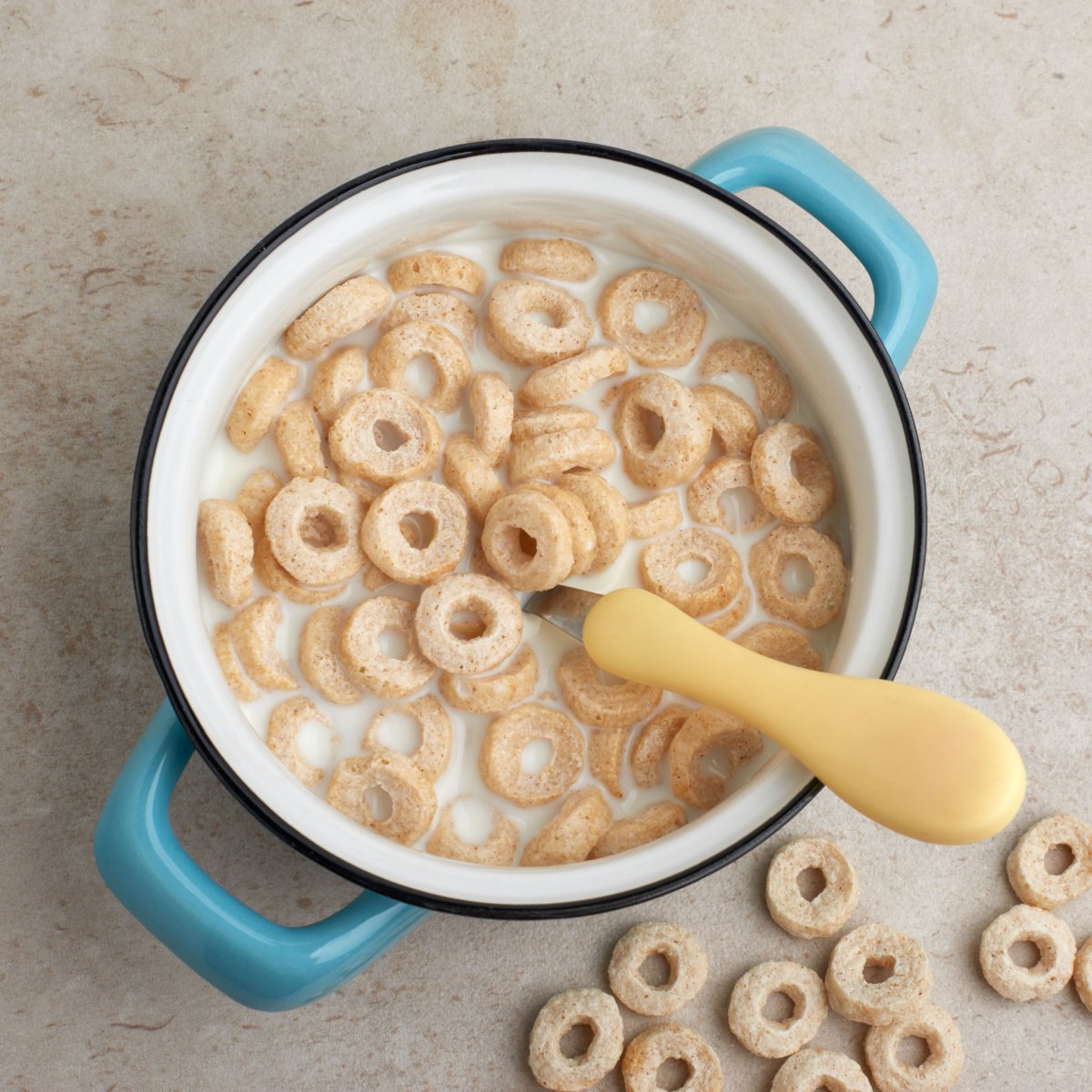 Honey Nut Cheerios also have a high glycemic index and glycemic load, which is why people with diabetes should avoid eating them.

This article will explain all the reasons why you shouldn't eat Honey Nut Cheerios if you have diabetes and will provide healthier alternatives as well.

Diabetes in a Nutshell

Diabetes is a long-term health condition that happens when the body either doesn't make enough insulin or doesn't use the insulin it does make in the right way.

There are three main types of diabetes:

While there is no current cure for type 1 and type 2 diabetes, you can help manage them by eating healthy food and following a healthy lifestyle. Unmanaged diabetes can result in various health problems, including heart disease, nerve damage, vision problems, and kidney disease.

What Are Honey Nut Cheerios?

Although Honey Nut Cheerios are a great source of iron, calcium, and essential vitamins and minerals, they contain high amounts of carbohydrates, at 80 grams per 100-gram serving, 33 of which are added sugars that make this cereal delicious.

Despite being a popular breakfast and snack option, Honey Nut Cheerios are not suitable for people who like to manage their sugar levels, like people with diabetes.

Since Honey Nut Cheerios have added sugars, they are not the best choice for a diabetic's diet.

Why Are Honey Nut Cheerios Not Suitable for Diabetics?

People with diabetes should avoid eating too many carbohydrates because carbohydrates get broken down into glucose, the body's primary energy source.

When too much glucose is present in the bloodstream, it can be difficult for the body to process and store it properly, leading to an increased risk of developing diabetes.

Also, carbs are quickly broken down and absorbed into the bloodstream, which makes blood sugar levels rise quickly. This can be bad for people with diabetes, who need to keep a close eye on their blood sugar levels to stay healthy.

A 100-gram serving of Honey Nut Cheerios contains 33 grams of added sugar. Although there is no direct link between sugar and diabetes, sugar does contribute to obesity, and obesity is a risk factor for developing diabetes.

Added sugar immediately increases blood sugar levels in the blood, causing a blood sugar spike. Unlike carbohydrates in the form of fiber, added sugar is a simple sugar that gets easily digested and used.

According to the Diabetes Organization, people with diabetes should limit their sugar intake to 30 grams daily. Eating 100 grams of Honey Nut Cheerios would have already reached your maximum daily limit.

As a summary, here's a quick glycemic index guide for different foods:

A 100-gram serving of Honey Nut Cheerios has a glycemic load of 60, which is very high. Unlike the glycemic index, which is constant, a food's glycemic load varies depending on the serving size.

To calculate a food's glycemic load, you must multiply its carbohydrate content by its glycemic index and divide it by 100. Here's a quick guide on the glycemic load range:

No, Honey Nut Cheerios can't lower your blood sugar. Even though it has important vitamins and minerals, it also has a lot of carbs and added sugar, which raises blood sugar instead of lowering it.

Since Honey Nut Cheerios have high amounts of carbs and added sugar, they also have a high glycemic index and glycemic load, which you should consider if you're trying to manage diabetes.

Oatmeal is a hearty and nutritious breakfast cereal option. It has high fiber, which helps you feel fuller for longer, and is low in calories and fat. Plus, it's easy to customize with toppings like dried fruit, nuts, and seeds.

A great way to start your day with a healthy dose of protein and fiber is to eat chia pudding. Chia seeds are high in antioxidants, omega-3 fatty acids, and fiber.

Granola is a great cereal alternative, full of crunchy goodness and nutrients. It usually comes with whole grains, nuts, and seeds, which you can customize with dried fruit, yogurt, and other toppings.

Muesli is a popular cold cereal alternative with oats, nuts, and dried fruit. It has high fiber and low sugar, and you can easily customize it with your favorite toppings.

Flaxseed is a great grain cereal alternative for those seeking a healthy dose of omega-3 fatty acids and fiber. You can add them to cereal, smoothies, yogurt, and more.

Quinoa is a nutritious cereal alternative that's high in protein and fiber. You can have it as a hot cereal or add it to yogurt, smoothies, and salads.

Hemp hearts are a healthy cereal alternative for those seeking a healthy dose of protein and omega-3 fatty acids. You can add them to cereal, yogurt, smoothies, and more.

Buckwheat is a nutritious cereal alternative that is high in fiber, protein, and essential vitamins and minerals. You can eat it as a hot cereal or add it to smoothies and salads.

Chia & Coconut Cereal is a great cereal alternative for those looking for a healthy dose of protein and omega-3 fatty acids. This cereal mix contains chia seeds, coconut flakes, and nuts that are good for weight loss.

Oat bran is a nutritious cereal alternative that's high in fiber and low in calories. It's easy to customize with your favorite fruits, nuts, and seeds and add to smoothies, yogurt, and more.

Can people with diabetes have milk?

Yes, people with diabetes can drink milk with the approval of their physician. Low-fat milk and milk alternatives such as oat milk and almond milk are better options.

Is Apple Cinnamon Cheerios suitable for people with diabetes?

Apple Cinnamon Cheerios are a high-calorie snack that contains high amounts of sugar and refined carbs, making them unsuitable for people with diabetes.