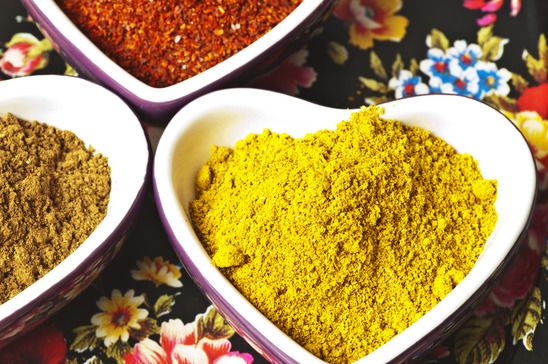 There is no doubt about it. Turmeric (Cucurma longa, Family Zingiberaceae) is flavor of the month these days. The easily recognizable bright yellow rhizome is native to southern Asia. The primary phytochemical of Turmeric is curcumin and Ayurvedic medicine considers it to be the ultimate superfood... Just FYI.

Full disclaimer here. I love Turmeric and it happens to appear in my diet every day. In fact, I have a pile of yellow splodges on lots of my clothes as proof of my love affair with Turmeric! It's almost impossible to wash out of clothes!

My other disclaimer is that I am an infectious diseases physician and picked up a PhD in pharmacology along the way.

So I get annoyed when I read sensational, tabloid style articles purporting to have scientific or medical knowledge about Turmeric.

As an example, I recently read a blog which questioned whether Turmeric was superior to medication for a range of diseases including diabetes, eye disease, arthritis, blood clots.

Fortunately, there are very specific criteria that have to be met to say that one treatment is superior to another. Had the blogger in question taken time to read some of the literature in depth, they might have come across an review of the research into Turmeric which clearly says that Turmeric is looking good but far from proven as a treatment for anything (Talalay).

The authors of the paper say that despite years of research into Turmeric, it has only reached the stage of being a ‘potential’ treatment and that further studies are needed. If (and only if) these studies were well designed and showed that Turmeric was more effective and had less side effects, then it would be acceptable to say that Turmeric is ‘superior’ to the stated medications.

Anyhow, I want to come back to the « years  of research » part, because this is unusual for natural health remedies. Most of them have no research at all, and so the health claims are completely baseless. But Turmeric is different.

As a contribution to the effort to increase understanding of what research has been done on Turmeric (curcumin) and it's effects on human health, here are 10 claims we've read about Turmeric, and a summary of what research says about them.

1. Is Turmeric a superior blood thinner? Answer: No.

Turmeric can increase the risk of bleeding in people on anticoagulation medication and should be avoided in people taking these drugs.

That is totally different to saying that Turmeric is superior to currently licensed blood thinning drugs. There is absolutely no evidence to back this up. In fact, one study showed no effect of Turmeric at a dose of 100mg/kg on blood clotting or platelet function (Liu). I have to say that this is the claim that really bugs me. Blood clots, lung clots, leg clots can kill people. Sure no one wants to be on nasty blood thinners.

Yes I know that warfarin was developed as a rat poison. But needs must be met. It is irresponsible to suggest that Turmeric is a better blood thinner. What does the blogger plan on doing if someone (foolishly) reads the blog and decides to stop their blood thinner (or add Turmeric to their blood thinner) and something disastrous happens?

2. Is Turmeric better/more effective than anti-depressants? Answer: No.

There is a really well designed and conducted study which shows that Turmeric has potential as an antidepressant (Sanmukani). The study did a head to head comparison of Prozac plus Turmeric against Prozac alone or turmeric alone. The study found that more people on Prozac plus turmeric responded to treatment as compared to the turmeric alone or Prozac alone arm. People on all three treatment arms reported that same level of improvement in their symptoms.

3. Is Turmeric is a better anti-inflammatory than aspirin? Answer: Can't say.

There is some good news about the anti-inflammatory effects of Turmeric. But we must proceed with caution.

A study that was used in a recent popular blog to suggest that Turmeric might be superior to aspirin was not done in living humans (Takada).  Yes, Turmeric is the better anti-inflammatory agent when the researchers looked at leukemia, lung cancer and embryonic kidney cells dunked in a mixture of penicillin and an anti-TB medication in a laboratory. But that's all.

It's not accurate to say that this can be extrapolated to day to day life in humans. To be totally geekish, resveratrol and the breast cancer drug tamoxifen were even better anti-inflammatories than Turmeric in the study in question. Just saying!

A 2018 study from Indonesia compared the non-steroidal anti-inflammatory (diclofenac) to turmeric in 90 adults undergoing removal of impacted molar teeth (Maulina). While both diclofenac and turmeric were rated as effective in reducing post-operative pain, the turmeric resulted in statistically better pain relief. w 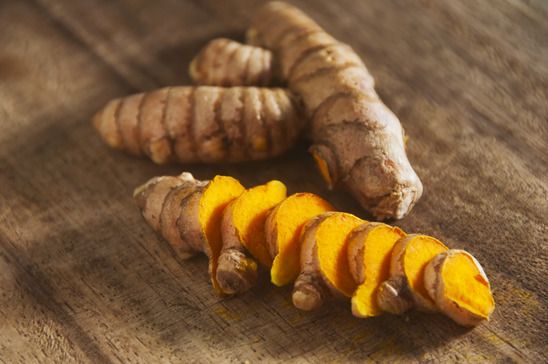 A well designed, albeit small (47 patients) study showed that Turmeric was safe and effective helping patients with rheumatoid arthritis.

The study compared Turmeric 500mg with diclofenac 50 mg when taken alone or in combination. Interestingly the patients who were given Turmeric showed the most improvement in joint tenderness and swelling (Chandran).

Turmeric at a dose of 1200 mg per day was also shown to be safe and effective in the treatment of osteoarthritis of the knee (Kuptniratasaikul).

This is encouraging, and we can hope that further research is done to corroborate these findings. But we can't use them to say that Turmeric is helpful for sufferers of rheumatoid arthritis.

Diclofenac on the other hand has been studied, reviewed, and re-reviewed as a treatment for different kinds of arthritis and had it's safety and efficacy repeatedly confirmed.

Last thing: It is worth mentioning again the concern about using Turmeric with drugs like diclofenac because of the risk of bleeding.

A study published just this month looked at the evidence for Turmeric in the management of cognitive disorders like Alzheimer’s.

They looked at the five available trials which they felt were disappointing. They wrote that they could not draw any firm conclusions based on what is known (Mazzanti).

I have to admit that I found this review really disappointing as they also said that they also looked at resveratrol in red wine and reached the same conclusion.

I was not happy to see two of my favorite foods on the ‘can’t say’ list!

6. Is Turmeric helpful for burns and other skin conditions? Answer: Maybe.

Turmeric paste has been used for decades as a local or folk treatment for burns. Recent science suggest that Turmeric can help burns patients through two different mechanisms. Firstly, it can help relieve the pain of burns. Secondly, the anti-inflammatory effects can help the burns heal quicker (Cheppudira).

A detailed review of Turmeric for skin health was published in August of this year (Vaughn). The review included studies that used Turmeric as a paste and when taken orally for a variety of skin condition including vitiligo, psoriasis, acne, photoaging. Ten of the studies noted clinically significant improvements in the severity of the skin condition in patients who were treated with turmeric as compared to those who were not.

The reviewers concluded that there is early evidence supporting the use of Turmeric for skin conditions but that more studies are needed.

A 2018 study from collaborators in Texas and Iran found that a turmeric tonic significantly reduced erythema, scaling and induration of scalp psorasis lesions in 40 adult patients (Bahraini). Additionally, statistically significant improvements in quality of life were reported in the study. It is noteworthy that these improvements were noted in as little as 9 weeks.

There is emerging promising information on the benefits of Turmeric in complex eye problems such as chronic anterior uveitis, diabetic retinopathy and age related degeneration of the macula.

There are no data on curcumin eye drops (I can’t imagine how messy that would be!!).

There are data from a randomized trial of thirty two patients with anterior uveitis. Half of the study participants were given 375 mg of Turmeric three times a day for 12 weeks. The study showed that the Turmeric treated patients had a better clinical response than patients in the comparison arm. (Pescosolido).

Again, this is a promising result, but much more research is needed to provide any kind of certainty that Turmeric is helpful in treating non-alcoholic fatty liver disease.

There is huge interest in using Turmeric in diabetes. Logically, Turmeric could have a role in diabetes. There are lots of studies which suggest that Turmeric can help. One example of this would be a study which looked at low versus moderate curry consumption on blood glucose and triglyceride levels (Kwon). The study found that ‘curcumin consumption, in an ordinary diet, can have health-beneficial effects, including being helpful in maintaining blood glucose and triglyceride levels that become dysregulated with age’.

You guessed it: This does not mean it's proven to be effective in treating diabetes, but it's promising and we can hope that more research confirms these findings. 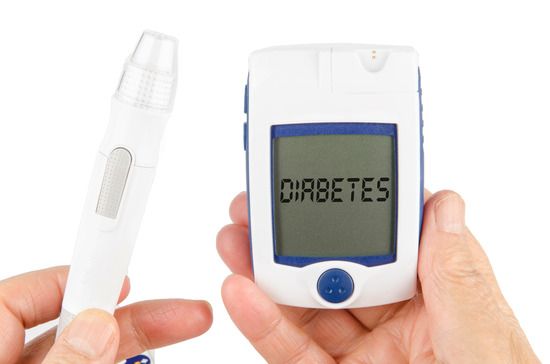 There have been a handful of small studies which have looked at Turmeric in inflammatory bowel disease such as Crohn’s Disease. Studies so far have shown that the addition of Turmeric has allowed patients to reduce the doses of other anti-inflammatory drugs (Taylor).

… Which of course is not the same as Turmeric being a treatment for Crohn's disease.

A Note On Dosages

Since some readers of this post may want to integrate Turmeric into their diets regardless of evidence, I thought the following may be helpful.

I can a see why there is still confusion about Turmeric even though there are lots of studies looking at the age-old spice. Some studies look at Turmeric at doses used in regular cooking and some are looking at super high doses of Turmeric when it is taken as a supplement.

Regardless of whether Turmeric is used as a cooking spice or a supplement, there can be big differences in the amount of Turmeric between different brands.

So when you take Turmeric, how much ‘Turmeric’ are you really taking? This can vary depending on the purity and quality of the Turmeric used. High quality pure powder is different to poor quality turmeric with additives which is also different to Turmeric capsules. They all give different amounts of turmeric. This can make it difficult to compare across studies.

Overall, I can see why Turmeric is the ‘golden nutraceutical’. The studies that we have do point to a possible role for Turmeric as a useful anti-inflammatory especially in lifestyle diseases.

We're a long way from being able to claim anything with certainty on this spice, and until then, patience is required.

Until then, stay healthy, stay smart!