The red snapper is a popular fish among recreational anglers and is often found in restaurants as the main dish. It lives in waters all around the world but is commonly found in the Caribbean, Gulf of Mexico, and along the Atlantic Coast.

Are you wondering what does red snapper taste like? In this guide, we’ll dive deep into the its flavor profile, uses in cooking, pairing suggestions, and more.

Red snapper is a mild, slightly sweet fish with a subtle nutty taste. Its meat is lean and moist with a firm texture, making it a versatile ingredient in cooking. Red snappers don’t taste “fishy” compared to many other fish varieties, making them ideal for kids and people who prefer mild-flavored food. 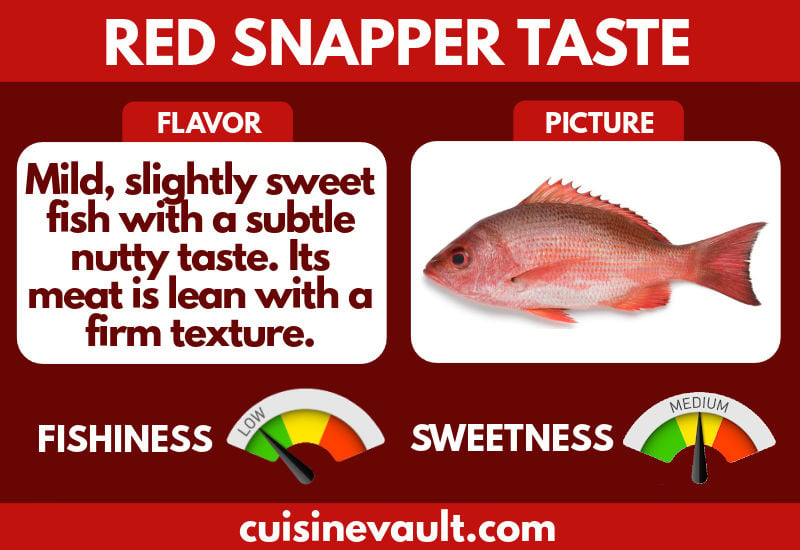 Red snappers and yellowtail snappers are both a part of the Lutjanidae family. They're also both a type of fish that is commonly caught in warm waters around the world.

The red snapper has a reddish pink color on its body with white stripes. Yellowtail snappers have a similar pattern to them, but they also have yellow scales on their back. These two types of fish can be easily distinguished from one another by their coloring patterns.

The yellowtail snapper has a milder flavor than the red snapper and they can't be cooked as long as they have less oil content.

The vermilion snapper and red snapper are very similar in appearance although the red variety is the larger species. They both have a pinkish-red color, but the difference between them is in their flavor profile. Both types of fish are mild tasting with a sweet, nutty taste to them when they are fresh. However, the vermilion snapper contains more fat content than the red snapper does which makes it richer and a little more forgiving when kept on the heat too long.

A redfish has a similar texture to the red snapper and they both have mild, sweet, nutty flavored meat.

There is a big difference in taste between red snapper and mackerel. Red snapper has a buttery, mild, sweet flavor while Mackerel has a stronger, sharper flavor with higher oil content.

Red snapper is often butterier and flakier than salmon, and it also has a stronger taste of saltwater. These two fish can be cooked in similar ways but do not always make for good substitutes in recipes.

The difference between snapper and grouper is that grouper has the most pronounced flavor and tends to be saltier. Snapper is also leaner and less oily which makes for healthier eating. 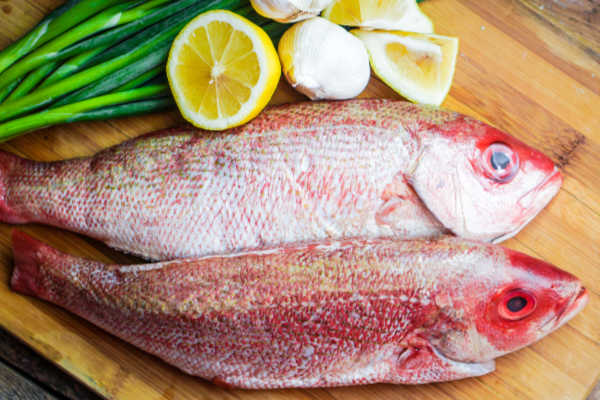 How to choose the best snapper

How to clean a snapper

In some parts of the world, it’s not common to see a whole red snapper for sale. For those of you who have never cleaned one, here are the steps.

The fish fillets should now be ready to slice up for raw sushi, sashimi, ceviche, or cook with them. 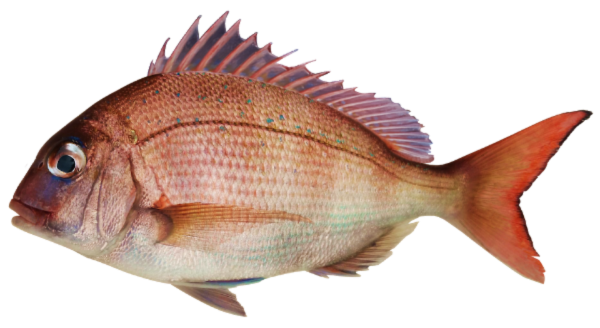 How to cook snapper

Whether you serve up tender snapper fillets or impress the table with a whole fish on the plate, most will love your choice of seafood.

The red snapper is a fish that can be enjoyed in many ways. It does well with spicy chili peppers or more subtle flavors making it a versatile fish to cook for dinner.

There are plenty of options when it comes to cooking methods: bake, steam, broil, grill (barbecue) or saute your fish. Here’s a delicious recipe for baked snapper.

Tip: You can use fresh lime as a great alternative to lemons. 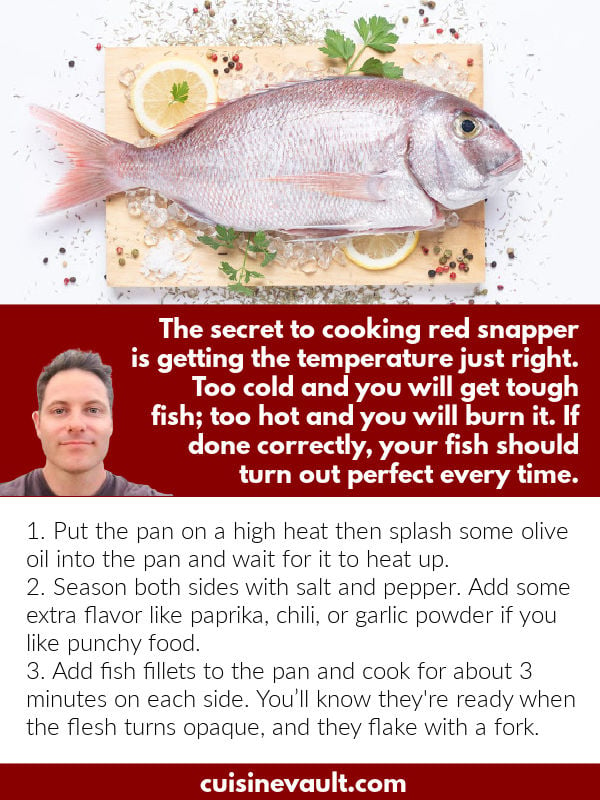 The secret to cooking red snapper is getting the temperature just right. Too cold and you will get tough fish; too hot and you will burn it. If done correctly, your dish should turn out perfect every time.

Interesting reading:
What is a useful substitute for barramundi?

Given the opportunity, red snapper can reach 35 pounds. At markets, they are usually only 5 pounds. As the fish ages, their skin changes from metallic pink to pinkish-red. The skin and eyes redden once they grow to four pounds in size.

Snapper gets its name from teeth that are large and spikey. Thankfully, they have no interest in humans. 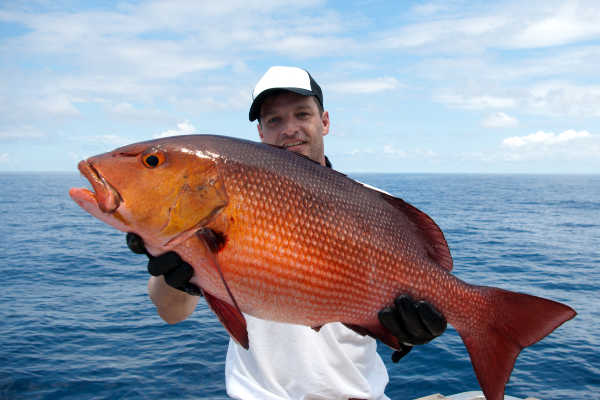 Is red snapper a nutritious fish?

Red snapper is a lean white fish that contains various health benefits. It has useful levels of Vitamin A and Omega-3 acids which play an important role in maintaining healthy bones and cell reproduction. The fish also contains iron, calcium, and protein while being low in calories, saturated fats, and cholesterol.

Red snapper can be harmful if eaten in high amounts due to the high levels of mercury. Nutritionists recommend eating this fish in moderation.

Is the red snapper known by any other name?

How do I store a snapper?

You can store red snappers in the fridge for 1-2 days in their original packaging (if bought from a store) or in an airtight container. Freeze snapper in plastic wrap or foil for up to 8 months.

If you’ve cooked the snapper, store it in an airtight container for 2-3 days in the fridge. 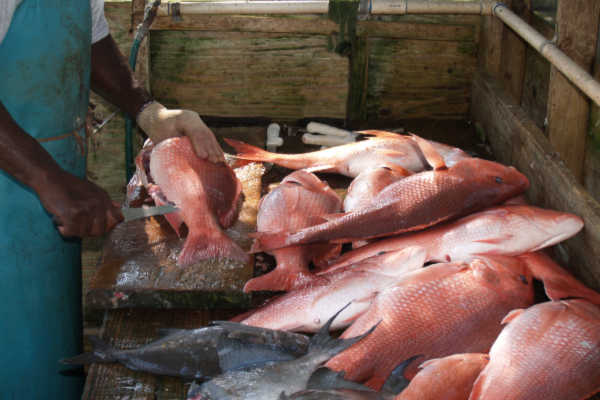 Buying fresh snapper from the market is a good option.

Related reading: If you love fish then check out our flavor guides on sea bass, mahi mahi, or flounder.

Red snapper is a sweet and slightly nutty-tasting fish with a firm texture. For people that enjoy mild-flavored seafood, red snapper is an excellent choice.

A snapper offers versatility in the kitchen. Its meat is delicious, whether it is seasoned with a complex spice blend or slapped onto a pan with salt, pepper, and olive oil. Battered or crumbed, these fillets make for a tasty main course.

If you’re considering other mild seafood varieties then scallops, octopus, or salmon are all excellent choices. Geoducks are a unique ingredient, but they can be difficult to find in store.