Oregano is a flowering plant which belongs to the mint family. It is known as the ‘pizza herb’, wild marjoram, Spanish thyme or more properly Origanum. It grows wild in the Mediterranean region with Greece and Turkey being the main producers and exporters of oregano (Liolis). 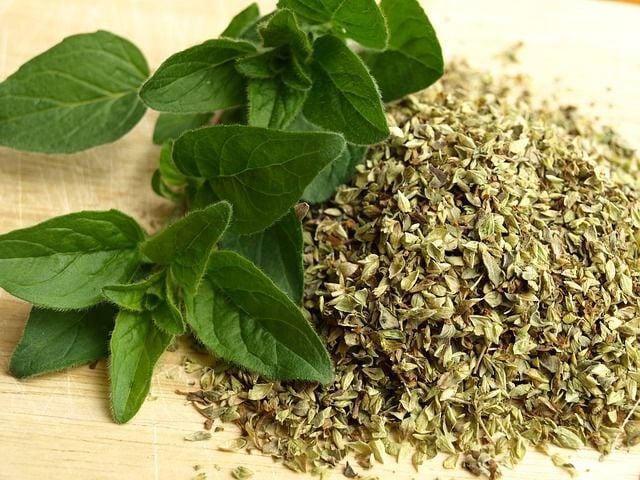 Trivia question- name two famous people who have used oregano? Answer, Hippocrates and Harry Potter! Hippocrates is considered to be the founder of modern medicine. He was a Greek physician and was very familiar with oregano and is known to have used this to treat patients. Both Harry Potter and his deadly enemy Draco Malfoy successfully used oregano for healing some nasty wounds.

The research on oregano is at a very early stage. Despite the lack of scientific data, a recent blog claimed that oregano was ‘more powerful than prescription antibiotics’.

That's pretty interesting because the CDC, FDA and FTC don’t agree (CDC, FDA, FTC). So who's right? The blogger or the agencies?

I don’t like to blindly accept anything at face value. Let’s take a look at the original source data and see for ourselves.

There are no clinical trials looking at the anti-parasitic effects of oregano. There are a handful of case reports and small laboratory studies which suggest that oregano has promise as an anti-parasitic agent.

One study looked at six weeks of supplementation with 600mg of oregano daily for fourteen adults whose stools tested positive for enteric parasites including Entamoeba, Endolimax or Blastocystis. Seven of the 14 patients reported improvement in their gastrointestinal symptoms. Thirteen out of 14 patients cleared their stools of the enteric parasite over the study period (5).

While curious, it's important to recognize that a study with 14 people can never on it's own be used as evidence for any conclusion.

The majority of the other studies were not carried out on humans but were based in the laboratory and again showed promising benefits of oregano oil for Giarida and Echinococcus (11, 4).

But wait. Before you pack oregano to ward off travellers diarrhea on your next exotic holiday, maybe keep in mind outbreaks such as  botulism in Italy in 1993 or  salmonella in Chicago and New York in 2001 (MMWR, 7). The Italian outbreak was thought to be due to eggplant which was soaked in a water-vinegar-oregano mixture. The salmonella outbreak occurred in ready to eat pork which was also soaked in a salt and oregano mix. Surely if oregano were more ‘powerful than prescription antibiotics’ it would have prevented these outbreaks of food borne infections?

Seems the oregano was not so ‘powerful’ after all? Maybe they should have stirred the mixture with Harry Potter’s magic wand to activate the oregano? 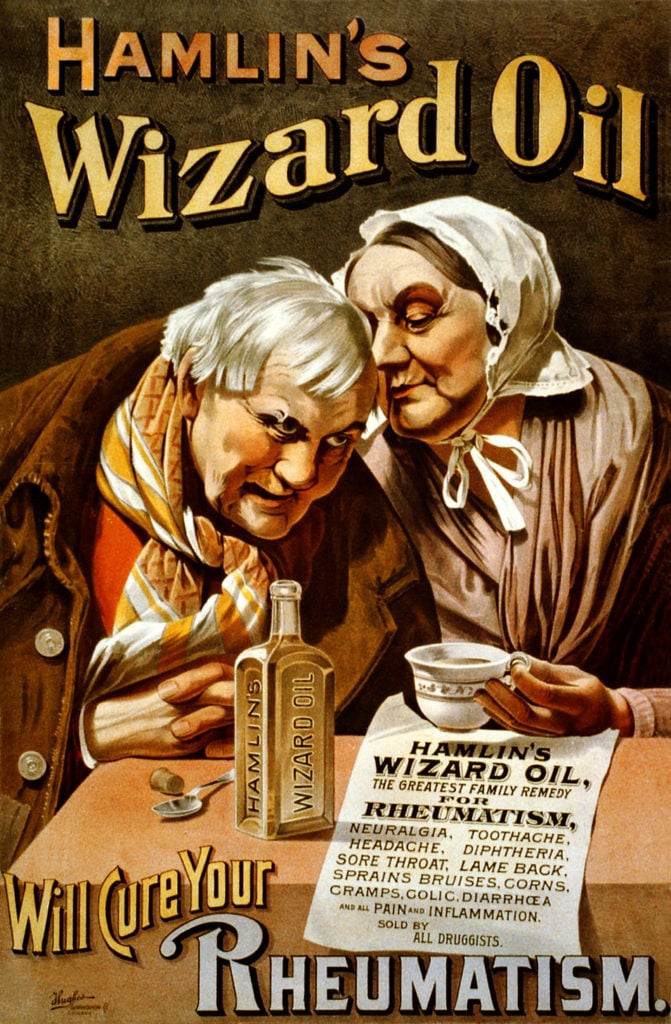 There is only one study looking at the effect of oregano oil on sore throats. The small Italian study took throat swabs from children with pharyngitis (10).

They then grew group A streptococci in the laboratory and tested the bugs against carvacrol derived from oregano oil. Carvacrol had no added benefit over standard penicillin therapy but did seem to enhance the effect of the antibiotic erythromycin against the group A streptococci.

This is far from conclusive and absolutely can’t be used to prove that oregano is ‘more powerful than prescription antibiotics’.

Just to put things in perspective, there are over 4500 published studies looking at the use of antibiotics in acute pharyngitis. Logically it’s impossible to choose oregano over antibiotics when the scorecard reads oregano 1:antibiotics 4500.

The CDC has a free online evidence based resource for travellers called the Yellow Book. The Yellow Book is updated in real time with new information. The Yellow Book sates that ‘there is no good evidence to support claims that …oregano prevents or treats colds or other infections’.

Actually allow me digress for a minute. It is really crazy to make a claim that oregano oil is ‘more powerful than prescription antibiotics’. Maybe the blogger in question does not know just how seriously the federal agencies take false claims?

In 2005 the FTC settled a 2.5 million dollar settlement against a company who claimed that ‘oregano prevents flus and colds when taken orally and relieves bacterial and viral infections’. The FTC extracted the 2.5 million dollar settlement and a promise from the company  that all future claims for oil of oregano products should be ‘true, non misleading and substantiated’. Note ‘true, non-misleading and substantiated’ my blogger friend.

In 2014, the FDA reviewed the website and social media platforms of a company who claimed that oregano oil was effective at preventing and treating a wide range of diseases including Ebola. The FDA reminded the company that ‘oregano is not recognized as a safe and effective treatment based on the available  scientific data’ and that the FDA are the regulatory agency with the authority to make such claims (FDA). Not random bloggers!

So I really hope that my blogger friends have a vault of spare cash to hand over to the FTC and the FDA when they read that blog claiming that oregano oil is ‘more powerful than antibiotics’.

There is absolutely nothing in the literature looking at the effect of oregano, carvacrol or thymol for sinus infections. This compares to over 4000 studies looking at antibiotics for sinusitis which again makes antibiotics the clear winner here.

Is it helpful for urinary tract infections?

There are no published studies on oregano oil for warts or the Human Papilloma Virus which causes warts.

A 2017 study of 123 career women looked at interventions to improve sleep quality (13 ). In truth, I would never have thought of oregano for sleep. The study was carried out by researchers in Taiwan. The study found that a blended oil containing lavender, oregano and Salvia sclarea plus acupressure massage significantly improved sleep quality and quality of life in just four weeks. The main issue here is that we cannot isolate out the effect of oregano from the other oils in this blend.
Bottom Line: Further studies are needed to decide if oregano can help with sleep.

Pharmacists at the University of Illinois have just published a comprehensive review of oregano (14). They reviewed pre-clinical and clinical data and concluded that oregano was a viable and natural way to preserve food. Additionally they suggested (but did not prove) that oregano offered additional benefits of contributing to intestinal health. A double whammy at a time when there is growing public interest in clean food labelling
Furthermore, the research pharmacists suggest that blending oregano with additional herbs may offer even extra benefits.
Bottom Line: Oregano can help preserve food.

Researchers from Casablanca have just published data on oregano and sperm health (15). This study compared the effects of sage, eucalyptus or oregano on sperm mobility and vitality in a laboratory experiment. Both eucalyptus and oregano improved sperm vitality and mobility but sage only helped with sperm vitality. While this is an interesting study, we can't know if the amounts of oregano that would reach the sperm from either the diet or supplementation would offer the same benefits.
Bottom Line: There is no evidence yet that oregano promotes sperm health at this time. 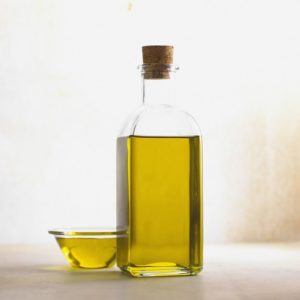 Again there are no clinical studies looking at the safety profile of oregano or oregano oil. There is obviously a big difference between having a sprinkle of dried oregano on a pizza versus versus ingesting pure oregano oil. As mentioned earlier, the constituents of oregano oil also vary from place to place and season to season.

In general it is recommended that oregano oil be avoided during pregnancy and breastfeeding. (UMN)

It is also considered wise to avoid oregano oil when taking antidiabetic medications or injections or anticoagulation therapy.

There are concerns that oregano can increase the risk of bleeding. People who use oregano should stop 2 weeks before the surgery.

People who are allergic to other members of the mint family such as basil or sage should be careful when using oregano.

We all have a vested interest in solving the problem of antibiotic resistance. How great would it be if plants and essential oils were that answer? Undoubtedly, essential oils such as oregano have a huge potential for medicinal use, but at the moment the emphasis is on the word ‘potential’ (16). There is promising, emerging data from in vitro or laboratory-based studies, but the research is at a very very early stage. Definitely not ready for prime time.

I have to agree with the CDC, FTC and FDA in saying that it is really irresponsible to suggest that oregano oil is ‘more powerful than prescription antibiotics’. I, for one, won't be ditching my personal protective equipment for Ebola in exchange for a spritz of oregano oil. Would you?

Maybe the reason that oregano oil worked for Harry Potter and Draco Malfoy was the fact that they added in a little magic and wizardry and super long spell words. Meanwhile, for muggles like you and me, there is no proof that oregano is more powerful than antibiotics.