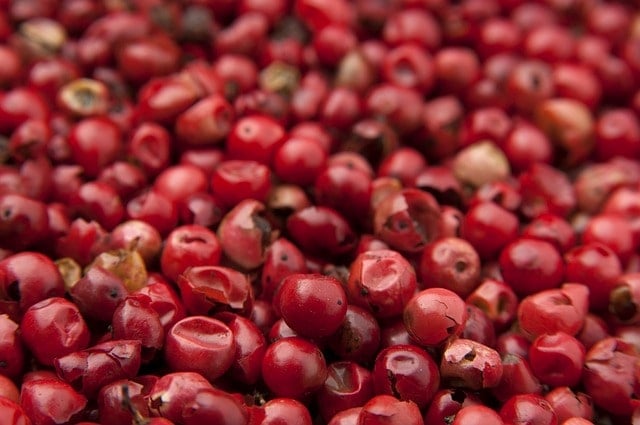 One of my really good friends is an amazingly gifted Traditional Chinese Doctor and I attend her regularly for acupuncture.  I was really curious (bordering on suspicious) last week when she gave me a small bag of goji berries as I was leaving her clinic.

Her next customer was already making moves towards the treatment room and I did not like to interrupt to ask why I had been given goji berries? Was there something off in my chi?

Rather than texting Dr. Jing to ask why and risk being seen as totally obsessive-compulsive, (there is a remote chance that she has not noticed) I figure that I will just do my own research.

What Are Goji Berries?

Goji berries (Gou Qi Zhi, Fructus Lycii, gouzi, or wolfberries) are brightly colored, red-orange berries that come from China. They are claimed to be the ‘fountain of youth’. They come from two closely related plants, Lycium chinense and Lycium barbarum which belong to the Solanaceae family.

The berries themselves are about 1 to 2 cm long and have a bittersweet taste (1). Many blogs say that goji berries come from the Himalayas but it seems more likely that they come from China. They are consumed dried, raw and cooked and are used in juices, teas, wines and medicinally.

They are used for a wide variety of conditions including diabetes, hypertension, fever and macular degeneration.

The key bio-actives in goji berries are colored components such as zeaxanthin and carotene, polysaccharides and small molecules including betaine, beta-sitosterol, and p-coumaric.

There is a significant interest in the anti-oxidant and anti-inflammatory effects of goji berries (3).

A 30 day randomized, controlled trial in 50 Chinese adults studied the effect of goji berries or placebo on antioxidant biomarkers (4). Statistically significant increases in key antioxidant markers such as superoxide dismutase, glutathione peroxidase, and lipid peroxidation were noted in the goji group.

The study authors postulated that extending goji consumption beyond the 30 days of the study would have additional benefits but that hypothesis remains to be proven in future clinical trials. I don't like 'guessing' in scientific journals.

A second study looked at goji berries in what was described as 53 'free-living' subjects' (5).

These 'free-living' subjects had high blood lipids and were also overweight. For the purposes of the study, they consumed either placebo or 13.5 gm of goji berry daily for 8 weeks. Small but statistically significant improvements in oxidation and inflammation were noted.

There is no reliable clinical data to suggest that goji berries have anti-oxidant and anti-inflammatory effects.

Does it Improve Immune Function and Fight Cancer?

However, we have three clinical studies to guide us.

One of the problems with this study is the fact that the cancer patients had a wide range of cancers which makes it very difficult to recommend goji for any particular cancer type.

In the second study, the effect of goji berries on the immune system was studied in a randomized, double-blind controlled trial in 60 adults (8). Spoiler alert - this study was also carried out by our favorite Himalayan goji juice MLM. The authors highlighted the fact they studied goji berries as a single herb which makes the study quite unique.

Traditional Chinese Medicine often involves a combination of herbs and botanicals. The goji was given at a dose of 120mls of juice which was equivalent to 150 grams of fresh fruit for 30 days. Statistically significant increases in lymphocytes, IL-2, and immunoglobulin G but no differences in CD4, CD8, natural killer cells, IL-4 or IgA were noted. If you are reading this and feeling confused, don't worry, you are in good company.

I have previously shared similar results with a friend who has a Ph.D. in immunology. He shrugged his shoulders and said he had no idea what a mixed bag of changes like this would mean clinically. On the plus side, we have some qualitative data to go on.

Study subjects taking goji berries reported significant increases in wellbeing as compared to the placebo group which included metrics such as fatigue and flu.

The third study is an interesting study that looked at the effect of goji berries on vaccine immunity. Vaccine-induced immunity is known to decrease with age. This raises the question as to whether goji berries could help preserve the immune response to the influenza vaccine.

This was a randomized, double-blinded, placebo-controlled study in 150 healthy community-dwelling elderly Chinese adults (9). The study participants received the flu vaccination and either goji berries (13.7 gm per day) or placebo for three months.

The goji berry arm had a better immunological response to the flu vaccine but this did not reach the level of statistical significance and thus counts as a negative study.

There is too little information to decide if goji berries are helpful for immunity or cancer.

Does It Promote Healthy Skin? 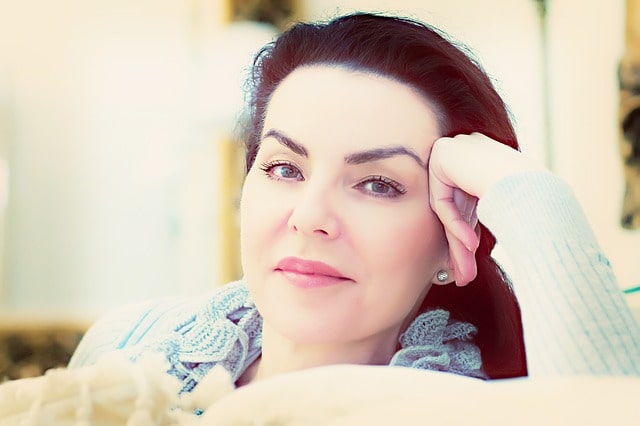 There is a single study that suggests that a goji containing cream can protect against photo-damage (10). The study as carried out by AHAVA - a leading manufacturer of skin products and as such can not be considered as an independent data source.

As an aside, I notice that the company chooses to publish their paper in a journal that has a 'paywall' and is not easily accessible. I would have thought that publication in a more accessible journal would have been better for marketing. Perhaps, the regular journals did not accept this piece of work?

There is no independent proof of any skin benefits for goji berries.

Does it Protect Eye Health?

Goji berries contain a high content of the antioxidant zeaxanthin, which is often used in (expensive) eye supplements.

A 2018 study from Taiwan looked at the effect of goji berry extract on human retinal cells in a laboratory model and found that the berries had anti-oxidant activity and also protected against UVB damage (13).

There is only one clinical trial to inform us here.

The authors of this study described it as a 'double-masked' study (14). I think I prefer 'double-masked' to the more usual term of 'double-blinded'. Maybe ophthalmologists have difficulty using the word 'blinded' in their study design! Back to science.

A group of 150 healthy elderly adults was given either goji supplement or placebo for 90 days. When they ‘unmasked’ the data, significant increases in blood levels of zeaxanthin were noted. The placebo group was noted to have deterioration in the appearance of their macula.

This surprised me as these were all healthy subjects at baseline. Do macular changes really happen that fast? The goji group had no new changes in their macula over the study period. The authors acknowledge that the mechanism of action of zeaxanthin and eye health is unknown but that this study supports the fact that it may just work.

Goji berries may help with eye health but the data is very limited at this time.

Does it Boost Fertility?

Old-aged rats (18 months old) with hypogonadism were given goji berries and were noted to have increases in testosterone levels and testicular androgen receptor numbers (15).

In a very odd study, male rats had their spermatic cords deliberately twisted to produce experimental torsion conditions (16). Administration of goji berries to these rats increased total anti-oxidant capacity but did not affect hemorrhage or testicular torsion.

There are no clinical studies to guide us here.

There is no credible proof that goji berries help with fertility.

Does It Help Stabilize Blood Sugar?

Of course, this does not mean that you can buy a bunch of goji berries and throw out your diabetic medications. An interesting fact from the small-print of the study is that the anti-diabetic effect was more noticeable in people not taking any diabetic medication.

This is the only clinical study on goji berries for diabetes.

There is one other metabolic study which I will include here but with the caveat that the study was carried out by our favorite MLM crew.

As an aside, the brand of goji juice used was called GoChi which is pretty smart marketing. As another aside, the authors of this study have a track record in studying goji and we have already used their data on immunity in an earlier section of this article.

From the available data, we can say that goji berries may have some benefits in terms of glucose control.

Does It Boost Your Energy and Mood?

Yet again, we have a study from our Himalayan MLM company. This time, they carried out a randomized, double-blind, placebo-controlled clinical trial comparing goji juice versus placebo over 14 days in 34 adults (20).

Significant improvements in ratings for energy level, athletic performance, quality of sleep, ease of awakening, ability to focus on activities, mental acuity, calmness, and feelings of health, contentment, and happiness were noted in the goji arm of the study. The conflict of interest in this study makes it difficult to take this study seriously.

There is no credible data linking goji berries with energy or mood.

Does It Detoxify the Liver?

There is just one study to look at here. This study showed that goji extract protected against carbon tetrachloride damage in carp (21).

There is no proof in humans that goji berries help with liver health.

Does It Help Weight Loss? 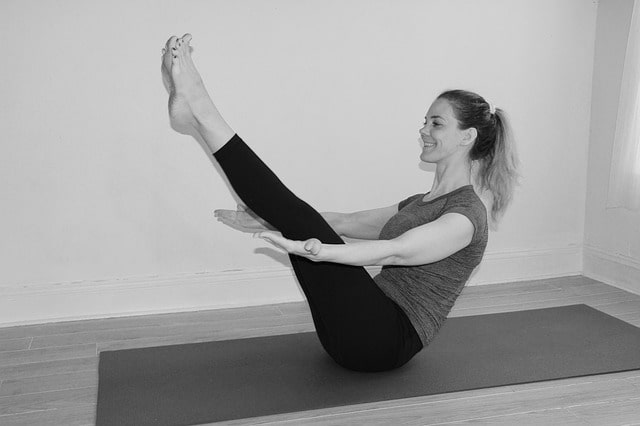 With great reluctance, I have to mention a study by our MLM goji activists (18). This was the paper that we discussed previously that describes a single-dose study of goji berries which resulted in an increase in metabolic rate. Additionally, a 14-day study resulted in decreases in waist circumference. Again, how can we take this science seriously?

There is no independent data showing that goji berries help with weight loss.

People who are allergic to tobacco nuts and peaches can be cross allergic to goji berries.

Gogi berries can also rarely cause hypersensitivity to sunlight.

Goji berries can interact with blood thinners and care should be taken in people on blood-thinning agents or aspirin. Goji berries should also be discontinued at least two weeks pre-operatively.

Similarly, goji berries can lower blood glucose and care should be taken in people taking pills or injections for diabetes.

Finally, goji berries can slow down the metabolism or breakdown of some medication and care should be taken in people on a wide range of medication including diazepam NSAIDs and some anti-epileptics. This list is far from exhaustive so it would be smart to check with your doctor or pharmacist.

Goji berries may well help with glucose control but not much more than that.

Yet again we have failed to find that single miracle superfood. Maybe it exists but goji is not the one.

How do we deal with industry-sponsored or conducted studies? I am not saying that people in the industry are untrustworthy. On the other hand, it has to be acknowledged that they are conflicted. Even if they are people of great integrity and are not financially motivated, they still have a biased relationship with the product that they are promoting.

Additionally, they have no incentive to publish negative studies. This is very different from academic researchers. We need to publish, publish, publish. We will publish positive, negative, neutral and even failed studies - all to boost our research ranking. It is very hard to give the same weight to industry-sponsored or conducted studies as compared to academic studies.

P.S I subsequently asked my friend Dr. Jing about the goji berries that she gave me. Turns out that they were just a gift without a hint of a subliminal health message. One of the problems with having a penchant for evidence-based healthy living and culinary medicine is the fact that it can be taken too far sometimes.