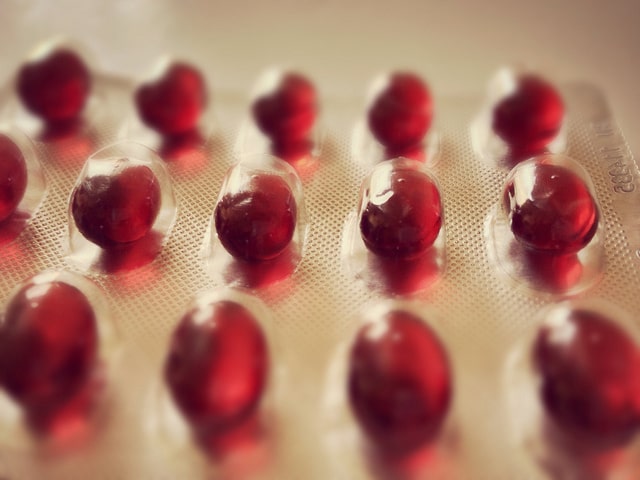 One of my friends who is obsessed with wacky life hacks has come up with yet another new idea. According to her, it is her best idea yet.

To give you some background, she loves running outdoors and lives in Australia. She is now taking astaxanthin to enhance her work out while simultaneously protecting her skin.

Yes, she is using oral astaxanthin as a sunscreen. She is a consummate serial entrepreneur. To date, some of her inventions have failed miserably while others have worked.

What does the scientific literature have to say about the chances of her latest life hack actually working?

Astaxanthin (3,3'-dihydroxy-β, β'-carotene-4,4'-dione) is a carotenoid which belongs to the terpene family. Carotenoids are a group of compounds that give plants, vegetables and flowers their distinctive colors.

Astaxanthin is found in krill, salmon, crayfish, shrimp, trout and some bird feathers and is responsible for the red color in commercially farmed salmon.

The United States Food and Drug Administration (USFDA) has approved the use of astaxanthin as a food colorant in animal and fish feed (1).

Astaxanthin is also available as an over the counter supplement as tablets, capsules, syrups, oils, soft gels, creams. Astaxanthin supplements are used as nutritional supplements, antioxidants and anticancer against and also to prevent diabetes, cardiovascular diseases, and neurodegenerative disorders (2).

It seems that there are plenty of people who are interested in astaxanthin apart from my Australian friend- there are 18 registered patents for astaxanthin. 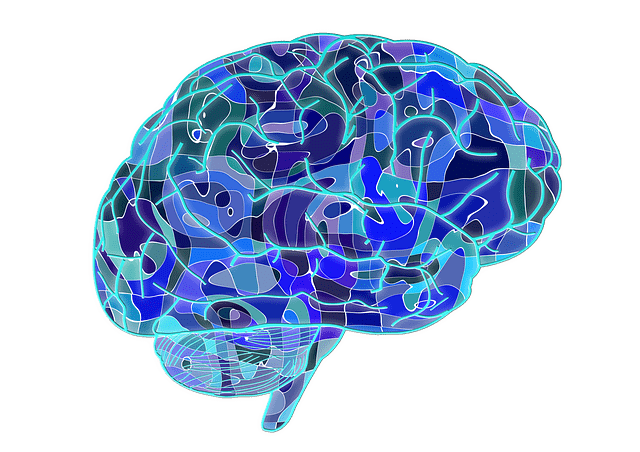 Astaxanthin treatment was shown to significantly improve the ability of diabetic mice to find their way around a maze (4). Super fancy neuroimmunology testing (inhibition of nuclear translocation of NF-κB and down-regulation of TNF-α) showed that astaxanthin could improve cognition by protecting neurones against inflammation injury.

In another study, astaxanthin was noted to stimulate brain cell regeneration and spatial memory in a mouse model (5).

The study found improvements in anti-oxidation status and improvements ina range of biomarkers which are relevant to ageing. Not exactly what we are looking for, but interesting all the same.

There are no clinical trials to answer the question of whether astaxanthin helps with brain health.

Does Astaxanthin Protect Your Heart?

There are two key clinical studies to consider here.

Firstly, an Australian study used a randomized, placebo-controlled, double-blind design in which 61 renal transplant patients received either 12 mg astaxanthin/day or a matched placebo orally for 1 year (8).

The rationale for the study was the fact that renal transplant recipients have earlier onset and higher rates of heart disease. A total of 58 patients completed the study, but no difference was noted in terms of arterial stiffness, oxidative stress, or inflammation in this study population.

The study showed that the lipid-lowering effects of the nutraceutical was comparable to pravastain. This is definitely interesting, but we cannot isolate the effect of astaxanthin from the effects of the other constituents in the combination.

There is no clear data on astaxanthin for heart health.

Does Astaxanthin Keeps Skin Glowing? Is it an Oral Sunscreen?

A study from Korea looked at the effects of using a combination of dietary astaxanthin and collagen hydrolysate supplementation on moderately photoaged skin in 44 healthy subjects over 12 weeks (10).

Dietary astaxanthin combined with collagen was shown to significantly improve elasticity and barrier integrity in photo-aged human facial skin. However, astaxanthin was not shown to affect UV-induced DNA damage.

A 16-week study in 65 women who were given either placebo, astaxanthin 6mg or astaxanthin 12 mg took place in Japan from August to December, when environmental factors such as UV and dryness may adversely affect the skin (11). The placebo group showed worsening wrinkles and dryness as compared to baseline while no significant deterioration was noted in the astaxanthin arms of the study.

Both the placebo arm and the 6mg astaxanthin arm of the study showed raised levels of interleukin-1a (an inflammatory marker) as compared to baseline. The Japanese team of investigators concluded that long term astaxanthin supplementation may help with age-related skin changes and environmental skin damage. This study was carried out in the private sector by the AstaReal corporation.

A 2018 study from the Fuji Film corporation studied the protective effect of astaxanthin against UV skin damage in 23 healthy Japanese participants who were recruited to a 10-week double-blind placebo-controlled study (12).

Statistically significant improvements in the ability of skin to tolerate irradiation without getting red or dry was noted in the astaxanthin arm of the study. However, no differences were noted for “skin clarity,” “youthfulness, visual impression,” “improvement of crow’s feet,” “improvement of skin dullness,” and “improvement of nasolabial folds.”

Interestingly, earlier studies from the Fuji Film group showed that a combination of  6 mg per day oral supplementation and 2 ml (78.9 μM solution) per day topical application of astaxanthin in 30 women and 36 men showed improvements in crow's feet wrinkle and elasticity; and transepidermal water loss (13).

The key difference between these studies and the 2018 studies were the use of combined oral plus topical treatments and the lack of irradiation.

There is insufficient independent data to recommend astaxanthin for skin care or as an oral sunscreen.

A study in an asthma guinea pig model compared the anti-inflammatory effects of gingko, astaxanthin, vitamin C and ibuprofen. I decided to discuss this study for a specific reason (14). Technically, the study shows that each of the investigative agents reduced inflammation in this guinea pig model.

Here is where science and medicine diverge. Scientifically, ibuprofen is a logical anti-inflammatory to try out in asthma. In real-world medicine, it could be a disastrous idea. Ibuprofen can cause severe allergy and bronchospasm in some people with asthma.

Japanese investigators carried out a study which is likely to be of interest to people who sing/present for a living (15). In this study, 10 male subjects underwent a 60-minute vocal stress session and underwent vocal assessments prior to, immediately after, and 30 minutes. All of the study participants were then prescribed astaxanthin (24mg/day) for 28 days and the vocal test was repeated.

On the negative side, this was not a randomized controlled trial. Prior to astaxanthin therapy, the 30-minute post vocal stress test showed worsening on the GRBAS scale (grade, roughness, breathiness, asthenia (weakness), and strain). No deterioration was noted 30 minutes after vocal stress in the study subjects when they received astaxanthin therapy.

The authors attributed the protective effect of astaxanthin to the regulation of oxidative stress although it is unclear how exactly they reached this particular conclusion.

In a Danish study, 44 consecutive patients with dyspepsia (I thought that Denmark was a happy, hygge place to live) were randomized to either astaxanthin (40mg) or placebo (16). No difference in gastric inflammation was noted between the groups.

There is no clinically useful data to support a role for astaxanthin as an anti-inflammatory.

Does Astaxanthin Enhance Your Workout? 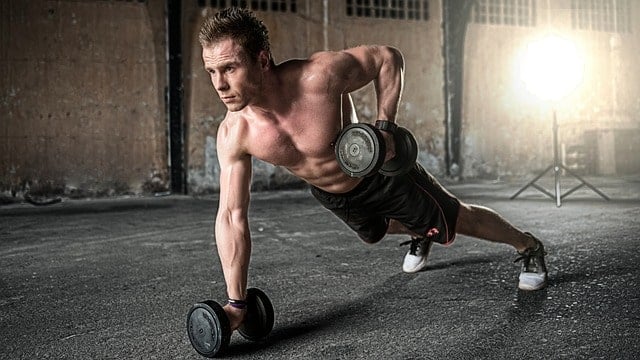 Serbian researchers studied the effects of astaxanthin in 32 male elite soccer players who were randomly assigned to either astaxanthin or placebo for 90 days. Supplementation with astaxanthin significantly reduced exercise-induced free radical production in young soccer players (17).

Investigators from Baton Rouge studied 28 days of astaxanthin versus placebo on cycling time trial performance in 21 competitive cyclists. No effects were noted on blood tests, carbohydrate or fat oxidation. Despite this, statistically significant improvements on the 20km cycling time were noted in the astaxanthin arm of the study (18).

Finally, a Dutch study in 32 trained male cyclists showed that 4 weeks of 20mg/day of astaxanthin did result in increases in blood astaxanthin levels but did not affect markers of inflammation ( C-reactive protein), exercise-induced skeletal muscle damage (creatine kinase) or cardiac stress (troponin levels) (19).

The available data on astaxanthin in exercise is inconclusive.

Belgian investigators published a relevant study in the Asian Journal of Andrology (20). This study used a double-blind, randomized trial design. The researchers enrolled 30 men and their female partners with infertility of no defined cause in the study. Study participants were randomized to either astaxanthin 16 mg/day or placebo for 3 months.

The total and per cycle pregnancy rates among the placebo cases (10.5 % and 3.6 %) were statistically significantly lower compared with the astaxanthin group (54.5 % and 23.1).

A small study in just 30 couples showed that astaxanthin was better than placebo at achieving pregnancy.

Italian investigators carried out a multicenter, prospective open-label randomized study of 45 patients to compare the effects of antioxidants plus minerals including lutein (10 mg) plus zeaxanthin (1 mg) plus astaxanthin (4 mg) supplementation to no intervention for 2 years (22). The study found statistically significant improvements in visual acuity in the supplementation arm of the study.

A study comparing astaxanthin at doses of  0 mg, 2 mg, 4 mg, or 12 mg in 49 healthy volunteers for 28 days found significant improvements in visual acuity and accommodation (switching from looking at far and near objects) in the 4mg and 12 mg arms of the study (23).

While the data on astaxanthin and eyes is neither longterm nor drawn from large numbers, there is certainly some evidence that astaxanthin may help with vision.

One of the big problems with modern medicine is that we have difficulty dealing with these types of issues. Our response to such complaints has been termed 'the medicalization of human despair'. A total of 24 healthy volunteers were given either astaxanthin or placebo for 4 weeks.

Californian investigators studied the safety of astaxanthin in 35 adults over an eight week trial period (25). The study participants were randomized to either astaxanthin or placebo. No clinically significant differences in blood pressure, blood count and blood chemistry were noted between the groups.

Another theoretically possible side effect is increased skin pigmentation (astaxanthin is the compound that gives flamingos, salmon, and shrimp their pink color).

Astaxanthin can bind to calcium and lowered blood levels of calcium (26).

Astaxanthin is generally not recommended for women who are pregnant or nursing.

I have to admit that I chuckled when I read the science behind astaxanthin. My dear friend is busy taking this supplement for her skin and exercise ability. These are unsubstantiated benefits of astaxanthin. If my dear friend thought that she could turn pink or even become pregnant, she would be apoplectic.

The funny thing about the health supplement industry is that the marketing can be so misleading. Oftentimes, the marketing will misrepresent science to suggest benefit and conveniently overlook risk.

I don't really think that my friend is at a higher risk of pregnancy but on face value, the available science suggests that she has a better chance of becoming pregnant and turning pink than turning into an Olympic athlete.