Cooking sherry is a handy ingredient to have in the kitchen. It is a fortified wine with distilled spirits added to boost the alcohol content and enhance its shelf life. The sweetness of this wine is useful for deglazing a pan, enhancing sauces, adding depth to casseroles and flavoring desserts like Christmas pudding and mince pies.

If you don’t want to buy a bottle of sherry for one recipe, or you don’t enjoy its taste, then you’re going to need an alternative. This article provides a list of suitable cooking sherry substitutes so that you can finish recipes without it. Not every option provided below is ideal for any situation so keep reading to decide which is best for your dish.

Dry vermouth is flavored with botanicals and has a slightly bitter and sweet taste. It is a versatile cooking ingredient that raises poultry, stews, and lobster bisque to another level. Sweet vermouth contains a lot more sugar so avoid this option as it will put your meal out of balance.

Check out our article on substitutes for Vermouth for some more options.

A crisp dry white wine such as Sémillon, Sauvignon Blanc, or Pinot Grigio should be a pantry staple. They're delicious added to a risotto or paella, slow-cooked with chicken, or used as a building block to make a flavorsome sauce. As it cooks, the flavor concentrates, adding a sweet acidic boost to any dish.

Apple cider is an excellent sherry substitute in soups, stews, marinades, and sauces. However, it doesn’t tend to work so well in desserts. You can use apple cider in equal quantities as sherry although we recommend adding a little less and then taste testing before adding more. 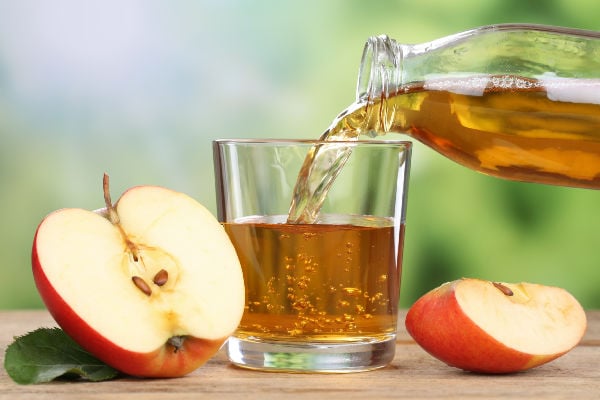 Apple cider vinegar can also be used as a backup, but only add half the amount that the recipe calls for. Add water to make up the remainder of the liquid.

Marsala is an Italian fermented wine that has a nutty, brown sugar feel to it with hints of dried fruit. It makes an excellent substitute for sherry in sauces and desserts such as tiramisu, trifle, and panettone. If you want to impress your family and friends, use marsala that has at least 18% alcohol by volume to create a flambé. Cover the food with marsala and light it on fire. The flames only last a few seconds but it's fun to watch.

Tip: Other similar options to marsala that you can use are Madeira, port, or dry red wine.

If you’re on a low-sodium diet then cutting the cooking sherry out of your diet is a good idea as it is high in salt. Instead, use a dry drinking sherry as a substitution to add an extra dimension to slow-cooked meals, deglazing, and soups. Whatever sherry you don’t use will need to be consumed within 2-3 weeks or its flavor will spoil.

Did you know? There is 190mg of sodium in two tablespoons of drinking sherry.

Vinegar is a suitable replacement option in marinades, but it will need some supporting ingredients for it to work. To replace one cup of sherry, use a half cup of vinegar, a half cup of water, and two tablespoons of sugar. The flavor won’t be a perfect match, but it will do a good job of letting you make a tasty marinade. 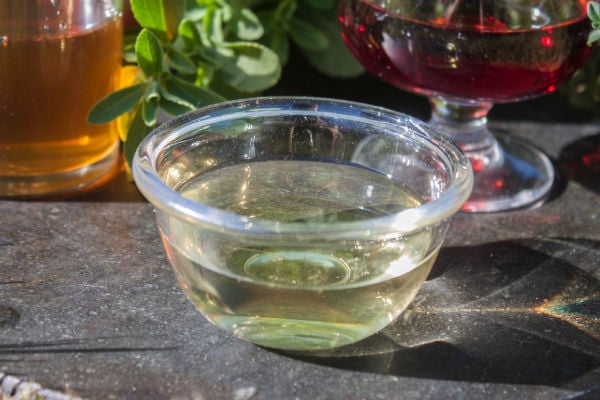 Vinegar is an excellent choice for marinades.

Brandy is commonly distilled from wine and has a sweet flavor that varies depending on the fruit used. It has a higher alcohol content than sherry so it is essential to cook it sufficiently to remove the alcohol flavor and concentrate the remaining flavors. The added alcohol makes it a great option for flambéing.

Fruit juice is a good replacement option for cooking sherry if you’re making a dessert and want a non-alcohol dish. Fruit filled baked goods are delicious with juice added. Orange juice is especially useful, and it is recommended for making Christmas mince pies on Jamie Oliver’s site. Other possibilities are peach or pineapple juice. For maximum flavor, try to use freshly squeezed juice if it is available rather than the store-bought version.

Vanilla is another excellent alcohol-free ingredient to replace sherry. This is best used in sweet desserts and you’ll use one teaspoon to replace a tablespoon of sherry. If necessary, add a little extra water to make up for the reduced liquid.

Chinese cooking wine has a spicy, vinegary, almost caramel-like flavor that can be used in place of cooking sherry. While it has a unique taste that doesn’t mimic sherry, once cooked into stir-fries, casseroles or sauces the difference diminishes. 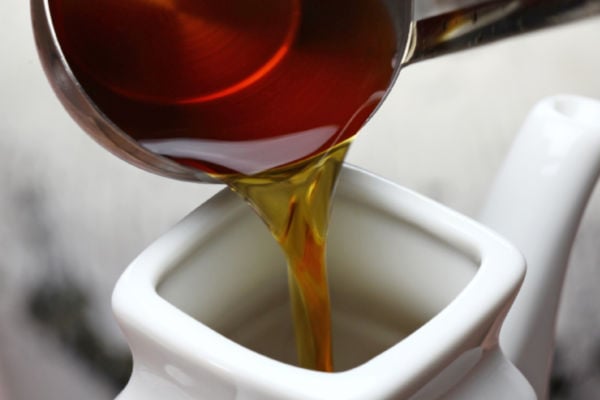 Use Shaoxing in your next casserole or stirfry.

Other good Asian-inspired flavors you can use include sake, which is amazing for tenderizing meat. You could also use mirin or rice wine vinegar.

Related reading:
Need to replace kirsch in a recipe – we offer 7 good options.
Find out what the best replacement for cooking wine is.
Need an orange juice substitute? We’ve got 10 great solutions.
What are the best agave nectar substitutes?

If you need to replace cooking sherry in a recipe then dry vermouth, dry white wine, or apple cider are all good options. It’s worth noting that in some recipes you may simply want to leave the sherry out altogether. Where only a splash is required it won’t make or break the recipe if you leave it out.