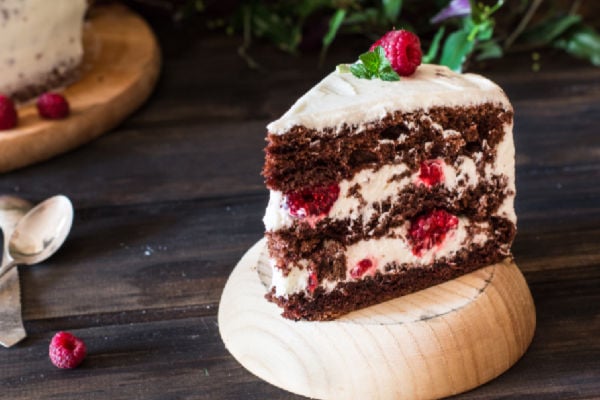 Recipes often call for the use of kirsch in trifle, Black Forest gateau, clafoutis, fondue and even the occasional sneaky cocktail. But what if you don’t enjoy the taste of alcohol, or you refuse to buy an expensive bottle of exotic sounding liquor? You’ll only use a splash or two at most in the recipe! We’ve compiled a list of the best kirsch substitutes that will allow you to use common ingredients found in your kitchen or at the local store. In most cases, your guests won't even know the kirsch has been swapped out for an alternative!

What is kirsch used for in cooking?

Kirsch is a clear fruit liqueur that tastes of cherry and almond with a mildly bitter undertone; the aroma of cherries is easy to detect. It stands apart from other brandies and cherry liqueurs as it doesn’t have a sweet, syrup-like flavor.

The addition of kirsch is usually about adding a pleasant cherry and almond flavor as well as that taste of alcohol which some love, others loath. It plays a different role in cheese fondue by not just adding flavor, but also improving the consistency of the cheese.

Kirsch is a key component in Black Forest Gateau.

Have you considered a pastry liqueur?

Before we look at the alternatives, you may be interested in a kirsch pastry liqueur? This is a cost-effective option which you can add to any recipe that calls for kirsch.

Pastry liqueur still has the alcohol content but it isn't a drinkable product as half the bottle contains a food safe gel. If you've got teenage kids who keep sneaking a shot of your expensive kirsch, this will put a stop to it! It's not for drinking, just for cooking with.

You can buy Natural Kirsch Essence from Amazon so be sure to check it out!

This is an excellent alternative if you need the cherry taste in desserts or cakes like kugelhoph but don’t want the alcohol. Choose an option with as little sugar as possible as this can throw out your recipe ratios. Regardless of what cherry juice you choose, you’ll want to reduce the sugar in the recipe to allow for the added sweetness.

Other juice varieties such as cherry, apple, black currant, pomegranate and raspberry could also be used at a pinch. Keep in mind that this option means there’s no alcohol AND you’re moving away from the cherry flavor profile. Using one of these alternative juices would be a good option if cherry isn’t to your liking. Citrus juice is not advisable as a substitute for kirsch. 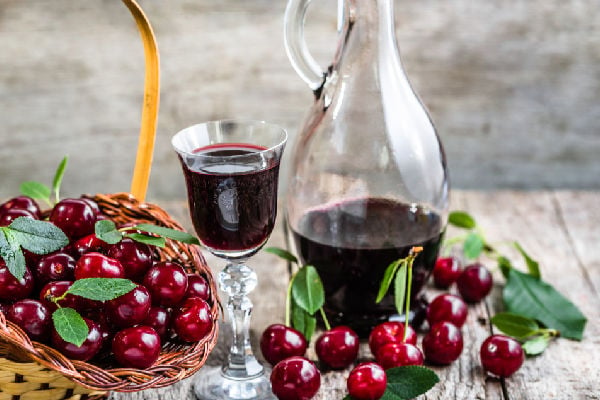 Combining cherries with vodka is a good backup option.

Add vodka and dried or frozen cherries to an immersion blender then process until smooth. This is a much cheaper option than buying a bottle of kirsch. If you don’t drink a lot of vodka then purchase a miniature bottle; this should be about the right amount for most recipes.

Using vodka and cherries as a backup option is suitable for most baking applications. It can also be used for making cheese fondue. Kirsch is used for flavor and its alcohol content improves the final texture as it smooths out the cheese. Vodka and cherries will produce a similar end result.

Fruit brandy is a suitable alternative when making desserts such as trifle or a fruit tart. Work with a brandy flavor that you enjoy such as blueberry or apple. You won’t mimic the flavor of kirsch but the final dessert will still taste delicious.

Let’s start by stating that white wine is not suitable for baking and desserts. It is, however, a good choice as a substitute for kirsch in fondue. The cheese will overpower much of the wine flavor; the alcohol will assist with texture. 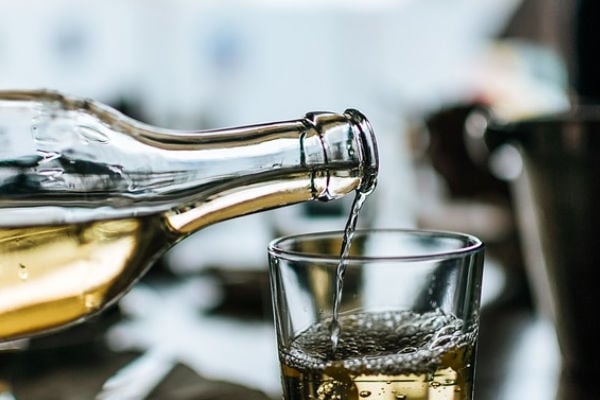 White wine can be used in fondue.

This liqueur is produced in France and isn’t cheap. But if you do happen to have some in the liquor cabinet then it’s a good replacement option for kirsch. Made from the Mirabelle plum, it’s sweeter than kirsch; however, it still works a treat in trifles, cherries jubilee and Black Forest gateau. If you’re into mixology, liqueur de Mirabelle works well in Rose cocktails.

Having difficulty getting your hands on Liqueur de Mirabelle? Use Grappa which is available in most liquor stores and is especially useful for making cheese fondue.

Kriek lambic is a Belgian beer made by fermenting lambic with sour cherries. This is another option that can be used as a replacement in cheese fondue. 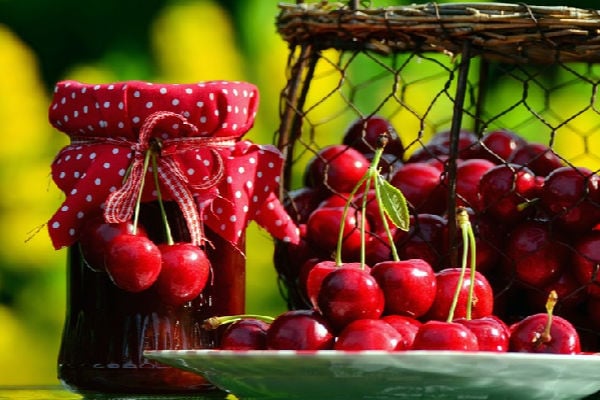 Cherry conserve is a good option when baking.

Cherry preserve is a tasty option for baking and any desserts where you don’t want alcohol in the dish. If necessary, add a little boiling water to create a consistency that’s closer to kirsch.

Related reading:
What are the best cooking sherry substitutes?
The 7 best apple brandy substitutes.
What is a suitable Tuaca substitute?

Kirsch, known as kirschwasser in German, is a cherry liqueur that has a unique bitter, almond flavor. There are plenty of reasons you may not want (or be able) to use it in your next recipe. Unlike some herbs and other ingredients that are quite hard to replace, finding a suitable kirsch substitute is quite easy. In some cases, I actually prefer the backup option more! Take, for example, Black Forest gateau; some will find that kirsch overpowers the dessert – in this case a simple cherry preserve offers delicious taste without the alcohol flavor.

Don't be afraid to experiment with different ingredients. Part of the fun with cooking is discovering a new flavor that works better that the original.

Cuisinevault.com is a participant in the Amazon Services LLC Associates Program, an affiliate advertising program designed to provide a means for sites to earn advertising fees by advertising and linking to amazon.com.