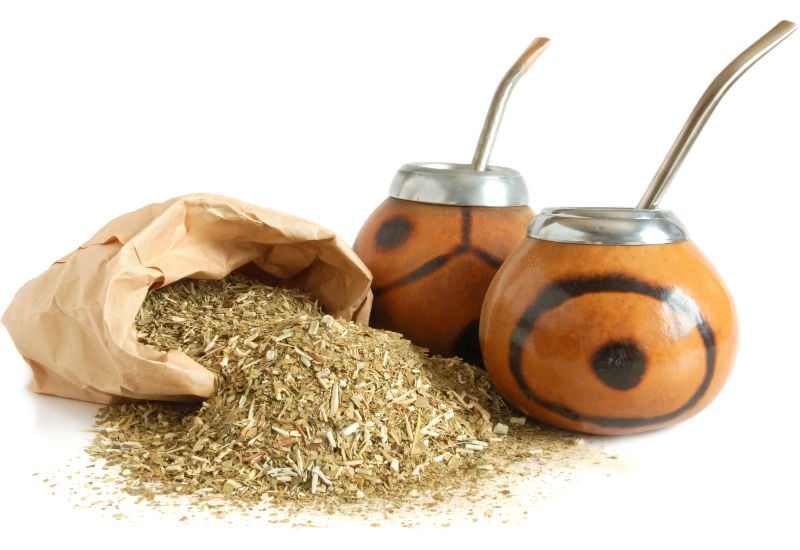 South Americans cherish Yerba Mate for its flavor and health benefits. So much so, that it is now the national beverage of Argentina, Brazil, Paraguay, and Uruguay. If you’re tired of the usual tea or coffee and want a natural “pick me up” then you may want to try yerba mate. Like guarana, which also comes from South America, it is now available in the United States and is readily available online. So, what does yerba mate taste like? We’re about to take a close look at its flavor, how to drink it, and much more.

Describing the taste of yerba mate

Yerba mate has a powerful earthy flavor with a mildly bitter and grassy undertone. It also gives off a eucalyptus fragrance which some can find unsettling at first. It is described as an acquired taste by many long-time drinkers. Its initial flavor will often shock first-timers who are expecting something similar to green tea. But, once the palate becomes familiar with yerba mate, they often grow to love it.

Yerba mate tastes extremely bitter if it is prepared with boiling water, so it is essential to use hot water, off the boil. Also, making a brew in the traditional gourd and drinking with a straw will increase its strength. 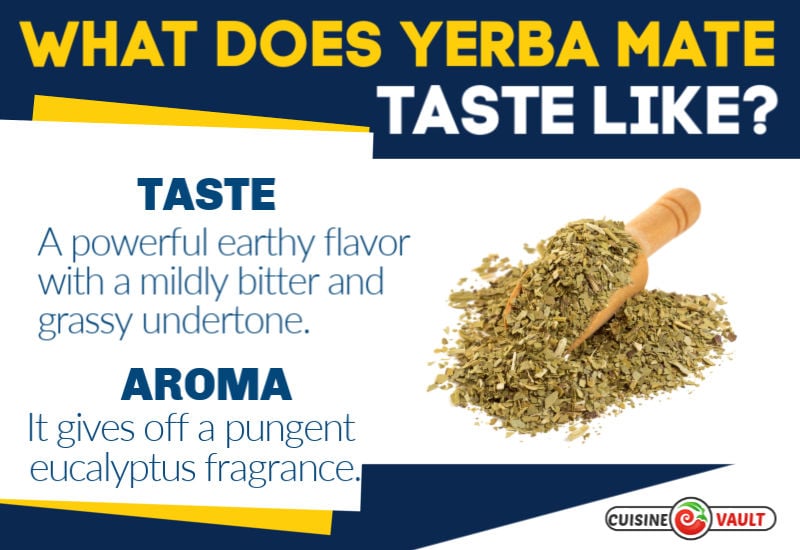 If you buy yerba mate from a store, the flavor will vary depending on the brand, and whether additional ingredients have been added. Also, products made from pure leaf will have less “woody” taste than those that include sticks and other parts of the Ilex paraguariensis plant

Chá mate is a variation of Yerba mate; it is noticeably milder and is often served in cafes sweetened. It is popular with those living in the southern region of South America.

Articles you may enjoy:
What does sake taste of?
What do fried scorpions taste like?

Yerba mate can be served hot or cold and is also delicious when combined with milk or a squeeze of lemon juice. The people of South America prepare the tea in a cuia, which is a gourd. First, the leaves are layered into the drinking vessel so that around one third is full. Next, off-the-boil hot water is poured in, then left to steep for a minute or two. Finally, a metal straw (bombilla) is added, which enhances the flavor of the drink. This method is an excellent way to drink mate.

If you don’t have access to a gourd, instead prepare the leaves like an everyday green tea, by using a tea strainer.

Yerba mate should be stored in a cool, dry place in its original packaging or an airtight container. Stored properly, it should last at least one year, but it can last considerably longer if you’re not in a humid climate.

Quick tip:
Yerba mate leaves can be reused until they begin to lose their fragrance. This reduces the price per cup considerably! 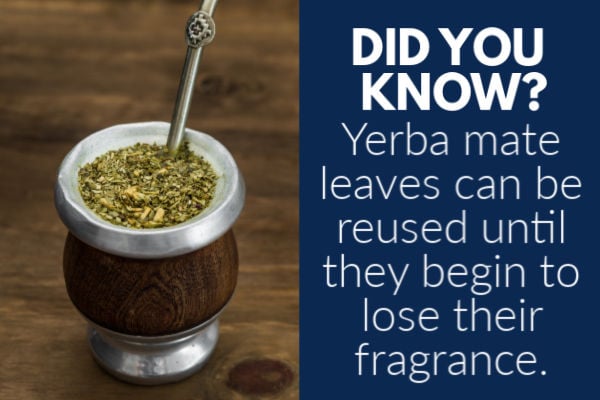 Reusing the leaves makes it great value for money.

Yerba mate tea contains 85mg of caffeine in one 8-oz cup of brew. This is a lot higher than green tea but a little lower than most types of black coffee.

Amount of caffeine in one 8-oz cup 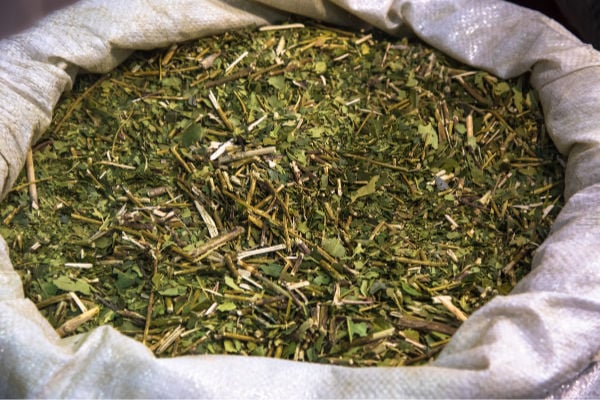 The stems provide a woodier flavor.

Is yerba mate good for you?

Yerba mate has various health benefits and is consumed as a stimulant, improving energy levels and mental focus. Many drink it for its saponins which offer anti-inflammatory properties. Yerba mate is believed to boost the immune system, fight off common infections, and assist sports performance.

Consumed in moderation, yerba mate is unlikely to cause any health issues. However, when consumed in high quantities, some studies have shown an increased risk of high blood pressure, headaches, and also cancer. Source.

How do you improve the taste of yerba mate?

If you find the flavor of mate too astringent then adding some acidity from a squeeze of orange, lemon or lime will help. Others love to add a sweetener such as sugar to provide some balance. 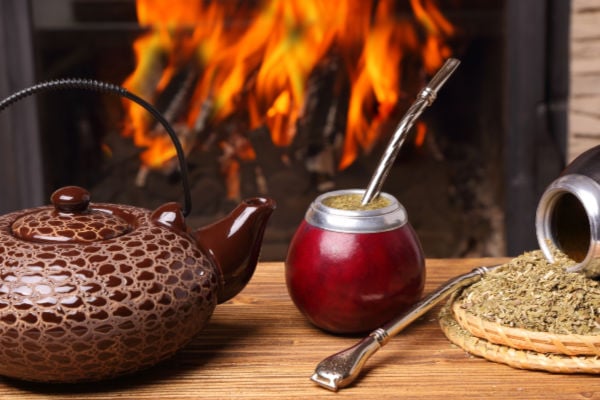 The perfect drink for a cold winter's night.

Further reading:
What do fresh cucmelon taste like?
What does a fresh physalis taste of?

Yerba mate has an astringent quality thanks to the tannin content found in the leaves. It is this flavor, combined with a strong herbal, earthy taste that can be off-putting when sipped for the first time. It certainly tastes different from many drinks sold in cafes through the U.S.

Long-time drinkers of this beverage will encourage the taster to persevere even if it seems unpleasant. As it becomes more familiar, the taste of yerba mate will become much more enjoyable.

As yerba mate has a little less caffeine than a cup of coffee, there may be a temptation to drink them more frequently. However, it is best to limit consumption as there can be some unpleasant side-effects if you drink too much. That’s especially important if you’re looking to buy the less traditional drinks that have become popular in the U.S. Products like guayaki energy drinks may taste great to some, but they will also increase your sugar intake so go easy on them.

Have you tried yerba mate before? What did you think of it? Let us know in the comments below.