If you're still not sure what to have for dinner tonight, choosing your protein is one of the best places to start. Steak and chicken are two of the most popular options and can make a simple and flavorful meal in as little as half an hour. However, if you're having trouble choosing between steak and chicken, it can be difficult to get started. 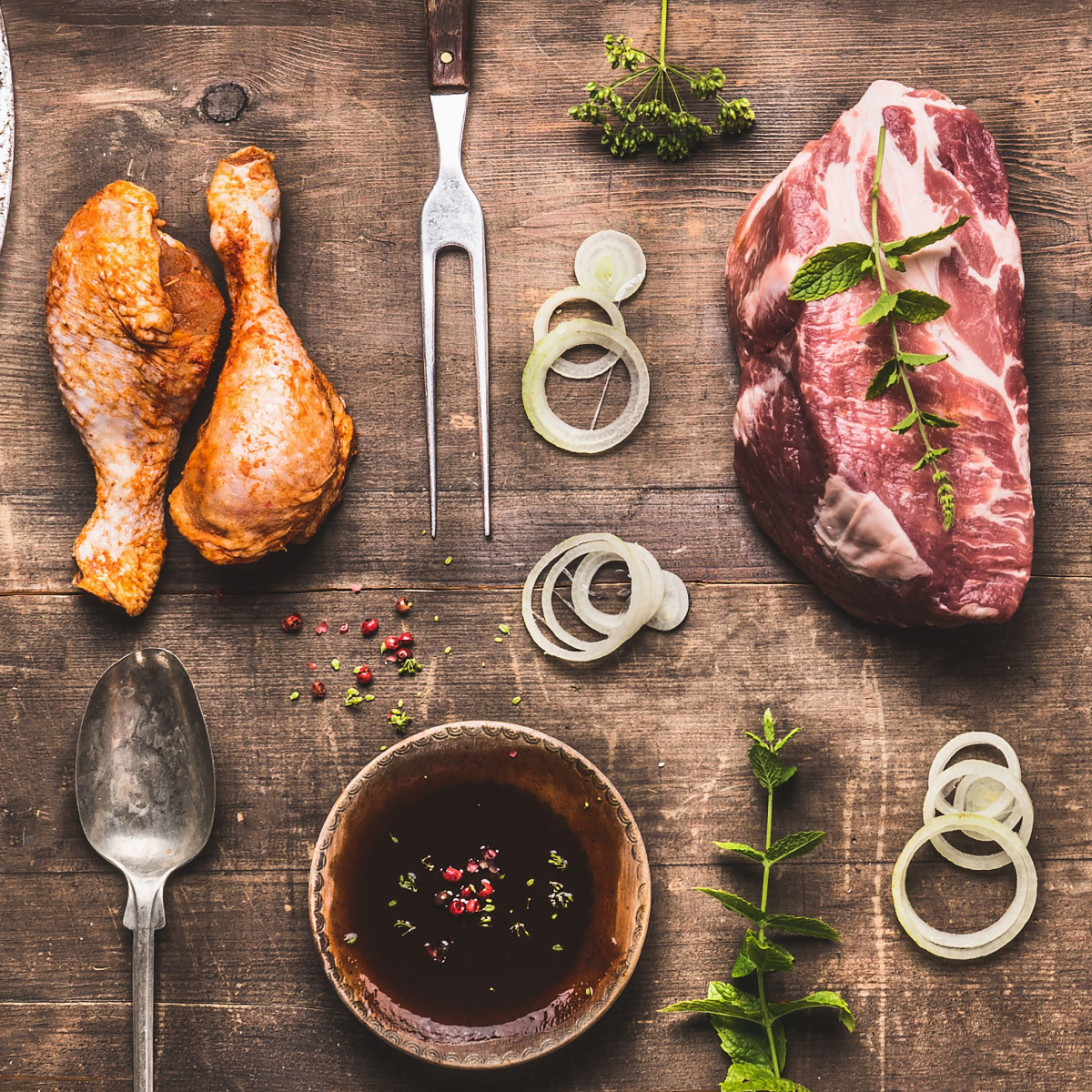 The flavor difference between steak and chicken is crucial. While beef is rich and full-flavored, chicken is comparatively lighter and leaner. However, they are each highly versatile meats that can be used in a variety of different dishes.

If you're still having trouble choosing between steak and chicken, see which of the factors below is most important to you.

Both steak and chicken offer a rich, meaty flavor, though they're far from interchangeable. See exactly how each of them differs here.

Steak has an earthier, fattier, and almost nutty flavor, which comes from its higher fat content when compared to chicken. Different cuts of steak all have slightly different flavors, but generally, those with the best fat marbling are the richest.

Chicken is leaner by comparison and has an overall lighter flavor than steak. The breast has less fat and is milder, while the thigh has a more robust poultry taste.

One of the biggest factors in a cut of meat's tenderness is how it's prepared. With both steak and chicken, an overcooked cut will tend to be dry and tough. However, steak is a bit more temperamental in this regard and is much less reliant on preparation to get a nice, tender bite.

Chicken thighs are some of the most reliably tender pieces of meat you can get at the grocery store. Since they have a high fat content, the meat self-bastes while cooking.

Since steak has a heavier flavor, it is a better match for more robust sides. Cruciferous vegetables like broccoli and Brussels sprouts are a natural match for a steak. It also goes well with the bold flavor of blue cheese, which is a common accompaniment to many steaks.

Chicken, on the other hand, is better paired with lighter, fruitier flavors like citrus and herbs. Lemon, lime, thyme, and basil are all good options worth considering. Chicken is also commonly paired with light cream sauces, where its subtle flavors can come through.

If you're considering wine pairings, steak generally pairs better with red wines, while chicken is a better match for white wine.

Both of these meats are chock full of protein, which makes them a good centerpiece for any meal. However, they also have many nutritional differences to take into account. Learn more about them here.

The fat content of steak or chicken depends a lot on the specific cut of your choosing. The leanest of them all is chicken breast, which has only 3.6 grams of fat per 100-gram serving. A chicken thigh, by contrast, has more than double that at 8 grams of fat per serving.

Both steak and chicken are high in zinc, iron, and phosphorus; however, steak has a higher quantity of all three. In fact, steak is generally more nutritious than chicken overall, which can make it a good option when you're overcoming an illness.

Is chicken high in iron? Find out here.

When choosing between steak and chicken, preparation is one of the most important factors. If you're not very experienced in the kitchen, you may want to stick with chicken, as it's more versatile and easy to work with.

Both of these meats are actually highly versatile, as evidenced by the fact that they show up in sandwiches, tacos, pasta, and a range of other dishes. Overall, chicken is probably seen in a greater variety of dishes because it has a more mild flavor.

While the ease of cooking either type of meat depends largely on the part of the animal you're using, most people would agree that chicken is easier to work with. While breasts can sometimes dry out, chicken thighs are moist enough that even novice cooks can sear them perfectly without much hassle.

Beef, by contrast, has dozens of different cuts, which each require different preparation. If you try to cook a New York Strip like a Ribeye, you'll end up with a dry and overdone piece of meat.

Keeping the above in mind, there is one advantage steak has over chicken in terms of preparation: it can be eaten rare. While raw steak can carry some health risks, rare or medium-rare beef is delicious and perfectly safe. Chicken, on the other hand, can make you seriously ill if it's underdone.

Cows are larger animals and cost substantially more to raise than chickens. This cost is passed on to the consumer, which is why beef is usually more expensive than chicken. Though unlike chicken, beef has a range of different cuts, each with its own average price.

Take a look at the average prices of some of the most common cuts of beef compared to the cost of chicken below:

What meat is the best for building muscle?

When building muscle, it's better to stick to lean meats. Between chicken and steak, you'll probably want to stick with chicken, especially chicken breast, which offers a high dose of protein with relatively little fat.

Is it unhealthy to eat too much steak?

Whether or not steak is a healthy choice for you depends on your individual nutritional needs. If you're looking to lose weight and improve heart health, steak is probably not the best choice as it is high in fat. However, if you are looking to boost nutrients in your system, especially iron and zinc, a cut of steak can be just what you need.

Can I substitute chicken for beef?

In the right situation, chicken can make an okay substitute for beef. If you're making fajitas, they can go just as well with peppers and cheese as with any other meat. However, keep in mind that in most dishes, chicken's lighter flavor will make a big difference in the overall taste of your dish. The two types of meat also require different types of preparation.

Generally, if you're looking for a closer alternative to beef, pork is a better option.