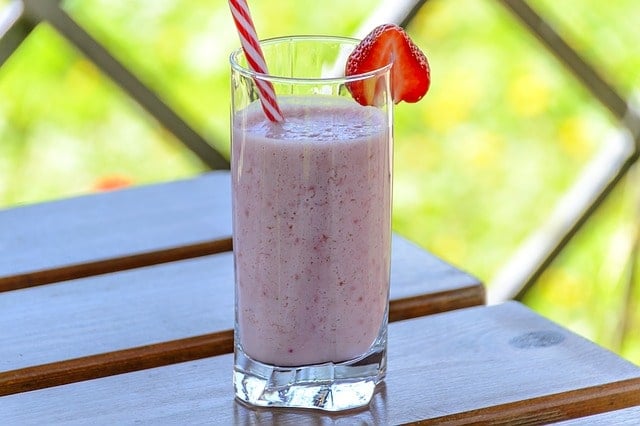 Despite the long track history of kefir, the Pakistani authors of the 2011 review concluded that "kefir begins a new dawn of food for the mankind" (1). Don't you just love it? After centuries of use, kefir is discovered.

This makes kefir just perfect for a #HBS review. We just love either debunking sensationalism such as this or validating it - that all depends on what the science actually says.

Kefir is a fermented milk drink that originated in the Caucasus Mountains (a mountain system in West Asia between the Black Sea and the Caspian Sea). It is produced by fermenting milk with kefir grains. Traditionally, kefir is made from cow, ewe, goat, or buffalo milk and nowadays soy milk is also used (2).

Kefir grains act like a yogurt starter kit. These grains are white to yellow in color, gelatinous in consistency, and vary in size (varying from 0.3–3.5 cm in diameter).

The specific content of kefir varies from country to country.

The typical composition of 100ml of kefir is:

Levels of the other cytokines (IL-1 and TGF-β) did not change significantly with kefir usage. Enough. Before I go crazy, what does all this mean? The authors say that these effects on the immune system might help control allergic response and lead to a more efficient immune response in the intestinal lumen.

Basically, we have no idea what any of this means in mice and certainly cannot extrapolate any of these findings or assumptions to humans.

And, just in case that was not clear enough, try this one.  A 2009 study from China showed that extracts of kefir stimulated white cell killing and antibody production in mice (6).

I don't think that anyone could assimilate all of that very confusing basic laboratory data and come up with any guess as to what that might/might not mean for humans like us. 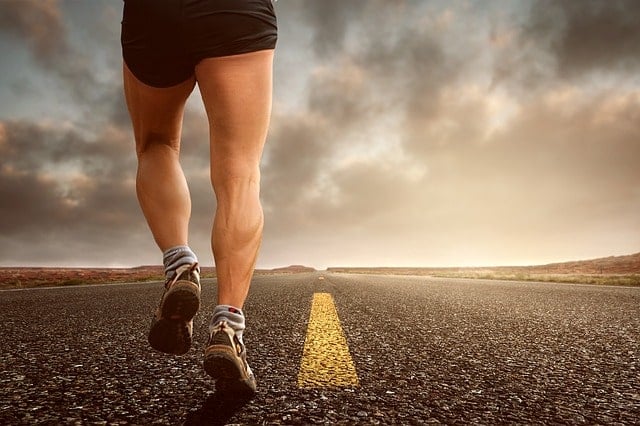 The study also showed that kefir-fermented milk, when supplemented daily with calcium had no additional beneficial effect on calcium absorption and bone turnover above that of the fermented milk itself.

Kefir milk was shown to have beneficial effects on bone mineral density in one small study in patients with osteoporosis.

Iranian academics published a meta-analysis of kefir in cancer in 2015 (8).

They initially identified 2208 papers but only 11 publications including 7 in-vitro and 4 experimental studies were eligible for inclusion in the analysis (breast x 2, colorectal x 2, stomach, melanoma, muscle x 3, leukemia x 2).

All studies had different designs but all showed statistically significant anti-cancer effects. In general, meta-analysis is great and is usually really informative as they amalgamate data from lots of studies. However, this meta-analysis is not that helpful. Reason being that the meta-analysis combines data on different types of cancer.

That does not help us make any decision on the role of kefir on any particular type of cancer. Essentially, meta-analysis are only helpful if they compare similar things like breast cancers and not all cancers.

Turkish investigators looked at the effect of kefir on quality of life of 40 patients with colorectal cancer (9). This was a randomized, controlled, prospective, interventional study which took place at a specialist oncology center.

All patients were receiving chemotherapy for their cancer. The study showed that the kefir arm of the study had more chemotherapy-related gastrointestinal complaints.

While the kefir arm of the study had a significant decrease in sleep disturbance, no difference was found between the two groups for quality of life. This study is interesting and helpful but it has to be pointed out that this study looked at quality of life and not anti-cancer effects per se.

One of the downsides of chemotherapy is the fact that sometimes the chemotherapy kills cells other than the cancer cells. When the chemotherapy causes inflammation and ulceration of the mouth and gut lining, it is called mucositis. Turkish investigators enrolled 40 patients on chemotherapy for colorectal cancer in a randomized prospective study (10).

Patients received either kefir or saline. Mucositis developed in 27.3% of the courses of chemotherapy given with kefir and in 21.7% of the courses given with saline oral rinses. The investigators also measured pro-inflammatory cytokine levels and found no statistically significant difference between the two groups.

I think that most people would agree that 'fighting cancer' means killing actual cancer cells in real humans as opposed to helping with cancer symptoms.

There is no proof that kefir fights cancer.

Researchers from Ohio state university studied whether kefir improves lactose digestion and tolerance in adults with lactose maldigestion in 15 subjects. (11).

There is evidence from a very small study that kefir can improve lactose tolerance in people with kefir maldigestion. 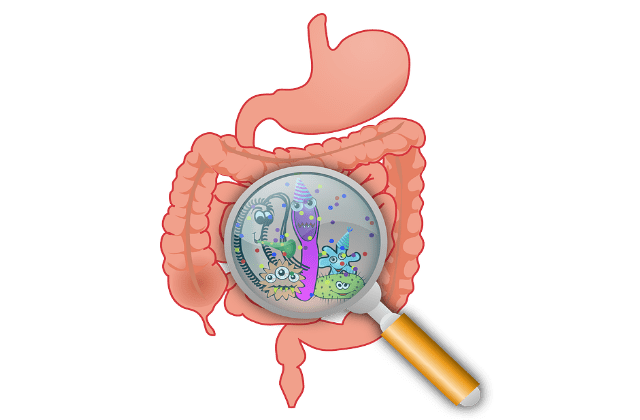 Kefir is generally classed as a probiotic (12). Probiotics are live microorganisms that offer health benefits to humans.

There is a range of studies relating to kefir and digestive health - but none are showstoppers.

The authors concluded that 'this pilot study shows that kefir has positive effects on the symptoms of constipation. Our results also suggest that kefir improves bowel satisfaction scores and accelerates colonic transit. Controlled trials are warranted to confirm these findings'.

Physicians from the Central Clinical Hospital, Moscow compared the effect of a blend of lactobacillus acidophilus plus kefir versus nothing in 120 patients who were receiving antibiotics for obstructive airways disease and pneumonia. (14).

This study from 1999 showed that the combination of lactobacillus and kefir reduced what is known as dysbiosis (unfavorable changes in the gut bacteria).

Interesting results but not exactly proof that this had health benefits downstream.

Finally, Georgetown University family physicians randomized 125 children under the age of 5 to either kefir or placebo to see if kefir can prevent diarrhea during the 14-day follow-up period in children receiving antibiotics (15). The answer was no. The diarrhea rate was 18% in the kefir arm versus 21% in the placebo arm which was not a significant difference.

Investigators in Taiwan studied the possible anti-asthmatic effects of heat-inactivated Lactobacillus kefiranofaciens M1 from kefir in an animal asthma model (16). The study found reduced airway hypersensitivity and reduced release of inflammatory cells in mice that were given heat-inactivated Lactobacillus kefiranofaciens M1 as opposed to control mice.

Similar results were found in a suite of studies from Korea. Korean investigators showed that kefir reduced airway hyperresponsiveness and inflammatory cell counts in both blood and lung fluid in a mouse asthma model (17).

This does not prove that kefir is an effective strategy for managing asthma in humans but does give us grounds to do further studies in this area.

A follow-on study from the same group in Korea found that the kefiran component of kefir reduced airway hyperresponsiveness and inflammatory cell release in the same asthma mouse model as used in the last study (18).

Finally, a study in a laboratory animal model from Taiwan showed that kefir reduced the cellular and immunologicla responses to allergy (19).

There is no human data to go on to decide if kefir can help allergies.

Brazilian and Cuban investigators compared the safety of water versus normal dose kefir versus five times the normal dose of kefir in 18 wistar rats in what is known as a "subchronic toxicity" study (20). They found that all doses of kefir supplementation were safe based on growth, hematology and blood chemistry and tissue histology results.

As a side note, the normal dose of kefir (but not high dose kefir) significantly reduced cholesterol levels and improved the intestinal mucosa of the rats.

A study in 72 Sprague-Dawley rats over 28 weeks looked at the safety of different doses of Lactobacillus kefiranofaciens M1 which was isolated from kefir (21).

The authors comment on body tissue samples taken  "on study termination" - I am getting the feeling that the study was not the only thing "terminated." The study found that the Lactobacillus kefiranofaciens M1 was safe and did not affect blood work or tissue samples.

One of the key criticisms of kefir is the high sugar content.

Researchers from Iowa set out to determine glycemic, insulinemic, and satiety indices of 3 types of kefir in 10 adult volunteers (22). This 3 phase study looked at:

The study found that both plain and flavored kefir released less glucose than that released from a glucose solution. The insulinemic index and the satiety index was similar for kefir and white bread.

I lived and worked in East Africa for ten years. I really wish that #HBS existed back then as it would have made my consumer choices much easier (although it probably would not have mattered to me as the internet was so slow).

Back in those days, we had a single criterion for deciding how valuable an item was.

We would ask "Is it worth bringing back from Nairobi?"

Essentially we would make trips to Nairobi, Kenya for business or health-care and while there would stock up on goodies. We only used hand-luggage as the local airline carrier had a terrible reputation for theft from suitcases (even locked ones).

Kefir is interesting. On balance, to go back to my days in Africa, I would have to say that there is not enough hard data on kefir to meet the cut-off for "being worth bringing back from Nairobi."