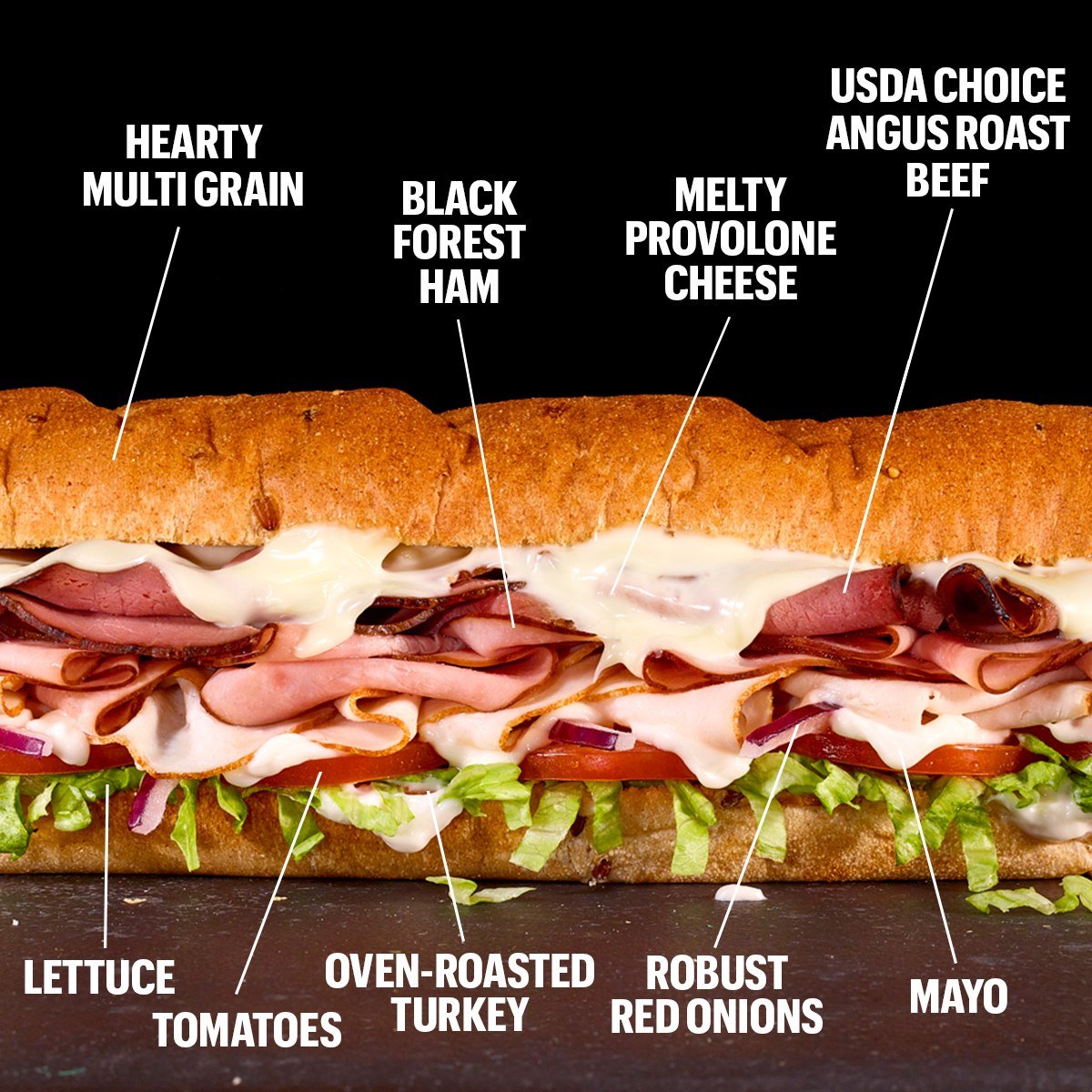 Not everyone means the same thing when they say healthy, and at Subway, there are a few factors that make for a healthy sandwich. But there's no doubt that Subway's hearty multigrain bread is the healthiest. It has the best balance of calories, sodium, fat, and fiber.

However, if you prefer a different option, you can learn more about its nutritional value below.

What Makes a Healthy Sandwich?

Bread sometimes gets a bad rap for being an unhealthy food, though the truth is that different breads have different nutritional values. Take a look at a few of the main factors that diet enthusiasts look at when choosing a meal.

It's the first thing we look at when scanning a nutrition label and the bottom line when it comes to losing weight. Calories are the amount of usable energy contained in a food item. When you add more calories to your diet, you'll gain weight; when you eat less, you'll lose weight.

Of course, you can always go with a smaller meal when you want to cut calories. But for the purpose of comparing Subway breads, we can see that most of the options are around 200 calories for a 6-inch piece of bread. The exception is the gluten-free bread, which is 340 calories per serving.

The most calorie-light Subway bread is, surprisingly, the artisan Italian, which is only 160 calories per serving. If you're eating Subway regularly, that can make a real difference to your overall calorie consumption.

Sodium, in the form of salt, is actually one of the main ingredients in bread. It acts as a yeast inhibitor and makes sure you get exactly the right rise for the perfect bread texture. This means that you can never completely avoid salt when eating bread.

The reason some people stay away from salt is that it can have a dramatic impact on their cardiovascular health. People suffering from high blood pressure need to pay special attention to the amount of sodium they eat. Even if you don't have heart trouble, limiting sodium can help maintain lifelong heart health.

Subway breads range widely in their salt content, either because of the bread itself or because of the toppings sprinkled on the bun before it bakes. The gluten-free bread has a whopping 790 mg of sodium per serving, which is the most of any of the food items. Conversely, the food with the lowest sodium is the hearty multigrain, with only 310 mg per serving.

Of course, don't forget that much of the salt content of your sandwich is going to come from the meat and cheese that go on later!

We don't normally think of bread as being particularly fatty, though there is actually some difference in fat content between Subway's bread options. The highest is the gluten-free bread, which has 12 grams of total fat, which is three times more than the next highest option.

Most of the bread varieties have four grams of fat, with just two at a slim 2 grams. That's the hearty multigrain and artisan Italian options.

While we're generally trying to limit calories, sodium, and fat in our foods, there's one health metric that most of us could use more of. Fiber plays a big role in our overall health, helping us digest food and balance energy levels throughout the day. A good rule of thumb to remember when it comes to bread is that the darker the color, the more fiber it has.

This rule definitely proves true in Subway's breads. The lighter loaves, like the artisan flatbread and artisan Italian, have the least fiber, with zero and one gram respectively. The bread with the highest fiber is the hearty multigrain with a total of 3 grams of fiber per serving.

Choosing The Right Bread for You

Ultimately, the right choice for your health needs will depend on which of the above factors are most important to you. If you're looking to save the most calories, then the artisan Italian will be the best choice. If you're looking for an extra dose of fiber, you might try the hearty multigrain or gluten-free bread.

Overall, the hearty multigrain offers the best balance, with only a few more calories than the artisan Italian and plenty of fiber to keep you balanced.

Alternatively, if you're looking for good bread for acid reflux, check here.