For thousands of years, bread has been considered one of the most popular food items all over the world. It is popularly consumed due to its portability, taste, convenience, and somewhat nutritional values. In this article, we are going to discuss if bread is processed food or not. 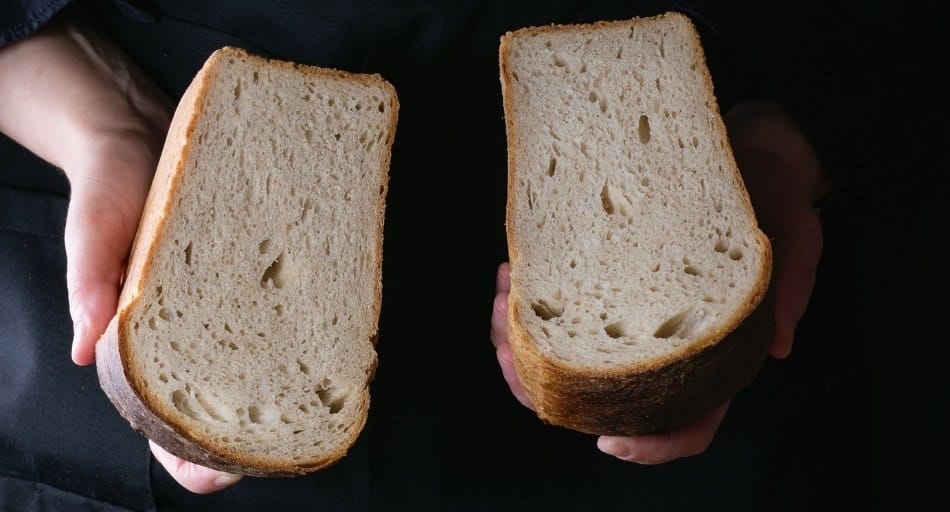 Yes, bread is processed food as the bread you eat simply includes highly processed carbohydrates which make it easily and quickly digestible even if its nutritional value is a bit lacking. You can find different types of bread made by using different kinds of ingredients and making methods.

To know more about the processed bread, you must know what processed food is.

When food is cooked, canned, milled, or dehydrated, it is known as processed food. While processing a portion of food, a few things are added to its main ingredients, like sugar and sodium. Though the amount of these added ingredients can be controlled or avoided when used, they can reduce the nutritional values of the food.

Why is bread processed food?

Bread is a processed food because it is simply made from a highly processed carbohydrate. Carbohydrate is the main ingredient in any bread as it provides fuel to your body. Though you can find carbohydrates in various vegetables, fruits, slightly processed grains, and beans, etc., they also provide you with minerals, vitamins, antioxidants, and fiber.

The pre-sliced packaged bread you eat has very small nutritional value even if it can be digested easily and quickly. But after eating bread, people usually do not feel full because of a lack of fiber in processed carbs. When the level of blood sugar drops, people crave more food soon after eating bread.

Because processed foods lose their nutritional value, the manufacturers of white bread add some minerals and vitamins to recover the loss of nutrients while processing it. But the lack of fiber in the bread cannot be replaced, which is necessary for cardiovascular health and digestion.

When highly processed simple carbohydrates are consumed in higher quantities in the form of packaged white bread, then it can cause several health problems as the levels of blood sugar can be increased just after eating it.

So eating processed bread consistently for a long time can increase the risk of heart diseases, diabetes, and various other chronic conditions related to your lifestyle.

The white processed bread is not considered very healthy due to the lack of fiber in its highly processed carbohydrate. So, wholemeal or whole-grain bread is considered a better alternative to white bread because it is not made from refined flour and contains fiber.

Moreover, whole grains, as well as food made from them, offer several health benefits as they help in reducing the risk of various complicated diseases, including obesity, as well as improve your overall health.

According to experts, foods made from whole grains contain all the natural nutrients and other essential elements in the right proportions as originally found in the seeds of the grain.

According to AHA or the American Heart Association, foods made from whole grains are good for your health because they are a good source of iron, selenium, magnesium, vitamin B, including folic acid, protein, and dietary fiber.

Though whole grain bread is also processed food, it is still healthier than processed white bread. So, if you like to eat bread, then instead of eating white bread, you should switch to whole grain or wholemeal bread.

While buying whole-grain bread, you should focus on the word "whole" in its list of ingredients which ensures the presence of the germ, endosperm, and bran of the original seeds in the bread.

How many slices of bread can you eat a day?

Everage slice of bread contains between 6 and 15 grams of carbs, meaning eating it regularly can help you power all your everyday activities. An average person can consume up to 8 slices of bread per day, but the real question is, should you? Bread consumption should be balanced out with other carbs such as potatoes.

Also, as you know that plain white bread doesn't offer much nutrition, whole grain bread should be eaten more often instead. Bread can still be part of a healthy diet. For example, toasted white bread lowers the glycemic index, and it is less likely to increase blood sugar, but it still has the same calorie count.

When did we start using yeast in bread?

It is unknown when yeast was first used for baking bread, but the earliest record was found in Egyptian civilizations. They were using yeast and the process of fermentation to produce alcoholic beverages over 5,000 years ago.

The mixture of flour and water was left longer on a warm day by accident, and the yeasts that occur naturally in flour caused it to ferment before baking. For Egyptians, this was a miracle.

What is the healthiest bread?

There are a good few options when picking healthy bread to buy and to eat. As you know, the word "wholemeal" and "whole-grain" are doing the magic here. Wholegrains, for example, wholewheat, rye, and spelt, are all examples of healthy choices that are nutrient-rich and, when eaten regularly, may protect against chronic diseases.

Also, a good indicator besides these words is as few ingredients as possible. The healthiest options having these in mind would be sprouted whole grain, then 100% whole wheat bread, oat bread, rye spread, and gluten-free bread.