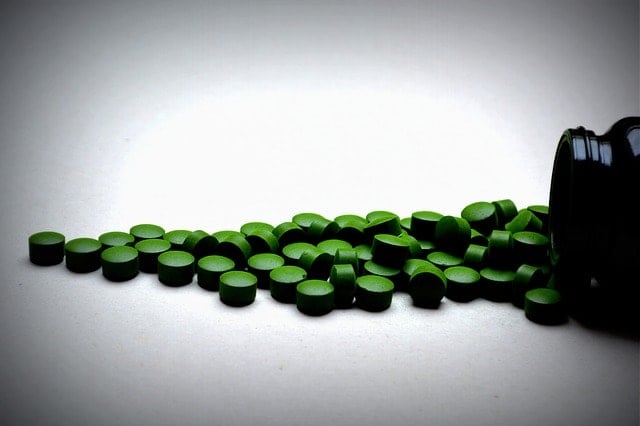 Glucosamine is a supplement that most of us have heard of.

A recent report from the U.S. National Center for Health Statistics found that Americans spend around $13 billion per year on natural product supplements (1). Of these, glucosamine is one of the most popular dietary supplements.

Why the Huge Interest in Glucosamine?

Well, an estimated 27 million adults in the United States alone live with osteoarthritis, the most common type of arthritis, which is especially prevalent among “older” people (2).

Osteoarthritis, also called degenerative joint disease, is caused by the breakdown of cartilage, which is the hard but slippery connective tissue that cushions the ends of bones where they meet to form a joint.

The condition is characterized by pain, joint damage, stiffness, and limited motion, and most commonly affects the hands and large weight-bearing joints, such as the knees, hips, and back (3). In fact, osteoarthritis is often associated with significant disability and impaired quality of life as a result (4).

And herein lies its popularity: many patients with osteoarthritis are driven by pain caused by the condition to try any treatment; others are seeking a “natural” treatment (1). 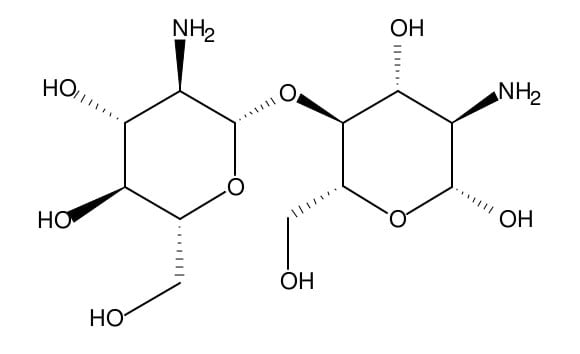 Glucosamine is a structural component of cartilage tissue, which is found in the joints. It is an amino sugar produced naturally in the body (5).

Yes. Lots. Researchers have studied the effects of glucosamine supplements, both individually and in combination with other chemicals, on osteoarthritis, because of its prevalence and disabling effects on patients.

A lot of good-quality research has been conducted into the safety and usefulness of glucosamine with large, high-quality studies in humans. Most clinical trials have focused on its use in osteoarthritis of the knee. 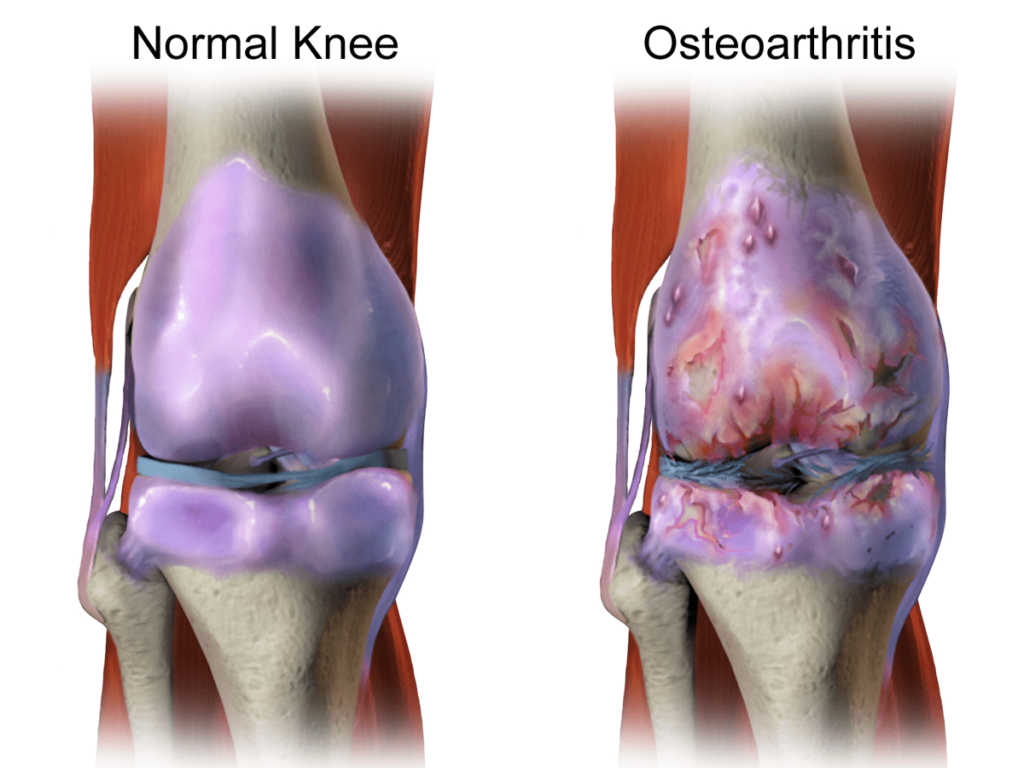 The vast majority of research conducted on glucosamine supplementation has been into its effects on osteoarthritis.

There has been a fierce controversy about the efficacy of glucosamine, chondroitin (another component of cartilage), or the two in combination in the treatment of knee osteoarthritis.

The study was conducted because it was agreed that there was a real and urgent public health need to test glucosamine (and two other agents) in a rigorous, scientific way, for pain control and functional improvement of osteoarthritis.

A total of 1,583 people participated in the study, at a cost of just over $12.5 million. The GAIT study was the largest randomized, double-blind, placebo-controlled study involving glucosamine, and it still has not confirmed whether the supplement is effective in the treatment of osteoarthritis.

Participants were evaluated at the start of the study and at weeks 4, 8, 16, and 24 of treatment. They were closely monitored for improvement of their symptoms as well as for any possible adverse reactions. X-rays documented each participant’s diagnosis of osteoarthritis.

The study found that glucosamine alone, or in combination with chondroitin (another component of cartilage), did not reduce pain in the overall group, although it did appear to lessen pain among those with moderate-to-severe osteoarthritis of the knee.

It also raised questions for further research in certain disease subgroups. Researchers are now studying whether the glucosamine-chondroitin combination may help people with more severe osteoarthritis.

The second phase of GAIT, conducted in 2008, looked at participants who continued with the study for another 28 months. They were tested to see whether glucosamine or chondroitin (together or alone) slowed the loss of cartilage in their knees. Interestingly, results showed no difference in cartilage loss compared with those who took a placebo.

As a result of so much conflicting research, experts have disagreed on whether glucosamine may help knee and hip osteoarthritis. The American College of Rheumatology (ACR) has recommended that people with knee or hip osteoarthritis not use glucosamine… But the recommendation was not a strong one, and the ACR acknowledged that it was controversial. The clinical practice guideline of the American Academy of Orthopaedic Surgeons also states that the use of glucosamine cannot be recommended. With such conflicting research results, there is no clear evidence to recommend its use.

The recommendation is that if doctors have patients who wish to try glucosamine, it would be reasonable to support a 60-day trial of glucosamine sulfate. The decision to continue therapy can then be left to patients on an individual basis while monitoring for possible adverse effects.

Conversely, in the largest meta-analysis conducted to date, pooling all the available data, Zeng et al. compared glucosamine, chondroitin, and the two in combination with celecoxib (an osteoarthritis treatment) or placebo for the treatment of knee osteoarthritis (9).

A total of 54 studies covering 16,427 patients were included.

What About Research in Osteoarthritis in Other Joints?

Only a small amount of research has been done on glucosamine for osteoarthritis of joints other than the knee and hip, for example, the hand, jaw, and spine. Because there have only been a few and relatively small studies, no definite conclusions can be reached.

Does It Improve Digestion? 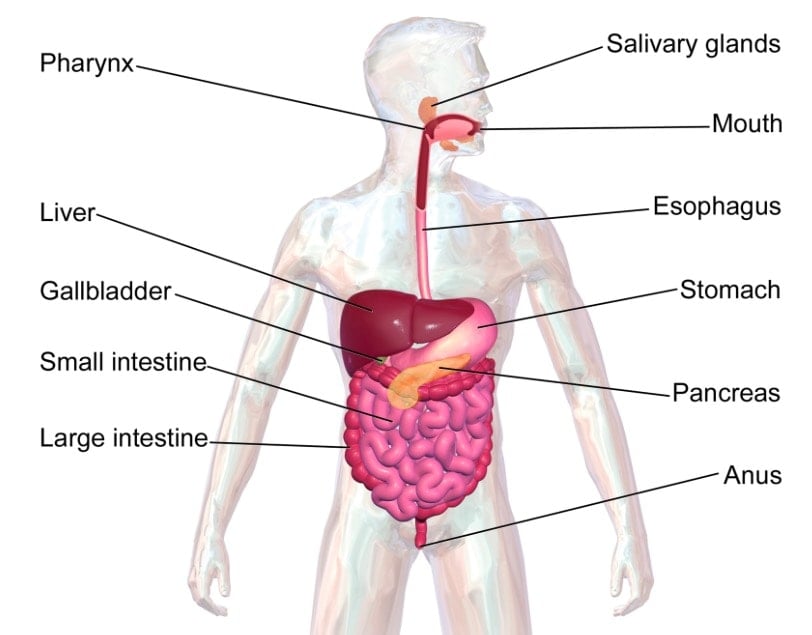 No research has been done to investigate the effect of glucosamine on digestion.

Does It Help Inflammatory Bowel Disease?

Extremely weak evidence. Just one preliminary study has been conducted on the effects of glucosamine on inflammatory bowel disease. Conducted by Salvatore et al. in 2000, the study involved just 12 children (10).

The study demonstrated preliminary results for the clinical efficacy of glucosamine on inflammatory bowel disease; however, the strength of supporting evidence was limited by its study design and sample size.

The researchers noted that it was an open-label study, limited by ethical considerations to a population of children with severe or treatment-resistant disease. Rigorous formal, large, placebo-controlled clinical studies are necessary to confirm its efficacy and determine indications for use on inflammatory bowel disease.

Does It Help TMJ Symptoms?

Weak evidence. There are around five good research studies that have suggested glucosamine as an effective treatment for TMJ disorders involving osteoarthritis of the jaw. However, these studies were limited to 200 or fewer patients per study, which means that the evidence remains weak (11).

Other studies have found that those taking glucosamine did no better than those taking a placebo. More large, randomized clinical trials are needed to demonstrate sufficient evidence to assert whether glucosamine has a positive effect on TMJ symptoms.

Does It Help Alleviate Bone Pain?

No research has been conducted into the effects of glucosamine on bone pain itself. Research has rather looked at osteoarthritic pain in joints (see above). 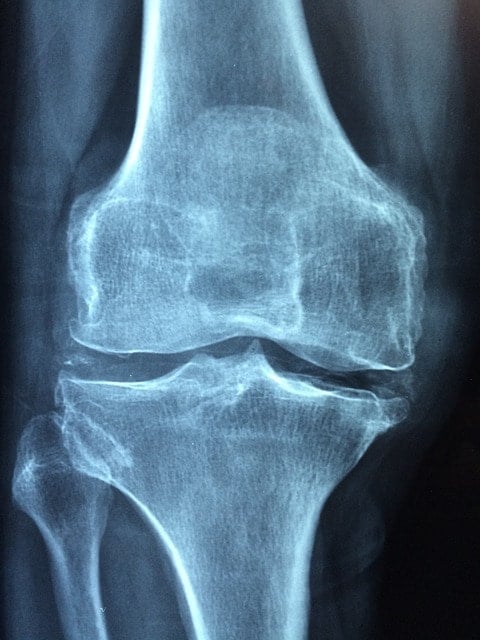 To put it into perspective, there were 77 reports of serious adverse effects during the GAIT study of almost 1,600 participants. Of those 77, only 3 were attributed to study treatments. Most side effects were mild, such as an upset stomach, and were spread evenly across the two treatment groups.

However, glucosamine should be used with caution in patients who have shellfish allergies or asthma, and in those taking diabetes medications or warfarin.

Patients taking the following medications should not use glucosamine or make any adjustments to their medications without first talking to their doctor.

The assumption that taking a glucosamine supplement will increase the amount of cartilage in joints is certainly an interesting one. At best, glucosamine does not cause adverse effects, subject to it being taken under the supervision of a doctor.

Evidence-wise, there is little to suggest that oral glucosamine is beneficial for osteoarthritis. Due to inconclusive evidence, the American College of Rheumatology does not currently recommend glucosamine for the treatment of osteoarthritis.

Despite this, glucosamine supplements (alone or in combination) may work for some people with osteoarthritis. It is therefore advised that patients who take these supplements and who have seen improvements with them should not stop taking them.

It is also recommended that people with osteoarthritis work with their doctor to develop a comprehensive plan for managing their arthritis pain, with lifestyle modification (eat right, exercise, lose excess weight) and proven pain medications.