Ginseng is a herbaceous plant that belongs to genus Panax, of the family Araliaceae; “panax” means “all-healing” or “panacea” (1). The name ginseng comes from the Chinese words “Jen Sheng,” meaning “man-herb,” due to the humanoid shape of the rhizome (root) of the plant (2).

The root is the most important medicinal part of the plant and therefore the most commonly consumed; although the leaves and berries are also used for healthcare (2). Saponin ginsenosides (namely protopanaxadiol and protopanaxatriol) are the major phytochemicals of the plant.

Five main species of ginseng have been identified: American, Chinese, Korean, Japanese, and Siberian (or Russian). Although Siberian ginseng is in the same family, it is not in the same genus as true ginseng (3). Two of the most commonly used are Panax ginseng (Chinese ginseng) and Panax quinquefolius (American ginseng). Panax ginseng has been used in traditional Chinese medicine for thousands of years, and Panax quinquefolius has been used by Native Americans for hundreds of years (2). 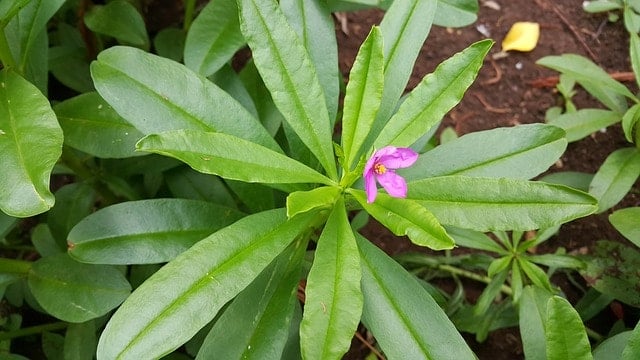 The plant has been used for its healing properties. It is claimed to have antioxidant, anti-inflammatory, antifatigue, antidiabetic, antitumor, immunomodulatory, anti-obesity, cardioprotective, antimicrobial, neuroprotective, and aphrodisiac properties (1).

Ginseng is prepared and used in several ways: as fresh ginseng (sliced and eaten, or brewed in a tea), peeled and dried (white ginseng), or peeled, steamed, and dried (red ginseng) (2). In modern times, it has been proposed as an emerging “functional food,” that is, an edible medicine for several diseases and conditions.

Lately, research studies have emerged to support the beneficial effects of the plant. With the surfacing of this scientific evidence, interest in ginseng from consumers as well as researchers is growing.

Compounds containing ginseng are some of the most popular and bestselling herbal remedies around. As a result, the ginseng product market is expanding, and it is therefore critical to assess its safety and efficacy. Below is a thorough review of the research into ginseng.

Herbal and natural remedies are often the product of hundreds of years of use and observation of their therapeutic effects and risks. As a result, their properties and side effects are often quite well known. Aspirin and codeine have their origins in herbal medicine, for example.

Although synthetic medicine continues to progress, the value of many medicinal plants used in herbal medical traditions remains largely unknown in the West. Few medicinal plants have been studied scientifically. This means rigorous, blinded, randomized, controlled studies with large groups of cohorts.

Of these, not all research efforts have been successful. Sometimes scientists have found that the herbs themselves, which possess unique combinations of chemical components, are more effective than their chemical derivatives.

PubMed lists 7,860 journal articles involving “ginseng.” Of these, 309 are clinical trials involving humans. This constitutes a decent amount of research.

Does It Treat Sexual Dysfunction?

Very weak evidence. Some studies have supported the efficacy of ginseng in addressing certain sexual issues. For example, a systematic review and meta-analysis conducted by Jang et al. provided “suggestive evidence” for the effectiveness of red ginseng in treating erectile dysfunction, according to the researchers (4).

However, the total number of trials that could be included in this analysis was just seven, and the total sample size and the average methodological quality of the primary studies were too low to form a strong evidence base. To show an effect, greater power is required. This means bigger sample sizes in this case. Therefore, more high-quality studies are necessary to establish whether or not red ginseng has a place in the treatment of erectile dysfunction.

Does It Help With Menopause? 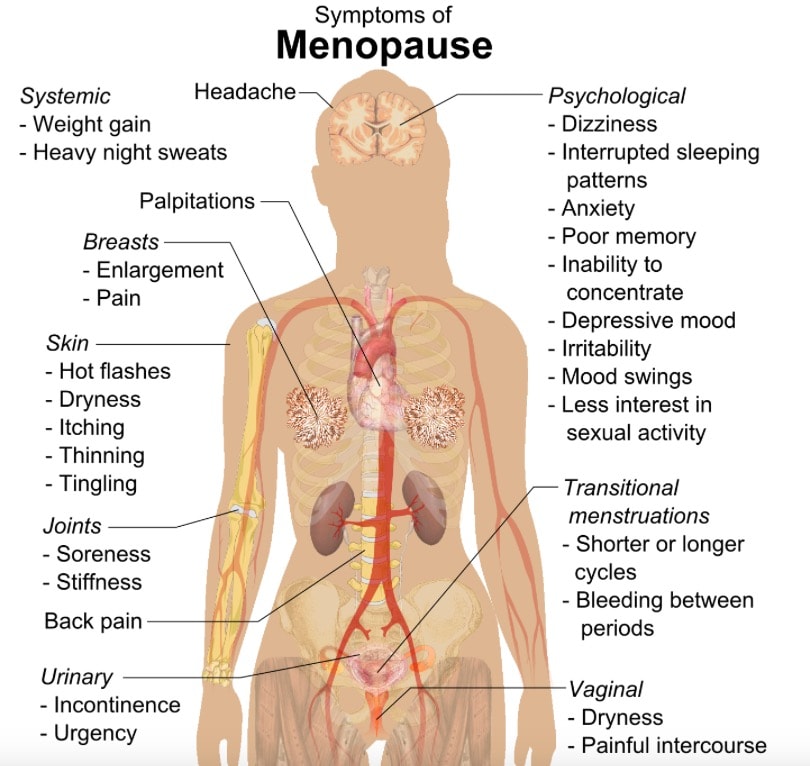 Weak evidence. The most recent systematic review of placebo-controlled, randomized clinical trials researching the effect of ginseng on menopausal women’s health was conducted in 2016 (5). It included ten research studies and provided positive evidence for ginseng on sexual function, sexual arousal, and total hot flashes score, so it would be reasonable to call this weak evidence.

However, this systematic review failed to show effects on hot flash frequency, hormones, biomarkers, or endometrial thickness. These are important factors for which no supportive evidence was found, and this is important to note. Researchers noted that the number of trials and total sample size of the included trials were not sufficient to draw firm conclusions.

Does It Prevent Cancer?

No evidence. Although research has been conducted on the use of ginseng as an adjunct cancer treatment, research has not been conducted to test its effect on preventing cancer. In the wake of the undesirable side effects of conventional therapeutic strategies, complementary and alternative therapies are more and more crucial. Ginseng holds some potential in this area.

It is also becoming increasingly clear that ginseng has an effect on inflammation and may inhibit the inflammation-to-cancer sequence (2). This research is pretty much limited to rats, and double-blind, randomized, placebo-controlled trial studies in humans are warranted. At this stage, there is no evidence to suggest that ginseng is effective in either cancer prevention or treatment.

Does It Improve Immune System Function?

Very weak evidence. It is also becoming increasingly clear that ginseng has an effect on inflammation, which is an important immune system function (2). This research is pretty much limited to rats, and double-blind, randomized, placebo-controlled trial studies in humans are warranted.

Does It Improve Mood or Reduce Stress?

Does It Help With Weight Loss?

Although it has been shown that ginseng and ginsenosides modulate appetite, reduce energy input, inhibit lipid synthesis, and stimulate energy consumption in the body, the research to date has not shown evidence for an anti-obesity effect in humans (7).

Only seven papers of human studies associated with ginseng and obesity are available, and these were analysed by Zhipeng et al., in research so recent that it is currently in print (7). Each of these studies had very small sample sizes, each with less than 40 participants, and some did not carry out placebo-controlled study design. Additional studies are required to determine the anti-obesity effects of ginseng in humans.

It’s important to note that ginsenosides have a very low bioavailability after oral intake (7). This uptake is also dependent on intestinal bacteria, and this varies tremendously among individuals, so much so that approximately 20% of people cannot transform ginsenosides either partially or fully. Researchers suggested that these factors may in part lead to the differing results attained in the human-based research carried out thus far.

Is It an Anti-Inflammatory?

No evidence in humans. There is evidence in support of the ability of ginseng to target multiple factors in the inflammation cascade in mice (2). The influence of various forms of ginseng on these molecules has the ultimate effect of stimulating apoptosis (targeted cell death) and inhibiting cell cycle progression (cell reproduction).

Overall, this is a good example of a natural herb with properties that are conducive to stopping the inflammation pathway. Further double-blind, randomized, placebo-controlled trial studies in humans are warranted to determine the anti-inflammatory effect of ginseng in humans.

Does It Help Diabetes? 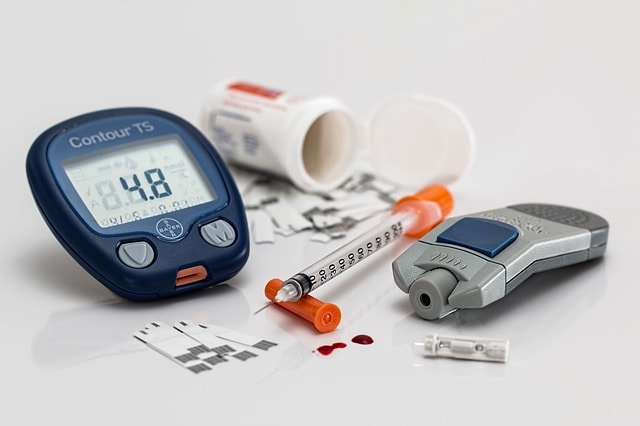 Weak evidence. As the burden of diabetes grows and conventional diabetes drugs can pose detrimental side effects, alternative therapeutic options are being searched for (1). Despite the widespread use of ginseng in the management of diabetes, supporting evidence of its anti-hyperglycemic efficacy is limited (8).

A meta-analysis of the randomized, controlled trials assessing the glycemic effects of ginseng in people with and without diabetes found sixteen trials with a total of 770 participants to assess. The results showed that ginseng modestly yet significantly improved fasting blood glucose in people with and without diabetes. However, researchers concluded that in order to provide a better assessments of ginseng's antidiabetic efficacy, larger and longer randomized, controlled trials using standardized ginseng preparations are required (8).

Does It Lower Blood Pressure?

Weak evidence. A meta-analysis of the randomized clinical trials to date is about to be published in print, but at the time of writing, it has only been released online (9). The study includes nine randomized, controlled trials that met the inclusion criteria. Its analysis of the research to date shows positive evidence for the efficacy of ginseng in reducing blood pressure in patients with pre-hypertension and hypertension in the acute and long term. Further double-blind, randomized, placebo-controlled trial studies in humans are warranted.

Does It Improve Memory? 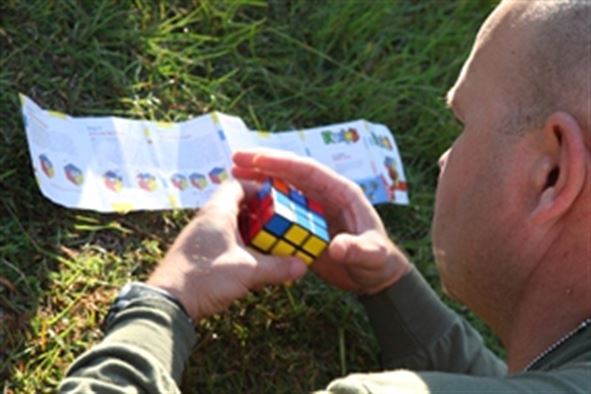 Very weak evidence. There is some evidence of its efficacy in animal studies, including rats (1). A recent Cochrane review analyzed the results of all the double-blind and single-blind, randomized, placebo-controlled trials conducted up to 2010 that assessed the effects of ginseng on cognitive function (10). Nine trials that met the inclusion criteria were identified. Five trials that investigated the effects of ginseng on healthy participants had extractable information on efficacy and were included in the review.

Ginseng appeared to have some beneficial effects on cognition, behavior, and quality of life. However, more rigorously designed studies are needed on this important issue, especially given the global burden of dementia and memory-related conditions. Study authors noted that pooling the data from the various trials was “impossible” owing to the heterogeneity in outcome measures, trial duration, and ginseng dosage. That means further research needs to be conducted to have enough power to reveal the extent of evidence of ginseng on memory and other cognitive function.

Therefore, another question researchers have posed is whether the therapeutic effects of ginseng depend on the form and dosage of ginseng. Presumably, they do. Both the optimum dose and the ideal form of ginseng are currently unknown, and there are no clinical trials comparing dosages or forms of ginseng published to date (11). Toxicity studies on ginseng extracts are limited, but some report detrimental effects (11).

For instance, ginseng should not be used in conjunction with warfarin (anticoagulant) or phenelzine (a monoamine oxidase inhibitor (MAOI) used as an antidepressant). Based on the findings, it can be stated that caution should be exercised when recommending the use of ginseng products.

Compounds containing ginseng are some of the most popular and bestselling herbal remedies around. As a result, the ginseng product market is expanding, and it is therefore critical to assess its safety and efficacy.

As health issues mount and side effects of some drug treatments grow, the search for other effective alternatives is underway.

Clinical studies have shown some positive effects of ginseng on diabetes, menopause, and inflammation. Further double-blind, randomized, placebo-controlled trial studies in humans are warranted to determine the therapeutic effect of ginseng on these and other conditions.

However, further toxicological studies are required to demonstrate the safety profile of ginseng. Similarly, research into the optimal dosage is also required.

Based on the current level of research evidence, it would not be advisable to take ginseng for therapeutic effects.