SpaghettiOs are canned spaghetti famous for being a convenient yet flavorful meal for kids. However, if you are considering a vegan diet, this canned product may not be for you.

SpaghettiOs original canned pasta and its other variants contain animal-derived ingredients, such as cheddar cheese, butter, and skim milk, making them non-vegan foods.

Read on as I discuss the ingredients that make SpaghettiOs a non-vegan food. This article also contains an easy-to-follow vegan SpaghettiOs recipe, so be sure to read until the end.

SpaghettiOs is a brand of canned spaghetti manufactured by the Campbell Soup Company since 1965. The product contains small, round pieces of pasta in a tomato-based sauce fortified with vitamins and minerals.

The brand is popular among children due to its mild flavor and fun shapes. It is also a favorite for busy parents who need a quick and easy meal for their family.

You can serve SpaghettiOs as is or use them as a base for various recipes, such as baked spaghetti, spaghetti pie, and casseroles.

Additionally, some varieties of SpaghettiOs may also contain meat, such as beef, pork, or chicken. Unfortunately, despite having different variants, none of SpaghettiOs' flavors is vegan.

SpaghettiOs Ingredients: Are They Vegan? 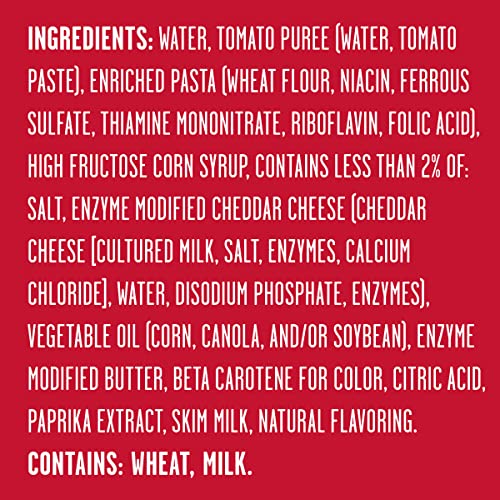 This thick sauce made from cooked and crushed tomatoes. Tomato puree comes in handy as a base for soups, sauces, and stews. It is also a common condiment for sandwiches and other dishes.

Tomato puree is usually vegan, as it contains no animal-based ingredients.

High-fructose corn syrup (HFCS) is a corn-based sweetener that is used to make many processed foods. It is a product of glucose and fructose and typically comes from corn starch.

High-fructose corn syrup is vegan, as it does not contain animal products or byproducts.

Enzyme-modified cheddar cheese is a type of cheese that is made by homogenizing, emulsifying, and fortifying it. It usually contains ingredients such as emulsifiers, stabilizers, and preservatives.

Enzyme-modified cheddar cheese is not vegan, as it contains dairy products derived from animal sources.

Vegetable oil is a type of cooking oil made from various plant sources, such as soybean, sunflower, olive, canola, corn, sesame, and peanut oils. People often use vegetable oil for frying, baking, and other cooking methods.

As vegetable oil comes from plants, it is vegan.

Some of the natural fats in modified butter have been changed by adding vegetable oil. It is typically lower in saturated fat than regular butter.

Modified butter is not vegan as it comes from animal sources.

This is a type of milk that has had the cream removed, resulting in a lower fat content than regular milk.

Skim milk is not vegan.

Although SpaghettiOs are very convenient and delicious, they do not offer enough nutrients and are therefore unhealthy. According to the USDA nutrition facts, SpaghettiOs do not provide a significant amount of vitamins and minerals and are also high in sodium. 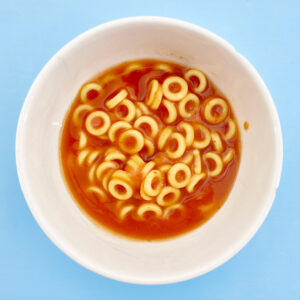 Pro tip: Bake the mixture for 25 minutes, until the top is golden brown and the sauce is bubbling.

This depends on the brand. Most canned spaghetti brands contain animal-derived ingredients, but a few have vegan certification printed on their packaging.

Do SpaghettiOs have pork?

The SpaghettiOs with Meatballs contains both pork and chicken.