The main difference between vanilla and chocolate is their taste; vanilla offers a mild flavor profile that goes well with other dessert components, while chocolate provides an overpowering taste that makes it stand out in any recipe. With that, they are also used differently; vanilla as a flavor enhancer, and chocolate as a main flavor. 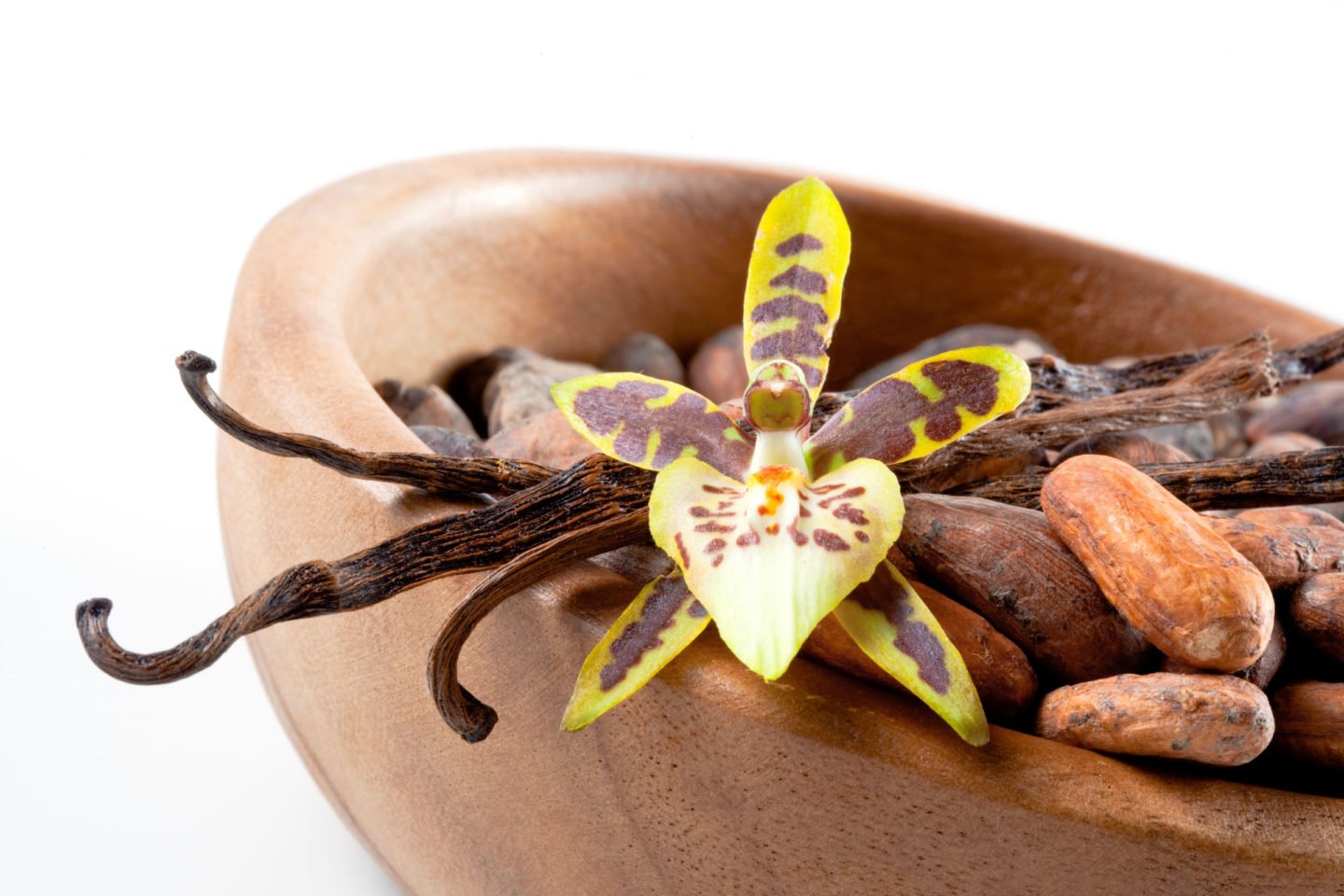 Other differences between the two include the price point; chocolate is cheaper than vanilla. However, you almost always have to use more chocolate than vanilla, making it a fair game. Moreover, aside from bringing a rich flavor, chocolate contains high amounts of antioxidants, making it healthier than vanilla.

Read on to learn everything you need to know about this topic.

The History of Vanilla

Vanilla is native to South and Central America and the Caribbean, and the Totonacs of Mexico's east coast appear to have been the first to produce it. When the Aztecs conquered the Totonacs around the 15th century, they brought vanilla with them; the Spanish, in turn, brought it with them when they defeated the Aztecs.

One story says that Hernán Cortés brought it to Western Europe, but at the time, his other American imports, like jaguars, opossums, an armadillo, and a whole team of ballplayers with bouncing rubber balls, were more interesting.

Initially, people added a dash of vanilla to their chocolate drinks to enhance the flavor. However, it became an additive only when Queen Elizabeth started using it as a lone flavor on some meat in the 17th century. Eventually, vanilla became a part of the recipe books, gaining popularity in the 18th century.

However, its price point is the main problem with using vanilla as a flavoring. In 2019, you can buy a kilogram of vanilla for over $380, compared to the $3 price of cocoa bits per kilogram.

The History of Chocolate

Chocolate's history may be traced back to the ancient Mayans and even farther to the ancient Olmecs of Mexico. Nowadays, you can expect thoughts of chocolate to be filled with pictures of sweet candies and decadent truffles, but they are nothing like the chocolate of yesteryear. Chocolate was adored but bitter throughout history, not as a sweet, palatable delight.

The invention and history of chocolate are unclear. But Hayes Lavis, a cultural arts curator at the Smithsonian's National Museum of the American Indian, says that pots and jars made by the Olmec people around 1500 BC contain theobromine, a chemical found in chocolate and tea that gives people energy.

Due to the value of chocolate in ancient times, only the upper class enjoyed them most of the time. People in the lower class considered them a delicacy that they could enjoy at weddings and other important celebrations. They believed chocolate was a gift from the gods and often used it as a form of currency.

Due to its high alcohol content, vanilla extract is bitter-tasting when undiluted, but when blended with other components like sugar, it imparts a warm, flowery scent. Vanilla has no perceptible flavor; it requires carbs such as flour to develop.

Although vanilla extract is bitter, it does not make the entire cake bitter. Because vanilla offers a strong scent, you only need a little at a time. Then, only vanilla's smell and general perfume will be perceived, not bitterness.

Although we know what chocolate tastes like, we often forget to appreciate each note. In my experience, chocolate tastes like a mixture of sweet, bitter, and a little sour due to the roasting process. However, due to its high fat and butter content, it melts in the mouth and gives that creamy feel.

The different flavors come from the type of cocoa bean, where it comes from, how it is fermented, roasted, and conched, as well as the type and amount of ingredients in each chocolate recipe. Real chocolate has a small ingredient list, so sift through labels.

However, you can somehow expect the flavor of the chocolate to depend on the cocoa percentage, which is the number of cocoa products used in the variety. The higher the rate, the higher the chance it has of having a rich, bitter taste. Conversely, the lower the percentage, the higher the sugar and butter content, giving it a sweet and creamy texture.

Vanilla vs. Chocolate: Which Has More Uses?

The vanilla flavor is more commonly used in baking than chocolate. Vanilla is a regular part of the ingredients when making strawberry, mango, purple yam, mocha, and even chocolate cakes and desserts, including ice cream.

Aside from that, vanilla's sweet smell helps relieve stress and anxiety, and it is a common ingredient in scented candles, air fresheners, shampoo, and other things that smell good. You can also use vanilla-scented aromatics to promote deep sleep, and taking vanilla bean extract is believed to cure intestinal problems like gas, bloating, and even tooth decay.

The cocoa bean is processed to produce cocoa powder that makes the famous chocolate powder and sweet bars. These are used in baking cupcakes, making hot fudge and pudding, mixing chocolate drinks, and adding chocolate flavor to ice cream, desserts, and savory dishes. Chocolate chips and chocolate shavings are also used as toppings on many desserts because they stay in place and look nice.

Although not a typical scent compared to vanilla, you can use chocolate as a scent in candles, aerosols, and perfumes.

Chocolate isn't just a tasty treat; it also helps the brain work better because it has a lot of flavonols, which protect the brain from inflammation, boost the immune system, and improve heart health. Dark chocolate also has a lot of magnesium, zinc, copper, phosphorus, iron, protein, carbs, and fiber.

On the other hand, vanilla offers a calming effect and promotes deep sleep. Of the two, chocolate wins regarding health benefits due to its antioxidant content.

Chocolate is more popular and provides more health benefits than vanilla. However, the vanilla flavor is more useful in baking and as a scent than chocolate. As for the taste, it's a personal preference, but vanilla ice cream is the favorite flavor in the United States over chocolate.

It's always a personal choice; some like chocolate ice cream better, while others always choose vanilla ice cream. However, vanilla is the favorite ice cream flavor in the US, followed by chocolate.

Why is vanilla healthier than chocolate?

Chocolate is healthier than vanilla as it offers antioxidants that help maintain heart health and brain function and boost the immune system.