Oka is a Canadian semi-soft cheese that was first made in 1893 in the small village of Oka, Québec. It has a mild nutty flavor with a pungent aroma and a texture that is smooth and pliable. The cheese’s rind is a vibrant copper-orange color that gets hand-washed during aging.

Although oka can be found in most grocery stores throughout Canada, it is not so common in the United States and other parts of the world. If you can't get your hands on any, then you're going to need a replacement. We've pulled together a list of our favorite oka substitutes so that you can finish any recipe without the original ingredient. 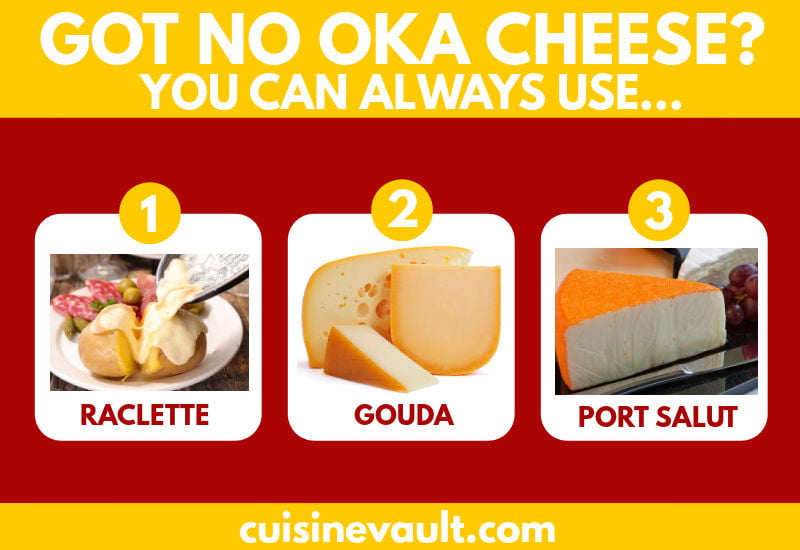 What can I use to replace oka cheese?

The best options for replacing oka in cooking are raclette, gouda, Port Salut, edam, and gruyere. They all have subtle differences, but they’ll taste delicious in any recipe that calls for the original ingredient.

Raclette is a Swiss cheese that is similar in taste and texture to oka. It is a semi-hard cow’s milk cheese that is moister than the average Alpine cheese. Its name derives from the word “raclere” which means “to scrape” - a fitting description for a cheese that is heated until it begins to melt then scraped onto meat, vegetables, or bread. Its melting properties make it an excellent stand-in cheese for oka.

Gouda is a semi-hard Dutch cheese that is made from cow’s milk. Its mild, sweet, and nutty flavor combined with a creamy texture make it the perfect oka alternative. Choose a product that hasn't been aged for too long as it will be crumbly and salty. Like oka, gouda is lovely sprinkled on savory baked dishes before cooking until golden brown.

Port Salut (aka Trappist or Entrammes cheese) is made by Trappist monks all over the globe. Its recipe is what the Oka monastery used to develop its own brand of cheese, so the two have a similar mild flavor and rich, creamy texture. Use Port Salut on cheese platters or as a velvety melting cheese.

Edam is a semi-hard cheese from Holland that is made from cow’s or goat’s milk. Its mild, nutty flavor and springy texture are closest to oka before the cheese has had time to age. Edam is easy to find in the cheese section of your local grocery store; it is great for sandwiches and dessert platters. You can use this ingredient for melting into soups, sauces, or for fondue. 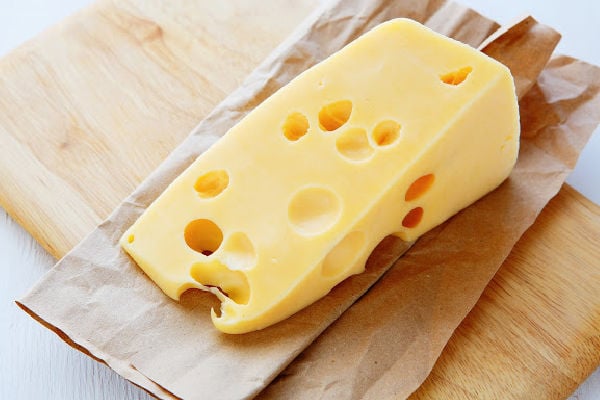 Gruyere has a sweet, nutty flavor and is one of the best cheeses for baking thanks to its distinctive flavor profile that isn't overpowering. Use this cheese in pies, tarts, soups, salads, soufflés, or as a melting cheese.

Cantonnier is a Canadian farmhouse-style cheese that was adapted from oka, so the two are quite similar. It has a creamy, fruity flavor with a milky, hazelnut undertone. This cheese has a unique flavor profile and has won multiple awards for its melting properties. Use this cheese in any recipe that calls for oka. It won’t taste the same, but it won’t let your dish down either.

Fontina is an Italian washed-rind cheese that has a pungent aroma, a lot like oka. It has a tangy flavor so if you enjoy a little extra bite in your food then this is a good option. We suggest using this cheese to bolster the flavor of chowders and risottos or use it to top pizza.

Asiago is an Italian cow’s milk cheese that has a similar nutty undertone to oka, but a sharper flavor. If you can't find this product in mainstream stores, then try a specialty cheese retailer. Try out using this cheese in your next Croque Madame. 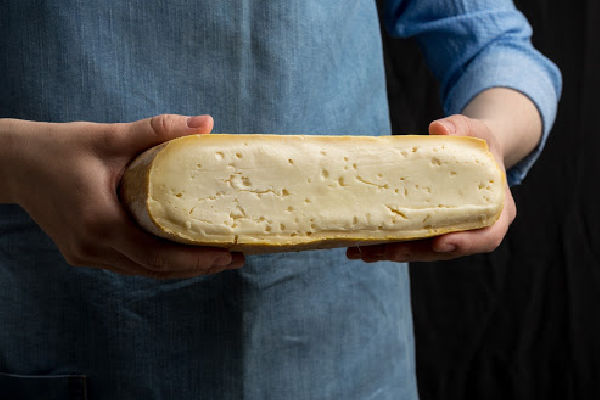 Taleggio is an Italian product that was first produced back around 1200 and is one of the oldest semi-soft cheeses still produced. It is a unique, cave ripened product that is mild and fruity with a creamy texture and pungent aroma. This is another Italian cheese that you may have difficulty finding. It is well worth using as a melting cheese to replace oka if you can find it.

If you're looking for a milder tasting cheese than oka then why not try Le Migneron de Charlevoix? This is a semi-firm Canadian cheese that has a rich, buttery taste and a lovely creamy texture. It’s the perfect substitute cheese for any applications that require oka.

Non-aged appenzeller is a mild cheese with a nutty and fruity flavor. It is ideal for slicing, using in a dessert platter, or for melting. You may find this cheese difficult to find in the United States and countries outside Europe.

Emmental is a Swiss holey cheese that is creamy, nutty, and sweet with a delicious buttery texture. Like oka, it has a pungent aroma which makes you think its flavor will be powerful too. However, it is surprisingly mild and melts into a mouth-watering silky consistency when heated.

Regular: A variety that uses pasteurized cow’s milk to make cheese that is ripened for 30 days.
Classic: Made in the same way as regular oka, but the ripening process is extended to 2 months.
Light: A low-fat option.
Providence: Offers a much creamier, softer texture than the other variants.

In the kitchen, oka is a versatile ingredient with excellent melting properties. It is delicious melted on to pizzas or added to soup, lasagna, quiche, or pasta. The cheese is also exceptional in fondue or used for sandwiches, and cheese platters.

Oka is a mild Canadian cheese that is revered for its melting properties. If you can’t find it where you live, try raclette, gouda, Port Salut, edam, or gruyere. Although you’ll find each product has subtle differences, they can all be used in the same ways in the kitchen.

What is your favorite Canadian cheese? Please let us know in the comments below.