The main difference between ziti and penne is that ziti has straight-cut ends, while penne has angled-cut ends. Ziti and penne pasta are both cylindrical and hollow, like a tube. However, ziti is typically smooth and shaped like a pipe, while penne has ridges and looks like two ends of a quill pen. 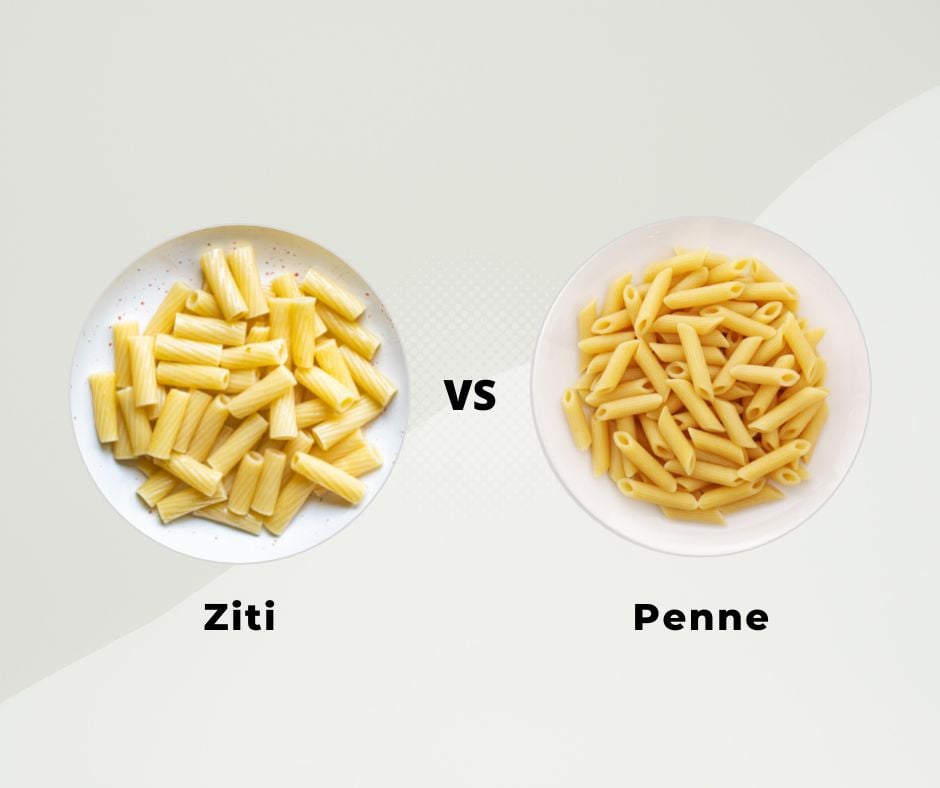 Many confuse them for each other because they have a similar taste and texture and are often used interchangeably. But in Italian cooking, each type is used in specific dishes. Ziti and penne also have subtle differences that can make a difference depending on the dish.

Below, you'll learn the differences between ziti and penne and find out which pasta is best for which dish. You'll also find some recommended recipes starring each pasta.

What’s the difference between ziti and penne pasta?

Ziti and penne are both varieties of pasta that are shaped like tubes. Penne has diagonal ends like a quill pen, while ziti has straight ends like a pipe. Each pasta has a similar taste and texture, so it’s fine to substitute one for the other in recipes.

The differences lie in the shape; these subtle contrasts mean that each works better in certain dishes. Let’s look at these differences:

The ends: Each end of penne pasta is cut diagonally which differs from the straight-cut ends of ziti. The ends of ziti pasta look like a tube.

The length: Penne measures about 1½ inches whereas ziti ranges from 1½ – 3 inches. It can also be sold in 10″ pieces or even longer which are broken into pieces when cooked.

The Diameter: Ziti is ¼ inch whilst penne is larger at ½ inch.

Their variations: Penne can be smooth or ridged whereas ziti is usually smooth.

Related reading:
What are the best substitutes for orzo pasta?
How to replace ditalini in cooking.

How to Use Each Pasta Like a True Italian

In Italy, penne is traditionally boiled for 12 minutes until al dente then combined with sauce in a shallow pan.

Ziti is often cooked for only 5-8 minutes until it starts to soften but is still undercooked. It then gets added to a casserole dish with cheese and baked until deliciously browned on top. This dish is a lot like Mac n Cheese.

Although penne pairs well with almost any sauce, it works brilliantly with chunky sauce, big hunks of meat, and vegetables. Oil-based or cream sauces both complement penne well.

Like penne, ziti pairs well in baked dishes with chunky sauces and meat. Ziti also makes a smart addition to stir-fries and salads.

RELATED Rigatoni vs. Penne: Which Pasta is Which? 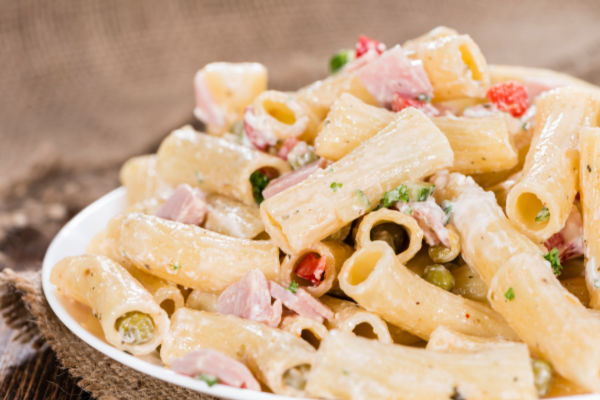 If you love creamy pasta recipes be sure to check out our seafood pasta recipe that is loaded with shrimps and oysters. 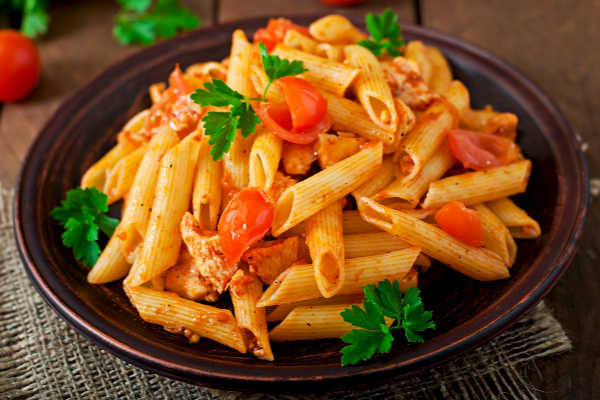 If you’ve only got penne in the pantry and your recipe calls for ziti, don’t stress. You can use the two interchangeably as most wouldn’t notice the difference. But if Nonna is coming to visit from Italy and you want to impress, you’d better not drop the ball on this one. She’ll notice if food is her thing – and let’s face it, food is always their thing.