Zinc oxide products have been trusted for generations to care for delicate or damaged skin. Bathroom cabinets in every corner of the world carry some type of zinc oxide remedy or salve. This is especially true if there is a baby to toddler in the house.

Finding a zinc oxide in a household may not be difficult, but it can be really difficult to find a non-expired zinc oxide product. Far too many people forget to check the 'use by date' and trash expired products. Expired products carry a risk as the active constituents can degrade and they can also harbour nasty bacteria.

But before you replace the zinc oxide product in your home, let's check the science behind this household staple to see if you need it in the first place.

What Is Zinc Oxide?

It is a divalent cation that has an atomic number of 30. It is a silver-white transition metal that resides in group 12 of the periodic table.

The average 70 kg adult has a total body zinc content of 1.4-2.3 gm and the skin contains 6% of the total body zinc. It is estimated that one third of the worlds population is zinc deficient. Zinc deficiency presents in a variety of ways including delayed wound healing and increased susceptibility to infections. Zinc alone or as an adjunct is used in a wide range of dermatological conditions.

Zinc was discovered in 1896. The importance of zinc for human health was first noted in 1926 but really came to prominence with the characterization of 'zinc fingers' in proteins in more recent years.

Zinc is an essential micronutrient and is mission critical for over 300 metallo-enzymes and 200 transcription factors essential for human survival.

Zinc in its elemental and salt form has been used as a therapeutic modality for centuries. It is used as a sunscreen (photo-protection), soothing agent (calamine lotion), anti-dandruff, would healing.

Outside of healthcare, zinc is commonly used to galvanize other metals. Galvanizing is an industrial process in which metals such as iron or steel are covered with molten zinc in order to create a protective coating that prevents rusting.

Zinc oxide ( ZnO) is a white powder that is insoluble in water. It is used as an additive in the manufacturing sector for the production of a wide range of products such as rubber, plastics, ceramics, glass, cement, paints, ointments, adhesives, sealants, pigments,  batteries.  Zincite is a natural source of ZnO but the vast majority of zinc oxide is now manufactured synthetically.

There are over 12,000 zinc oxide products for sale on Amazon. This includes powders, soaps, creams, sunscreens, ointments and tapes. 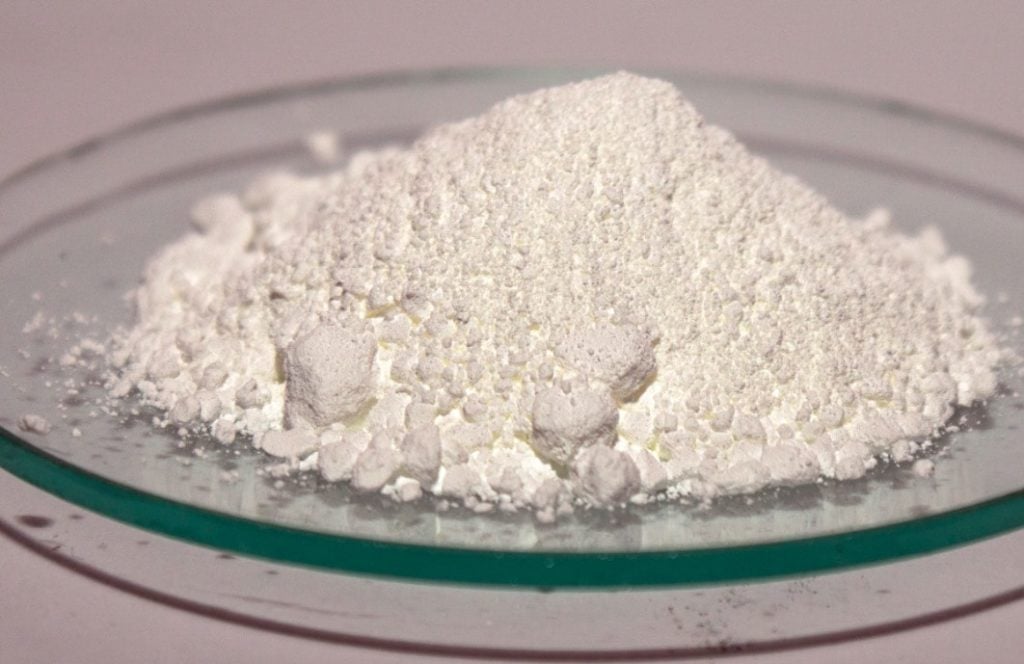 Has There Been Research?

There are over 10,000 results for the search term zinc oxide but the vast majority of these relate to 'zinc oxide eugenol' for dental root canal fillings. When these are excluded we are left with 3000 relevant articles including 200 human clinical trials. To put this into context, there are almost 200,000 Pubmed articles on iron which include almost 5000 human clinical trials. 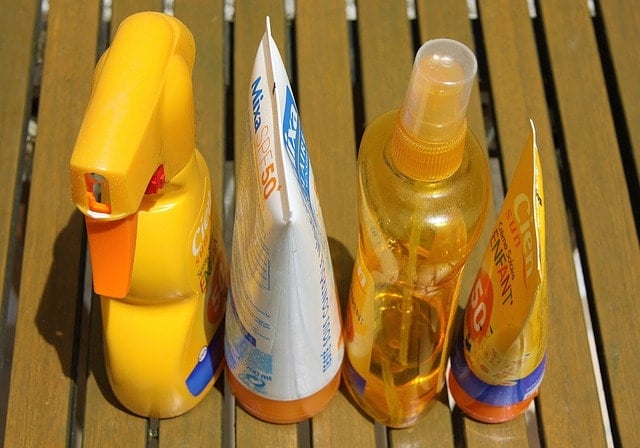 Zinc oxide is widely used as a physical sunscreen. It is relatively inexpensive and generally regarded as safe. It provides protection against UVA1 (340 -380).

Despite its high trust factor as a safe and effective sunscreen, there is very little published on the subject.

There is a single human clinical study that shows that zinc oxide is superior to titanium oxide as a sunscreen (1).

The use of zinc oxide as a sunscreen is based more on trust than science. 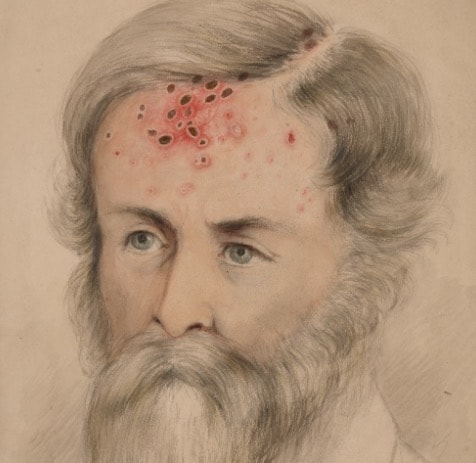 A comprehensive review article was published last year in the journal Dermatology looking at the role of zinc oxide in dermatology (2). The reviewers concluded that zinc oxide is a safe, inexpensive and effective skin agent. Let's do a deeper dive and check the source data as it relates specifically to acne.

Zinc salts are believed to have the potential to improve acne by any one of the following mechanisms:

However all of this relates to zinc salts such as sulphates and not zinc oxide per se.

There is one human clinical trial of interest looking at zinc oxide for acne.

A total of forty-one subjects completed a double-blind controlled randomized study comparing: chloroxylenol plus zinc oxide cream versus  5% benzoyl peroxide cream versus  a vehicle cream (5). Both active treatment arms outperformed the placebo arm but this is hardly proof that zinc oxide is the answer to acne.

There is no compelling scientific proof that zinc oxide (as opposed to other forms of zinc) can help acne.

There are a number of clinical studies in this area.

A total of 54 infants with diaper dermatitis were randomly allocated to zinc oxide paster, steroid or eosin (6). Following 5 days of treatment the rate of complete healing was non-statistically higher in the eosin as compared to the steroid or zinc arms of the study.

Another study in 46 children with irritant  diaper dermatitis caused by acute diarrhoea showed that dexpanthenol plus zinc oxide resulted in a non statistically significant reduction in transdermal water loss (7).

The end-point of the study was defined as clinical plus microbiological cure. Microbiological cure was defined as eradication of the candida infection which was confirmed by taking fungal swabs. There was a statistically significant difference between the endpoints between the two study arms with the miconazole plus zinc arm outperforming the zinc arm. The authors concluded that miconazole was more effective than zinc oxide for the treatment of diaper rash complicated by fungi.

No All Bimbi Pasta Trattana is a proprietary combination of zinc oxide, vitamin E and panthenol (9). Researchers in Itlay showed that No All Bimbi Pasta Trattana applied at every nappy change was 'effective and well tolerated' in the treatment of nappy rash. Unfortunately, the article is only available in the Italian language which means that we cannot evaluate the source data for ourselves.

HBS standards  mandate that any potential sources of conflict of interest (when dealing with a proprietary product) and the original statistics need to be reviewed. Authors who say that a proprietary brand is 'effective and well tolerated' in a abstract cannot be taken at face value. 'Effective' may or not make the cut for 'statistical significance' and they are not interchangeable terms.

Researchers from Proctor and Gamble published a paper looking at a novel disposable diaper that delivers a zinc oxide petroleum to the skin (10). A total of 268 infants were randomised to the new diaper of a standard diaper for four weeks. The study showed that the zinc oxide transferred effectively to the skin. Wearing of the formulation treated diaper was associated with a significant reduction in skin erythema and diaper rash as compared to the controls.

The study was published in 2001. As Proctor and Gamble have not launched this concept to market, we can assume that they were either underwhelmed by the study results or felt that the profit margins would be too low.

Despite a number of studies, there is limited scientific proof that zinc oxide help nappy rash.

Does it help bacterial infections? 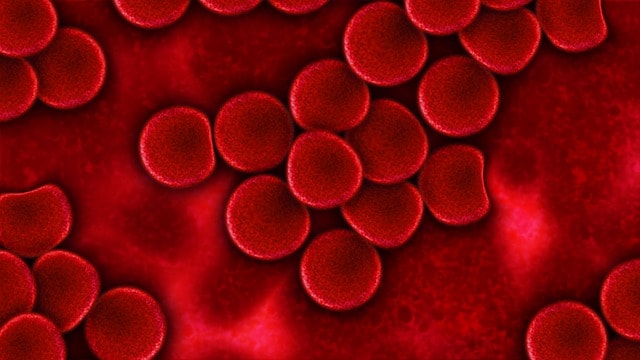 There are over 300 studies relating to zinc and bacterial infections. The vast majority of these relate to animal feeding.

Zinc oxide does not have a proven track record as an anti-bacterial.

Does Zinc Oxide Have Anti Aging Properties? Does It Heal Tissue?

A bi-metal (0.1% copper-zinc) cream was studied in 21 female patients with photo aged facial damage (12). Significant elastic fibre regeneration was seen following 8 weeks of treatment with the cream raising the possibility that copper-zinc creams are potential candidates for anti-ageing therapies. However this relates to zinc malonate and not zinc oxide.

Admittedly, this is a sub-optimal study to evaluate the effect of zinc oxide on healing tissue but is included here in view of the dearth of human clinical trial data on the subject.

Pebisut is a biological adhesive composed of naturally occurring carbohydrates combined with zinc oxide (14). An in vitro study carried out in Mexico evaluated the effects of Presibut on inflammatory cells and showed that Presibut treated cells release less pro-inflammatory mediators as compared to control cells.

The investigators concluded that these data suggest that Presibut may have a beneficial effect during wound healing associated with excessive inflammation.

A pilonidal sinus is a hole (sinus) in the skin at the cleft of the buttocks (15). It can become infected and painful and may require surgical intervention. A study in Denmark evaluated the effect of topical zinc oxide to placebo mesh on secondary healing (where a wound is not sutured closed but allowed to close naturally).

A total of 64 consecutive patients were randomized to either 3% zinc oxide or placebo. The researchers used intention-to-treat statistical analysis which is the gold standard for statistical analysis. The zinc oxide group has a non-statistically significant decrease in healing time and isolation of Staph aureus from wound cultures. It is worth noting that the presence of Staph aureus in wound cultures does not necessarily mean that the wound is infected.

Skin and wounds can just be carrying bacteria such as Staph aureus which is known as colonization. There was a statistically significant decrease in antibiotic use in the zinc oxide treatment arm suggesting that Staph aueus was causing skin and soft tissue infection and was not just colonising the skin. The results of this study raise the possibility that zinc oxide may exert a wound healing effect by acting as a local anti-bacterial agent.

There is no definitive proof that zinc as an oxide (and used alone) can help reverse the signs of ageing or help wound healing.

There is very little published on the safety profile of zinc oxide. A comprehensive review paper has raised concerns about potential neurotoxicity with zinc oxide and absorption of zinc oxide may vary depending on the condition of the skin (16).

How do we reconcile the lack of science with the fact that zinc oxide is a trusted everyday household product?

Firstly, there is enormous confusion between different formulations of zinc. This is totally understandable when people don't have a scientific background and lead crazy busy lives.

We can say that no one knows for sure.

So next time you hear the voice over for some zinc oxide ad that says 'clinically proven', you will know that this is simply not true.

How then can marketers make these outlandish claims? Easy - you systematically go through every study/care report/ opinion piece on zinc oxide until you find one that supports the claim and hey presto it is legit.

Based on what you have read in this article you can decide whether or not zinc oxide is for you and your family.

Personally, I don't care for the chalky white texture of zinc oxide and am underwhelmed by the data and so will pass on this one.