Most people nowadays prefer their steak to be cooked to varying degrees of doneness, ranging from medium-rare to rare, giving the meat a good texture and flavor. However, if you're looking to try your steak in a whole new way, you might want to order it blue. But what exactly is blue steak, and what makes it different? 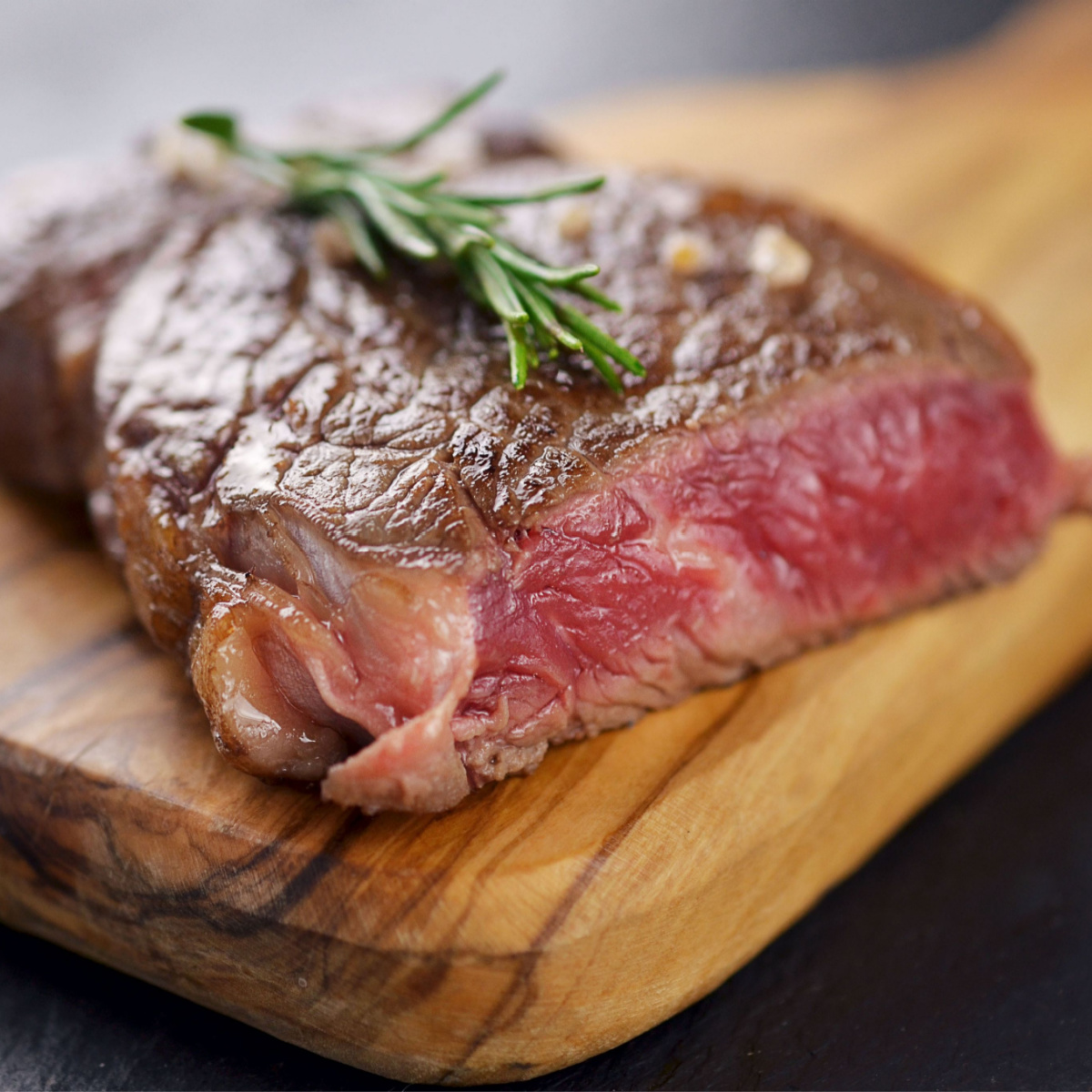 Simply put, blue steak is beef that has been cooked for such a short time that the outside is seared but the inside is nearly raw. There are many theories as to where it got its name, but no consensus.

If you're thinking about trying blue steak for yourself, take a moment to learn more about this unique cooking method.

Have you ever hesitated after placing your order at the local steakhouse, and your server asks you, "How do you want that done?" What they're referring to with this question is the steak doneness scale, which sets clear guidelines for the variations in your steak's finish.

Traditionally, there are five levels: rare, medium-rare, medium, medium-well, and well-done, which range in color from pink in the middle to brown all the way through. However, blue steak goes beyond even rare, with an inside that's so underdone it hasn't even turned pink yet. Usually, it has a deep purple-red color and a firm texture.

Why is It Called Blue Steak?

There are actually different theories to explain how blue steak got its name. One of the most common is attributed to the color of the meat when it's cut open. While it's not blue exactly, it does lean toward a cooler shade of purple that is distinct from what you see in a rare or medium-rare steak.

Some people think the name comes from the fact that the interior of a blue steak is cool. Others believe that it refers to the color of the oils when searing a steak.

Finally, there are those who believe it derives from an old French cooking term used to describe a method of cooking fish. "Au bleu" requires the chef to cook the fish while still alive, resulting in a bluish color.

How Rare is Too Rare Steak?

Raw meat has the potential to carry E. coli and other harmful bacteria, which leaves many people rightly concerned as to whether it is safe to eat blue steak at all. Since it's the cooking process that kills the bacteria, isn't it safer to ensure your meat is cooked as thoroughly as possible?

However, as long as it's prepared properly, blue steak is safe to eat. Doing so requires the chef to pay careful attention to the internal temperature of the meat. 115 degrees Fahrenheit is the ideal temperature to kill the bacteria that have collected on the exterior of the steak while still keeping it blue on the inside.

Technically, the safest way to serve meat is at an internal temperature of 140 degrees Fahrenheit. While this is true, the risk of contracting foodborne illnesses from blue steak is relatively small since most of the bacteria live on the outside of the cut.

In addition to the internal temperature, chefs follow general food safety guidelines. By sterilizing cooking tools, keeping cooking areas clean, and searing the steak well, the risk of infection can be reduced. It's also important to use meat that's as fresh as possible.

Cooking blue steak the right way is all about paying attention to detail. Though if you follow this step-by-step process carefully, you should have the perfect finish on your cut of meat.

When cooking steak, the prep is just as important as the cooking. Make sure to take yours out an hour ahead of time and allow it to come to room temperature before cooking. Then pat yours down with a kitchen towel until the excess moisture is gone, and then coat both sides with salt and pepper.

Once your steak is ready to go, it's time to cook. You can use a pan on your stovetop or a grill. Either way, you'll want to turn the heat to full blast to sear the outside quickly without overcooking the inside. When it's up to temperature, sear your beef for a minute on each side. Then, use your tongs to let it cook on the edges too.

When it's done, take it off the grill and check the internal temperature. You're looking for 115 to 120 degrees Fahrenheit. If it's lower, throw it back on the heat for another 30 seconds per side.

When you have the perfect finish and internal temperature, you can rest your steak. This will allow the meat to reabsorb its juices, keeping it moist and tender. Give it 5 to 10 minutes, and then you can serve and enjoy!

Which Cut of Beef is Best for Blue Steak?

Normally, the fat marbling in a cut of beef melts during the cooking process. However, when cooking a steak blue, the meat doesn't get as hot, which means not all of the fat has a chance to render. Because of this, it's best to choose relatively lean cuts that won't leave you with a mouthful of uncooked fat.

Perhaps the best cut for blue steak is the tenderloin. It comes from the loin of the cow, which is very low in fat and also very tender. This gives it the perfect combination for blue steak, as it will taste great with a nice chew.

Unlike the tenderloin, flat iron steaks come from the shoulder area of the cow. After tenderloin, it's the second-most tender cut of beef. While they have, in the past, been known as a lower-quality cut of beef, they are actually delicious and have a nice, firm bite.

The sirloin tip comes from the back leg of the cow, which is also called the cow. It's not quite as tender as flat iron or tenderloin, but it is low in fat while still offering plenty of flavor. Both qualities make it perfect for blue steak.

Are bleu steaks the same as rare?

Rare and bleu each have their own level of doneness. Typically, a rare steak is defined as having a center that is about 75% red and 25% pink. A blue steak is considered "extra rare," which means it has an even higher proportion of red inside.

Whether or not blue steak is actually healthier depends on your diet preferences. A steak that has been cooked longer will also have less fat, meaning a bleu steak will have a higher fat content. However, bleu steak usually uses leaner cuts anyway to compensate.

Grass-fed beef also has higher amounts of omega-3 fatty acids. This kind of beef sears well and keeps its fattiness, so a bleu steak will have a higher amount of these healthy fatty acids when it gets to your table.

Contrary to popular belief, a bleu steak isn't completely raw inside but is slightly cooked. The texture is different from a typical medium-rare steak, but it wouldn't be called chewy. It is soft and very tender, with a nearly sponge-like texture.

Does blue steak have blood in it?

The juice you see coming out of your steak may look a bit like blood, but it actually isn't. It's actually mostly water as well as a protein found in muscle tissue called myoglobin.