Vitamin B12 is pretty much a standard ingredient in multi-vitamins and many fortified foods. According to health food bloggers, vitamin B12 offers a wide range of health benefits including brain functioning, cancer, digestion, cardiac health, diabetes and mood.

Are these claims evidence based and if so, do we need to increase our vitamin B12 intake?

What Is Vitamin B12?

Vitamin B12 is a water soluble vitamin which is essential for human health and well-being. It contains the metal cobalt and is often referred to as cobalamin.

It plays a key role in: 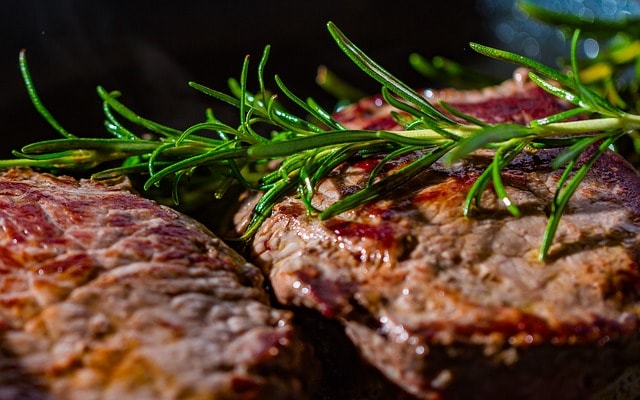 Vitamin B12 was discovered over 100 years ago and has been the subject of two Nobel Prizes. George Whipple, George Minot and William Murphy demonstrated that B12 containing liver could reverse pernicious anemia (which is a manifestation of severe vitamin B12 deficiency) and won a Nobel Prize in 1934. Dorothy Hodgkin won a Nobel Prize in 1964 for work on intrinsic factor which is a glycoprotein made by the stomach that forms a complex with vitamin B12 and promotes its absorption.

Can You Get Vitamin B12 From Food?

The average daily recommended intake of vitamin B12 is 2.4 mcg for adults (which is less than the amount found in many multivitamin preparations).

Typical vitamin B12 content of popular foods (per average serving size) are as follows:

Can You Be Deficient?

It is estimated that up to one third of Americans may be deficient in vitamin B12. The target range for vitamin B12 is debated but is of the order of 300 ρg/ml or 221 ρmol/L.

Risk factors for vitamin B 12 deficiency include:

Clinical features of vitamin B12 deficiency vary according to the severity of the deficiency:

In medical school we are taught about Lhermitte’s sign (also known as the barber chair sign) which is electric shock like sensations on flexion of the cervical spine which is seen of vitamin B12 deficiency and other disorders. 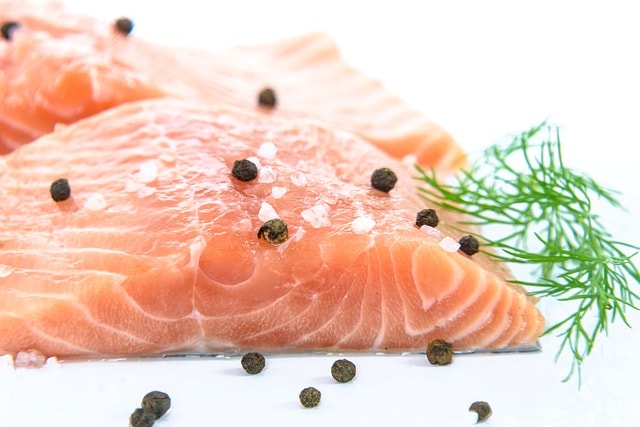 Replacement of vitamin B12 deficiency is considered urgent in the following patient groups:

An interesting paper from 1966 found that the observed to expected prescription of vitamin B12 in the UK range from 3:1 to 20:1 i.e. we are totally overdoing vitamin B12 prescriptions(1).

Does It Help Prevent Anemia?

Once a diagnosis of macrocytic anemia is made, the next step is to order tests to measure vitamin B12 and folate levels. The following is really important and is hammered into every medical students head at a very early stage.

Vitamin B12 is important in the prevention and treatment of macrocytic anaemia and must be replaced prior to folate replacement in order to prevent severe neurological sequelae.

A landmark paper was published in 2012 from a group of Australian investigators (3) . They did a systematic literature review of the relationship between cognitive impairment and vitamin B12.
The study found that vitamin B12 levels in the subclinical low-normal range (< 250 ρmol/L) was associated with Alzheimer's disease, vascular dementia, and Parkinson's disease. More severe levels of vitamin B12 deficiency (<150 ρmol/L) was associated with cognitive impairment.

Vitamin B12 supplements administered orally or parenterally at high dose (1 mg daily) were effective in correcting the biochemical deficiency. The story does not end there. Improved cognition was only seen in patients with pre-existing vitamin B12 deficiency (serum vitamin B12 levels <150 ρmol/L).

Vitamin B12 supplementation has only been shown to improve cognition in people with baseline serum vitamin B12 levels <150 ρmol/L.

Does It Boost Mood? 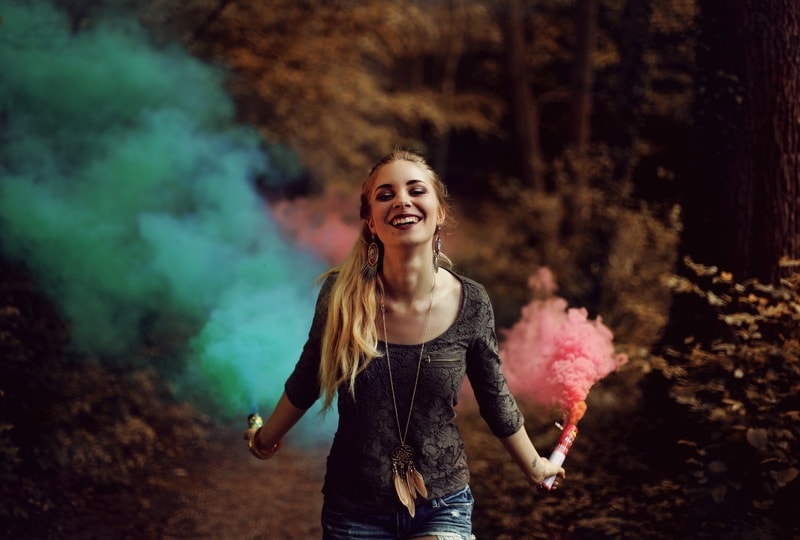 A 2015 systematic review and meta-analysis of randomized placebo-controlled trials of folate and vitamin B12 for depression identified 269 relevant papers (4). Only 11 of the 269 papers met the inclusion criteria for the systematic review.

Overall, treatment with folate and vitamin B12 does not decrease the severity of depressive symptoms in the short-term (days to weeks). However, more prolonged consumption (weeks to months) may reduce the risk of relapse or first episode in at risk populations. However this was based on a small number of studies.

Long term vitamin B12 supplementation may benefit people who are at risk of depression.

Is It Good For Skin And Hair?

It is probably easiest to divide the relationship between vitamin B12 and skin and hair into two distinct categories:

vitamin B12 as a treatment for skin conditions.

There are a handful of studies looking at vitamin B12 as a treatment for non-deficiency related skin conditions.

A study of 21 children with eczema showed that vitamin B12 cream was superior to placebo cream at 4 weeks (6).

Vitamin B12 can reverse the signature skin and nail changes associated with deficiency states and there is limited emerging information that it may help in a select number of dermatological conditions. There is no suggestion that super-supplementation can lead to glossy hair and flawless skin in the general population.

Is It Helpful During Pregnancy? 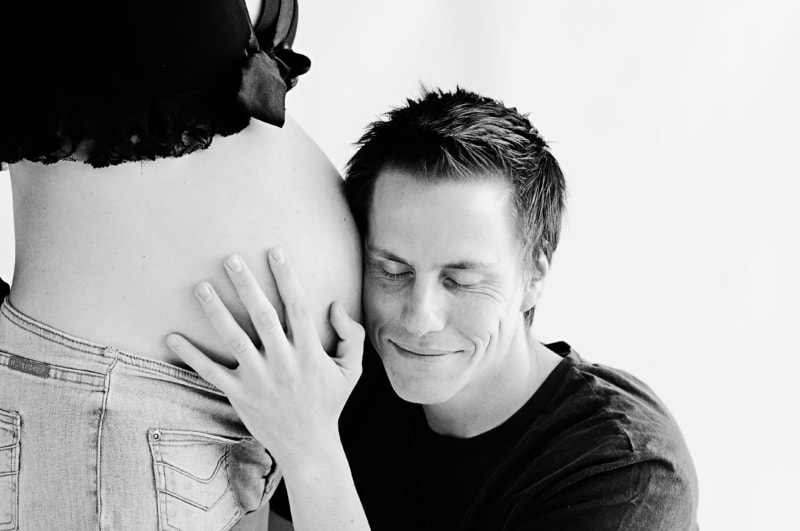 Vitamin B12 crosses the placenta and is found in breast milk. Vitamin B12 deficiency may be associated with infertility and recurrent miscarriage (8).

Does It Aid Digestion?

There is nothing in the published literature on this topic.

There is no science to support a role for vitamin B12 as an aid for digestion.

Does It Help Prevent Cancer? 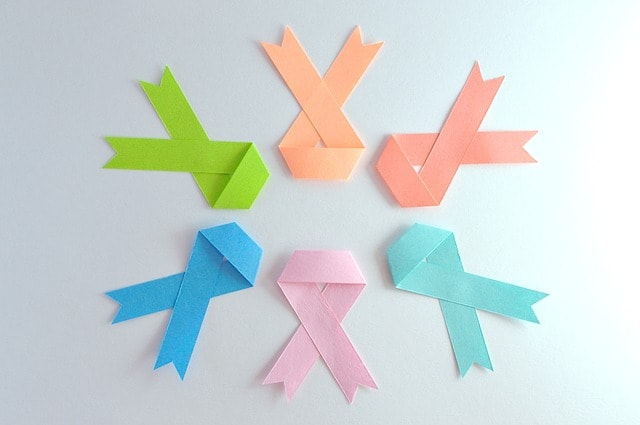 A 2007 case-control study in Cancer Research looked at the relationship between cancer and vitamins B6, B12, folate and homocysteine (11).

Among 831 participants, plasma levels of folate, B6, B12, and homocysteine were not associated with a significant reduction in the risk of pancreatic cancer. Among participants who obtain these factors exclusively through dietary sources (as opposed to vitamin supplementation), there may be an inverse relation between circulating folate, B6, and B12 and risk of cancer.

There is no convincing evidence to connect vitamin B12 and cancer prevention.

Is It Good For Heart Health?

The combination of vitamin B12 plus folate is known to lower levels of homocysteine. Homocysteine levels are directly associated with the risk of heart disease.

A double-blind randomized controlled trial of 12,064 survivors of myocardial infarction in secondary care hospitals in the United Kingdom was carried out between 1998 and 2008. Study participants were allocated to either 2 mg folic acid plus 1 mg vitamin B(12) daily or a matching placebo (12).

A 2017 Cochrane review found no differences in effects of homocysteine-lowering interventions in the form of supplements of vitamins B6, B9 or B12 given alone or in combination compared with placebo on myocardial infarction, death from any cause or adverse events (13).

Oddly, some less than credible blogs claim that vitamin B12 helps heart health and they use this 2017 Cochrane review as the supporting reference. Yet, this Cochrane review is overwhelmingly negative. Sorry bloggers, you certainly never had us at 'ola' and not even at 'Cochrane'.

Due to a lack of positive data, the American Heart Association does not recommend vitamin B12 for heart health.

Vitamin B12 is used as an antidote for cyanide poisoning (14).

Laboratory confirmation of cyanide poisoning can take too long and it is usual to begin life-saving empiric treatment based on clinical suspicion. Vitamin B12 is readily accessible and has a good safety profile which makes it a popular choice for cyanide poisoning especially out of the hospital setting.

A prospective study was done looking at vitamin B12 in  69 patients with cyanide poisoning (mean age 49.6 years; 33 men), of whom 39 were comatose (15). Out-of-hospital deaths were excluded. An intravenous infusion of hydroxocobalamin 5 g (maximum 15 g) was given at the fire scene or in the ICU in this observational case series conducted from 1987 to 1994. Empiric administration of hydroxocobalamin was associated with survival among 67% of patients with confirmed cyanide poisoning.

Vitamin B12 is used in the empiric emergency care of suspected cyanide poisoning.

Is Vitamin B12 (and or Supplementation) Safe?

Vitamin B12 can be administered orally, intranasally, intramuscularly or intravenously.

Parsing the available data and applying some common sense, it seems reasonable to conclude that we all need a regular intake of vitamin B12 to promote the healthy functioning of our bodies.