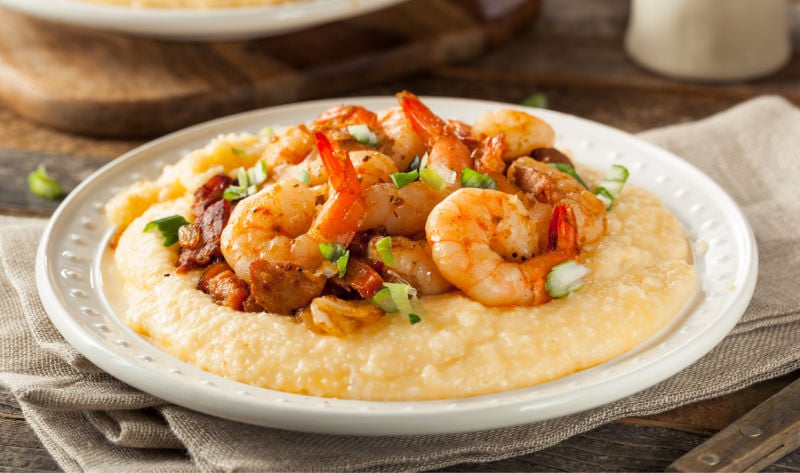 Grits is a smooth, thick porridge that is made by boiling cornmeal. If you’ve made a pot that hasn’t been eaten, you may be wondering what to do with it. We’ve pulled together a selection of delicious uses for leftover grits, so now there’s no excuse for tossing it out.

What are the best uses for leftover grits?

If you’ve got leftover grits in the pot, use them to make savory cakes, sweet bites, dumplings, oven bake, or stuffed peppers. You can also freeze them for up to 6 months in an airtight container for later use.

The most popular way to use cooked grits is to turn them into a Southern classic, grits cakes. They’re made in much the same way that Italians turn leftover polenta into fried cakes.

To make grits cakes, scoop the grits into a suitably sized tin and allow to cool overnight. They’ll harden, allowing you to slice into pieces. You can cut them into any shape, but 3” squares are a good option. Grits chips make a great burger sidedish, paired with cool beer.

Fry the cakes in a skillet with plenty of butter until golden brown on the outside and heated through. You could also coat the cakes in a breading mix and deep fry instead of pan frying.

Breakfast grits are delicious topped with your favorite seasoning and sauce. Serve with cheese, fried eggs, and meat like bacon, ham, pulled pork, or shrimps.

Related reading:
How many slices of bacon in a pound?
What are the differences between bacon and pork belly?

If you’ve cooked plain grits without any savory flavors added, then use the unwanted remains for a sweet snack. Sweet bites make tasty snacks that have a similar flavor to popcorn.

Allow the grits to chill in the fridge on a sheet tray until firm, then slice into bite-sized squares. Next, roll each piece in sugar and use a cook’s blow torch to caramelize the outside of each one.

If you don’t own a torch, then place them in the oven and broil until golden on the outside.

Dumplings are an excellent use for leftover grits. You can take a recipe for ricotta dumplings like this one and replace the ricotta with cooked grits.

You may need to experiment with the ratios to get the consistency just right. Some cooks prefer to use a 2:1 ratio of grits to flour, which means you’ll need to add a little more grits to the recipe above.

Casseroles are one of the best ways to use up unused vegetables along with surplus grits. To make this recipe, smash the grits into a greased baking dish, using them as a casserole base.

Next, finely chop up vegetables like leeks, carrots, onions, and celery, then toss into a bowl.

Whisk in some eggs, grated cheese, and milk then pour over the grits. Bake for 45 minutes at 350°F or until the vegetables are soft and the top is golden brown.

Interesting reading:
How do I freeze leeks?
What do leeks taste like?

Peppers are excellent stuffed, but you could also use veggies like marrow, sweet potato, or tomatoes. Simply toss diced onion, shallots, sausage pieces, and bacon bits into a frying pan and cook on a medium-high heat until browned off. These ingredients can be mixed with warm grits and used as a vegetable stuffing.

If you decide to stuff sweet potato, then keep in mind they take longer to cook. So, you’re best to bake them for 20 minutes or until soft, then stuff them.

We’ve never made muffins with leftover grits, but that doesn’t mean you can’t. We found this recipe which looks the goods. They used cheese and chives, but you could also try a cup of frozen vegetables or grate in some zucchini.

Grits are a tasty addition to waffles. Follow this mouth-watering recipe and add a cup of grits before cooking in a waffle maker.

If you’re going to get creative adding new ingredients to your waffles, go all out on the toppings too. Peanut butter and marshmallow fluff, or mac n cheese are two possibilities.

Want a healthy snack or crispy garnish for dinner? Tuiles are a good choice. These aren’t your classic tuiles, made from egg whites and flour.

Instead, smear a thin layer of surplus grits on a non-stick baking liner, such as a Silpat. Place in the oven on a low heat and cook until dry, then deep fry until crispy.

These may be the perfect accompaniment for beer?

Grits make a decent sauce if you heat them a small saucepan with chicken stock. Cook on a medium heat until simmering, then remove from the heat and stir in cream.

The resulting sauce is light but adds extra flavor to dishes. Bring out your inner chef and streak this sauce over the plate then add a protein like sirloin, hanger, or skirt steak.

Omelets are a quick and easy dish for any time of day. Although fried potato is a delicious filling, you can also use grits. Mix in sauteed onion, leeks, ham, black olives, and cheese for the ultimate meal.

Homemade pies topped with fluffy mashed potato are a quick and easy mid-week meal. Next time you make one, replace the potato topping with grits and a handful or two of grated parmesan or hoop cheese.

If you’re unsure what type of pie to make, a traditional Shepherd’s pie or tuna bake are our recommendations.

Grits are a great addition to bread, and you’ve got more than one option:

If all else fails and you don’t want to make anything on this list, then freeze the leftovers for another time. Scoop the grits into an airtight container and freeze for up to 6 months. You can also refrigerate them for 5-7 days. 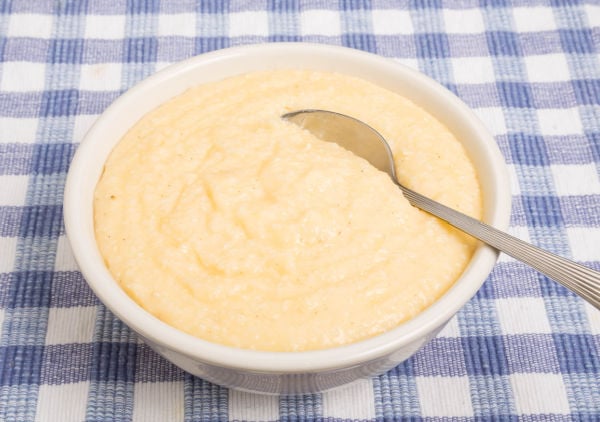 Need suggestions for other types of leftovers?

Fight the war on food waste with some of these resources:

It’s easy to cook too much grits, but thanks to this list of ideas, you’ll never have to waste any again. Although they’re all tasty options, the most common way to use the leftovers is to fry grits cakes. Many Southerners prefer them over the original dish. The soft insides and crispy golden exterior are excellent served alongside other fried foods.