The Squatty Potty is a simple device that claims to help people defecate more easily and more fully. It's creators also allude to health benefits from it's use, such as a “healthier colon”. Unfortunately, in reviewing scientific research done on body position during defecation we found only poor quality, highly limited studies, and one study of a slightly higher quality which demonstrated no link between body position and ease of defecation. Despite it's claims, there is no evidence to suggest that a Squatty Potty will help you “poop better”.

The Sitting Vs Squatting Debate

Squatting and sitting are the most common positions for defecation, but is one better than the other?

The pooping jury is still out on this as the debate has crossed over different cultures for many years. The squatting position (e.g. sitting over a hole in the floor) is commonly preferred in the Arabic, Chinese, Indian, and Asian cultures. Whereas, in the westernized cultures there has been the advent of the raised toilet.

The creators of the Squatty Potty believe there is no debate.

Squatty Potty is a small stool that you place under your feet in front of your toilet in order to raise your legs to the pretend position of squatting, because apparently defecation is more easily achieved by squatting than by sitting.

They would say you can poop better, and that their device that will help you do it..

What Does Squatty Potty Claim?

According to the Squatty Potty website, squatting is the better option because sitting on your toilet gives you the following 5 problems.

Who would have thought that sitting on your toilet causes all of those problems? Am I to believe that if I use Squatty Potty I will have less likelihood of ever developing these health problems?

Reviewing The Claims of The Squatty Potty 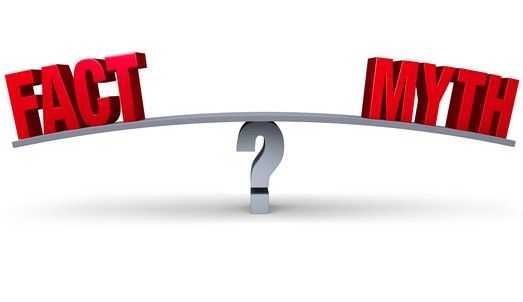 For this review I will focus purely on the health claims stated only by the Squatty Potty website (http://www.squattypotty.com). After reading the website for about 30 seconds the first thing I noticed (which is my absolute pet hate), is that the website often makes claims without citing the source of the study or health statistics. Let me show you what I mean with these few examples.

“A 2008 study by Kaiser Permanente published in Obstetrics & Gynecology found that one-third of women suffer from one or more pelvic floor disorders.” – no reference!

“Many studies point to fecal buildup in the colon as a cause of diseases including colon cancer.” – no reference!

“Squatting can help reduce episodes of urinary tract infections in both frequency and intensity.” – no reference!

But let's forgive them that poor practice and keep listening. What are Squatty Potty implying here? Let's ask some relevant questions...

Second, if fecal buildup is supposedly associated with diseases such as colon cancer, what does that have to do with Squatty Potty? Are they wanting me to make the psychological link that using the Squatty Potty will reduce my risk of having colon cancer? Maybe. But it would be more responsible to please show me the statistics on colon cancer across the world and whether this changes according to the cultural differences in the preferred defecation positions... but I don't imagine that data exists.

Third, if you make a claim such as “squatting can reduce episodes of urinary tract infections” then at least provide a cited reference to support it.  I  reviewed the three studies the website directed us to in order to support their claims, but none of them investigated urinary tract infections, nor any of the other 4 problems they suggested were caused by sitting on a toilet to defecate.

But it’s not just about citing/referencing your claims, it’s also about providing consistent information. For example, have a look at these two non-cited excerpts from the website.

“The National Institutes of Health (NIH) defines constipation as having fewer than three bowel movements per seven days. According to the NIH about four million Americans suffer from constipation.” – no reference!

“The National Institutes of Health estimates that 4-10 million Americans have chronic constipation (defined as having a bowel movement less than three times per week), and as many as 63 million people are suffering at any time from occasional constipation.” – no reference!

If you’re going to quote these numbers then at least get it right, and cite the source.

Let’s now look at where the website provides us with the ‘empirical evidence’ (sounds fancy doesn’t it!) that squatting is better for you.

The Squatty Potty authors list three studies (and provide the links to the studies – which is good) to prove their claim that defecation could be more easily achieved by squatting than by sitting.

These three studies however, are of extremely poor quality, and do not provide any sufficient evidence to suggest that squatting (versus sitting) improves defecation.

Furthermore, they provide no evidence that using a product such as Squatty Potty improves defecation.

Quickly before looking at these studies. As you continue reading, think about this...

The website shows pictures of a series of figurines in three different defecation positions.

So the squatting position commonly preferred in the Arabic, Chinese, Indian, and Asian cultures for thousands of years is  considered “Too natural” (whatever that means!).

Ok, keep that in mind and let's continue.

Based on the average measures across each of the 3 sitting positions, they report that anorectal angle was larger and abdominal pressure was lower during defecation in the squatting position, and these factors assist in defecation being easier.

However, there are some major flaws to this study.

Before I discuss these limitations, I will first explain what the six volunteers had to do.

They filled the volunteers’ anorectum with a ‘contrast medium’ and asked them to defecate it out whilst in the normal sitting position as various measurements were being recorded. They then repeated this procedure two more times with the legs at 60 degrees (slightly raised), and 22.5 degrees (squatting position) respectively.

These 3 defecation positions were performed all during the same morning one after another.

Bottom Line: This study does not provide credible evidence that defecation position has an effect on anorectal angle size or abdominal pressure during defecation.

The second study was among 30 Iranian patients (21 male/9 female) referred for a barium enema (Rad, 2002). The patients were asked to defecate using two different types of toilets, 1) an unraised, ground-level style toilet which is common in Iran, and 2) a toilet bowl with an attached tank style, which is common in European/Western countries.

The outcomes compared across these two methods of defecation were the anorectal angle, distance between perineum and the pelvic floor, and ease and completeness of evacuation.

The 2 bowel movements from each patient were performed on the same day at the clinic. Results showed that when using the Iranian-style toilet (e.g. squatting) the anorectal angle was wider, and there was a larger distance between the perineum and the horizontal plane of the pelvic floor, which are both meant to help improve defecation.

But wait – remember I told you earlier about the images of the defecating figurines?

Well based on that image, the website says that the position tested in this study for defecating (e.g. using the Iranian-style toilet) is “Too Natural”. Not what Squatty Potty recommends.

But put that aside too while we look at the extensive limitations of this study...

Bottom Line: This study contributes the equivalent of nothing to the discussion of body position and the ease or effectiveness of defecation.

The last study listed on the website compared the straining forces applied when sitting or squatting during defecation (Sikirov, 2003).

The study was among 28 volunteers (14 female/14 male) with ‘normal bowel function’. They recorded and analyzed, 1) the time needed for sensation of satisfactory emptying, and 2) subjective impression of the intensity of the defecation effort.

The study concluded that the time needed for sensation of satisfactory emptying, and degree of subjectively assessed straining was much lower when squatting, suggesting that the squatting position is better.

Bottom Line: This study has not been carefully carried out, and given it's flawed methodology and incomplete reporting, it can't be said to provide evidence supporting the claim that defecation position has an effect on ease or effectiveness of defecation.

We have to remember that there wouldn’t be much research published on this topic for the simple fact that it is difficult to recruit volunteers for such studies, and because society is not too concerned about the type of toilet they use on a daily basis.

However, I did find one other study that is not listed on the website, and we know why – because it reports no association between squatting and less straining during defecation.

Fecal incontinence may be the result of a stretch-induced injury to the pelvic nerves from chronic straining during defecation (ref),  and it  suggested that this condition occurs less frequently in societies which prefer the squatting position.

Results showed that “there was no significant difference at rest or on straining between the sitting and squatting positions. These results show that squatting does not reduce pelvic floor descent during defaecation straining, and imply that squatting would not help reverse stretch-induced pudendal nerve damage.”

Conclusion: Is The Squatty Potty To Be Taken Seriously?

I understand that some people may prefer to squat versus sit while pooping, and that is totally ok as no one is arguing about peoples’ preferences in something that is very personal.

While there are cultural differences across the world in the preferred defecation positions, there is very little evidence to suggest that these differences (e.g. sitting or squatting) influence the ease or effectiveness of defecation or influences the particular adverse health outcomes that Squatty Potty alludes to.