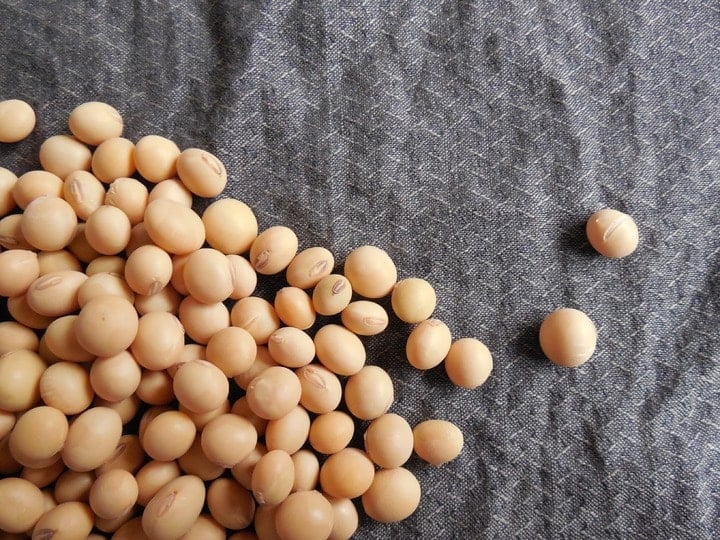 "Take soy lecithin" as an example, she explained. "It is getting celebrity status outside of Japan." She went on to explain "My worry here is that one of two things will happen. Either soy lecithin will be over-romanticized as an exotic cure-all or it will be medicalized and only sold as a prescription medicine. Why can't we keep things simple and remember that it is just a bean."

She is right about the whole celebrity status part. Currently, soy lecithin is promoted for a range of medical conditions including Alzheimer's Disease, heart disease, weight loss, enhanced memory, and eye health.

What exactly is soy lecithin and is it just a bean?

What is Soy Lecithin?

Lecithin is a form of fat that is found in the cells of all organisms. It was first identified by a pharmacist in Paris back in 1845 and was named after the Greek for egg yolk "lekthios."

Soy lecithin is lecithin derived from soybeans as opposed to other sources of lecithin such as eggs, liver, peanuts.

(So technically speaking, it is just a part of a bean).

Biochemically speaking, lecithin is a mixture of phospholipids.

One of the unique selling points of phospholipids, in general, is the presence of a phosphate group which gives these compounds the ability to dissolve in both water and oil. This is a huge advantage. Essentially, the chemical structure of phospholipids makes it suitable as an emulsifying agent ie something that helps oil and water to mix together.

Phosphatidylcholine is one of the phospholipids from lecithin. As the name suggests, it contains a choline molecule.

Choline is a vitamin-like essential nutrient which is critical for the healthy functioning of the body (1). Our livers can make small amounts of choline but we depend on our diet to supply us with adequate amounts of choline to keep up strong and healthy.

So putting all this together, phosphatidylcholine has the phosphate molecule which gives it the ability to dissolve in oil or water and it is a source of choline.

Phoshphtidylcholine has multiple uses in the manufacturing industry. As mentioned above, it is an emulsifier.

Soy lecithin is a source of polyunsaturated fatty acids which raises the possibility that it might be good for cholesterol management.

I have two major reservations about this study.

Firstly, the stated aim of the study in the paper was written as follows "the objective of this work was to show that fat-free, lecithin-formulated soy stanols lower cholesterol absorption and serum LDL cholesterol." In scientific research, we are supposed to keep an open mind and to look to see "if" something happens. We are not supposed to set out to prove something or show what we want.

My second reservation about this study is the fact that all of the authors are employees of a private company with a vested interest in the research. The odd thing here is that private companies who do independent research know that academia and the general public are suspicious of conflict of interest.

Given that fact, I am surprised that the authors of this paper did not make a huge effort to at least appear neutral about the aim of the study. The combination of the overtly biased study aim along with the involvement of the private sector makes me uncomfortable with this study.

Does it Help Boost Immunity? A study in diabetic rats compared the addition of phosphatidylcholine to standard rat cuisine for seven days (5). Gourmet rat food.

Immune parameters in the rats' bloodwork and lymph nodes were monitored pre and post the study.

The phosphatidylcholine arm of the study showed a statistically significant increase in the functional capability of specialized white blood cells (macrophages and phagocytes) and in the total lymphocyte blood count.

Seriously, we can't honestly draw any meaningful clinical conclusions from rat based studies.

There is no credible clinical information on the immune effects (or lack thereof) of soy lecithin.

Is it a Good Source of Choline?

Way back in 1862, Adolph Strecker noted that heating lecithin generates a new substance which he called choline.

As mentioned above, we now know that structurally speaking phosphatidylcholine contains choline (plus phosphate plus two fatty acids plus glycerol).

Choline was first officially recognized as an essential nutrient in 1998 (6). Relatively speaking, this makes choline a new kid on the block. I am sure it was never mentioned in my undergraduate medical education.

A cup of soy flour contains about 201mg of choline which is about half of the recommended adequate dietary intake of choline for a non-pregnant adult (6).

They found statistically significant increases in blood and brain choline with all three sources of choline and there was no difference between eggs and soy.

Soy lecithin is a good source of choline.

Does it Help Deal with Physical and Mental Stress?

This is a fascinating topic.

The physical stress-induced increases in adrenaline, noradrenaline, adrenocorticotrophic hormone, cortisol, growth hormone, and prolactin. These hormones are all components of we call the "stress" or "fight or flight response." Pre-cycling administration of phosphatidylserine blunted this stress response.

Eating anything derived from brain material is not a great plan and can carry the risk of Creutzfeld-Jakob disease. So is there a way that non-zombies can blunt the stress response?

German investigators decided to try the same type of study but this time using plant-based sources of phosphatidylserine (9). They studied the effects of placebo or soy lecithin (phosphatidic acid and phosphatidylserine complex at doses of 400mg, 600mg or 800mg) on emotional and physical stress in 80 subjects.

The test methodology was interesting. It is called the Trier Social Stress Test. Study subjects are monitored while they are exposed to stressful situations. The test is divided into 3  x five minute sections.

The agony of this test is that subjects are unaware of the purpose of the test and the testers are trained to have poker faces.

Only after the 15 minutes are the subjects told that they have been deliberately exposed to stress. I have to be honest and say that I felt stressed even reading about this test.

There is some preliminary evidence to suggest that soy lecithin may help with physical and mental stress.

Does it Relieve Menopause Symptoms? 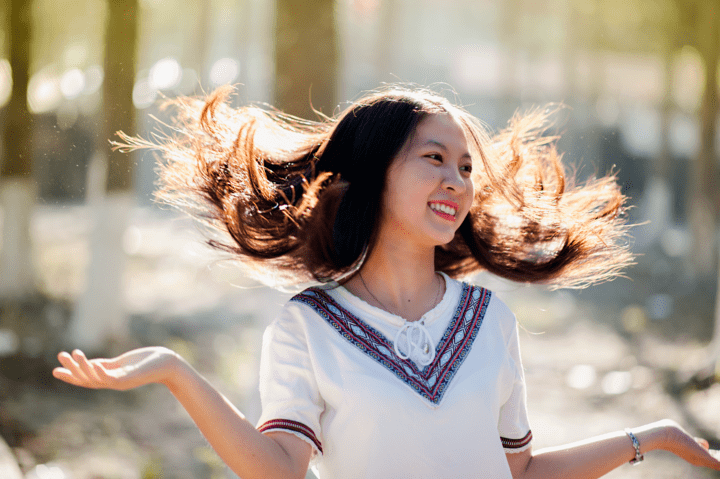 The following are hardly great studies for what most women complain of during the menopause. Here goes.

A US-based randomized, double-blind, cross-over design study looked at soy isoflavone, soy lecithin or placebo in 25 postmenopausal women (11). Soy isoflavone are flavanoids derived from soy. This was a study looking at vascular health. Vascular health is affected by blood lipids and the health of the lining of the blood vessels. They found that soy lecithin +/- soy isoflavone significantly improved lipid profiles but had no effect on endothelial function (the inner lining of blood vessels).

A total of 96 menopausal Japanese women who complained of fatigue were randomized to either placebo or phosphatidic acid and phosphatidylserine complex at doses of 600mg/day or 1200mg/day (12). Soy lecithin had no effect on fatigue but soy lecithin at a dose of 1200mg/day did result in significant improvements in vigor and reductions in blood pressure.

I find it hard to explain why there was no change in fatigue but there was a change in vigor? The survey tool used was the Profile of Mood States which includes measures of both fatigue and vigor. Other terms that are used in the questionnaire to assess "vigor" are alert, weary, exhausted, energetic, vigorous, and worn out. It just makes me question how 'clinically significant' this effect on vigor actually is?

There is no science to support a role for soy lecithin on typical menopausal symptoms such as hot flashes.

Does it Help Prevent Cancer?

Soy lecithin is used in the formulation of many medicines including chemotherapy (13). That hardly counts as cancer prevention but it has been included for the sake of completion.

A case-control study of almost 6000 women in Canada noticed that women who had ever used lecithin had a lower risk (especially in post-menopausal women) of breast cancer (14). The authors of the study state that the finding may be due to misclassification in the database or pure chance. The authors concluded that this study was useful for 'hypothesis -generation'. This was not even a full paper, just a letter to the editor. Again, hardly conclusive proof.

It is not possible to make any credible claims regarding cancer and soy lecithin.

Safety data from the studies quoted above show that soy lecithin is well-tolerated.

Side effects of lecithin include diarrhea, nausea and abdominal pain. Due to a lack of safety data, lecithin should be avoided in pregnancy and breast-feeding.

There are concerns that many soybeans are now genetically modified and that harsh chemicals are used to extract lecithin from soy beans which may limit the health benefits of products derived from these beans.

Additionally, there are so many different ways of preparing soy lecithin that it would be virtually impossible to guarantee that any particular soy lecithin product was safe for any individual with a soy allergy.

I know that Healthy But Smart is all about following the evidence but as the name suggests, it is also about being smart.

I take allergies seriously. "Smart" here means not just accepting evidence but evaluating it and doing a risk: benefit analysis.

Including soy as part of a balanced healthy lifestyle is fine but let's not fool ourselves that it is anything more than a bean.