Why the interest in Sarsaparilla?

Remember Sarsaparilla, the fizzy soft drink in a bottle? It may be what first comes to mind when I mention the word. Although now sometimes made with artificial ingredients, the beverage was originally made with the sarsaparilla (SAR) plant.

Nowadays, SAR is becoming more widely available in health food stores, with an array of tablets, capsules, and tincture products available. In naturopathic and herbal products, it is mostly combined with other herbs for its claimed tonic, detoxifying, and blood purifying properties.

In retail stores and products, it can be found as an ingredient in various herbal remedies made for skin disorders, libido enhancement, hormone balancing, and sports nutrition formulas. SAR tea, made using dried SAR root, is another common method of intake of this plant.

Historically, the SAR root has been used for centuries by Central and South America indigenous tribes, anecdotally for skin ailments, sexual impotence and as a general tonic for physical wellbeing. Medicine men in the Amazon have been documented to use SAR root, internally and externally, for leprosy and other skin disorders, like psoriasis.

New World traders are said to have discovered SAR used by South American tribes and introduced it to European Medicine in the 1400s. European physicians thought it to be a tonic, blood purifier, diuretic, and sweat promoter. In 1536, it developed a strong following as a cure for syphilis and rheumatism.

The earliest paper on SAR, that I could find, is entitled ‘On the Comparative Virtues of different Kinds of SAR’ – and is from the year 1823. (1) The next three papers, two from 1843 and the other from 1906, discuss SAR in the context of syphilis, in language suited to the era.

It was apparently registered as a syphilis treatment, in the U.S. Pharmacopoeia, from 1820 to 1910. In the 21st century, the U.S. Food and Drug Administration recognised SAR as nothing more than a flavoring for foods and drinks.

What Actually Is It?

Botanically speaking, SAR falls under the Smilax genus, which is a member of the lily family and has about 350 species worldwide. It is native to tropical and temperate parts of the world, such as South America, Jamaica, the Caribbean, Mexico, Honduras and the West Indies.

Visually, SAR is a prickly, woody vine that grows up to 50 m long, often high into the rainforest canopy. The name sarsaparilla (a.k.a. zarzaparilla), comes from the Spanish word zarza (bramble or bush), parra (vine), and illa (small) - “a small, brambled vine”.

Many species of smilax, around the world, share the name SAR and the two terms are often used interchangeably. They are also noted to be very similar in appearance, uses, and even chemical structure. Smilax varieties include S. officinalis, S. japicanga, and S. febrifuga from South America (Brazil, Ecuador and Colombia); S. regelii, and S. ornata from Mexico and Latin America; and S. glabra from China.

Medicinally, it is the root of the SAR plant that is used. It is long (spreading 6 to 8 feet),  tuberous and fairly tasteless. I was not able to find any credible information for any medicinal application of the leaves or other parts of the plant.

SAR contains a variety of plant steroids and saponins (12), with many of SARs actions being attributed to them. It also contains flavonoids, documented to have liver-protective qualities.

What is the Research Status? 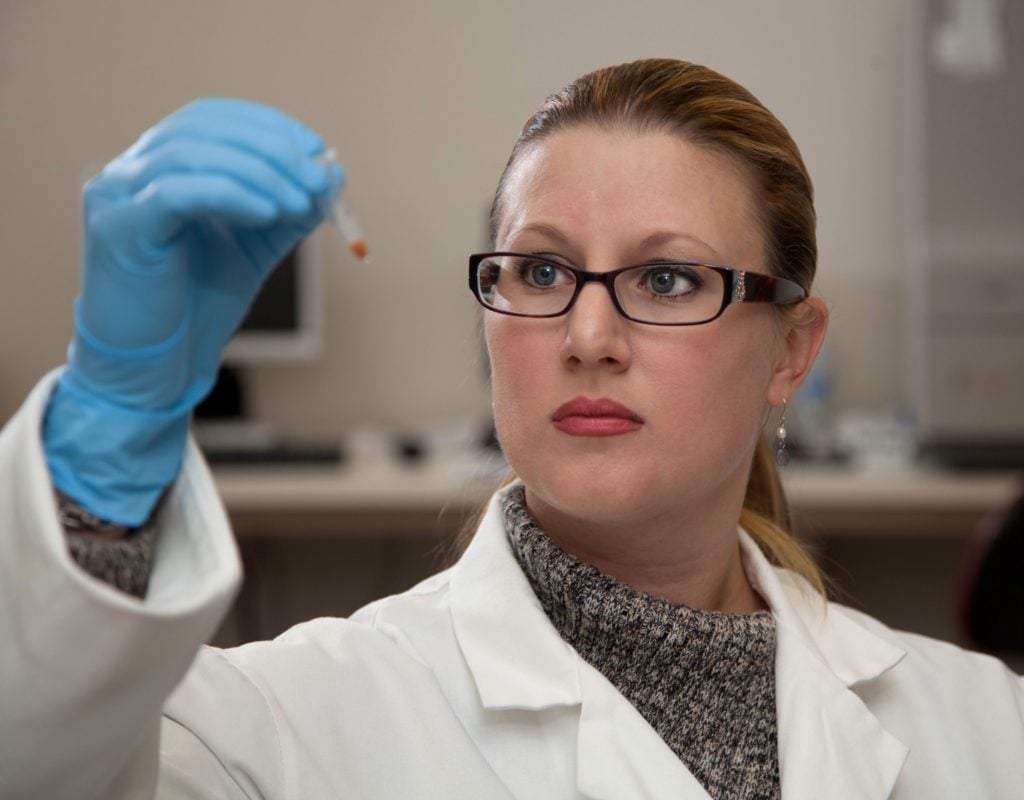 A PubMed search of the term ‘sarsaparilla’ or ‘smilax’, with no limits, yields a total of 307 papers, spanning from 1823 to 2017. Limited to the English language, it dwindles down to 251 papers. Looking specifically at human studies, this dwindles down further, to 80 papers.

There have been no meta-analyses (M/A), nor systematic reviews (S/R), conducted on the term ‘sarsaparilla’ nor ‘smilax’. There have been ten reviews in English, seven of those related to humans.

Separate research in to its component parts, such as saponins and plant steroids, is available and may be extrapolated to the benefits of SAR. This is touched on, below.

With both the quantity and quality of research on this topic currently lacking, especially in human subjects, making definitive conclusions on SARs potential benefits is difficult.

Does It Have Anti-Tumour or Cancer Preventative Properties?

There were about thirty papers to consider, when running a search for SAR/smilax and cancer/tumor. On a quick scan of their titles, they mostly investigated the species Smilax glabra Rhizome (SGR) from China.

Diosgenin, a steroidal sapogenin, occurs abundantly in plants such as SAR. It has revealed high potential and interest in the treatment of various types of disorders, such as cancer. (2) There are about eighty papers on the topic of diosgenin and cancer, with none of them being M/A nor S/R papers.

A laboratory-based paper examined the anti-growth activity of five saponins isolated from SAR, and it was compared in six human cell lines derived from different tumor types. One of the saponins was shown to be particularly active against the HT29 colon tumor cell line. (12)

SGR has been paid attention in several types of cancer cells. Of the more recent studies, one laboratory-based study found that SGR could effectively inhibit the spread and invasion of the SGC7901 gastric cell line. (3) Another laboratory study revealed a new anti-tumor function of SGR in counteracting the invasiveness of a subset of cancer cells by inhibiting TGF-β1 signaling. (4)

There are a number of other such laboratory-based studies, generally published in lower impact journals, showing overall positive results for SGR (SAR) as an anti-tumor agent. It would suggest that higher quality studies in this area might be worthwhile.

Bottom Line: There is growing positive evidence, generally from laboratory studies, suggesting that SAR (notably, the species from China, SGR), may have anti-tumor properties. However, higher quality research is needed, including human trials, to be able to make any firm conclusions or recommendations.

Does It “Protect The Liver”? Does It Have “Natural Diuretic and Detoxifying Properties”?

Again, there have been no reviews conducted in this area and about twenty other papers to consider. I will mention a few of the more notable ones.

In terms of detoxification, results from one laboratory study suggest a potential use for SAR (specifically, the SGR species) in the detoxification of nicotine in the food industry. (5)

With regards to the liver, the protective effects of SGR on carbon tetrachloride-induced liver-toxicity in rats was explored. They found that this species of SAR was effective in protecting the liver. (6) Another rat study also found liver-protective effects, this time from SAR species Smilax zeylanica L., in paracetamol-induced liver damage. The SAR was found to alter the damage caused by paracetamol on the liver cells. (7) There were a few other laboratory studies, with similar conclusions.

Lastly, as a diuretic. I found a couple of papers here on a smilax species from the Canary Islands, where the root, leaves and stems have widely been used in folk medicine on the island, namely as a diuretic. A study on laboratory animals, “reaffirm assertions made regarding the effectiveness of the extracts of this plant against urinary pathologies in the Canary Islands folk medicine.” (8)

Bottom Line: Especially in terms of protecting the liver, there is some positive preliminary evidence from animal studies to suggest SAR may be effective. However, once again, better quality research is required, including human trials, to reach a sound conclusion.

Does It Promote Hormonal Balance?

It’s written that saponins and plant steroids, found in many species of plants (including SAR), can be made in to human steroids (such as oestrogen or testosterone) in the laboratory. Plant steroids and their actions in the human body have been a subject of much interest, sketchy research and, unfortunately, disinformation - mainly for marketing purposes. SAR has previously been marketed to contain testosterone and/or other anabolic steroids.

While it is a rich source of natural plant steroids and saponins, SAR has never been proven to have any anabolic effects, nor has testosterone been found in SAR or any other plant source thus far. I found virtually no evidence that SAR promotes hormone balance.

Bottom Line: No evidence that SAR promotes hormonal balance. Although SAR contains a number of plant steroids, there is no evidence at this stage that they can then create human steroids in the body.

There was virtually no available literature in this area, nor in the wider field of immunity.

Bottom Line: No evidence that SAR helps with these conditions. Does It Naturally Treat Skin Problems?

The flavonoid astilbin is the major active component extracted from SGR, the SAR species from China. A 2017 laboratory study investigated astilbin as a potential treatment for psoriasis. They found that it was effective in stopping the growth of certain skin cells. Psoriasis is characterized, in part, by excessive growth of skin cells. They suggest that astilbin may be a “promising agent for psoriasis treatment”. (9)

Another laboratory study, assessing astilbins effectiveness in psoriasis, likewise found that it may have potential in the immunoregulation of psoriasis. Likely, its ability to alleviate psoriasis-like skin lesions, they suggest, is through its ability to inhibit significant inflammation. (10)

There were a couple or so other papers in this area, but they were not overly significant.

Bottom Line: Some laboratory evidence exists suggesting astilbin, a flavonoid obtained from SAR, may be effective in treating psoriasis. However, higher quality research, including clinical trials in humans, is required.

Are there any risks or side effects to consumption?

Excessive dosages of SAR have reportedly been linked to stomach upset. Other suggested side-effects include diarrhea and asthma (from inhaling the root dust). (11)  No known toxicity concerns have been documented for SAR.

Preliminary evidence for SARs effectiveness in cancer-prevention and liver-protection, and to a lesser extent as a treatment for psoriais, does exist, albeit the quality of studies is, overall, not great.

Better quality research in this area, including clinical trials in humans, would provide greater insight in to the potential role for SAR in specialised areas of healthcare. For now, much of its charm seems to come from anecdotal evidence from the past.