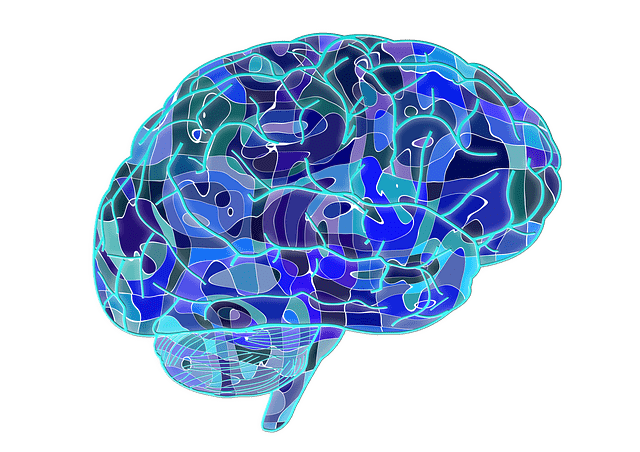 Since time began, mankind has been looking for ways to extend lifespan and generally boost mojo- the all elusive elixir of life or the philosophers stone. Much is written in cult literature describing odd, sadistic and illegal rituals using numerology, sacred geometry, and even child-sacrifice as attempts to hijack the life-force of another.

Nootropics, such as piracetam, are agents which are believed to improve learning and/or extend life by protecting the brain against external damage. Whew, that sounds all bit less extreme. But does it work?

Neurotransmitters are small chemicals that act as messengers in the nervous system.

Piracetam (2-oxo-1-pyrrolidine acetamide) is structurally a derivative of the brain neurotransmitter, GABA (gamma-amino butyric acid). It modulates the activity of other neurotransmitters such as choline, noradrenaline, and glutamate. Here is the scientific oddity. Even though piracetam is derived from a neurotransmitter, this does not explain its mode of action.

The membranes of human cells are made up of a double layer of lipid (the lipid bilayer). Fluidity of this double layer membrane is believed to be paramount to a wide range of essential cellular functions including ion transport and enzyme activation.

Pirateam is believed to bind to the cell wall bilayer and modulate the activity of the bilayer which in turn (indirectly) affects the functioning of neurotransmitters.

From a neurological perspective, piracetam focuses on the area of 'fluid intelligence' which is the ability to stay focused while ignoring irrelevant material. Hence Fluidity Concept #2.

We will deal with Fluidity Concept #3 later in the article.

Piracetam was first marketed in 1972. This also becomes important in later sections of this article.

Piracetam has a bioavailability of 100% which means that the absorption from the stomach is identical to that of an intravenous injection. That is generally considered to be a positive feature of any medicinal agent.

It crosses the blood-brain barrier and enters the brain.

It is not metabolized by the body and is excreted unchanged in the urine.

Piracetam has not received approval from the FDA. This means that it is not available by prescription or as a supplement in the USA. Some people like to say that piracetam does not yet have approval from the FDA and justify this because it was only first marketed in 1972.

Maybe we need to remember the fact that there is a huge range of anti-HIV medicines which have received FDA approval and HIV has not even been discovered in 1972. In fact, AZT, which is the first drug tried in HIV was first used in 1987.

Piracetam is available on prescription in some countries outside of the USA.

I am not endorsing this but.... some people in the USA use mail order and source piracetam from countries such as Mexico/Argentina.

There are 112 results for the search term 'piracetam' on Amazon.com. It turns out that these are just keyword traps or clickbait. These 112 results are for other brain supplements. I assume that the marketing hope here is that people will buy these other supplements when they realize that piracetam is not available in the USA.

When I switched over to Amazon in Mexico, I found 54 different types/brands of piracetam for sale of prescription. Again, I am definitely not recommending this but just reporting what I find.

There are almost 4000 publications related to piracetam including almost 600 clinical trials. The vast majority of these publications date back to pre-2000. I was curious to see what research might be going on nowadays on piracetam and checked out www.clinicaltrials.gov (1). Clinical trials are supposed to be registered with clinicaltrials.gov and currently, there are 8 trials registered with this site but only 3 of these trials are active.

To put this into context, memantine which is used in Alzheimer's Disease has a similar number of publications but 168 trials registered on www.clinicaltrials.gov. 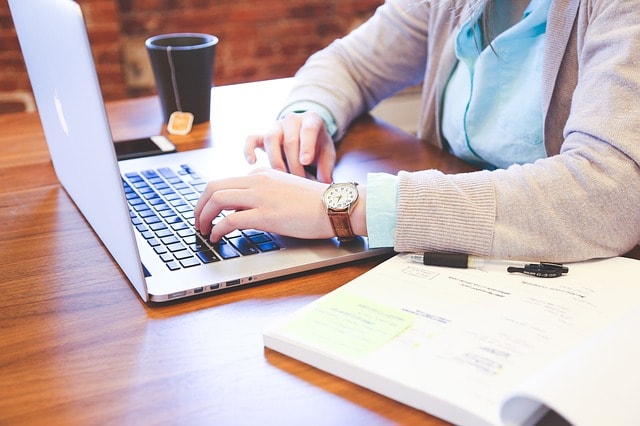 Australian investigators did a full Cochrane review of the role of piracetam in dementia and cognitive impairment.

Initially, this sounded like a very promising and rich data source. Unfortunately, the authors ran into a very significant challenge - untraceable data. Many of the studies were old and did not conform to standard research methodology and could not be used in the review. Using the available useable data, no significant difference could be found between the treatment and placebo groups for cognition (immediate memory, visuospatial skills) and/or depression.

There is no evidence to support a role for piracetam for cognitive improvement.

Does Piracetam Show Protective Effects After Surgery or Shock?

Open heart surgery has saved the lives of millions of people all around the world. Techniques in cardio-thoracic surgery continue to improve. Despite this, a very real and present danger in open-heart surgery is a reduction in cognitive function post-operatively. Patients notice this, loved ones notice this and physicians notice this. Not everyone is affected, but many people are.

Romanian physicians compared the effect of placebo to piracetam on cognitive function in 98 patients undergoing open-heart surgery (3). The patients were randomized to either placebo or piracetam from the day before surgery to 6 weeks after surgery.  A battery of 12 neuropsychological tests was used to assess cognitive function. Statistical analysis showed no significant difference in the intent-to-treat analysis.

Investigators in Berlin also studied the effects of piracetam in 88 patients undergoing open-heart surgery in a randomized, placebo-controlled study design (4).

The study showed statistically significant reductions in cognitive function in the 2 groups and no protective effect from piracetam.

A study from Ukraine studied the effect of piracetam versus placebo in 250 children undergoing general anesthesia (5).

Cognitive function was compared pre-operatively and for ten days postoperative days using a ten-word memory test. The study does not give us great detail but concludes that general anesthetic impairs cognitive function in children and that this can be reduced by peri-operative cover with piracetam.

Now to the issue of shock. Please don't read if you are passionate about dogs or generally squeamish. Turkish investigators studied 40 dogs who were divided into 4 groups:

Vital signs were monitored throughout the experiment. Blood samples were obtained and the dogs were then sacrificed for tissue samples. Piracetam was associated with improvements in BP and less brain damage. The study gives more details but I don't really want to know anymore to be honest and have no intention of re-reading the paper.

Data on protective effects of piracetam in surgery or shock are inconclusive at this time.

French investigators looked at the possible effect of piracetam in Alzheimer's Disease (7).

The 1-year, double-blind, placebo-controlled, parallel-group study looked at piracetam in 33 patients with early probable Alzheimer's Disease in Lyon. No improvement occurred in either group. On the other hand, the investigators suggest that long-term administration of high doses of piracetam might slow the progression of cognitive deterioration in these patients.

There are two main problems here. Firstly, I cannot find the data to back up the investigators' claims regarding halting disease progression? Secondly, these patients had "probable Alzheimer's Disease" which makes it difficult to extrapolate any results to patients with Alzheimer's Disease.

A study from Colombia University looked at piracetam in 20 people with Parkinson's Disease and features of dementia or cognitive decline (8).

The patients were randomized to either placebo or piracetam for 24 weeks. Five patients did not complete the trial but this was not related to the study medication. There was a significant improvement on one subtest of the functional scale but no significant effects were demonstrated in cognitive or neurological measures.

Small human clinical studies do not support a role for piracetam in Alzheimer's Disease or Parkinson's Disease.

Chinese investigators evaluated the role of piracetam in patients who were unable to speak after a stroke (9).

They looked at 180 titles and abstracts, seven trials and 261 patients in this meta-analysis. Piracetam did not benefit aphasia (inability to speak) in this patient population but did have a significant in written language skills. Even when the agent was effective, it seemed to offer early benefit which then declined.

Piracetam has not been shown to have a role in stroke. 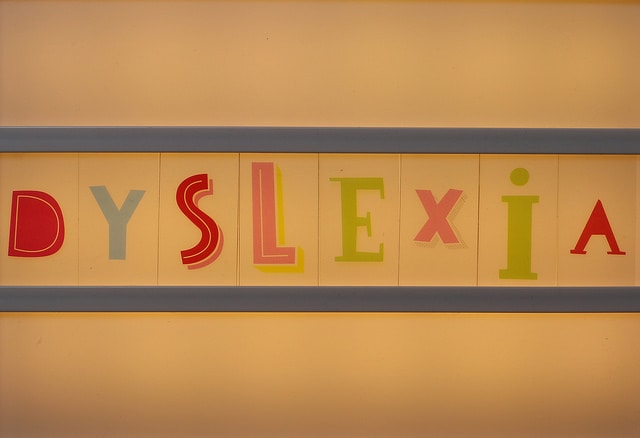 This was a 12 week double-blind, randomized-controlled trial. The study abstract reported improvements in reading and short term memory in the piracetam treatment arm of the study. There was not much more detail and certainly not any statistics to qualify this conclusion.

A follow-on study by the same group in 1987 studied 225 dyslexic children between the ages of 7 years 6 months and 12 years 11 months whose reading skills were significantly below their intellectual capacity (12).

A similar study from the Department of Psychiatry in Arkansas studied 41 boys and 19 girls with dyslexia who were enrolled in a summer school (13). This was also a randomized placebo-controlled trial comparing piracetam and placebo. In this study, no difference was noted between the treatment and placebo arms of the study.

This study group reported that piracetam did not show statistically significant improvements above baseline scores on measures of perception, memory, language, reading accuracy or comprehension, or writing accuracy. Reading speed and numbers of words written in a timed period were significantly better in subjects treated in the piracetam arm of the study.

Clinical studies of piracetam for dyslexia all date back to the 1980s and show conflicting results.

A 2106 meta-analysis from Bahrain looked at studies of piracetam in sickle cell crisis and found 3 trials involving 169 patients (15). The studies were of poor methodological quality and provided insufficient reliable evidence to support the routine use of this medication for preventing the incidence of painful sickle cell disease crises.

There is insufficient reliable evidence to support the routine use of this medication for preventing the incidence of painful sickle cell disease crises.

It is generally reported that this agent is well tolerated.

As the kidneys represent the main mode of elimination, care should be taken in people with renal disease or impairment (16).

There is too little information to guarantee the safety of this agent in pregnancy or breastfeeding and it should be avoided in these populations.

The literature does not support a role for piracetam in the major neurological diseases such as Alzheimer's disease, Parkinson's disease, stroke or dementia.

If piracetam were a celebrity, we would find it in a casino in Vegas and not on Spotify. By that, I mean, that the majority of the research on piracetam is pretty old and the research trail has gone cold.

The sad truth is that the original research was done at a time and in a way that makes it hard for us to use it to-day.  Yet again, we have failed to find the elixir of life.