In the wide world of coffee, there are countless flavors and types to choose from. There are flavored syrups and flavored coffee beans, so there are almost too many options. 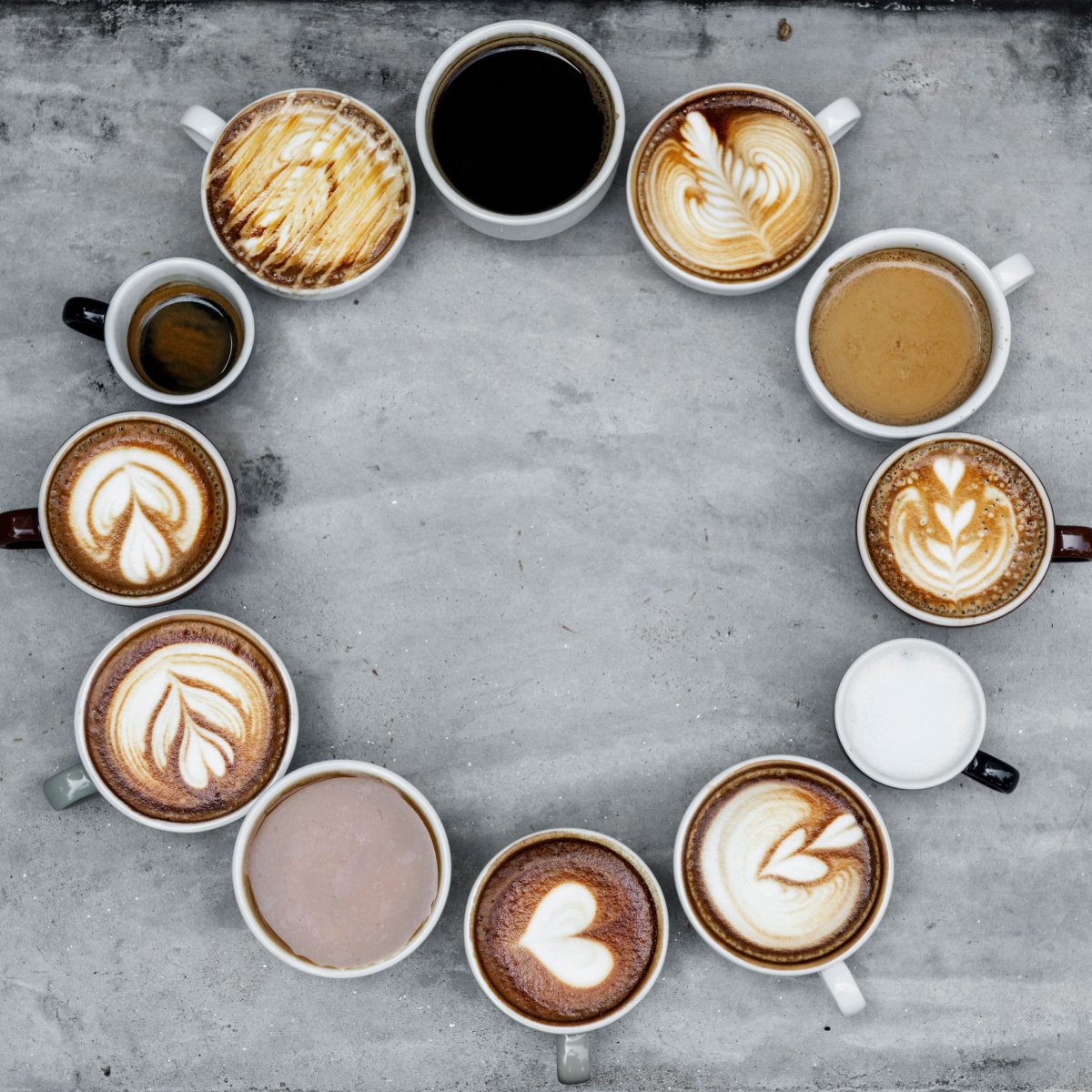 But which ones are the most popular?

I can guarantee you’ve seen many of these already at your local coffee shop.

Let’s dive into this list of the best flavored coffee!

Did you know that French vanilla and regular vanilla bean are actually two separate things?

Well, now you do.

French vanilla is a coffee flavor often used to describe a particular style of vanilla-flavored products, including coffee.

It has a rich, creamy flavor with notes of caramel and a slightly sweet, eggy taste.

I’m almost positive I don’t need to tell you why pumpkin spice made the list.

It is one of the most popular coffee flavors ever. But do you know what it actually is?

Pumpkin spice coffee has a warm, spiced flavor, typically with notes of cinnamon, nutmeg, and clove.

You can make Pumpkin Spice coffee at home by mixing cinnamon, nutmeg, clove, and a dash of orange zest into your sweetened coffee. Or, you can also order a Pumpkin Spice Latte from Starbucks.

As you are probably well aware, pumpkin spice coffee is most popular in the fall and winter. And it’s usually sweetened.

With all the coffee flavors nowadays, plain old caramel might seem a little boring.

But trust me, it’s not as boring as it sounds. I’m sure if you try it again, you’ll understand.

Adding caramel to your coffee is one of the simplest ways to alter the flavor. Caramel coffee is a flavored coffee with a sweet, rich flavor. So, it means you won't need to add extra sugar.

Caramel coffee is a popular choice for coffee drinkers who enjoy the sweet, indulgent flavor of caramel in their coffee. It is often served with cream to enhance the caramel flavor.

Mochas hold a special place in my heart.

They were my first introduction to espresso-based drinks. But really, who doesn’t love chocolate? A mocha is a type of coffee beverage that combines espresso, chocolate, and milk.

It is typically made with espresso, steamed milk, and chocolate syrup or cocoa powder, which gives it a rich, chocolatey flavor.

Mochas are often topped with whipped cream and chocolate shavings or sprinkles. They can also be served hot or iced, depending on preference.

Hazelnut is somewhat of an oddball on this list, but I mean that in the nicest way possible.

This is more of a coffee bean flavoring than a sugary, seasonal one.

Hazelnut coffee is most popular as a flavoring for coffee beans rather than for sweet seasonal drinks. It is one of the most popular flavorings you can find when looking for zero-sugar, flavored coffee alternatives.

Hazelnut coffee is a flavored coffee with a nutty, slightly sweet flavor with notes of hazelnuts.

Hazelnut coffee is a popular choice for coffee drinkers who enjoy the nutty flavor of hazelnuts in their coffee.

When I was a barista, the single most popular drink I was asked to make was a vanilla latte.

And I’m sure you know about the vanilla latte because it’s such a staple on coffee shop menus. So, obviously, vanilla has a place on this list.

Vanilla coffee is a flavored coffee with a rich, creamy flavor with notes of vanilla.

Vanilla coffee is a popular choice for coffee drinkers who enjoy the sweet, creamy taste of vanilla in their coffee.

Peppermint seems to be one of those flavors that’s added to other flavors. For instance, peppermint mocha or vanilla peppermint latte.

Peppermint coffee is a flavored coffee with a refreshing, minty flavor, usually combined with chocolate or vanilla.

Peppermint coffee is a popular choice during the holiday season and is often served with cream and sugar to enhance the peppermint flavor.

Maple syrup is one of my all-time favorite coffee additions.

And if you haven’t tried it yet, you absolutely should. Maple syrup is a natural sweetener made from the sap of maple trees.

It has a distinctive, sweet, and slightly earthy flavor. So it is often used as a topping for pancakes, waffles, and oatmeal.

Maple syrup can also be added to coffee as a natural sweetener, providing a sweet and slightly maple-flavored twist.

Some also add maple syrup to milk or cream to make a maple-flavored creamer for coffee. This is a good way to balance the maple taste with a creamier drink.

I’m a big fan of cinnamon coffee. But people always ask how I flavor my coffee with cinnamon. It’s actually easier than you think.

You can adjust the amount of cinnamon used to personal preference. Plus, it can be combined with other flavors, such as vanilla or nutmeg, to create a more complex flavor profile.