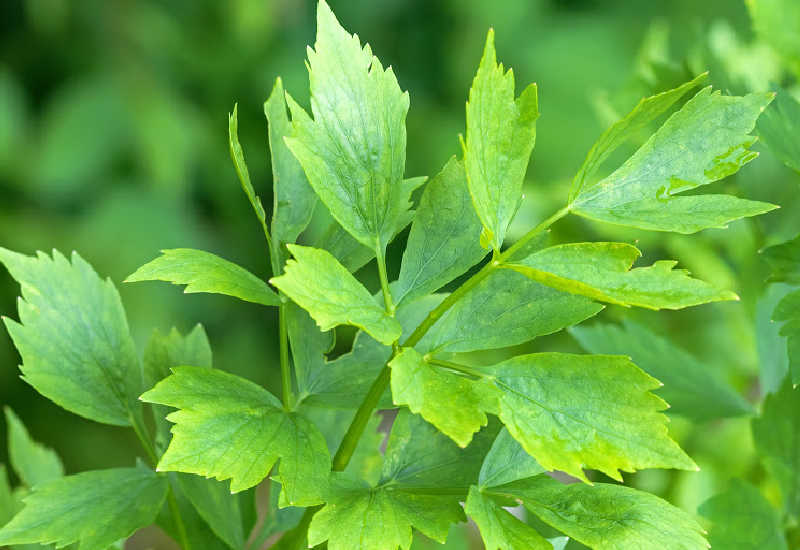 Lovage is a herb that has pointy, dark green leaves with a look and smell similar to celery. Their flavor is sharp and musky, with hints of lemon and an intense celery hit.

Finding lovage at the local grocery store isn't as easy as sourcing everyday herbs like rosemary or basil. If you can't spot any on the shelf, then you're going to need an alternative. We've pulled together a list of useful lovage substitutes to help you finish that recipe without the original ingredient.

What can I use to replace lovage?

If you've got no lovage in the kitchen then you can use celery leaves, lovage seeds, celeriac, or flat-leaf parsley. Although they aren't an exact match, you'll find they still make an excellent substitute. If you're in a pinch then you could also try Chinese celery, fennel, or Maggi seasoning. These choices will bring a different flavor to your food but won't be out of place in many recipes. 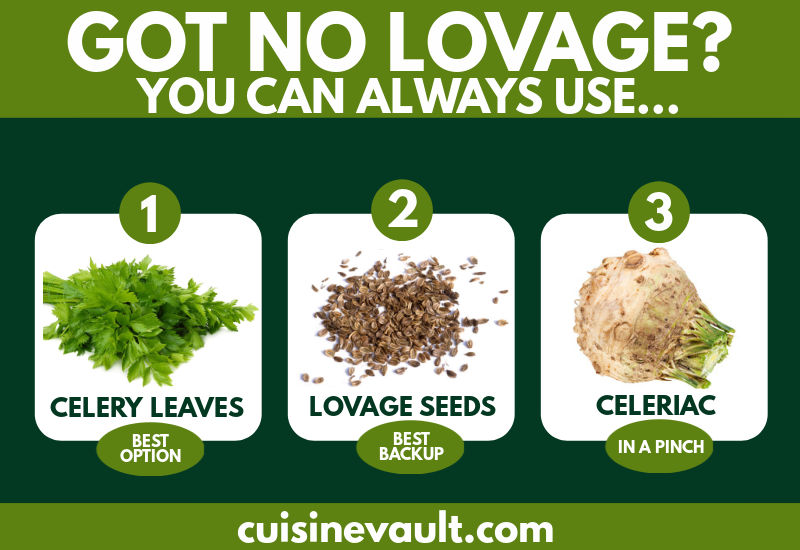 Instead of tossing out those celery leaves, put them to use as a nutritious lovage leaf replacement. The two ingredients look similar, which isn’t surprising as they’re from the same family. But more importantly, their flavor is a close match. Any recipe calling for lovage will taste equally as good with celery leaves.

You’ll need to add at least double the quantity because lovage is more pungent. Alternatively, keep the quantities the same and sprinkle in ground celery seed to dial up the flavor. This won’t be possible in every recipe, but it’s a perfect combination for adding to soups and casseroles.

If you’ve bought a bunch of celery stalks with the leaves chopped off, you could use them in slow-cooked food. This will allow the flavor from the vegetable to impart into the liquid.

Lovage seeds look similar to ajowan seeds; they’re small, brown, and crescent-shaped, with a pungent aroma. The seeds taste similar to the leaves and they’re an appropriate choice if you’re trying to mimic the flavor profile. However, finding lovage seeds can be a challenge and they’re unlikely to be available in supermarkets. Instead, try a specialty spice store.

The seeds can be crushed gently to help release their flavor before cooking. They are great for baking, adding a unique taste to biscuits, bread, and pastries. If you enjoy making cheese at home then sprinkle some in for an interesting twist. Alternatively, use them in salads and for adding an extra pop of flavor to vegetables.

Celeriac, also known as celery root, is a knobbly-looking vegetable that can be found most of the year in the grocery store. It has a crisp and firm texture with a nutty, lovage-like flavor. However, it is much milder and a sweet undertone develops once cooked which you won’t get from lovage.

When using celeriac as a substitute, the cooking applications will be limited. However, for anyone looking to add an earthy flavor to soups and slow-cooked meals, this is a suitable option. It can also be grated into sauces like remoulade or finely sliced into grain salads.

Flat-leaf parsley is another great alternative if you want an ingredient that has similar-looking serrated leaves. This herb is from the same family as lovage so they share some similar flavor notes.

Parsley is easy to find in stores, but it has less flavor than lovage and nowhere near the same levels of aroma. Try using a sprinkle of ground celery seeds to give your food a little more oomph.

Related reading: How do parsley and cilantro differ?

If you have an Asian grocer nearby then try to get your hands on a bunch of Chinese celery, which looks a lot like regular celery. Its flavor is similar also, except that the Chinese version is more fragrant, pungent, and has a peppery undertone. Unlike regular celery, this vegetable is best cooked to tame its punchiness.

Pair Chinese celery with chicken, turkey, lamb, or ham. It is delicious sauteed or added to fried rice and stir-fry dishes.

If you’re in a pinch consider using fennel stalks to replace lovage stalks. They have a similar look and texture and both share a comparable anise flavor, although in fennel its stronger. With this alternative, consider tossing in celery for a well-rounded balance of flavors.

For a convenient way to add lovage-like flavor to your recipes, Maggi seasoning is a handy option. It is effective for adding savory flavor to meat or vegetables and requires no chopping, peeling, or slicing! Use Maggi seasoning for savory dishes but look for other options if you’re on a low-sodium diet.

Related reading:
Learn about how to use aromatics in cooking.
What ingredients can be used in place of sage?
What is a good chervil alternative in cooking? 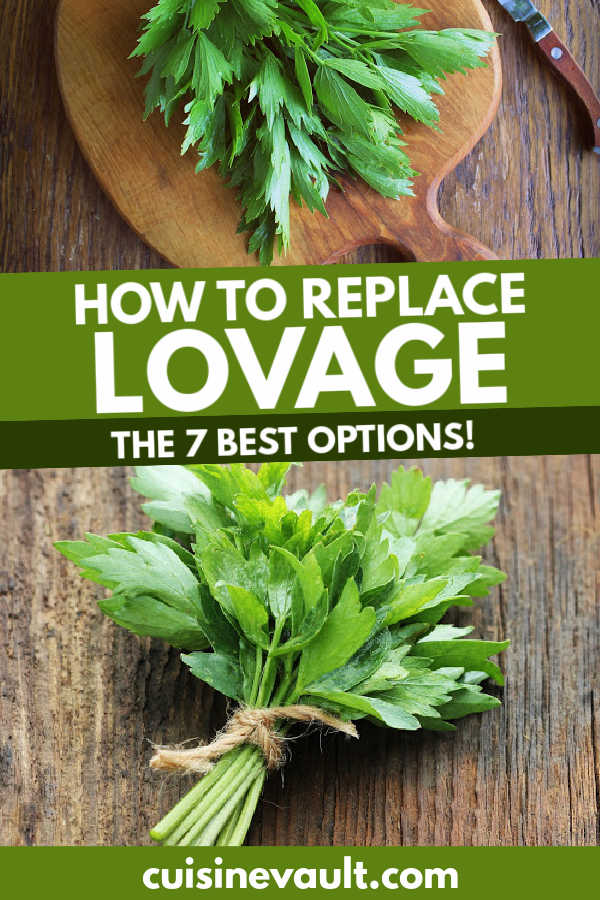 What is a good substitute for lovage seeds?

The best option for replicating the taste, texture, and aroma of lovage seeds is celery seeds. They can be used in the same applications as lovage; however, increase the quantity of celery seed to compensate for the pungent lovage flavor.

What is a good substitute for lovage root?

To replace lovage root in cooking your best all-rounder is celeriac which offers a comparable flavor and texture. Celeriac is a little blander so you may want to add some crushed celery seeds to increase the celery notes which you would normally get from lovage root.

Lovage is a useful herb for enhancing the flavor in food, but it’s difficult to locate in many shops. The easiest solution is to grow your own at home. The plant grows like a weed so you’ll never need to worry about finding alternative options. But that’s a long-term solution. If you need a lovage substitute now then use celery leaves, lovage seeds, celeriac, or flat-leaf parsley. If possible, add a sprinkle of crushed celery seeds for more flavor – these are commonly found in the spice aisle of the grocery store.

The options we provide assume you want a similar flavor in your food. For something different, try cilantro (aka coriander) if you like strong flavors. Of course, you might like to simply leave the lovage out of the recipe. In most cases, this herb won’t make or break the dish.

To find out more about herbs, be sure to check out our ultimate guide to cooking with herbs.

What recipe are you making that calls for lovage? Please let us know in the comments below.