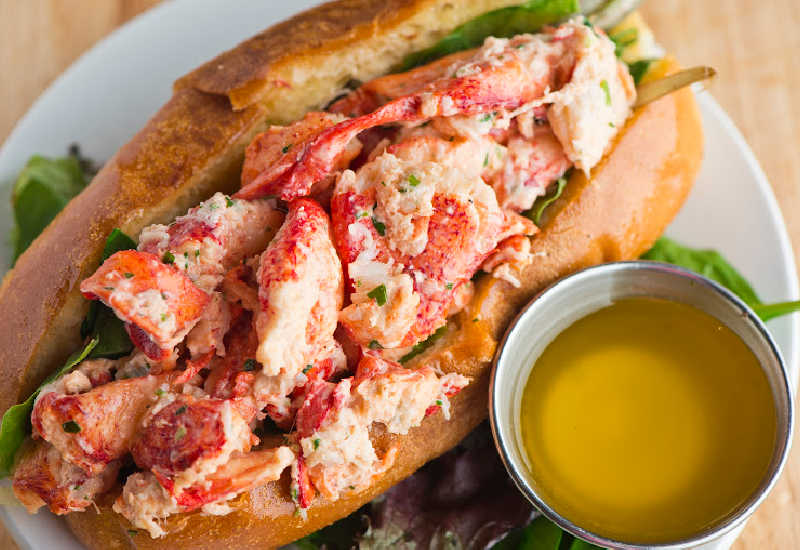 Lobster is a crustacean that has sweet flesh with a firm and soft texture. It’s a popular option on the restaurant menu and can be steamed, pan-fried, grilled, or incorporated into a bisque or salad.

Depending on the time of year lobster can reach a high price. If your next recipe calls for the use of this luxurious meat, then you may need a lobster substitute. Keep reading to find alternative seafood options that will still taste delicious for tonight’s dinner.

What is the best substitute for lobster?

To replace lobster in your next dish the best options are monkfish, crayfish, crab, or langoustines. They won’t perfectly mimic the taste and texture, especially if they’re cooked on their own. But once the replacement seafood is added to a bisque or combined with other ingredients many won’t know the difference.

Fresh monkfish is a mild-flavored white fish that has a subtle sweet undertone like lobster. It is referred to as “poor man’s lobster” thanks to its low price and comparative taste. If you’re making a slow-cooked meal like paella or stew, then you’ll find this fish is an excellent option. Its firm texture holds up well to heat and won’t break up like many other fish varieties do.

The crayfish, or crawfish, provides a unique sweet flavor that has a slightly salty, mineral undertone. Crayfish and lobsters have a similar appearance and their preparation method in cooking is almost the same. Most importantly, a crayfish has a very similar flavor to lobster, although it does have a less salty taste.

The biggest difference between a crayfish and a lobster is their size. Crayfish are a mini version of the lobster measuring 3-6 inches on average, while a lobster can grow up to 25 inches!

If the recipe you’re using calls for lobster claw meat, then crab is a good option. It has a mildly sweet flavor and holds up deliciously in bisques. Other tasty options for using crab meat include crab cakes or adding them to a seafood pasta dish.

The texture of crab meat is flakier than lobster and its flavor is sweeter. For some, these differences may provide a better flavor than the original seafood.

If you can buy blue crab then we recommend it. You can get a full guide on the taste of blue crab here. 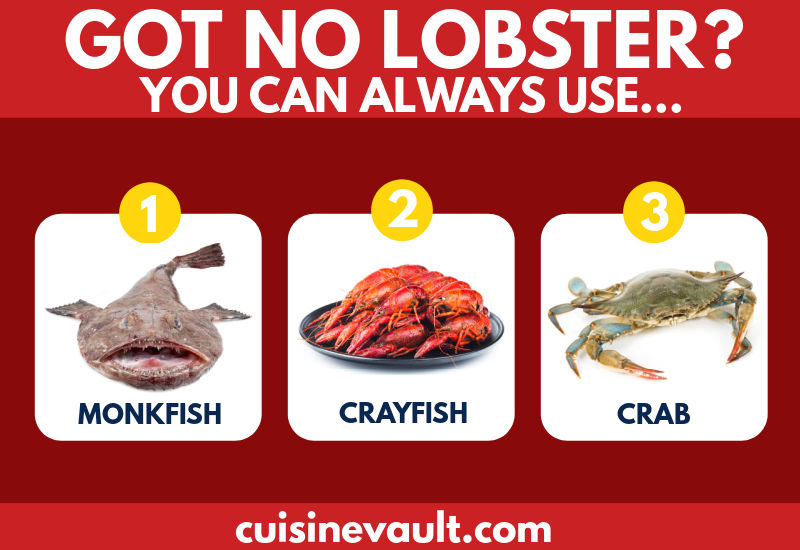 Monkfish, crayfish, and crab are all useful lobster replacements.

Langoustines, or scampi, look a lot like crayfish but they’re a part of the lobster family. The tails of young specimens are revered for their sweet meat. Mature langoustines provide a lot more meat in their claws and body, but they don’t have as much flavor. An average-sized langoustine is smaller than a lobster with a more subtle flavor profile. They are sometimes called Dublin Bay prawns or Norway lobsters.

Scallop meat is sweet and delicate with a subtle taste of the ocean that isn’t overly fishy. These shellfish taste similar to lobsters although there is a stronger briny flavor, and the texture is firmer. If you decide to use scallops, then watch the cooking time closely as they can easily overcook.

Choosing jumbo shrimp that are large and meaty will provide a great lobster replacement. They can be added to slow-cooked food towards the end of cooking or added to a bun as an alternative to lobster roll.

You will find that shrimp has a little more taste and sweetness than lobster, but it’s not a bad backup ingredient if you’re in a pinch. If you can source Argentinian red shrimp, then choose them. They are caught in deep water and carry a similar sweet flavor profile to the lobster.

Clams can be eaten cooked or raw and they provide a combination of salty, sweet, and fishy flavor in one mouthful. Although they won’t closely mimic lobster meat, they are versatile shellfish that can be grilled, baked, or steamed. Clams are delicious added to a Manhattan or New England style chowder and are at home in pasta.

Top chefs would be dismayed to see surimi, or crab sticks, featuring on this list. In fairness, it is an inferior product compared to a fresh lobster tail. The meat is made from Wild Alaskan Pollock blended with water, sugar, preservatives, and a range of other ingredients.

For those on a budget though, surimi is a suitable substitute for using in salads, soup, and lobster rolls. It combines well with Thousand Island dressing or any creamy sauce.

If you’re on a plant-based diet then hearts of palm provide the perfect substitute for making a vegan lobster roll. Combine a 14oz can with a tablespoon of Old Bay seasoning, a clove of minced garlic, ¾ cup of vegan mayonnaise, and a splash of lemon juice.

This mixture can be stuffed into a fresh roll to make a creamy, flavor-packed vegan lobster roll. 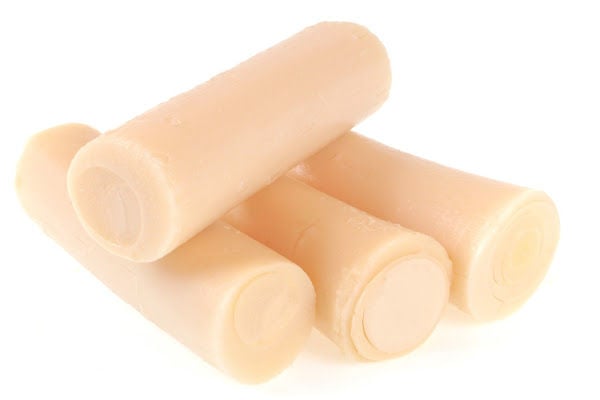 Hearts of palm are an excellent plant-based option.

What the seafood experts say

The list of lobster substitutes above is based on the opinions of Cuisinevault staff. However, our team decided to bring in the heavy-hitters to get their thoughts - we reached out to a selection of seafood industry professionals to get their opinions on what works well as a lobster replacement. Here's what they said. 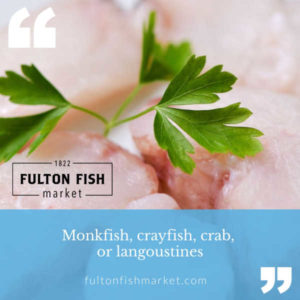 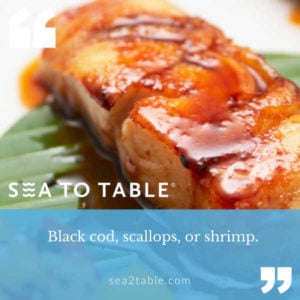 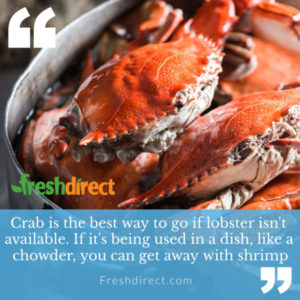 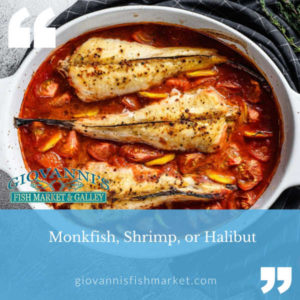 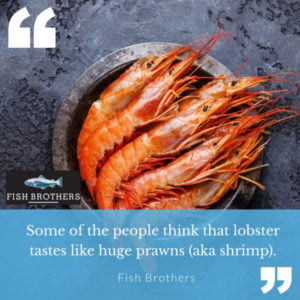 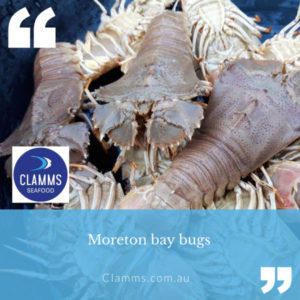 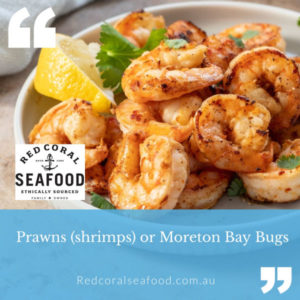 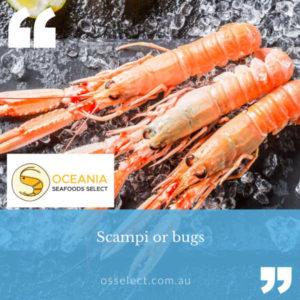 Why is lobster so expensive?

In most parts of the world, lobster tends to be quite expensive. The reason for this high price comes down to supply and demand. Crustacean numbers continue to dwindle while demand is increasing, in part, due to a growing middle-class population in countries like China.

Related reading:
What do mussels taste like?
How can I replace Old Bay Seasoning?
How do roe and caviar differ?
Does octopus taste any good?

Lobster is a delicious variety of seafood with delicate, sweet-flavored meat that is perfect for dipping into melted butter, stuffing into fresh rolls, or used to make a creamy bisque.

Not everyone will want to pay a high price for this ingredient. To replace lobster in recipes, try monkfish, crayfish, crab, or langoustines as your first options. They will do an excellent job of mimicking its flavor and texture, although there will be some subtle differences.

If you can’t get your hands on any of these then consider using scallops, shrimp, or clams in a pinch. Remember that just because the ingredients on this list taste a little different, it doesn’t mean they’re not as good.